This is definitely the time of year for starlings. They are massing in large flocks and filling the air with their incessant chatter. These ones are on their favoured tree at the rear of our garden. 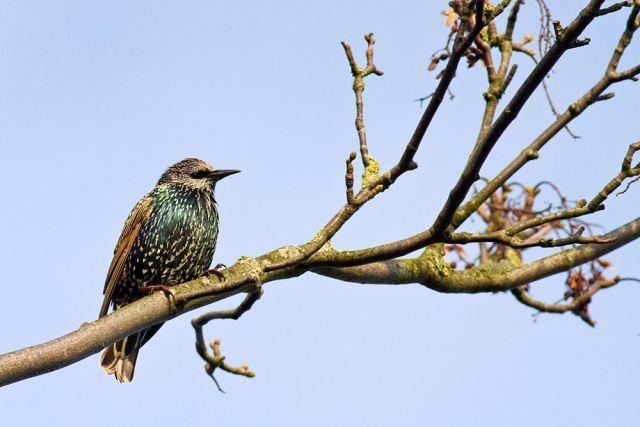 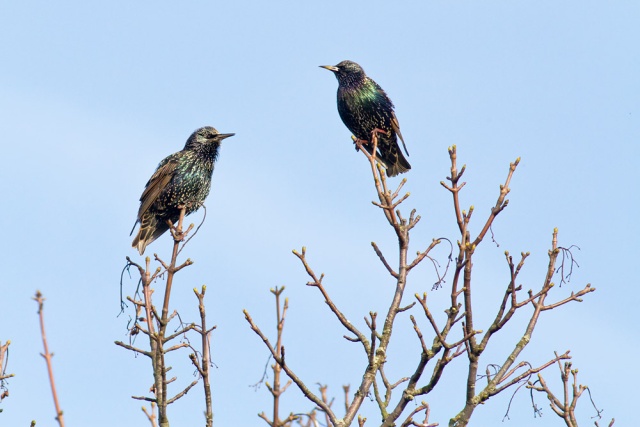 We still have some butterflies around, to go with the recent dragonfly sighting. There were a pair of red admirals in the garden, but only one settled. It looks a bit worn, but that's not really a surprise this late in the season. I've seen worse! 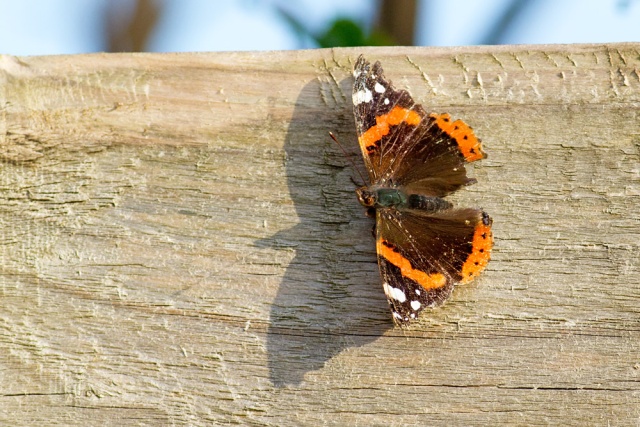 Later in the day I headed out to the Downs. It was quiet, and apart from a few more flocks of starlings the only other bird I photographed was a meadow pipit. At least I think that's what it is. I'm no expert at identifying the smaller brown birds so I could be wrong. 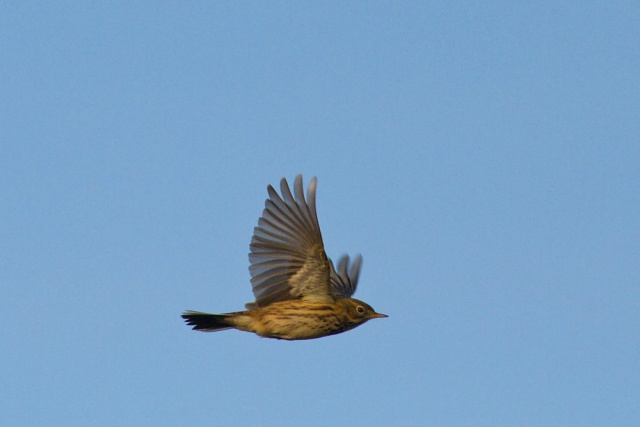 This next shot is of one of the hazards on the local golf course, taken just as the sun was dropping low in the sky. 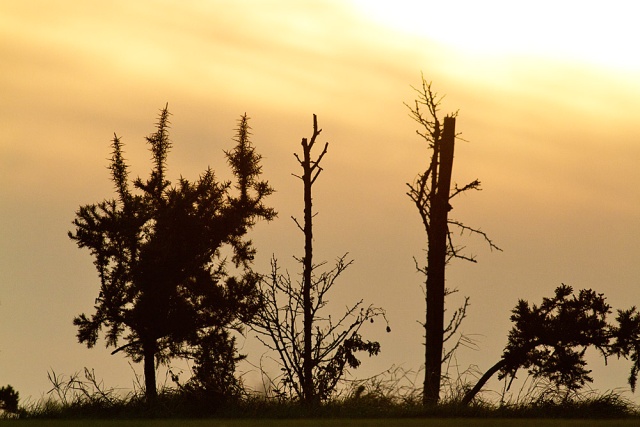 The other hazard (from a photographer's perspective) are the golfers, but they were on the back 9 and a safe distance away. 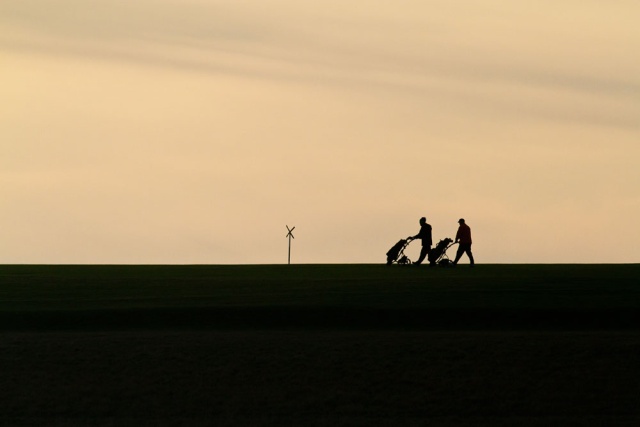