Well it had to happen. I've been watching the nest for a couple of weeks or more and today caught the first glimpse of the newly hatched chicks. They're herring gulls, now red-listed as among our most endangered species. This reflects a general population decline and loss of habitat. Locally, however, they are among our most common birds and are the symbol of our local football (soccer) team, Brighton & Hove Albion (nickname, The Seagulls). These chicks were born in sight of the club's new stadium. There are three in the brood. 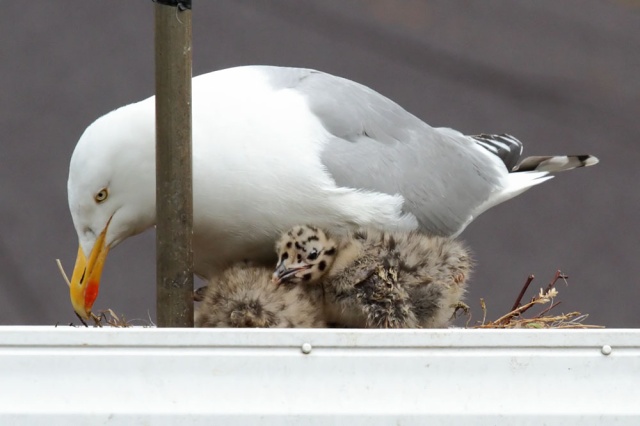 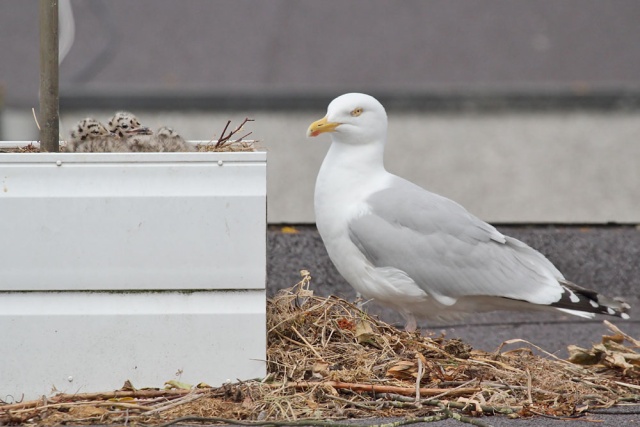 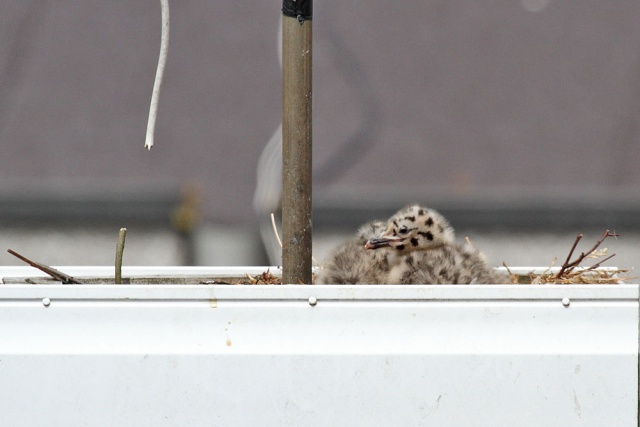 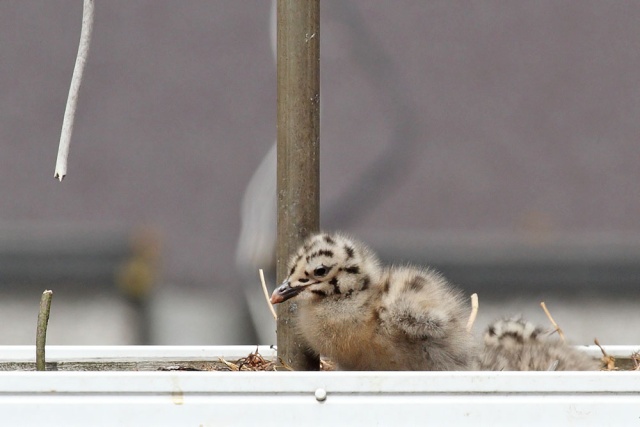 Earlier in the morning I'd been down to the pond, where I took this shot of a moorhen on a nest, and a heron. 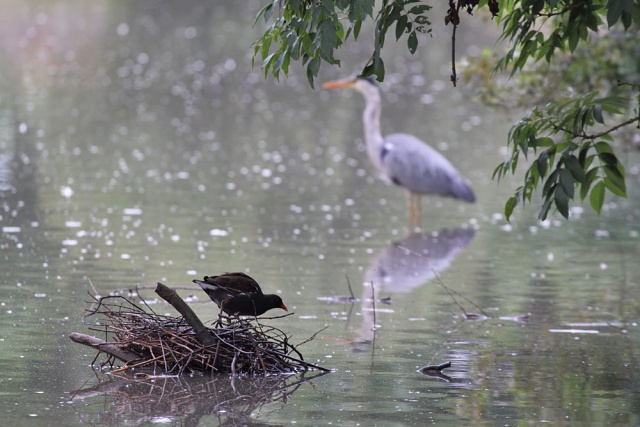 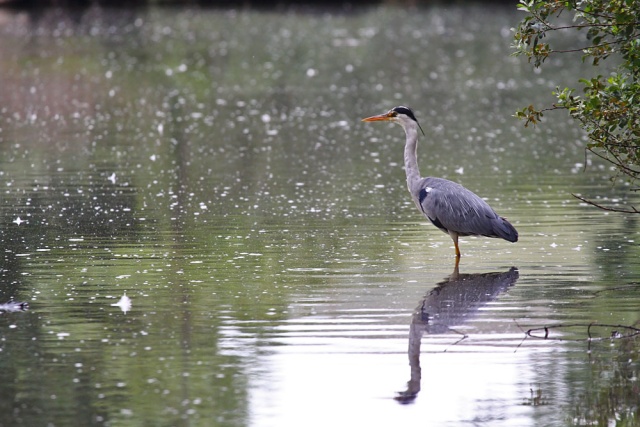 At luncthime I went out to see one of the local poppy fields. The poppies colonise areas where the soil has been turned, so at this time of year swathes of the rural landscape turn red. It can be quite spectacular. This was a relatively small area in the corner of a local field. 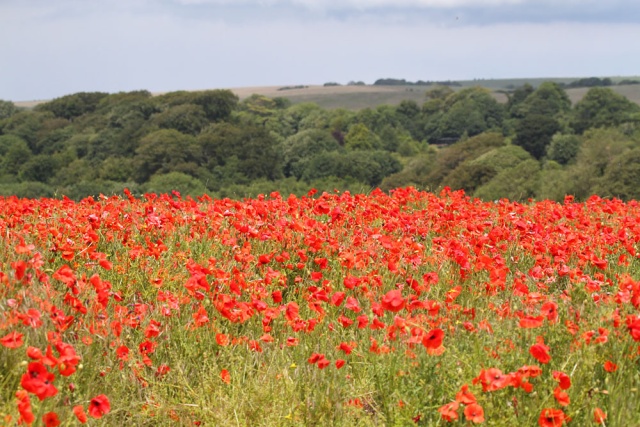 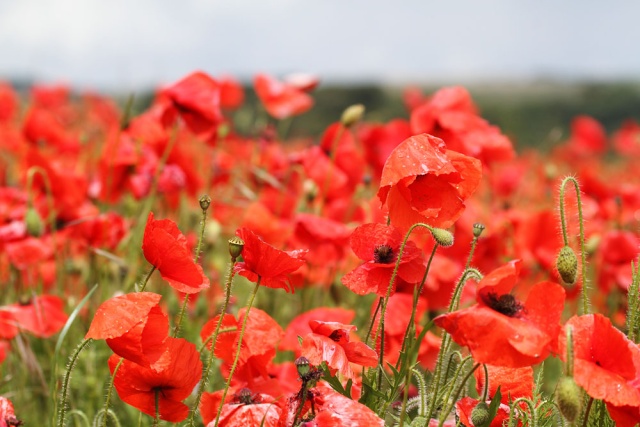 It's raining this evening (much needed), but I did have some success out in the garden during a brief respite. Shutterbug appeared, once again accompanied by the cub. It was slightly bolder tonight, willing to stand out in the semi open and disappearing and reappearing several times. I risked one photo from around 30 feet away. 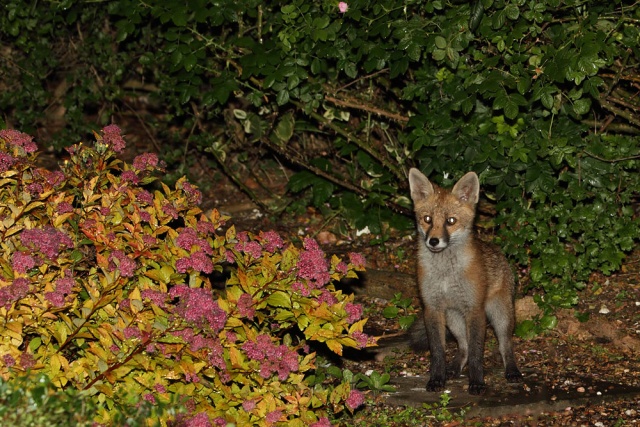