Some more images of commonplace birds, this time the blackbird (Turdus merula). For the male at least, the naming is clearly descriptive: the blackbird is indeed black. It generally also has an orange beak, tongue and eye-ring. Less often the beak and eye-ring are red, but orange is the classic and most common form. 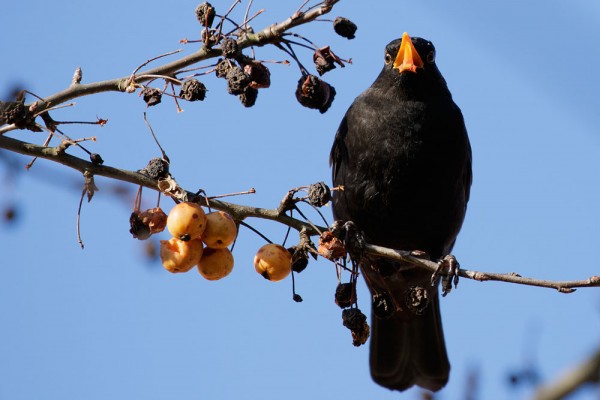 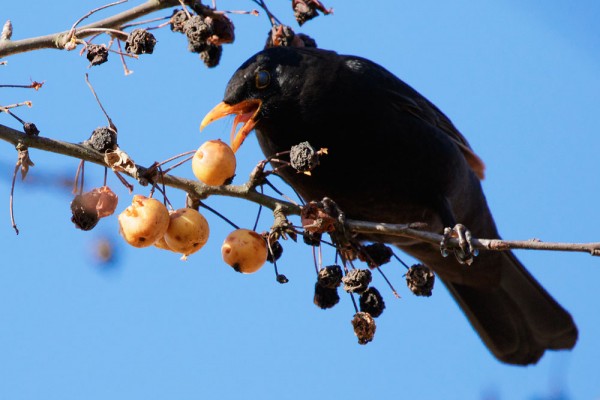 Those were taken yesterday (but were put to one side in favour of the wren. The next three shots were taken today, on the edge of a woodland path. It’s the female of the species, and she is brown… from beak to tail. 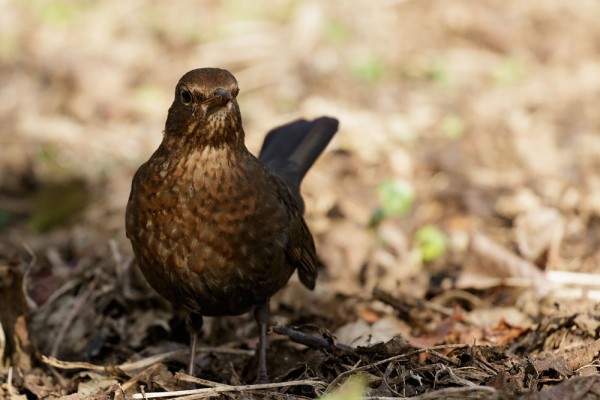 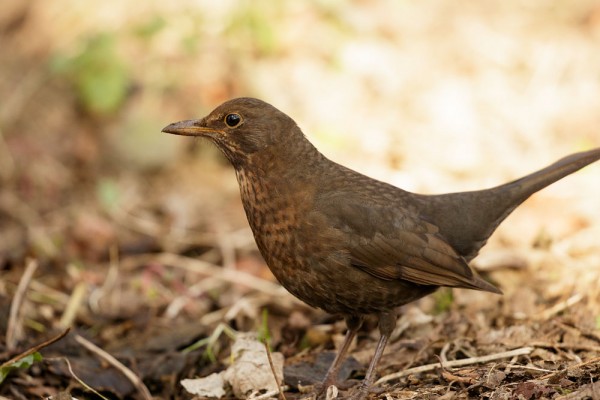 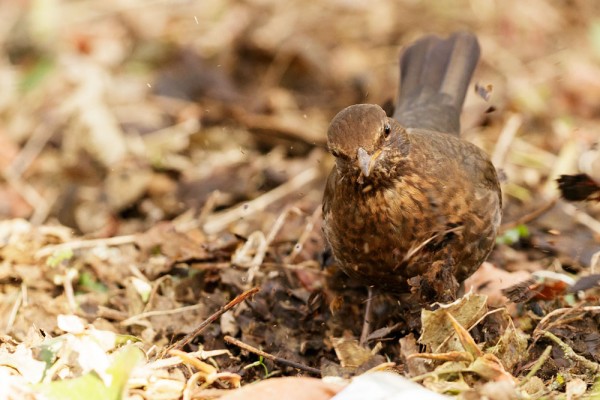 This entry was posted in Birds, Wildlife and tagged blackbird.