Butterflies, Dragonflies and a Bat…

Glorious weather today, and perfect for visiting Castle Hill nature reserve. The area is classic chalk downland, and a haven for butterflies. Today the most evident were small blue butterflies. These test my powers of identification to breaking point (there are around half a dozen variant species), so I'm not even going to attempt a guess. What I do know is that as I walked along the grass paths, periodic clouds of blue erupted into the air creating a beautiful and delicate spectacle. 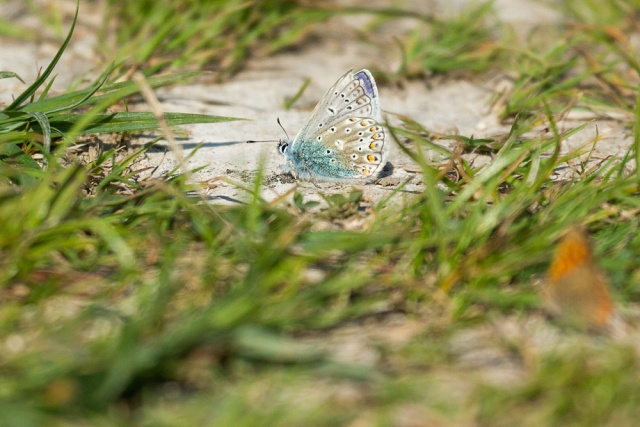 If you look closely you'll see at least seven in this shot. 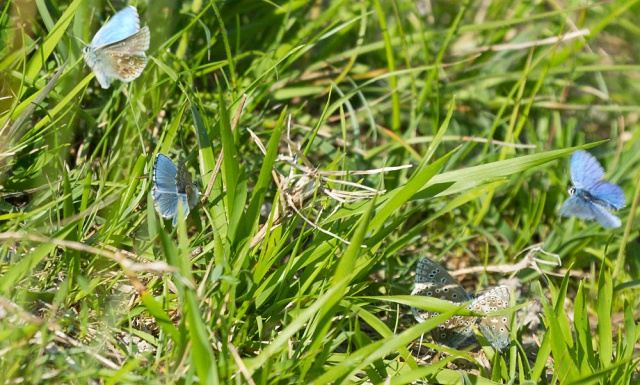 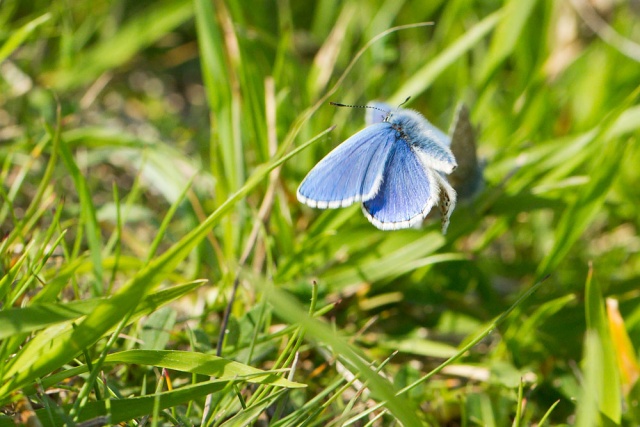 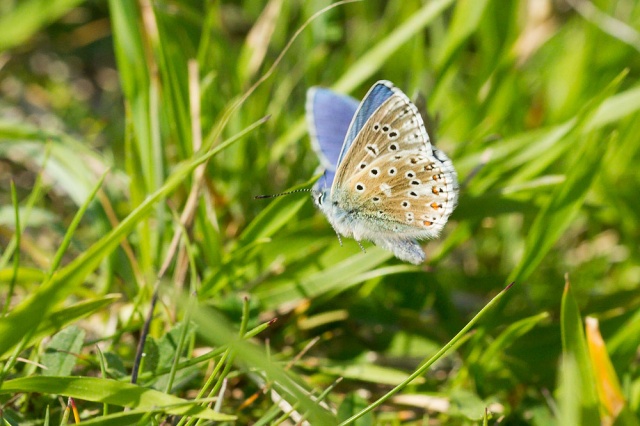 Pretty as the butterflies are, I'd actually gone to find something else. Earlier in the day I twice spotted a broad-bodied chaser dragonfly in the garden. They didn't settle, but there are several local sites where they are relatively easy find at this time of year, one of them being the dew pond at Castle Hill. This first shot is a somewhat battered male. It's a typical shot of a male, perched on a pond-side stalk. The males are rapid and erratic in flight, so photographs tend to be static shots. 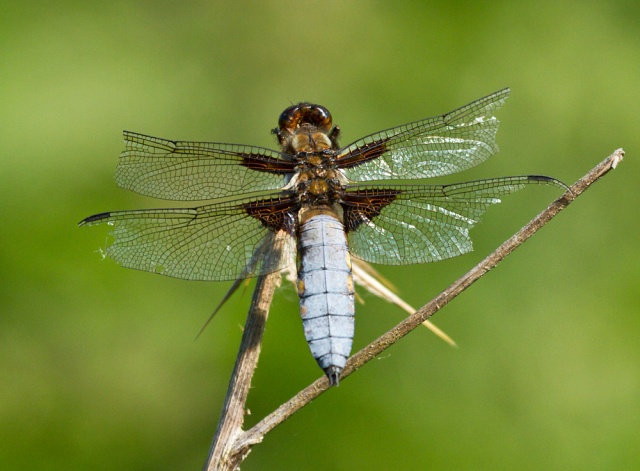 The females are golden in colour and are my favourite dragonfly to photograph. When laying eggs they hover over a single point in the water, darting back and forth repeatedly. It's then just a question of holding a fixed focus point and firing the shutter to get an 'in flight' shot. 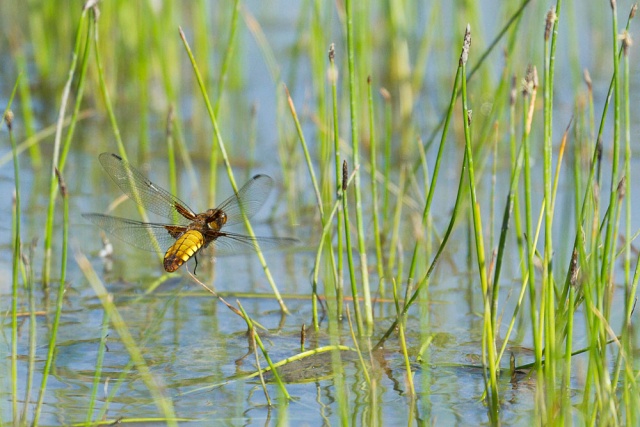 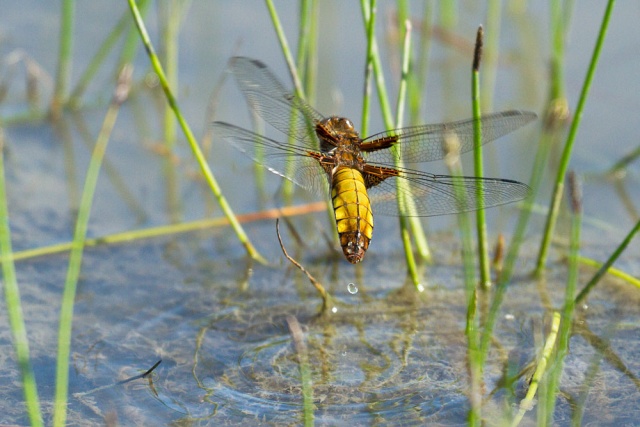 Several foxes and a couple of cubs were on the trail cam last night, but the video features one of the other nightly visitors: a bat. The camera was triggered by the fox (top left ot the frame). The bat enters from the right.