Little to report from the pond this morning, although the resident cormorant did put in a brief appearance. The light was poor and although I grabbed a few shots this is one of the few to have escaped the recycle bin. 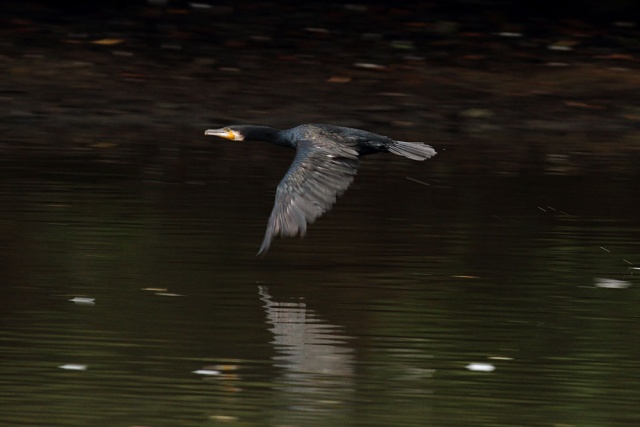 The ducks were making a bit of splash. These two drakes were engaged in some sort of territorial spat. 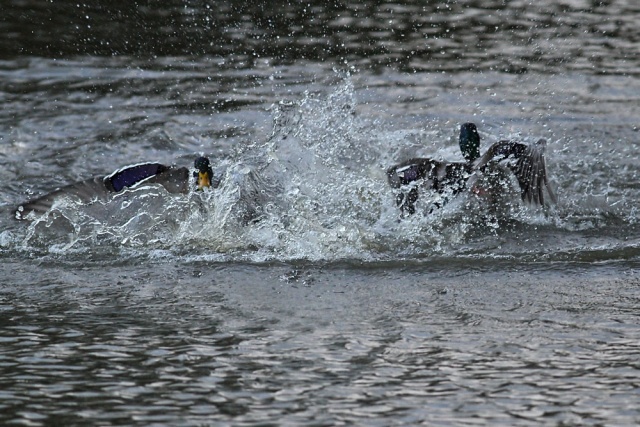 The day was not entirely wasted though. Later on I came across a large flock of Canada geese. These large geese are year-round residents and were happily grazing a field. 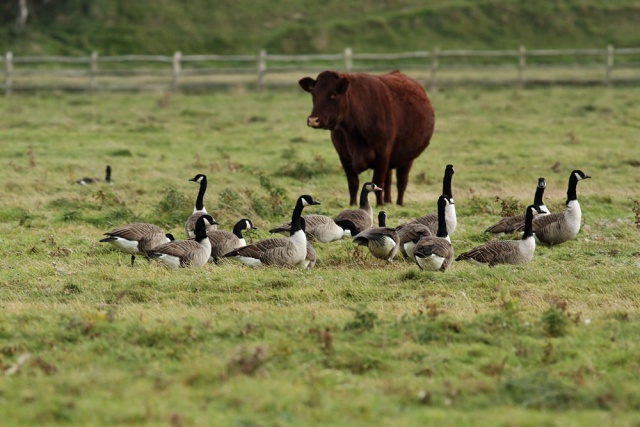 Well they were until they suffered a bovine interruption. Still it gave me a chance to take some shots of the flock taking off. 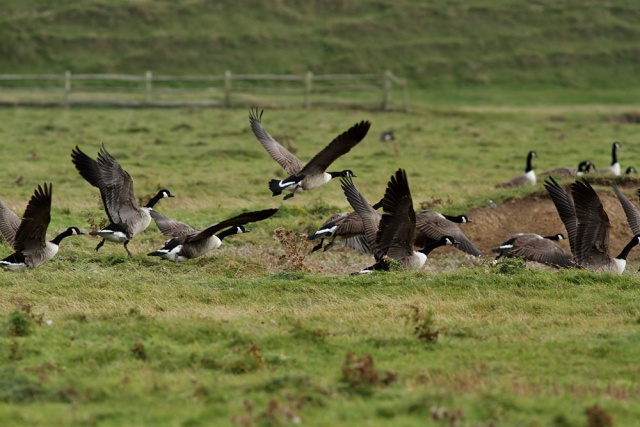 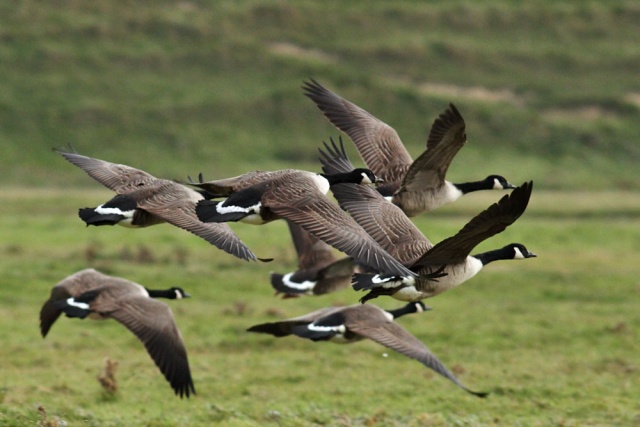 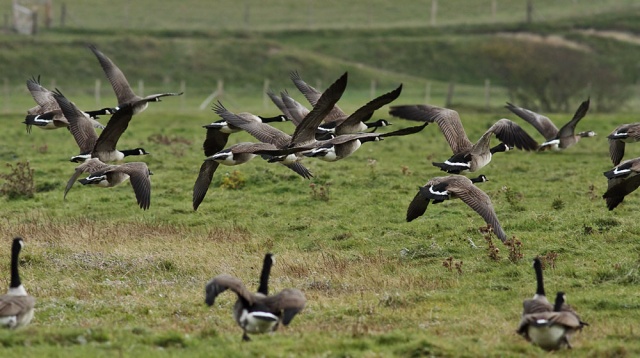 I'm not sure what the weather will be doing tomorrow. Light cloud is forecast, but that can mean almost anything. I'd welcome a few gaps to allow the sun to filter through.

This entry was posted in Wildlife and tagged canada goose, cormorant, mallard.