Another blazer of a day (it won't last), and time to visit Castle Hill nature reserve and head for the secluded dew pond. A perfect location for dragonfly watching.

There were plenty of butterflies and day-flying moths to keep me occupied during the walk to the pond, including 5-spot burnet moths, various small blues and skippers, but the most impressive displays were by the innumerable marbled whites. 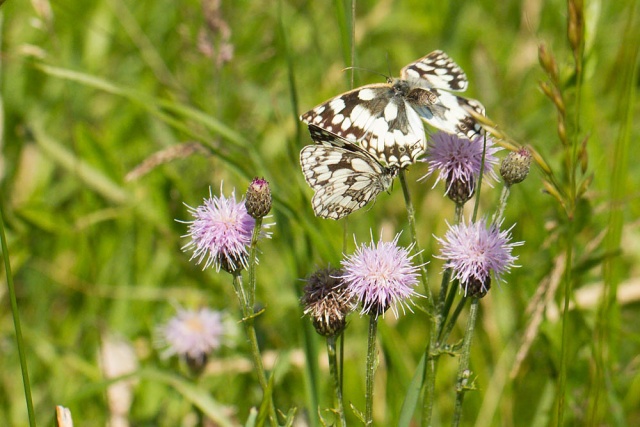 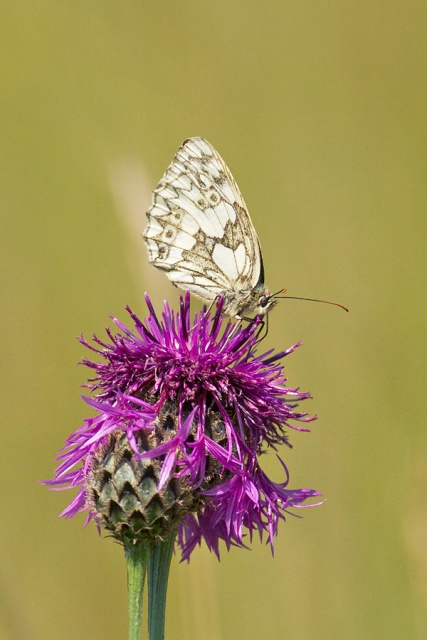 Down at the pond itself, the dragonflies were playing hard to get, spending much of their time either in dizzyingly rapid flight or ducking down behind the ample pond plants. The broad bodied chasers are at least prone to taking a rest every now and then and are marked as 'relatively easy' on my scale of dragonfly photo subjects. This is a male in a very typical pose. 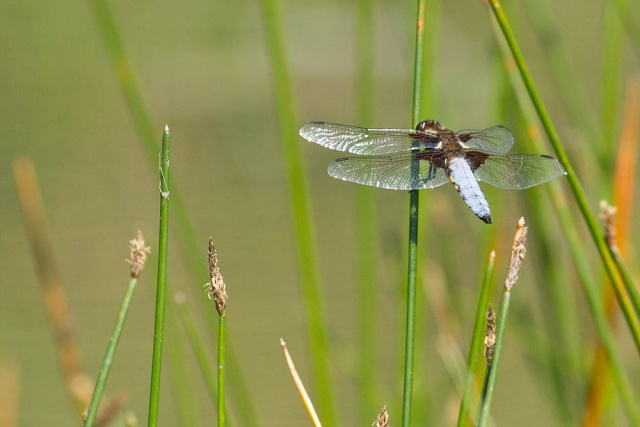 The emperors are more of a challenge. They are extremely rapid in flight, rarely stop and when they do they tend stand vertically and thus blend in with whatever it is they are gripping. Still, one can try. 😉 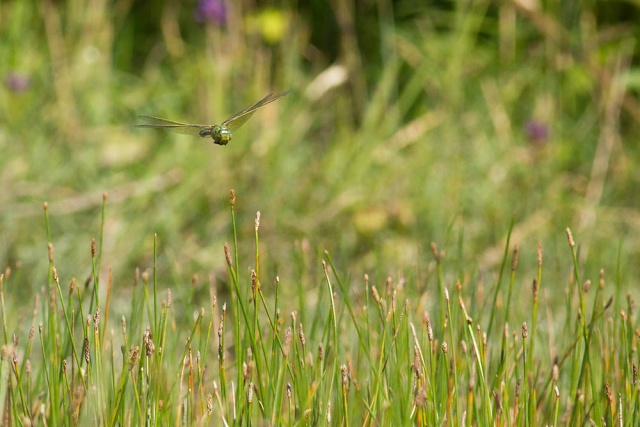 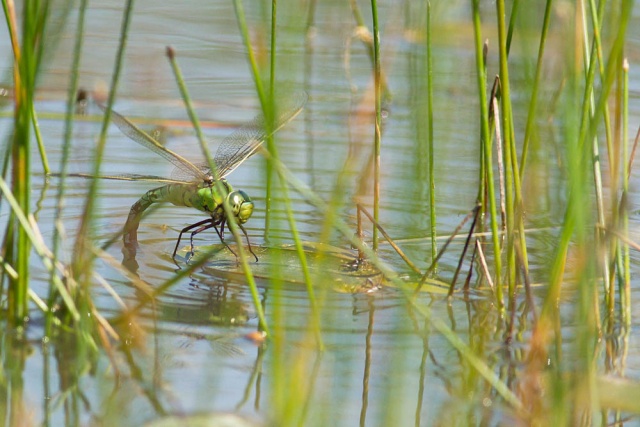 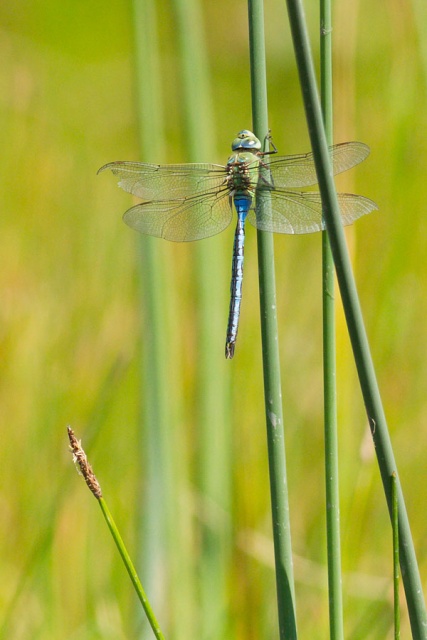 The pick of the shots though was this one of a pair of mating common darters. 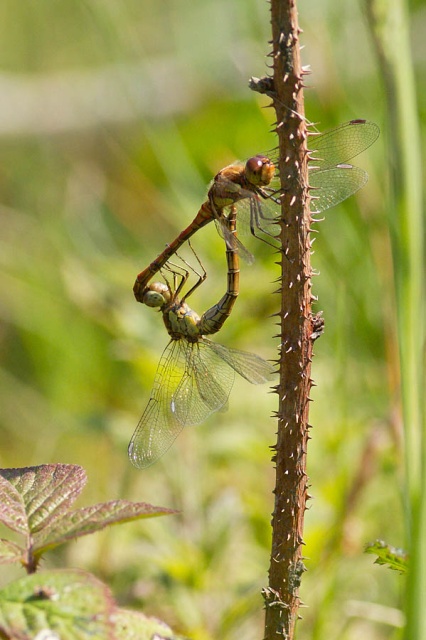 The next few days may be punctuated by light showers, but thankfully not a return to the unrelenting bad weather of the past few months. At least I hope not.