Yes I finally got my hands on a 7D mark II today and have spent the evening slowly getting to know it. I’ve got some of the basic settings where I want them (back focusing with the * button, custom modes set), but there’s still a lot to get to know about the camera and I’ve had no daylight to work with. Inevitably I have pushed the ISO settings just to see how good they really are. This shot, for example, was taken hand-held at 1/80s shutter, f/3.8 and ISO 52,000. Yes, you read that right. It’s not a setting I’ll use a lot, and there is some post-processing, but it’s surprisingly ok. 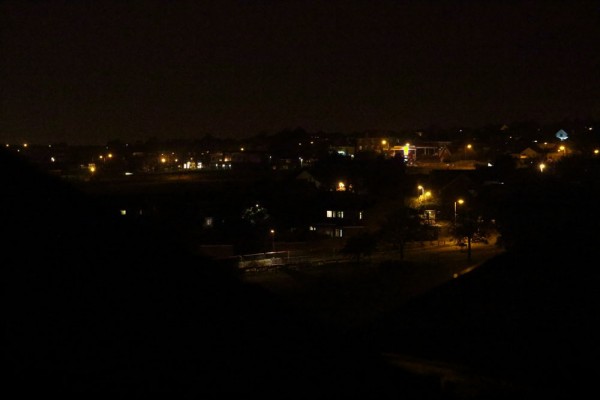 The rest of tonight’s post is closer to my usual stuff. We’ve got several newts in the garden at the moment. I took a short series of shots at my usual night time flash settings of ISO 400, f/7.1, 1/100s. There’s been very little post-processing on these partly because Lightroom doesn’t recognize Mark II Raw files yet, so I’ve been using Canon’s DPP 4.0 which is a big step up from the 3.n series. Another learning curve.

Anyway, to the photos. Nothing remarkable about them, but nice colour and the camera was very responsive. 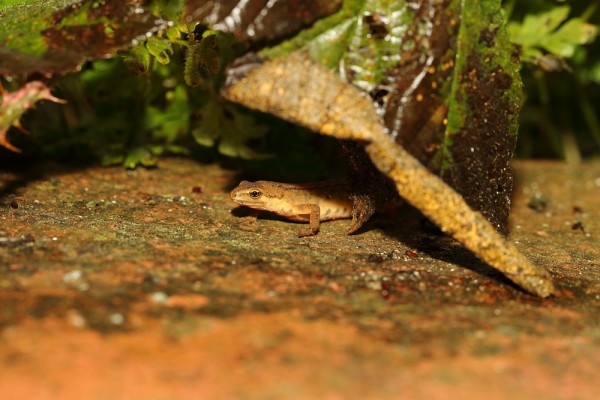 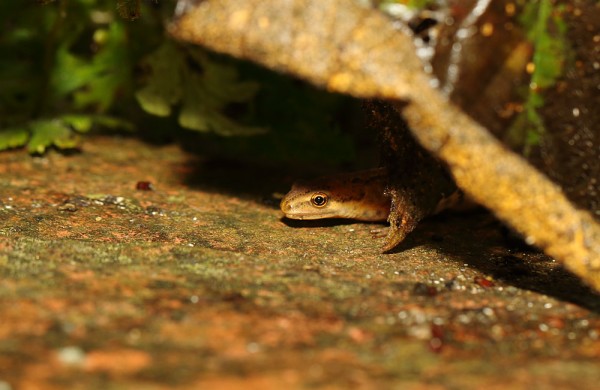 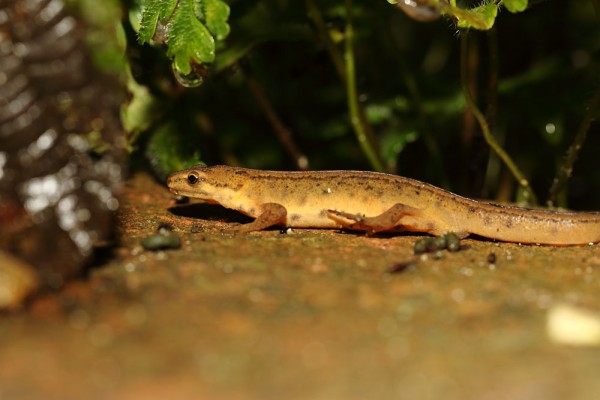 I should be able to give the camera a bit more of a workout tomorrow. I’m looking forward to seeing just how good the focusing system is. 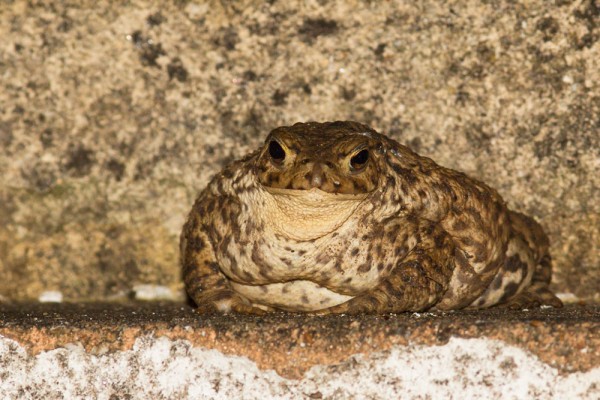 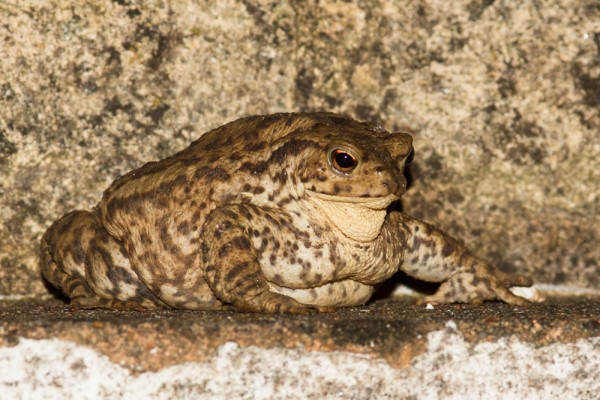 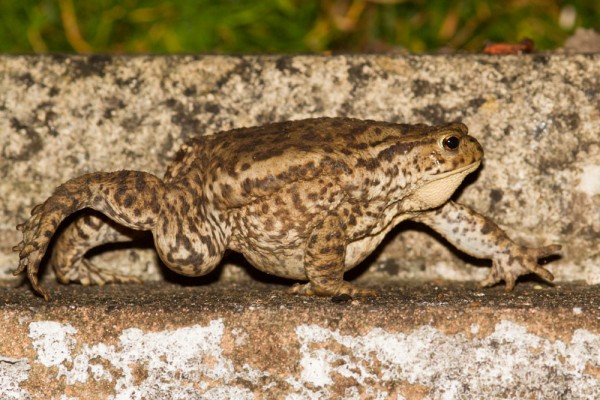 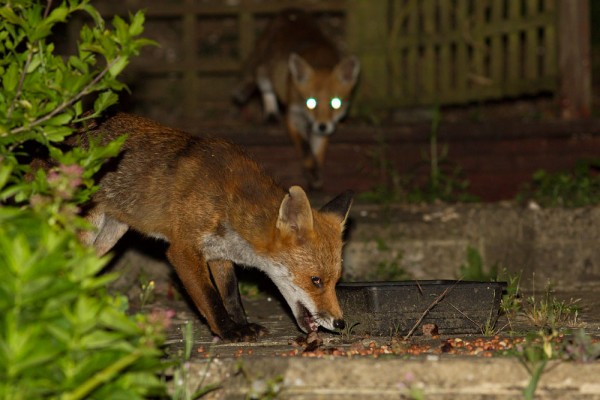 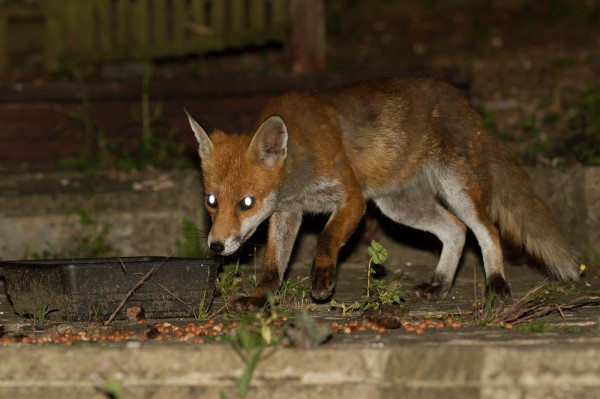 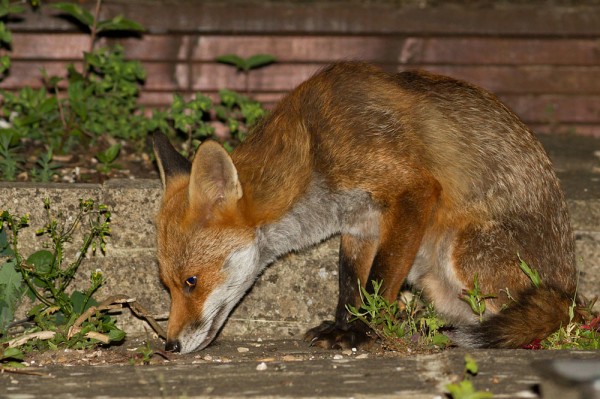 Why Leave the Garden?

Why leave the garden? It was another beautiful sunny day. Quite mild, and more time for getting on with the spring clear up. Not that it’s too much of a hardship with so much to see just by looking around. And there’s one big surprise at the end.

Overhead, several buzzards flew over late morning. The gulls chased them without ever really getting serious; just enough to shepherd the buzzards directly over the garden. 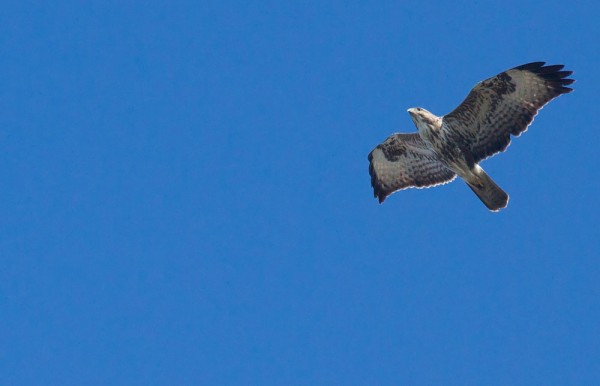 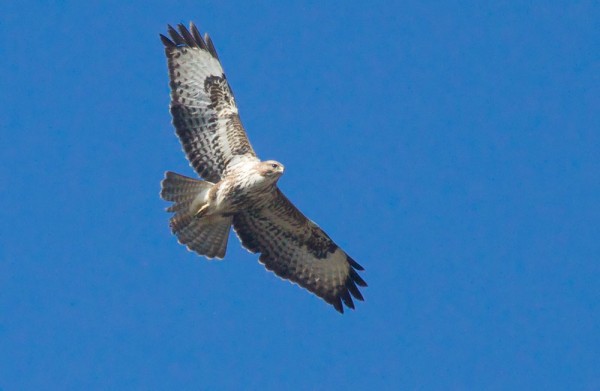 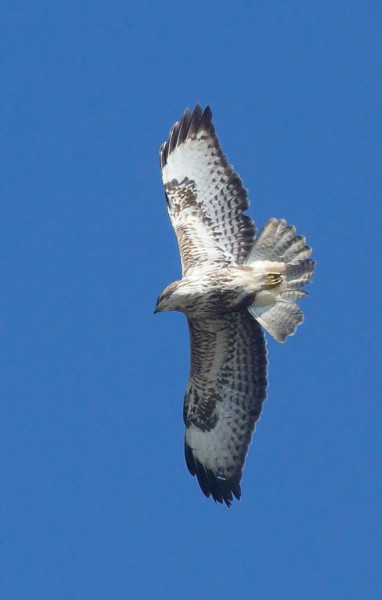 The gulls were rather more upset when a heron crossed the sky. They cleared a large passage for it, and by the sound of them were clearly not happy. It’s the first time I’ve seen a heron from the garden so although it was some distance away and the shot isn’t up to much, it’s here as part of the ongoing record. 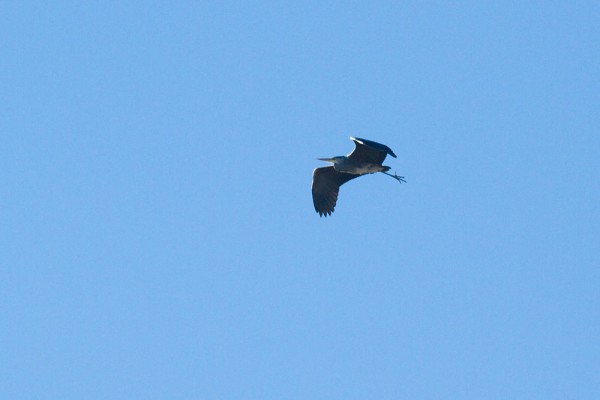 A good part of the afternoon was spent removing weeds and leaves from the garden pond. It was somewhat neglected last year and was becoming a bit of a tangle. I clean it out by hand and spotted several newts (plus I inadvertently caught one, but quickly returned it to the water). The job’s only part done, but it does mean that tonight I was able to take this photo of one of the many newts. 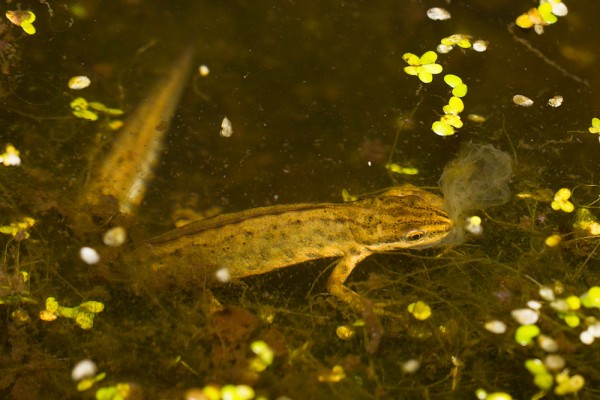 Slightly off topic is this next shot. It was taken during the day but I’ve converted it to black and white. I had hoped to see a plane leave trails directly across the moon (I think I’ve got a shot like that from several years ago), but this will do. 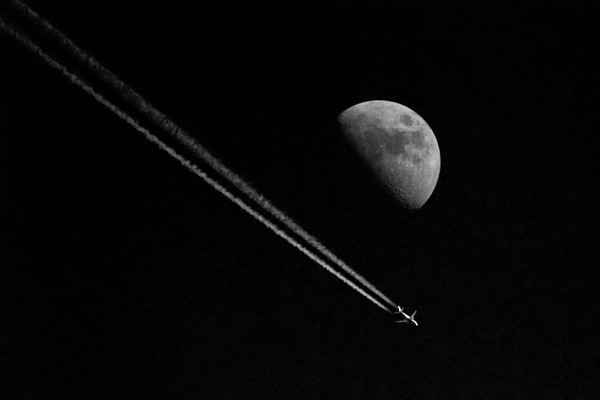 The big (and very welcome) surprise comes towards the end of these video clips from the trail camera. Plenty of foxes, and a couple of badgers to enjoy.

Watch the video and you’ll know what I’m looking forward to seeing soon!