I made the most of the afternoon sun and headed over to Castle Hill nature reserve, a local downland site which is a haven for butterflies. There were numerous species in evidence, including peacock butterflies, gatekeepers, common blues, innumerable meadow browns. Plus the ones that I actually got around to photographing.

Marbled whites were everywhere, dusting the long grasses with their delicately laced wings. The first photo shows one alongside some six-spot burnet moths (one of our few day-flying species of moth). 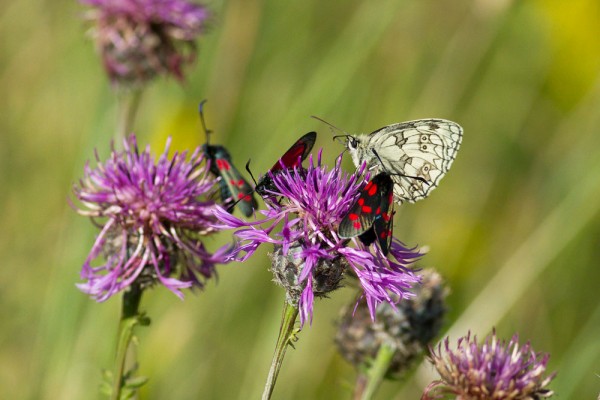 And a couple of close-ups of a marbled white. 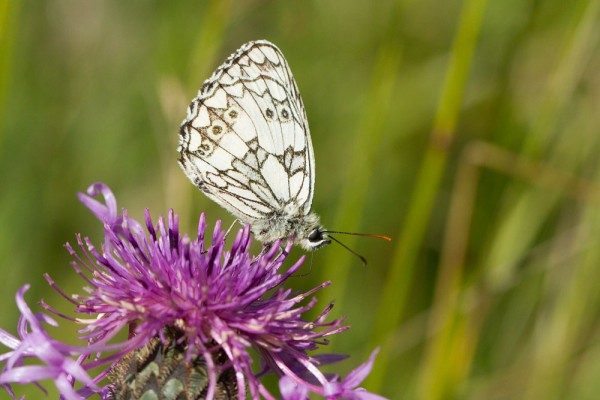 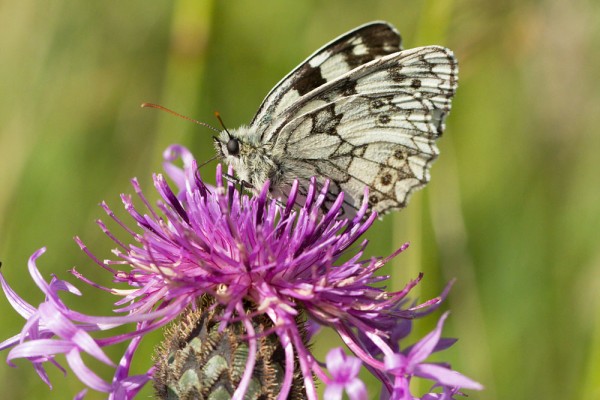 I noticed plenty of ragwort as I walked the paths. Ragwort is generally seen as invasive and can be toxic to some animals (horses, in particular). It’s often cleared, but it’s native and is a primary food-source for the cinnabar caterpillar. Several can be seen here in various stages of development. 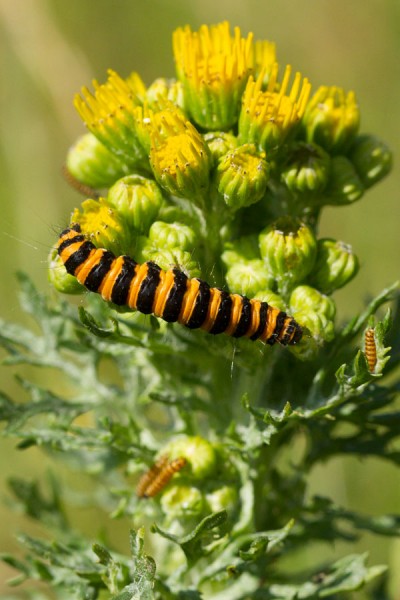 Now for one that I am struggling to identify. I think it may be one of the many varieties of fritillary (please correct me if I’m wrong). 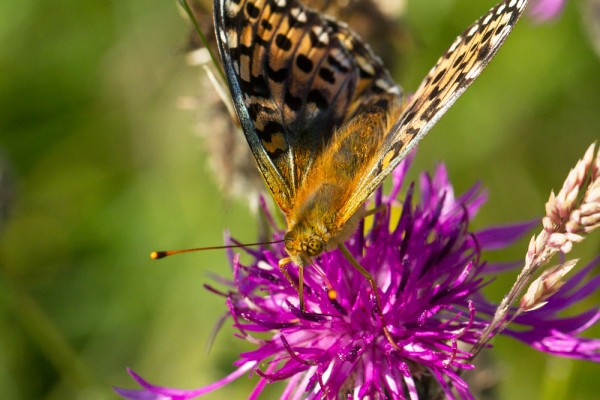 The next photo isn’t perfect, but I am fairly sure it’s a chalkhill blue. 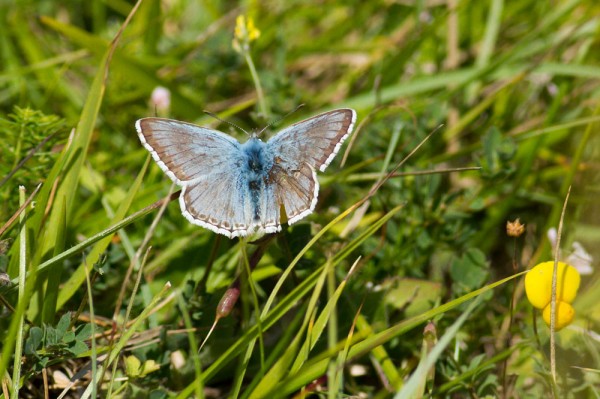 And this one I do know. It’s a small skipper, with its tongue tightly curled. 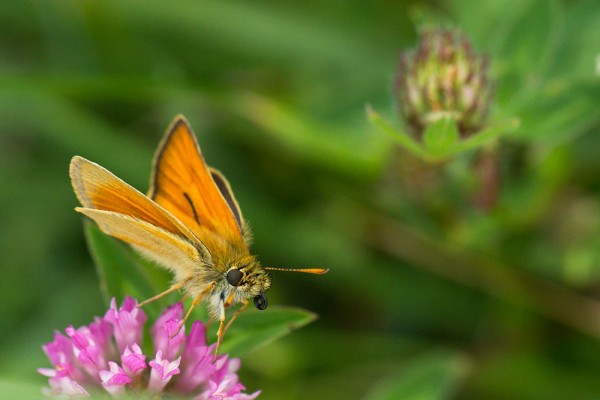 Camera note: Chalkhill blue and first of the three marbled white photos taken with the Canon 7D and EF 400mm f/5.6L USM lens. Everything else was with the EF 100mm f/2.8L macro IS USM lens. 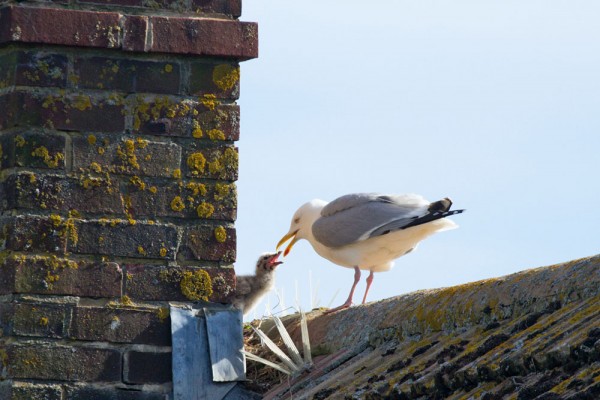 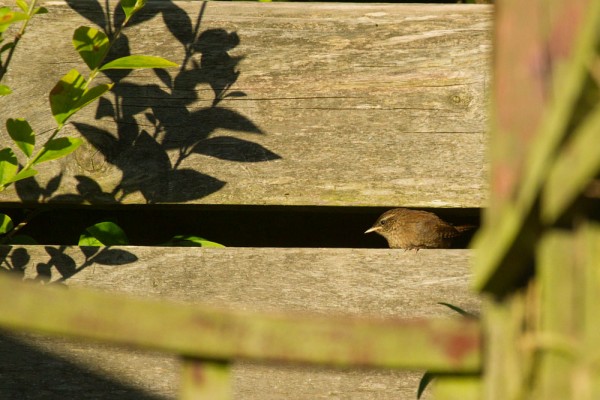 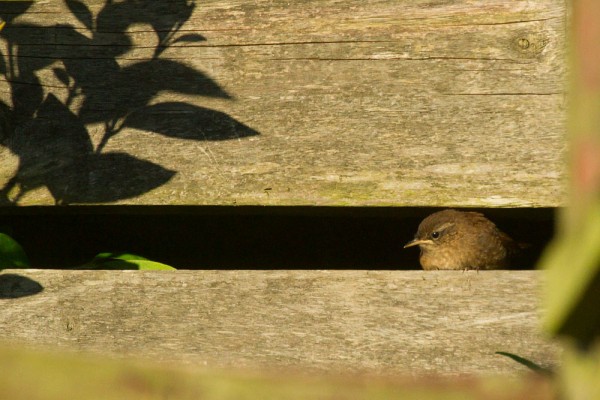 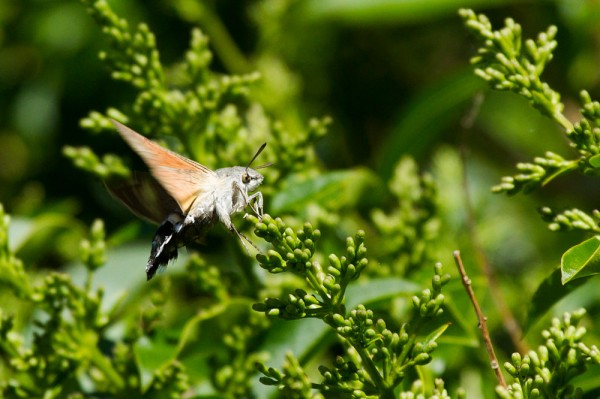