I’m going to start with the photos taken towards the end of the day. I mentioned a couple of days ago that I’d tried and failed to spot the young great spotted woodpeckers high in the tree at the edge of our works car park. Well I was back there at the end of the day today and to my delight the youngsters broke cover.

They are slightly higher up the tree than I’d orginally thought, and seem to have two locations (one of which offers just enough of angle for the camera to cut through the foliage to the nest hole). So here are my first photos of the young great spotteds, looking very scrawny but clearly with plenty of energy to harangue their diligent parents. 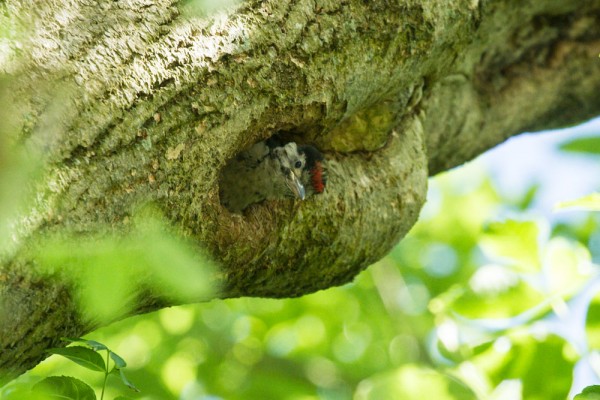 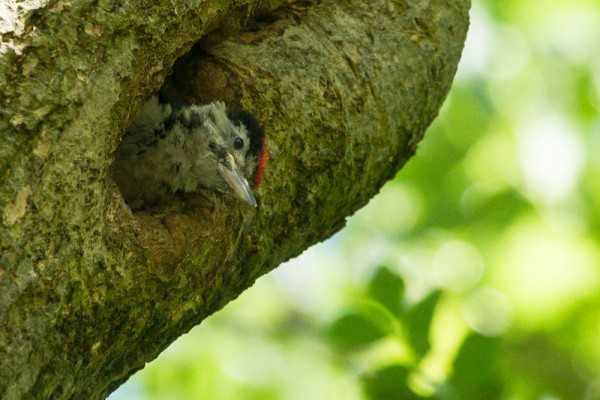 And one with the adult feeding the chick in the higher of the two nest holes. 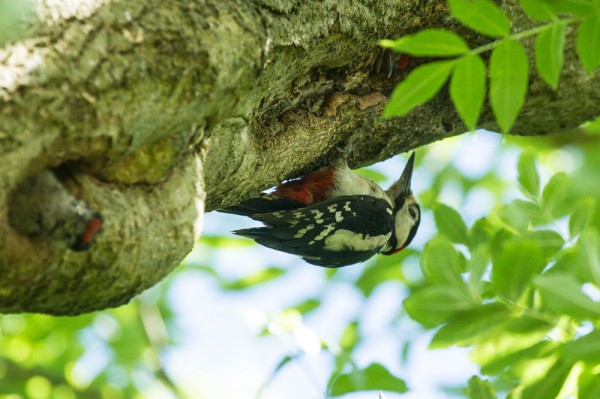 As for the oddities in the title, I spent 20 minutes on Brighton seafront at lunchtime today and among the various so-so photos of herring gulls (nothing interesting) took these photos of various pieces of street furniture. They each amused me for their natural (manufactured?) oddness. The first is a CCTV camera which was perched high above the pavements but looks more like one of those little plastic toys posed as a weightlifter. 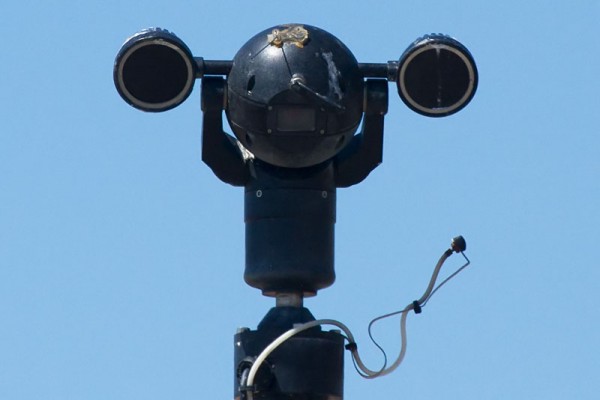 A little further along the front I came across a disco ball out in the sunshine. It was at about street level, above a beachfront cafe. The reflections offer a lo-tech pixelated view of Brighton. 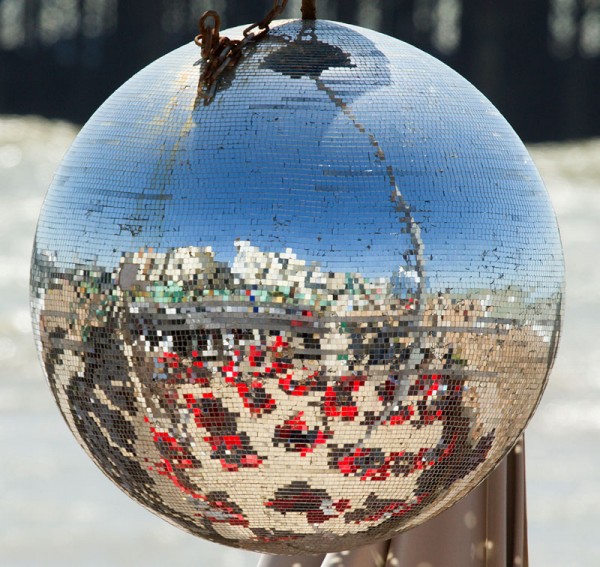 The final shot is nothing less than a giant watchstrap, masquerading as a seaside Big Wheel ride. Not quite the London Eye, but startling for its lack of visual appeal.

West Pier and other Brighton Sights

We had to go down into Brighton today and while we were in town we made the most of the beautiful sunshine and went for a stroll along the promenade. The area near the Palace Pier (the lively, fairground pier) was mobbed, as might be expected on what was probably the warmest Sunday of the year so far. We headed west towards the quieter Hove end of the promenade and the West Pier, which for me far outshines its more successful sibling.

More of the West Pier collapsed during the winter storms, but for all that it remains a wonderfully iconic feature. Click on the image to enlarge (it should roughly fill your screen).

Many years ago I used to live on the sea front in Hove. That was when I was a student (late 1970s). I was in a basement at the far end of Brunswick Terrace. The place was damp, dingy and running with rodents. It was also huge, with an 80 foot corridor running the length of it. The buildings have had something of a face lift since those days and now go for a not so small fortune. 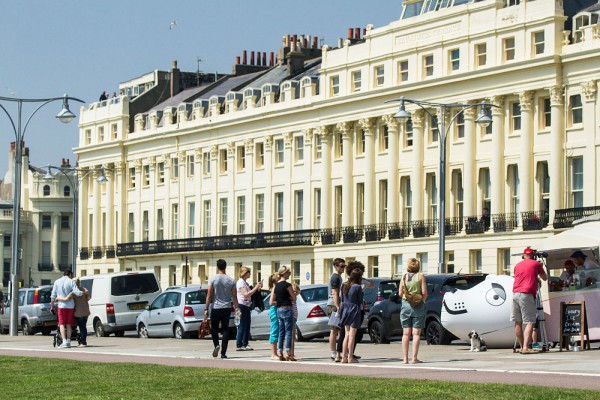 I didn’t notice when I took this photo, but if you look to the right-hand side at the ice cream van you’ll notice someone standing just in front of it filming with a tripod. And down at ground level, this sign. I’ve no idea whether it is for real or not, but it seems so typically Brighton (or Hove, actually… by about 50 yards). 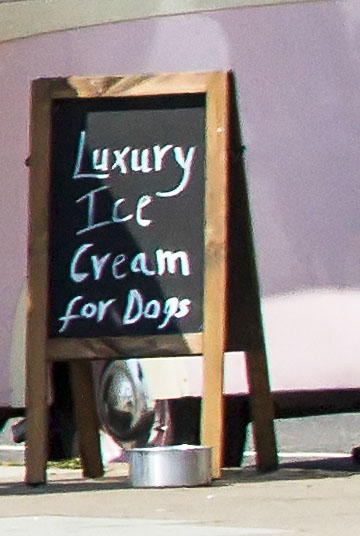 Brighton (and Hove) is certainly quirky, and is the only place in the country with a Green MP and a Green Council (ironically we also have some of the worst recycling rates in the UK and they’ve got worse under the Green regime). With the Euro elections this week the Green Party Bus was out drumming up support (there was a distinct lack of activity in its vicinity while we were there). The bus, I’m told, runs on bio-fuel (aka re-used cooking oil). 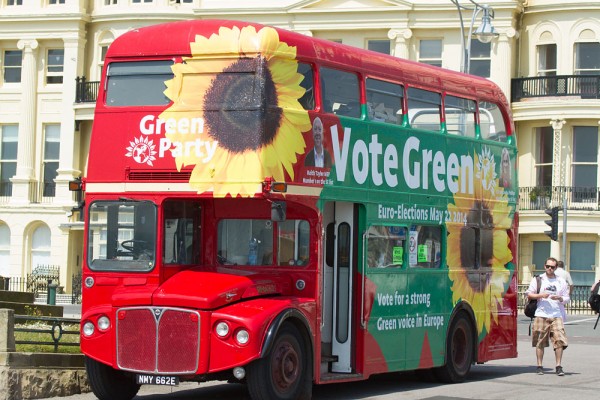 As for wildlife you probably expect some gulls, or possibly a cormorant. They were certainly around, though the latter were out of range of my 70-300mm lens. I’ve got something rather better though. These shots were taken as we walked up West Street, just off the seafront. 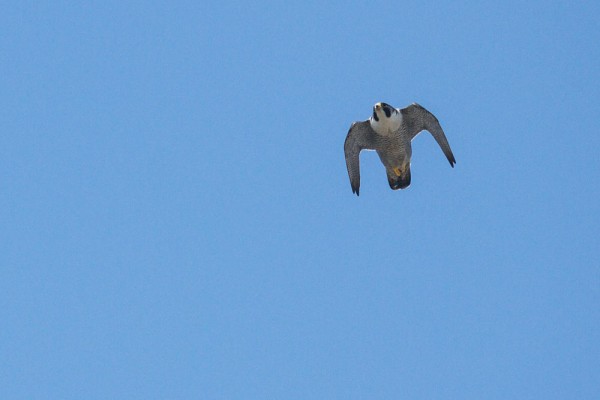 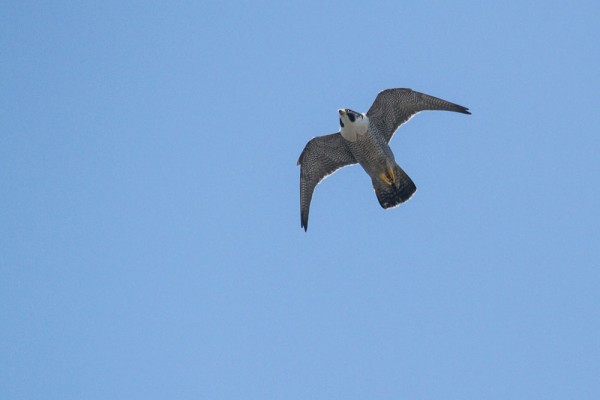 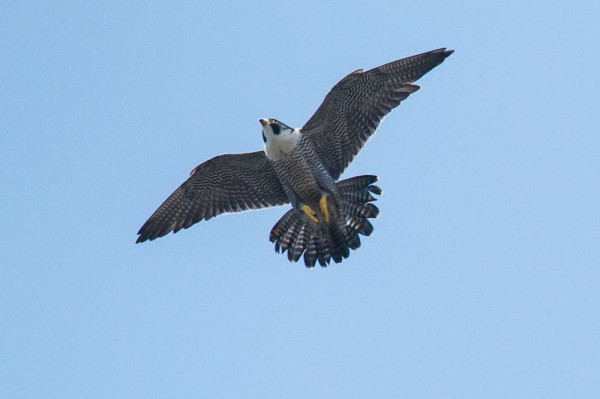 Unmistakably a peregrine falcon, and almost certainly one of the pair that breed on the roof of Sussex Heights, a towering block of flats in central Brighton.

I was over in Eastbourne today, so here are a couple of photos of the local pier. 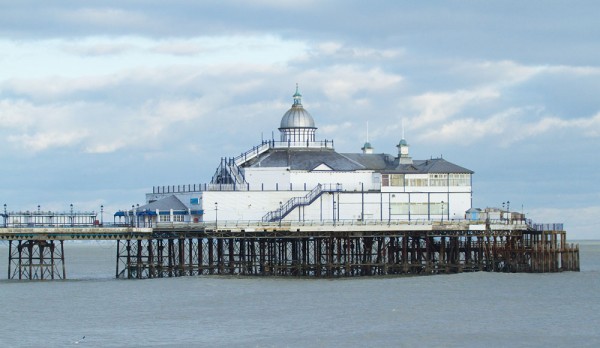 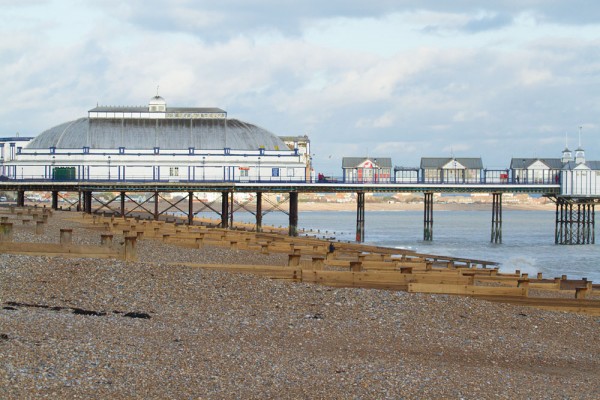 There were a few gulls lurking down on the beach, but other then that there was precious little to see. 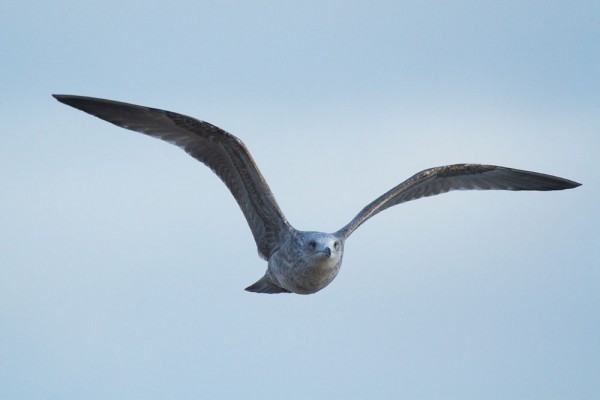