There were four cormorants at Falmer Pond today, the most I’ve seen there for a long time. It was tricky to get all four in shot, but here’s three of them together, neatly lined up on the convenient standing posts out by the central island. 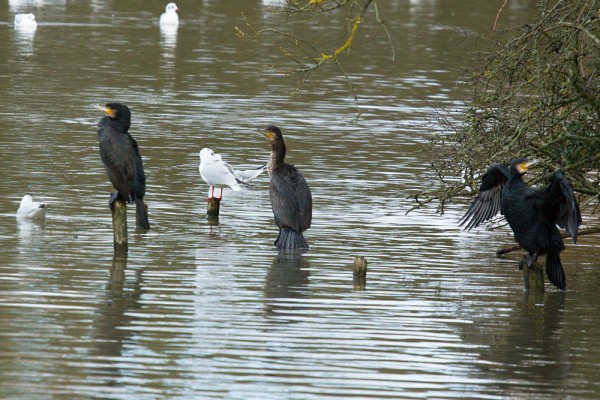 The fourth was opposite them, laying claim to one of the ‘No Fishing’ signs. 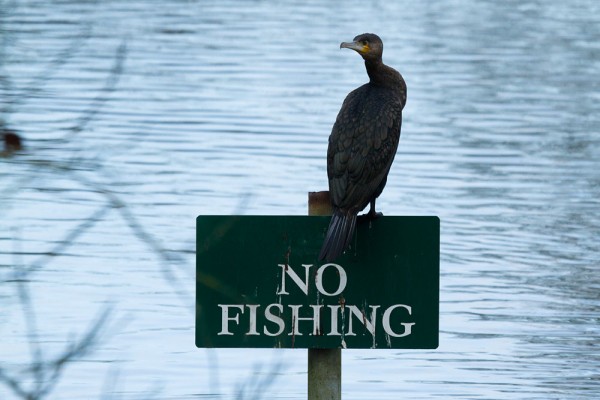 A couple of the cormorants eventually moved away from there, to the second of the ‘No Fishing’ signs. Two into one doesn’t go, so a minor spat broke out over ownership of this piece of prime real estate. 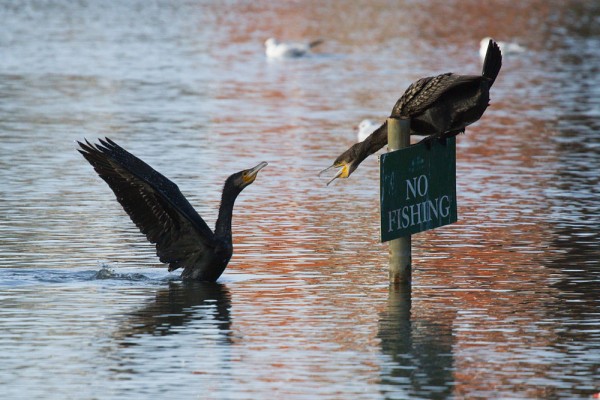 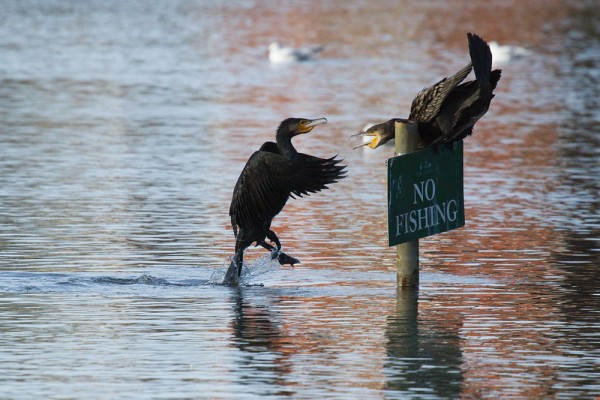 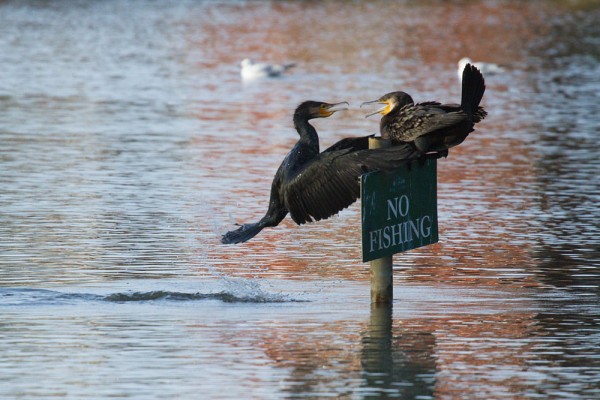 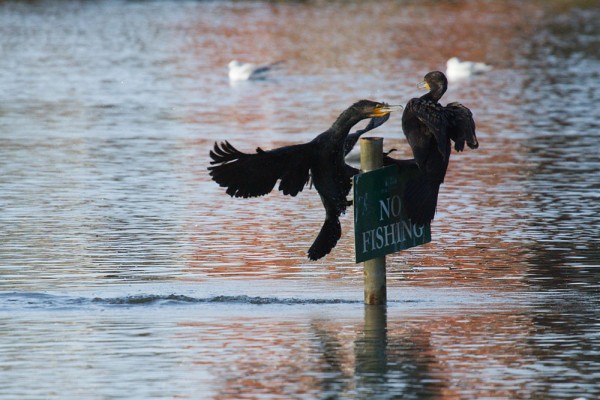 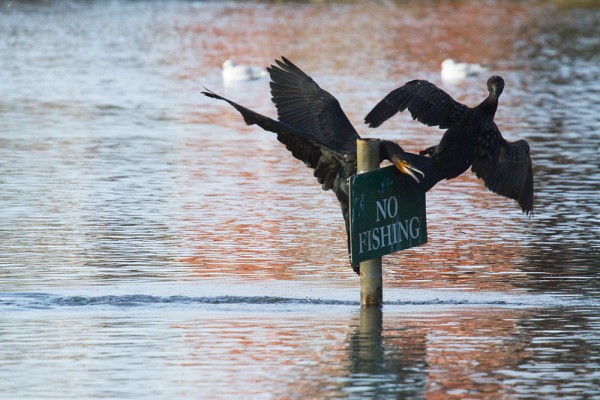 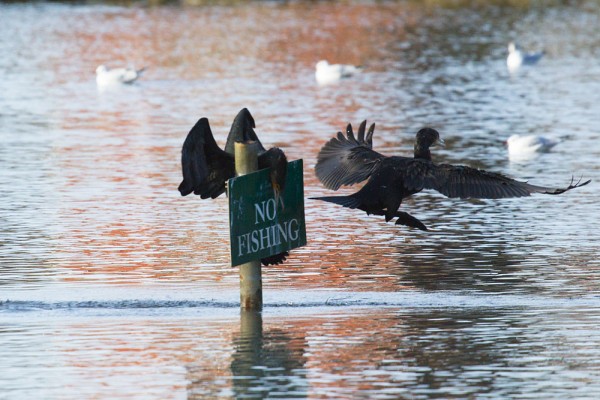 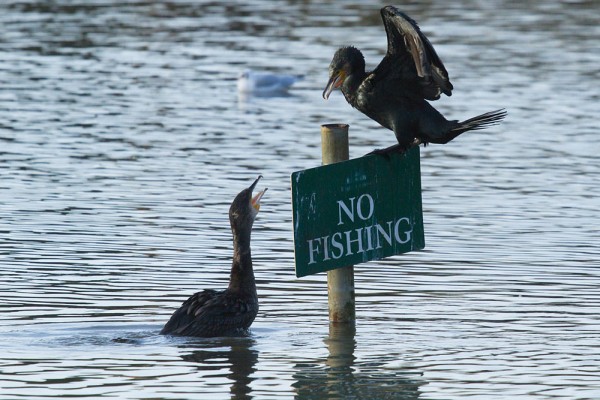 They settled their differences after a little more posturing and swam back to the far side of the pond where there are standing posts for everyone. 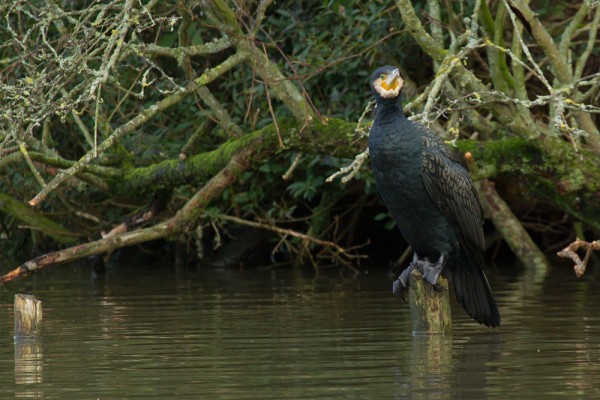 This entry was posted in water birds and tagged cormorant.