The Bank Holiday weekend produced an overcast (and occasionally wet) Saturday which was something of a let-down after some good forecasts earlier in the week. I wouldn't have thought it the best day for some of our pond inhabitants to make their first appearances, but even damsels and dragons can be fooled by the weather. There were several around the pond, in different phases of emergence.

This is dragonfly nymph clambering up the side of the pond. 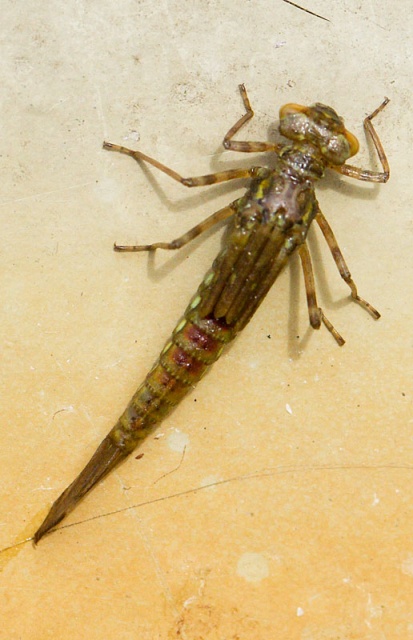 When it finds a suitable resting point, it will slowly emerge into a common darter, like this. 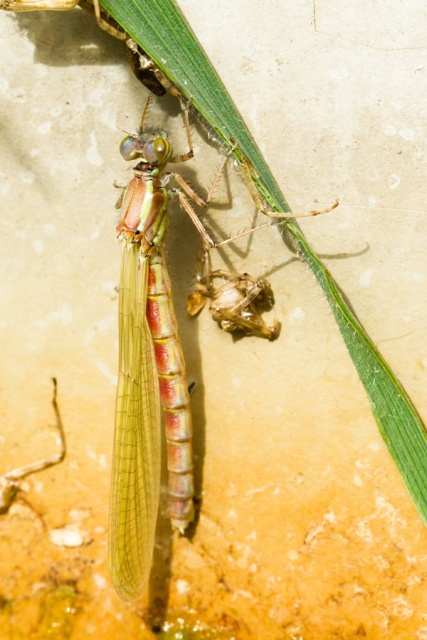 There were also several damselflies, the more delicate cousin of the bulkier dragonfly. 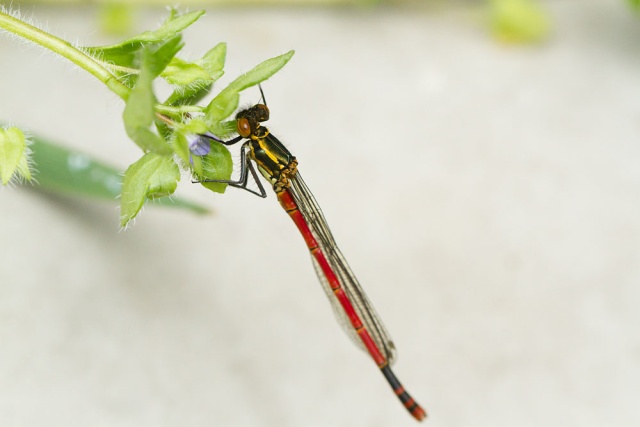 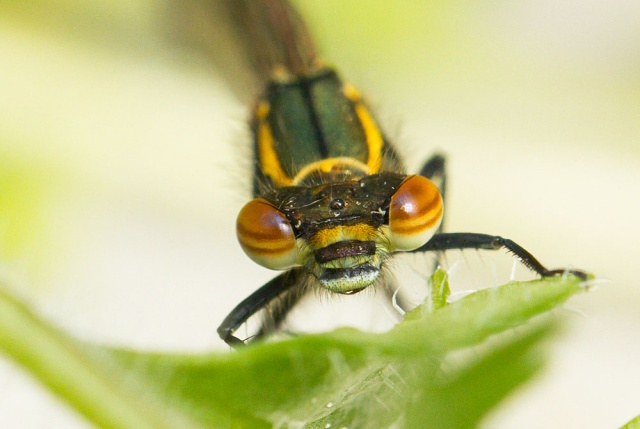 All of these will have wintered in the pond, and it's always good to see them appear especially after a relatively harsh winter. With a bit of luck the weather will be kinder to insects than it was last year when all that really flourished were snails and (especially) slugs.

The fox cubs are obviously better adapted to uncertain conditions. Foxes survive across the planet and are among the most adaptive of all mammals. These young ones have certainly 'adapted' to garden living. They are gaining in confidence and roaming much more freely around the garden, and taking much less notice of me. A little bit of food to start off with always helps. 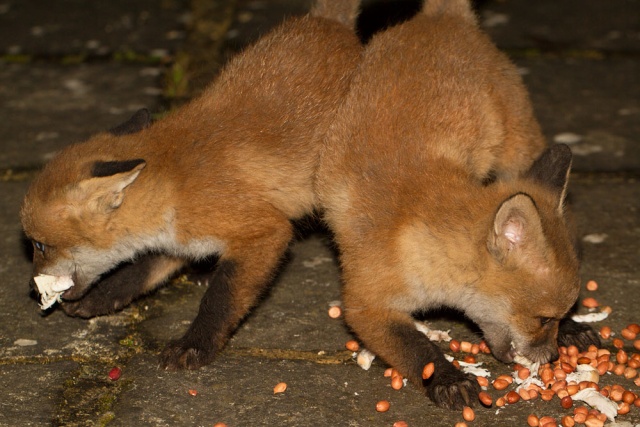 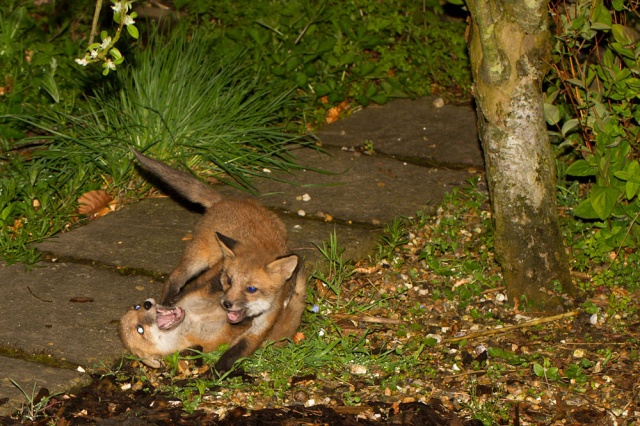 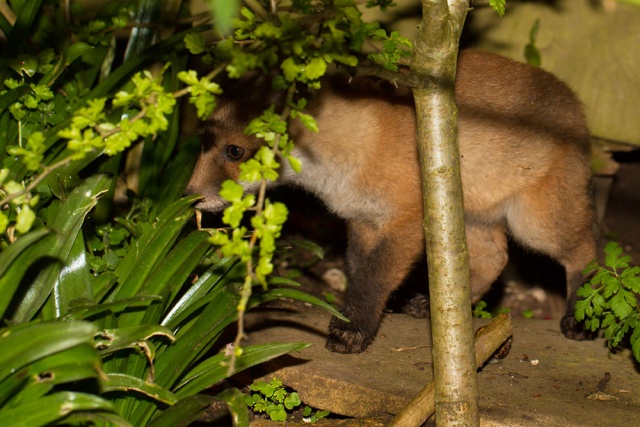 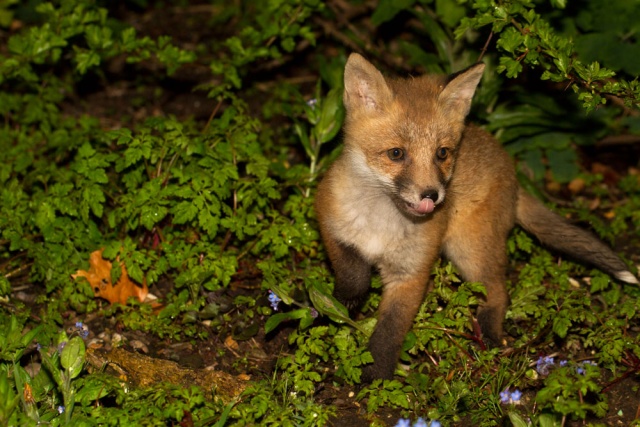 No video tonight, not that there isn't any footage. I gathered around 50 minutes of clips overnight, but haven't had time to sort through them properly. I did spot a badger again, plus lots of fox cub playfulness, and some sweet interactions with the adults.
Camera note: all shots taken with the Canon 7D and EF 100mm f/2.8L macro IS USM lens.