I'd never heard of 'earthstars' before, but when I received a phone call this morning saying they'd appeared in some nearby woodland I had to go and see for myself. It was only a 3 minute walk, and of course I took my camera with me. 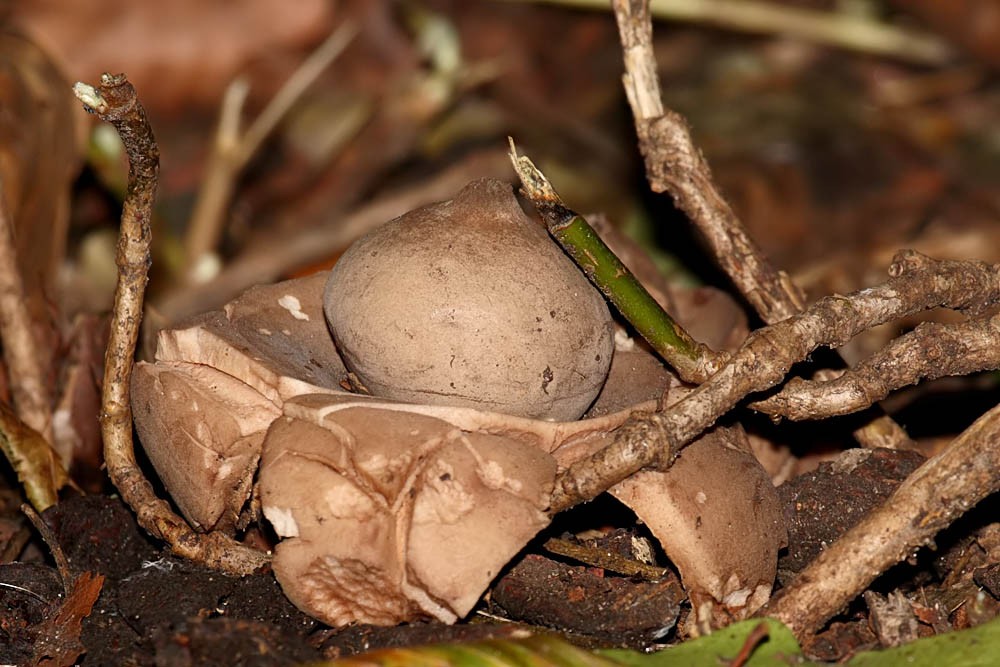 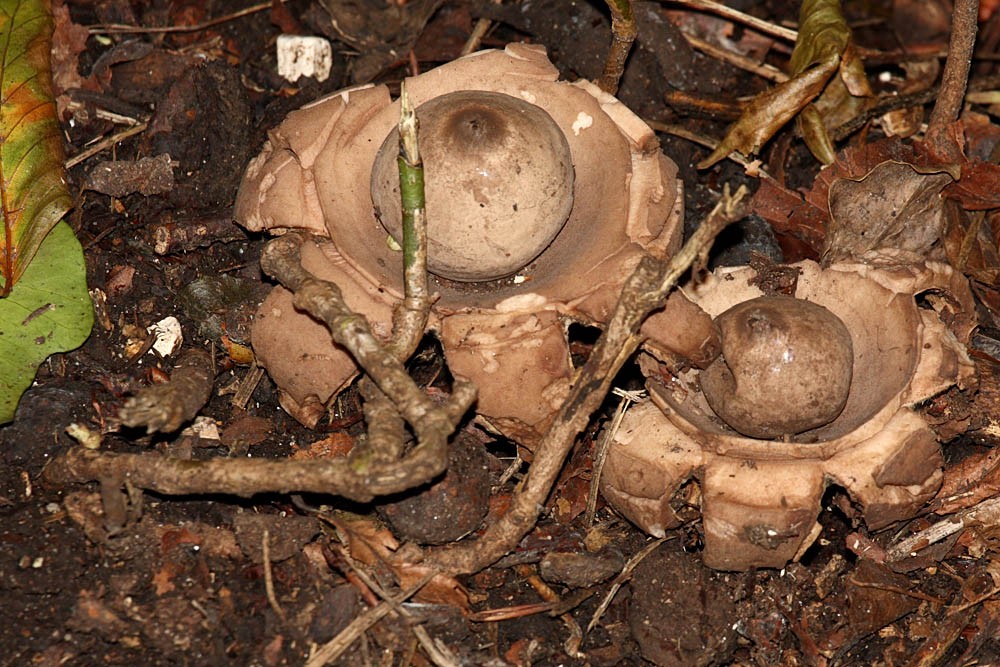 The central body of the opened star is essentially a thin-skinned bag through which spores are expelled. We took a few shots which I've put together as an animation. You can see the spores emerging to the right of the body.

Earthstars are relatively uncommon. The star shape is the result of the outer skin opening up. This is one in the closed state. 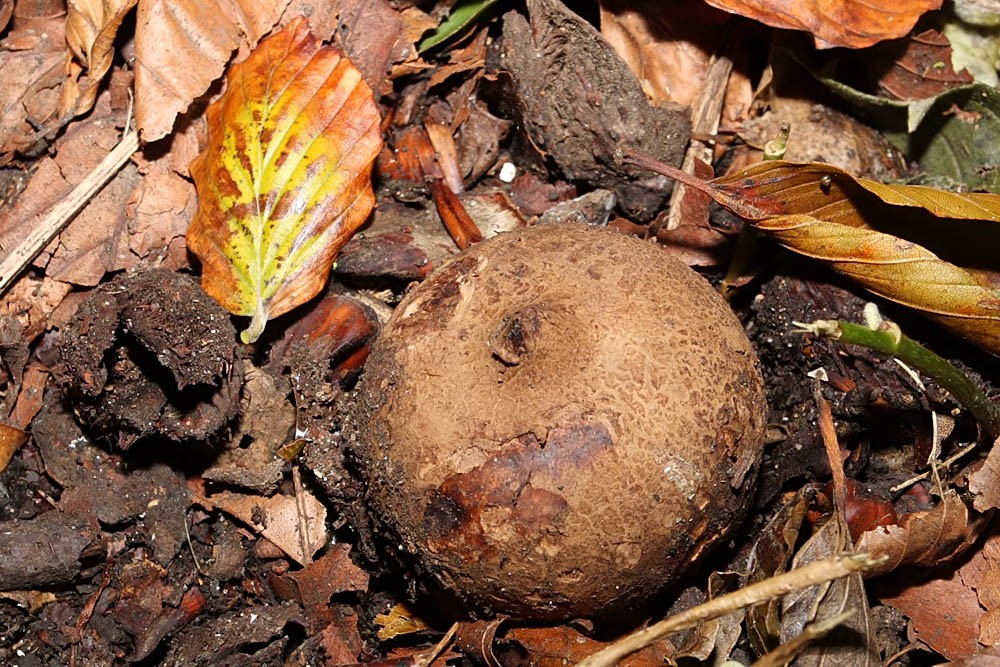 My thanks to Dr Martyn Stenning for the opportunity to see and photograph this. It's sufficiently rare that I may not get another chance.

This entry was posted in fungi and tagged earthstar, fungus.