It’s been a Bank Holiday – hence wet and miserable weather-wise. Yesterday was better which is when I grabbed these first two photos of newly fledged birds.

The first is rather a large baby… a young woodpigeon already showing its aerial capabilities. At this age they tend to look somewhat scrawny and lack the neck markings of the adults. 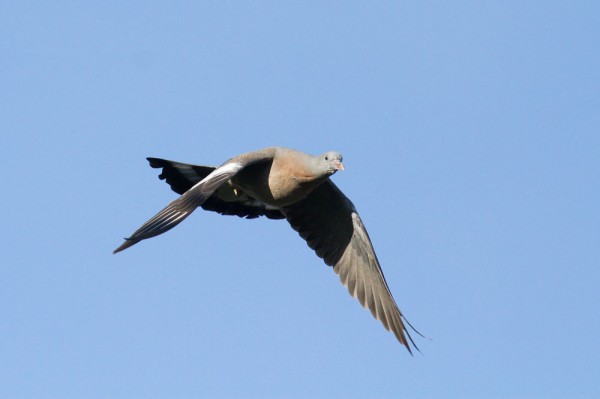 Late yesterday afternoon a small group of more typical fledglings turned up en masse. A family of blue tits. The light was all but gone, but a corner of the garden was just catching the last of the sunshine. 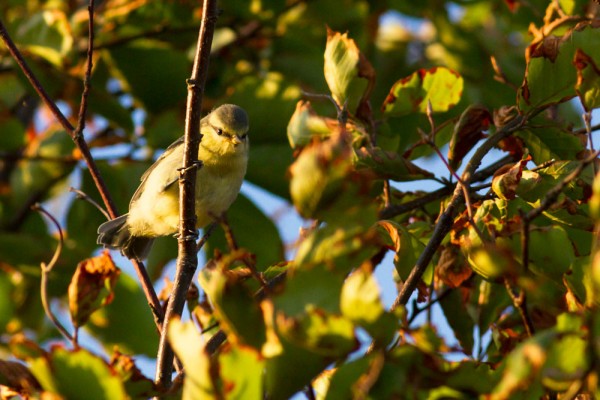 Today it’s been pretty much a constant drizzle, but fledglings can’t stop for the weather and we had two more visits. Well, there were probably more than that but I was inside sheltering from the rain. First is a young great tit. 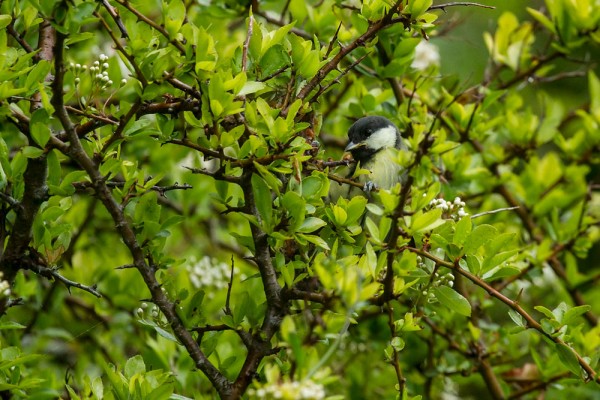 And then a little later on the family of blue tits were back. These were taken from the far end of the garden, in the drizzle so apologies for the lack of quality. In the first two frames two fledglings can be seen (one’s at the back, out of focus). The adult then appears and feeds the one nearer the camera before continuing in its search for food. 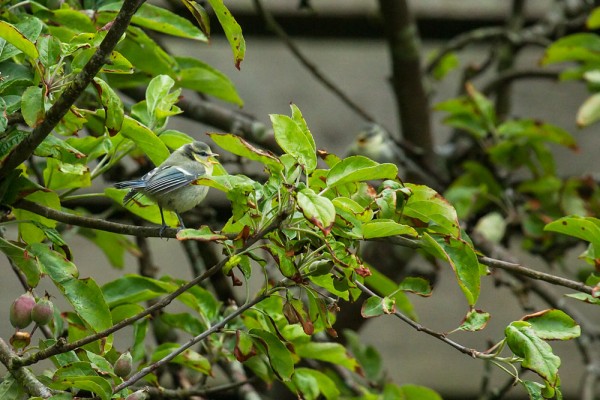 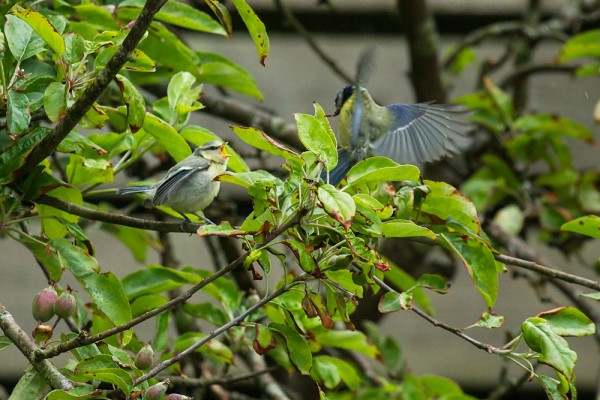 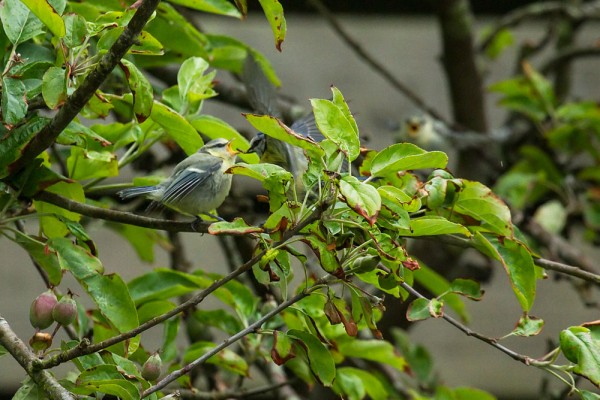 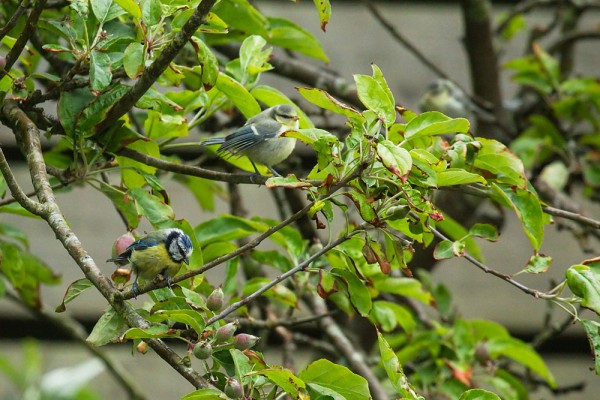