To keep to the weekend's theme here's a couple of the more unusual sights in the sky from today.

This first one had me googling for an identification. It turns out it's a Chipmunk, the basic training aircraft of the Royal Air Force in the post WW2 years. The last was built in 1956. This one is now privately owned, and apparently based in Shoreham. I should have known what it was as this is the only model of aircraft I've actually flown (as in 'take the controls'). It was part of a school cadet training exercise and I spent the whole time worrying whether I could remember the instructions for opening the parachute they'd strapped on to me. I 'flew' for about two minutes before handing back the controls. 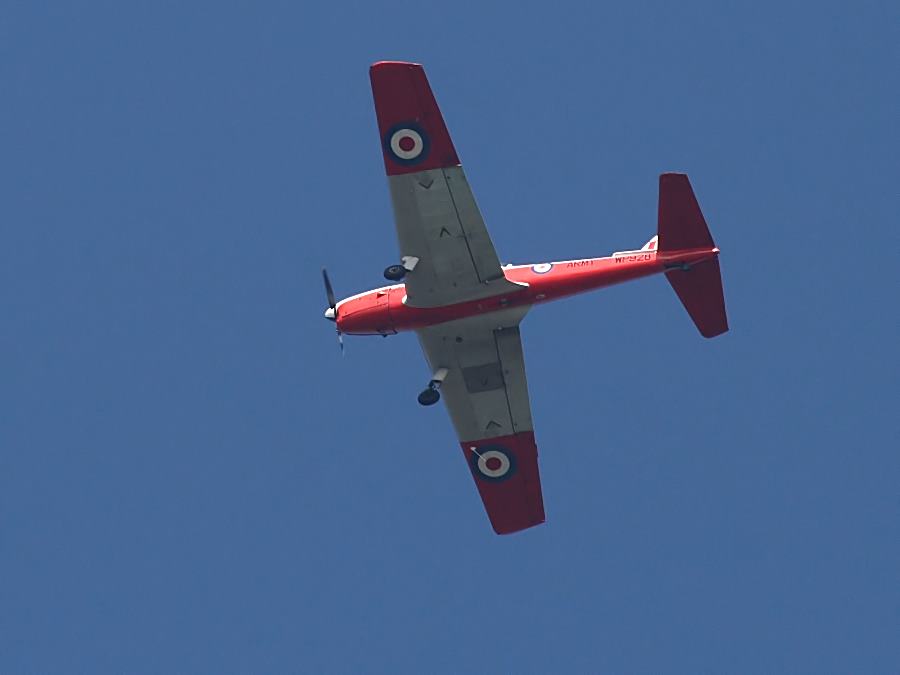 This next one also had me searching, not so much for an identification but to try and pin down what these things are actually called. Somehow, 'motorized hang glider' didn't seem quite right. Turns out that it's a 'paraglider' which makes a lot more sense. There's not a chance you'd find me doing this. 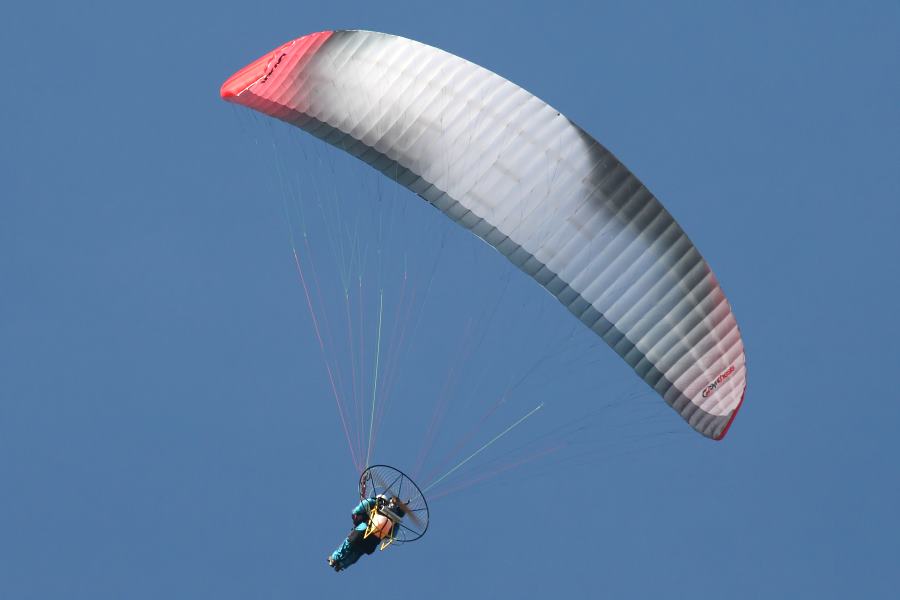 This entry was posted in Uncategorized and tagged aircraft.