Fox Portraits and other Garden Wildlife

Two sunny days in a row is something special, and once again most of the day was spent tidying up the garden. Naturally I took the camera out with me, and so it wasn't all work.

I'll start with the worst shot (quality-wise) and work up from there. I'd seen a sparrowhawk fly over mid-morning, but more surprising (as they rarely fly over our garden) was a kestrel. It was some way off, and flying high until it dropped into a steep dive. I caught this shot just before it disappeared behind some trees. 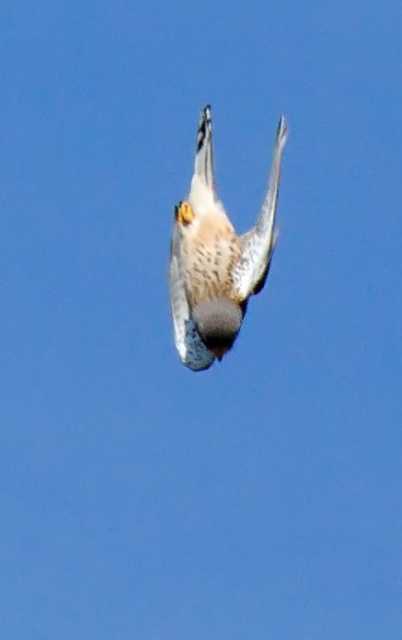 Yesterday I cleaned out the pond. Today, the damselflies were taking advantage. 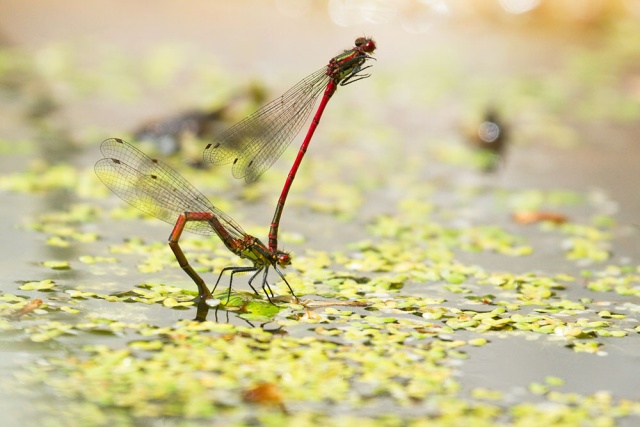 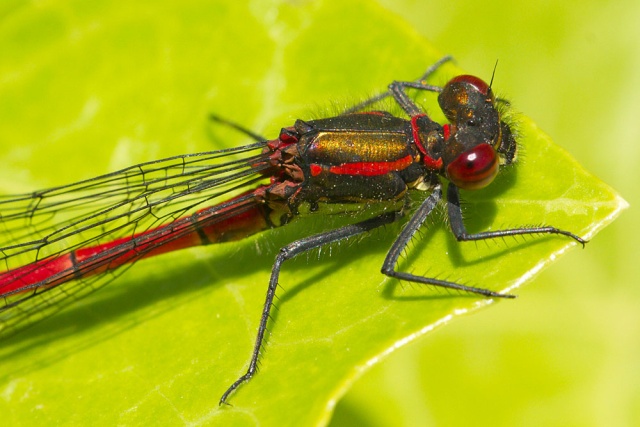 There were a few butterflies, including a holly blue (no decent photo as they are ridiculously small and none settled anywhere close enough for workable shot), and a persistent (maybe more than one) orange tip. This is the male, with its distinctive wing markings. 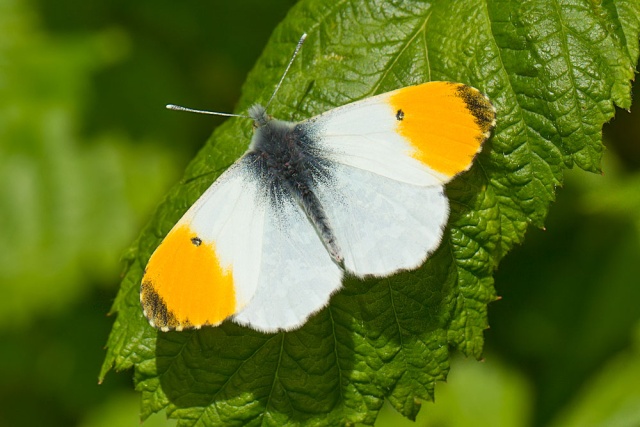 As for the rest, yes foxes. or to be precise, fox cubs. They are now exactly 3 months old (born 26th February), and are growing fast. They are also getting into scrapes and this pretty little fox is sporting a minor head wound. It seems to be healing ok though. 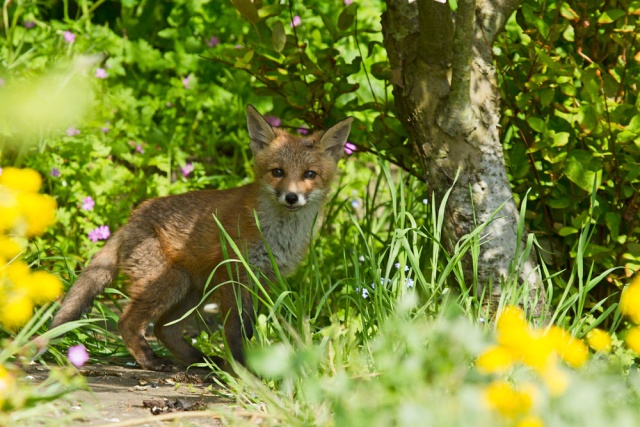 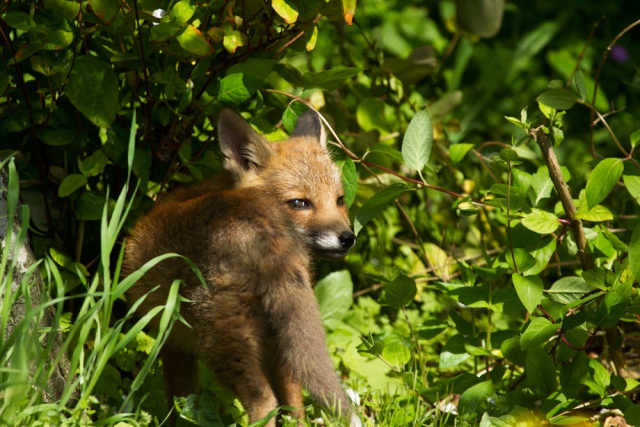 That was mid afternoon. Later on, as the light improved, a second fox cub emerged and patiently let me track it around the garden. 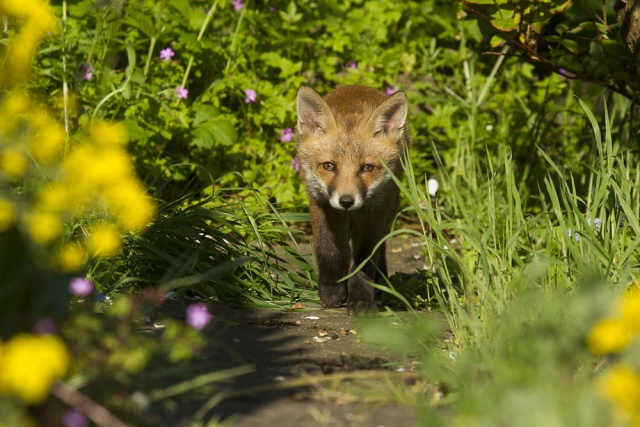 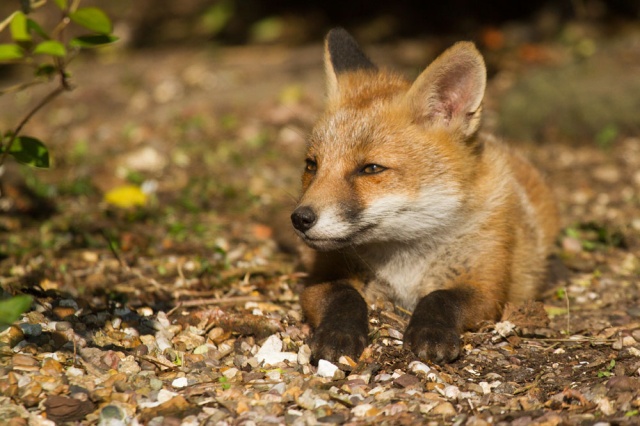 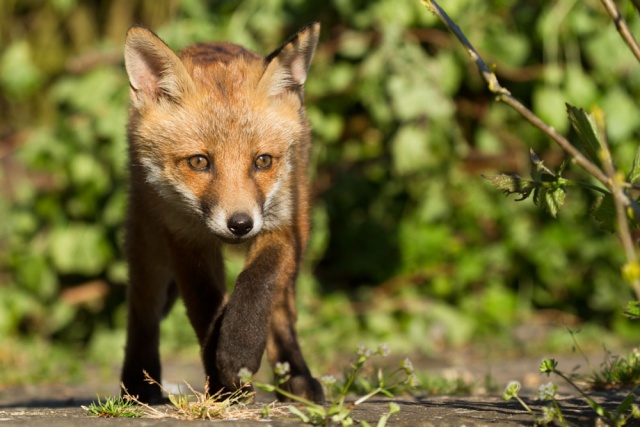 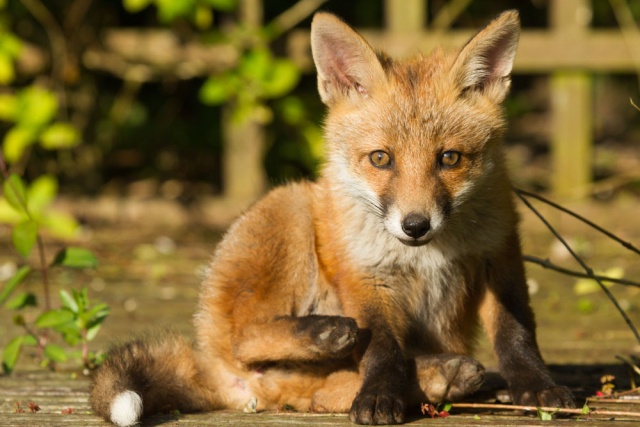 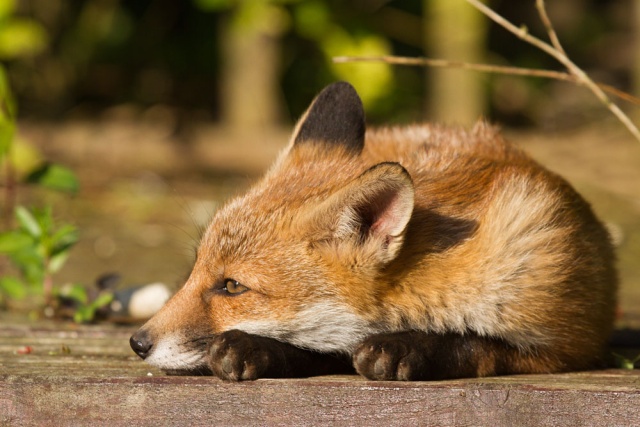 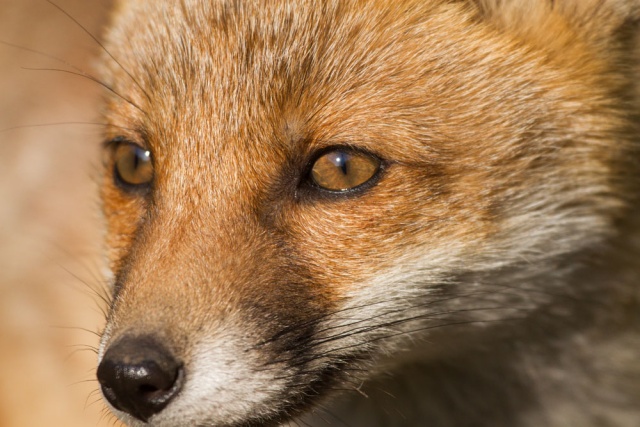 Chances are I'll be working in the garden again tomorrow. 😉