I guess it's no secret that I take a lot of photos at night using flash. Up until a month or so ago I relied on the tiny in-built pop-up flash on my EOS 400D. That started to misfire slightly, and so I resurrected an ancient 1980s Canon Speedlite (188A). That worked well, was much stronger than the in-built unit, but because of its age was entirely unable to communicate with the camera. It had two settings: "Very Bright" and "Off". This meant it wasn't great if I was too close to something (the flash exposure compensation on the camera wouldn't work with it), plus it's recycling routine was so slow you could take an extended holiday while it re-charged. So I finally took the plunge today and got an up-to-date flash unit, the Canon 430EX. What a difference!

First thing is that I can control the flash. But better than that, the unit can control the flash so it more or less adjusts to the conditions (including focal length). Nice. An added advantage over the old pop-up flash is the auto-focus assist. The in-built pop-up used to fire a string of strobing flashes. Inaccurately, and at a frightening rate. Guaranteed to scare away anything within range. So I turned it off the day I got the camera, and it's stayed off ever since. The 188A didn't have any auto-focus assist at all. So for both of those I relied on carrying a torch and aiming that with one hand while holding and focusing the camera in the other. The 430EX is far better. It uses a broad red beam. Subtle and, as it turns out, very effective over medium distances. Plus the unit recycles incredibly quickly so it's possible to get many more shots fired off at speed. I'm happy 🙂 All this is by way of introduction to tonight's shots. 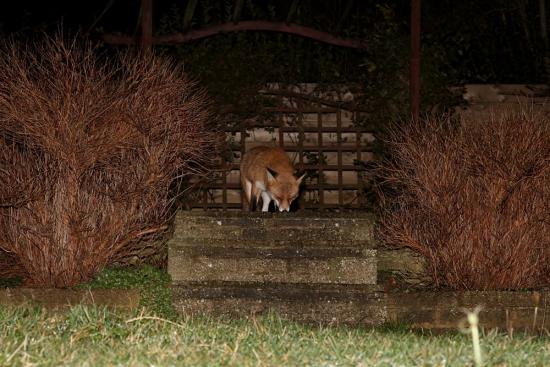 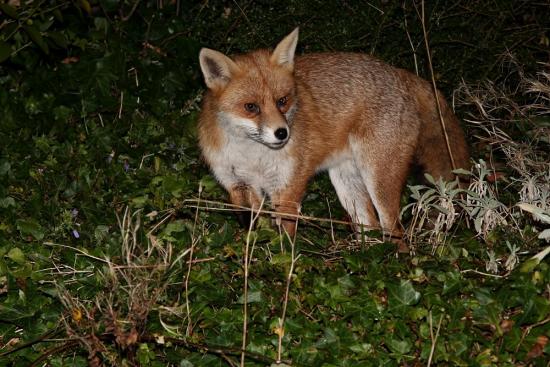 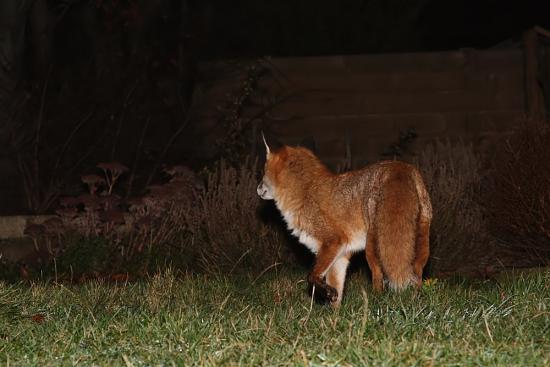 This entry was posted in Foxes and tagged flash, fox.