Gull Gets a Fish

I can’t claim any of the traditional spectaculars with this (kingfisher diving, osprey swooping), but a bird catching a fish is still worth an airing. Even if it’s a common herring gull and the fish looks remarkably like a goldfish. The sequence was taken last Friday at Falmer Pond. 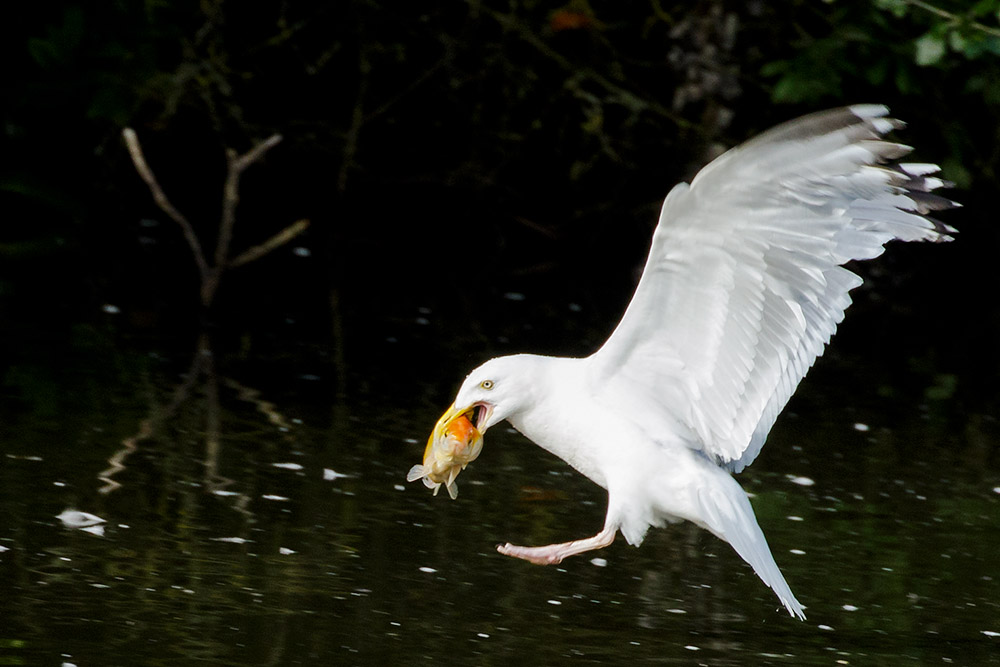 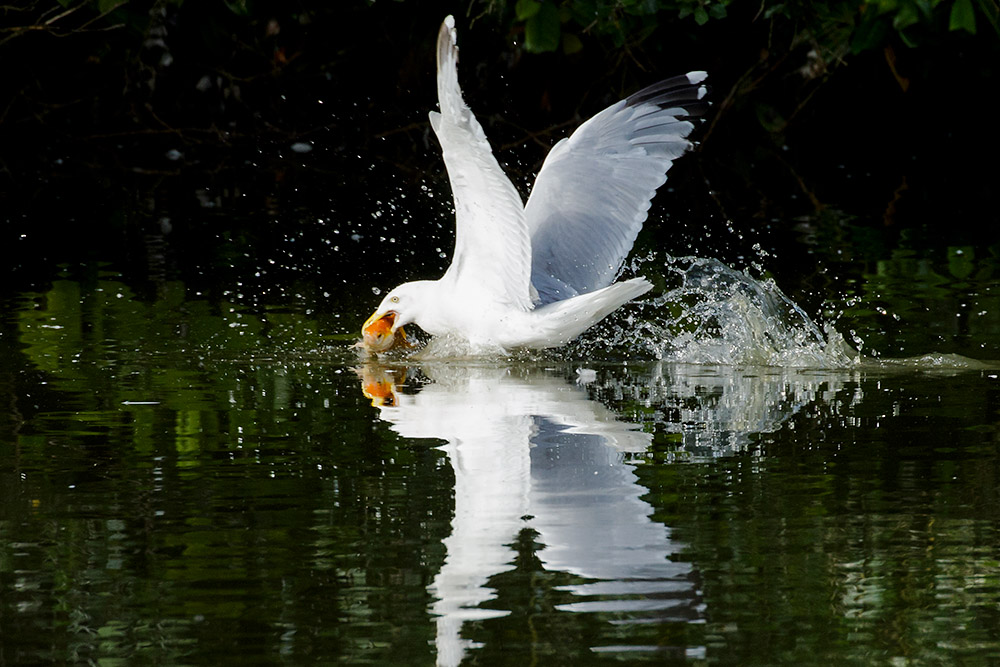 Splash landing back in the water 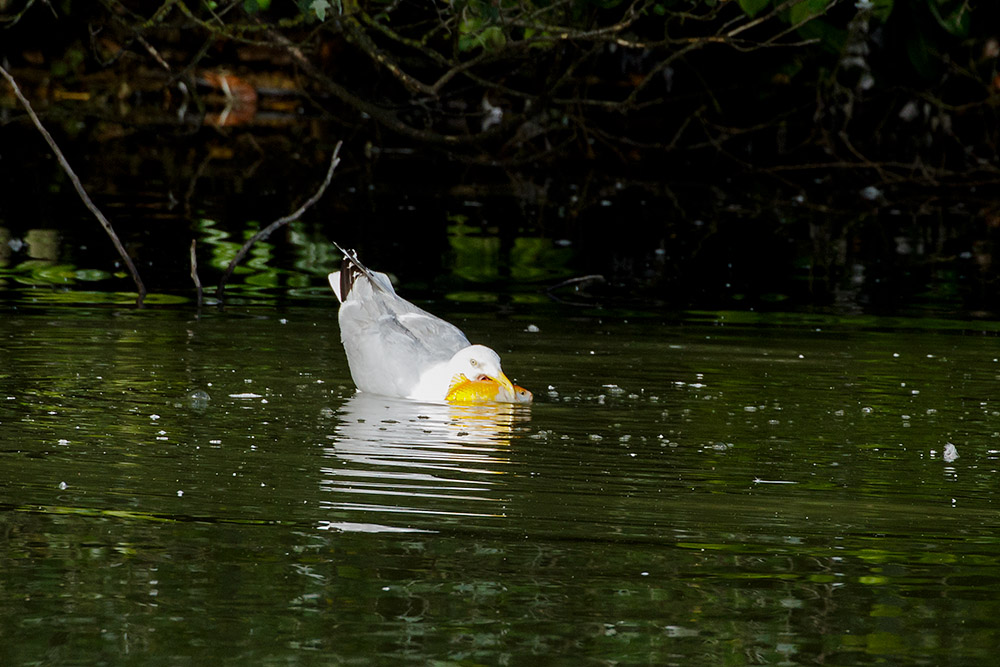 Taking it back to the bank 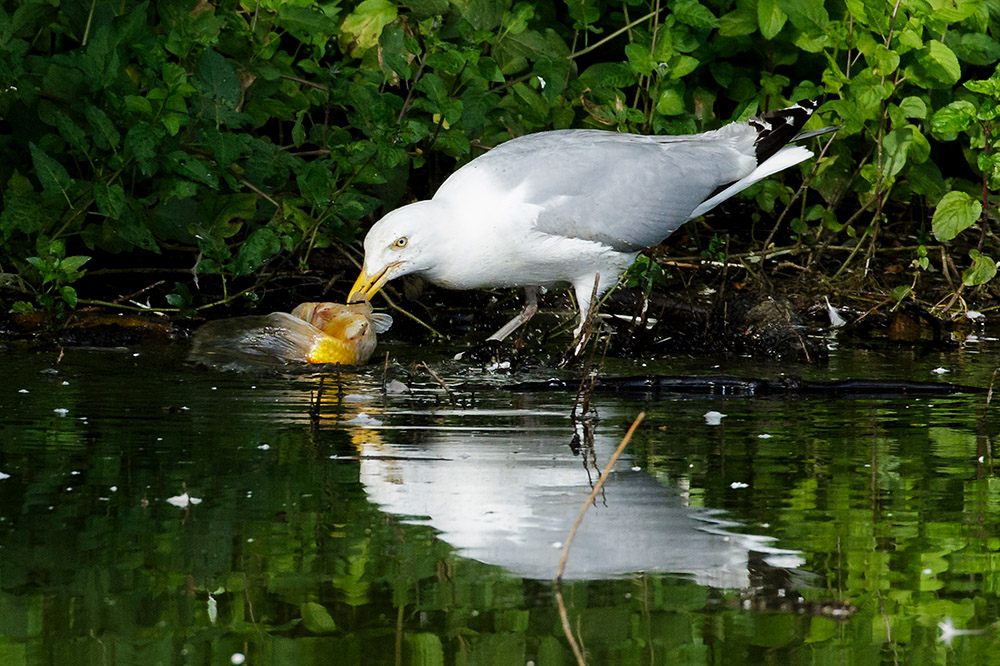 The fish makes a final vain attempt to escape 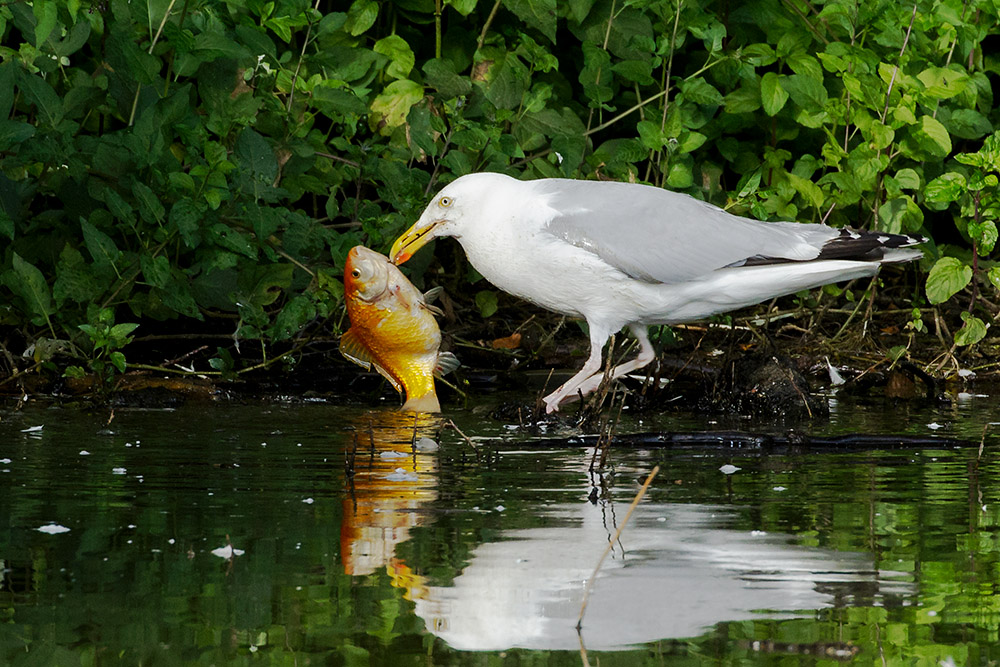 The herring gull displays its catch

This entry was posted in Behaviour, water birds and tagged fish, herring gull.