The good weather has a drawback. A major drawback. I take too many photos and then struggle to decide what to post. Saying I'll something for tomorrow doesn't work… it just doubles the problem ahead of me. So I'm going to be fairly strict with myself tonight and try to keep to the title… but be gentle with me if a couple of extra shots creep in. Like this one, which is by way of introduction.

The rabbits were out in the early sunshine, but this morning they'd descended on the churchyard, rather than keeping to the fields. 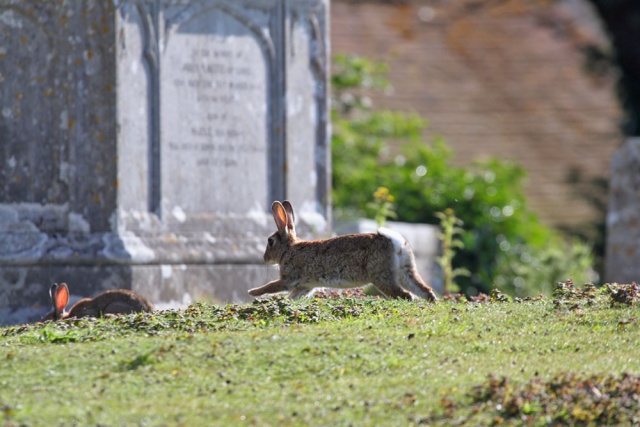 There was heron out on the pond, a new family of ducklings in the distance, ducks (lots of ducks), some juvenile moorhens… 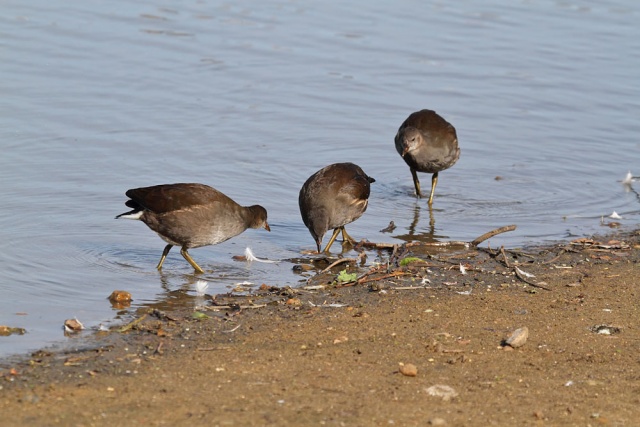 And there were the fish, busy leaping. I've been after a shot like this for a while. Usually I capture a 'splash' or a partial breaching of the surface. This one came right out and I caught it on the descent. It's a fairly hefty crop, but it's a fairly large fish! 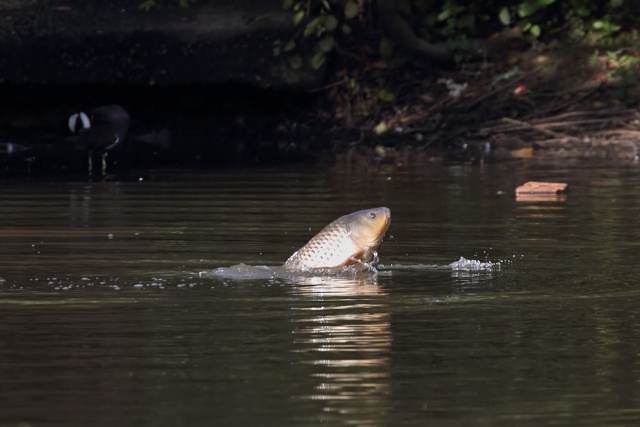 That was all before work. The next sequence are from early morning and lunchtime. The herring gull chicks were out and about on their roof, having survived the dire weekend weather. 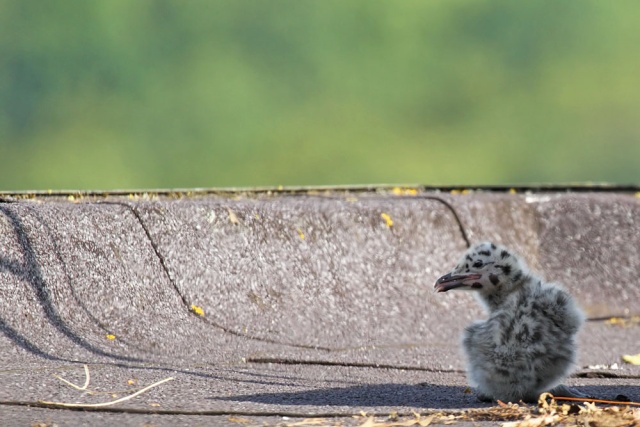 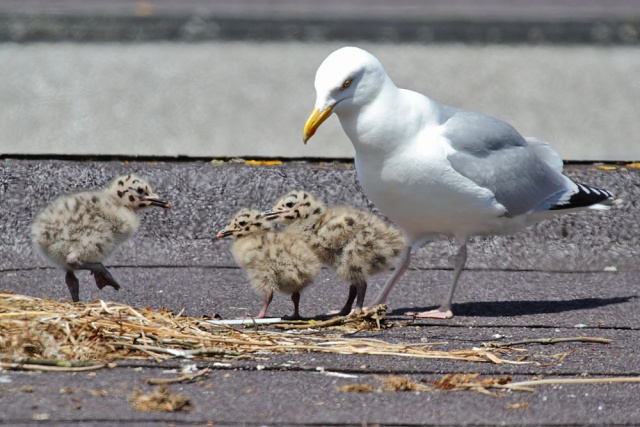 One of the adults appeared with some food (regurgitated ham by the look of it). 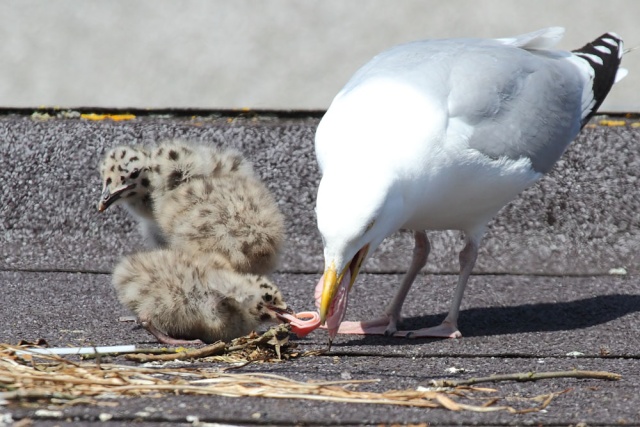 Two of the chicks are much larger than the third one, though the smallest seems to make up for its lack of size with a fairly aggressive attitude to food. Here it is cramming in as much as it can! 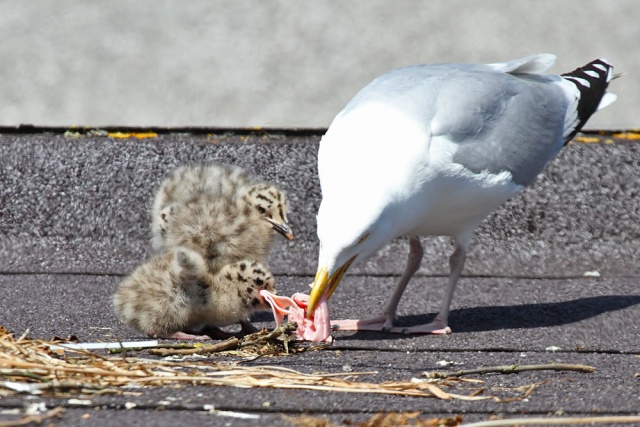 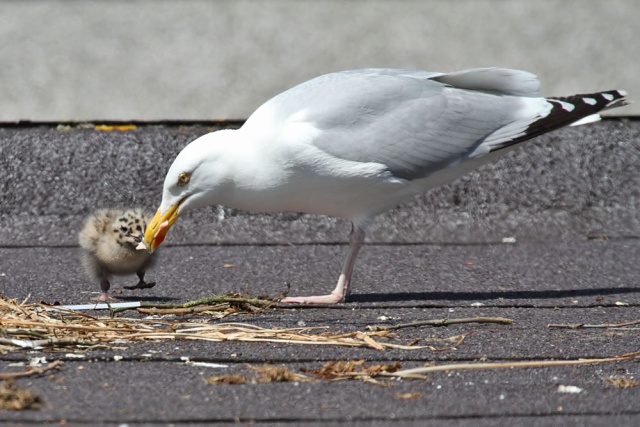 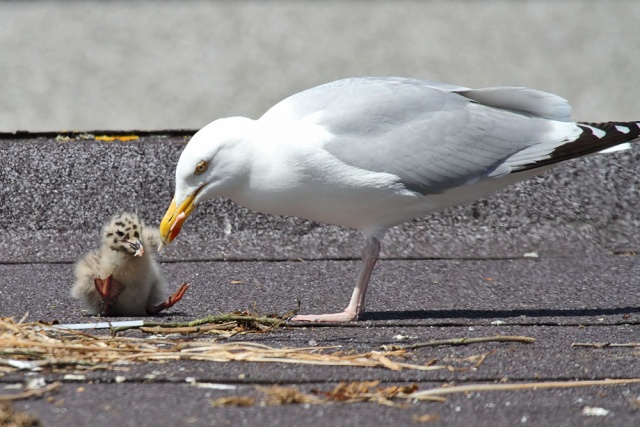 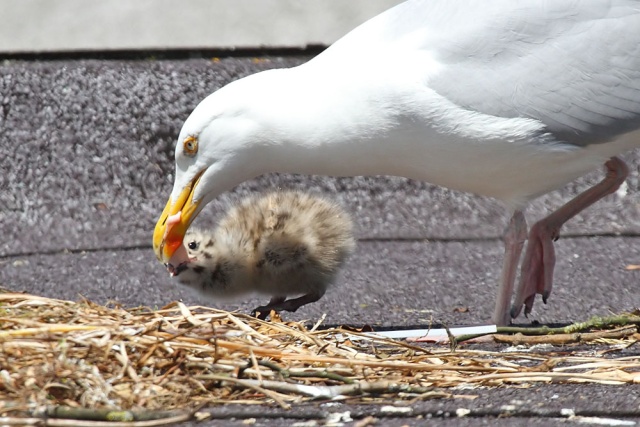 I'll leave the chicks there, but they are bound to feature heavily over the next few weeks. I'll close tonight with a couple of swifts photographed earlier this evening over our garden. They were sweeping in quite low as they hunted insects, and the late light was good. 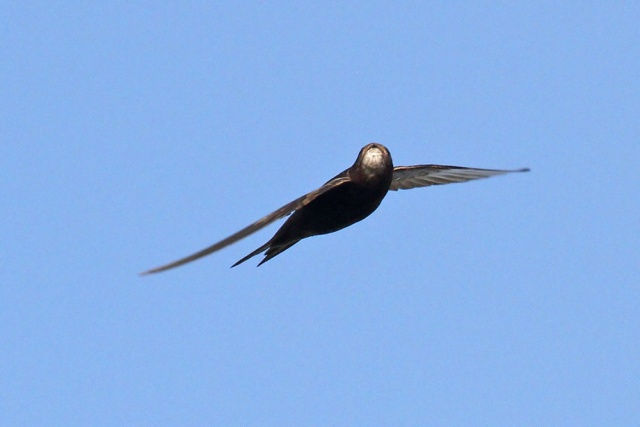 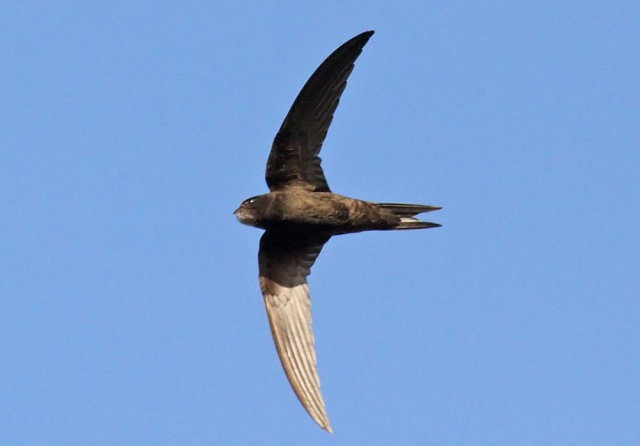 Definitely a good day. Now to see if I can spot a fox!