If it’s crowded, there’s not… mushroom

The autumnal rain is boon to the local fungi, which are popping up all over the garden. The great advantage they have for garden photography is that they keep still and there's plenty of opportunity to play around with camera settings. The other joy is the relative uncertainty. They appear, transform over a few days, and suddenly are gone. Especially these fellows, who love crowding together. 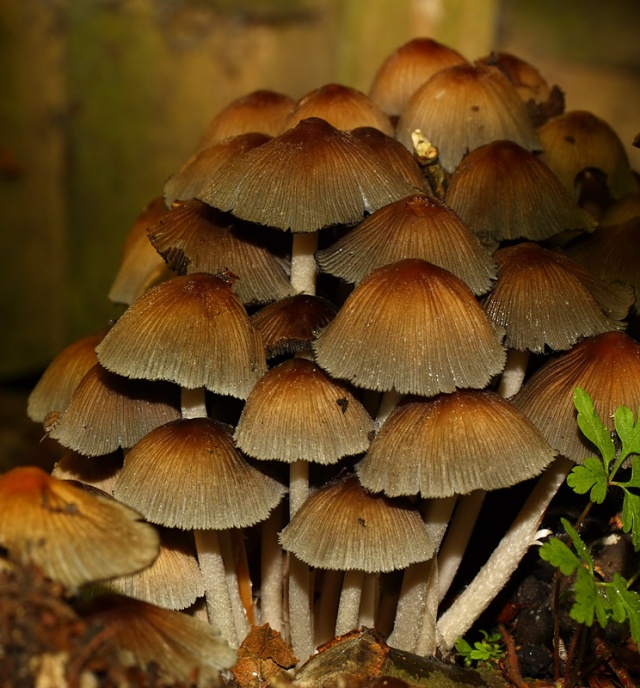 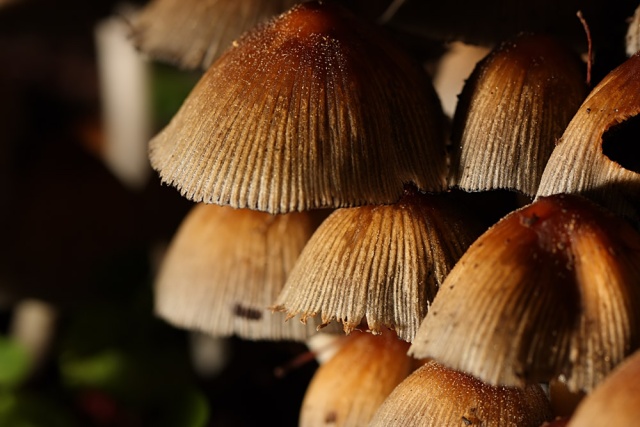 Altogether more solitary is this second type that's appeared over the past few days. If you look back to an earlier post you'll see it in its early phase. By yesterday it had inverted its cap. This rapid change of form is just one of the reasons fungi can be so difficult to identify, and I'll admit to having asked an expert over on Wild About Britain just what this was. 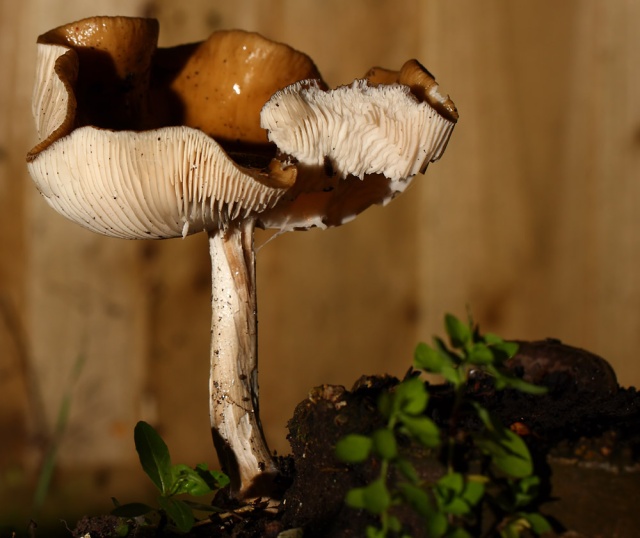 This second shot was lit from behind (flash dangling from a cord attached to a solid overhanging branch). 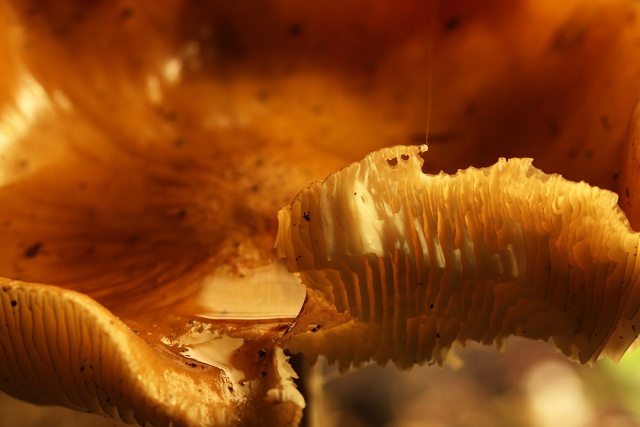 As for the foxes, last night was the turn of 'Handsome' (the young male) to put in an appearance. He's a touch more confident after the family get together the foxes had recently, and for once he tolerated me for more than a moment. 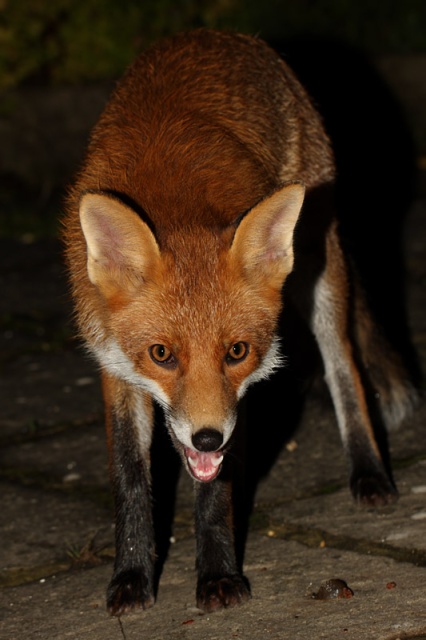 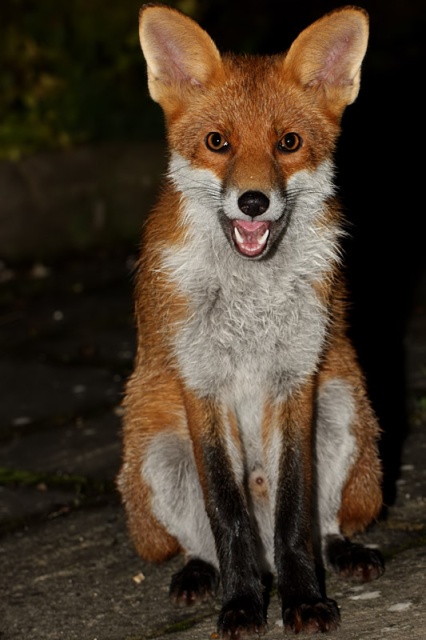 And one last treat, caught for no more than a second on one of the trail cam clips. Yes we once again have a badger! 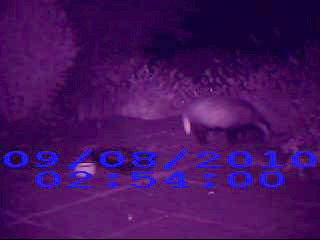 This entry was posted in Foxes, fungi and tagged badger, fox, fungi.