I’ve been mulling over what to post tonight and in the end have opted to keep it tightly focused on this small group of horned sheep that I stumbled across while out near local woodland. I could hear them before I could see them (cracking branches and so on), and it took me a while to work out what was causing the noise. I eventually found my way to where they were, and I have to say they presented a magnificently mean image. 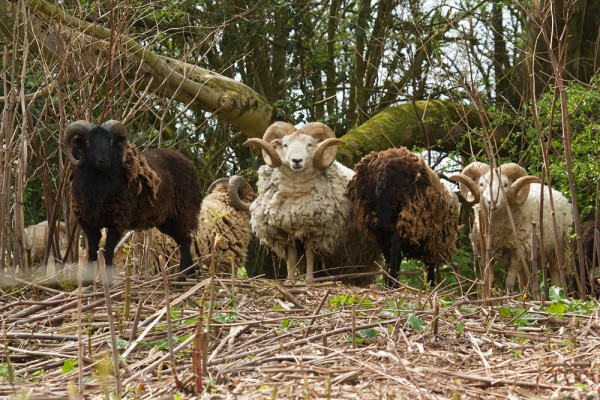 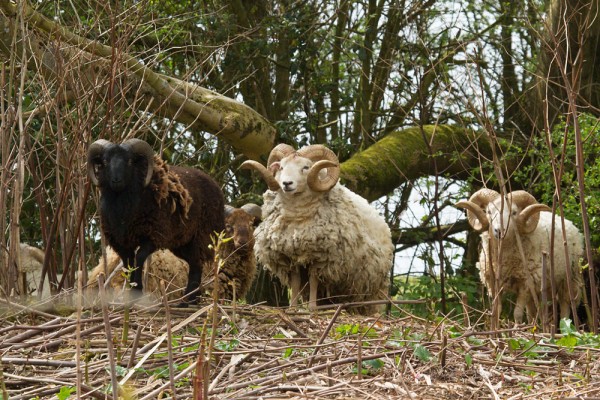 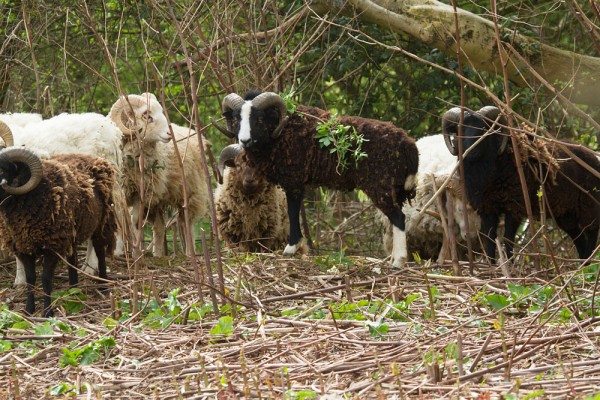 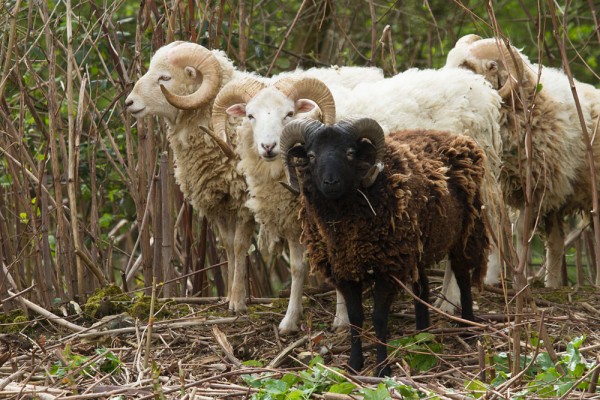 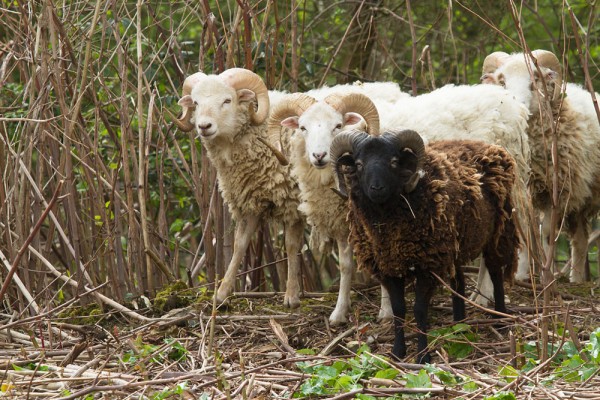 A makeshift fence had been erected to keep them penned in at one end of the area, so presumably they were being grazed in the wood by a local farmer. Whatever the reason for their appearance there, they looked great against that background, and certainly take the prize for the meanest looking sheep I’ve ever come across. And boy could they stare!

This entry was posted in Farming, Sheep and tagged sheep.