More sunshine, and more opportunities to watch the hub of avian activity known as Regent's Park. As a side note the management of the park (along with the other Royal Parks in London) is about to be handed over to the mayor. We can only hope that they don't become political footballs in the future.

But to the birds… I'll start today with the Egyptian (or Nile) geese. These bespectacled birds are among the less numerous in the park, which is generally dominated by the Canada geese and Greylags. They are quite charming though. 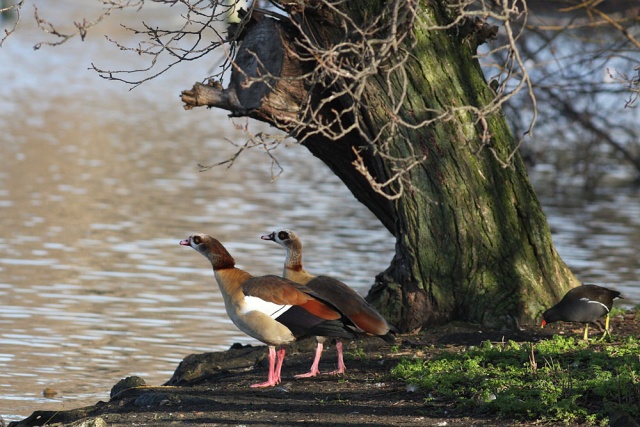 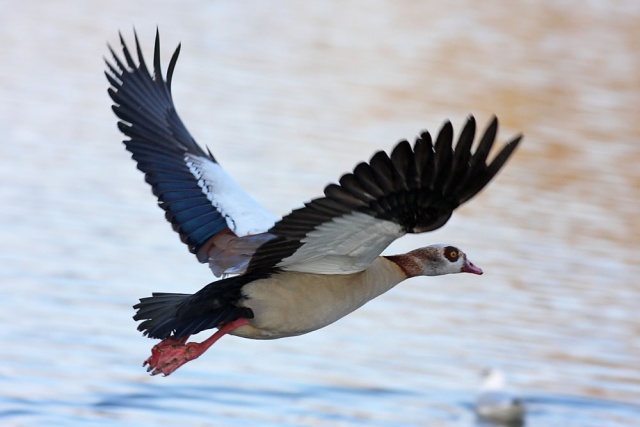 The swans were about as well. It seems to be just the mute swans at the moment (the whoopers seemingly having left the park, or moved to another area within it). There are several mutes on the water, with some hulking juveniles as well. This is one of the adults. 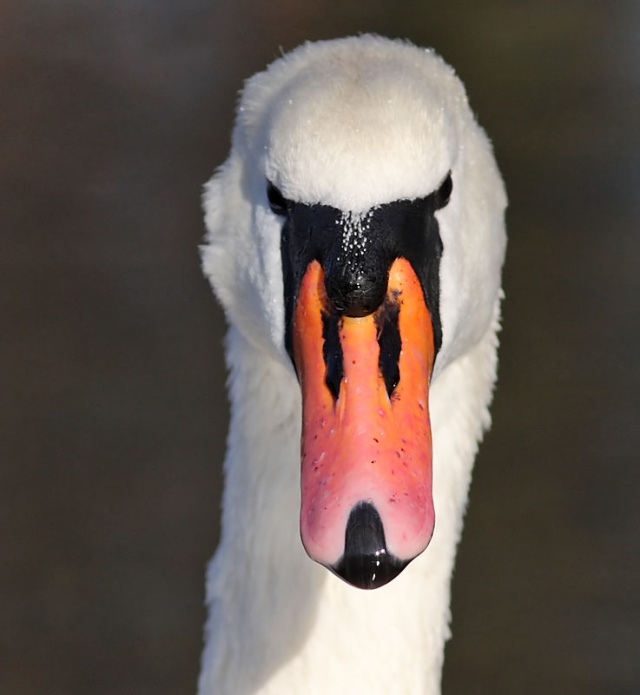 The herons are still busy with their nests, and are quite protective of them. I witnessed a small spat between two herons, with the interloper being noisily driven off. 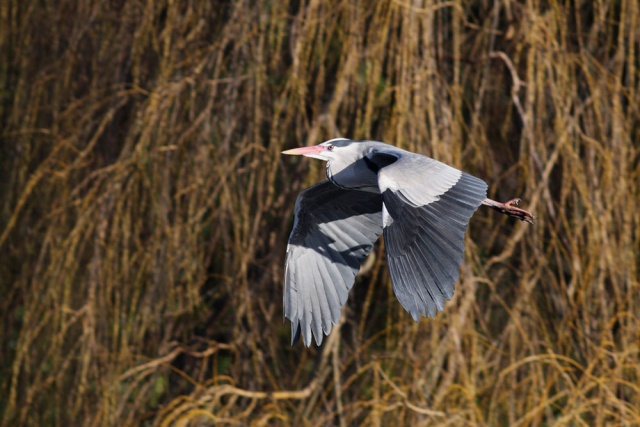 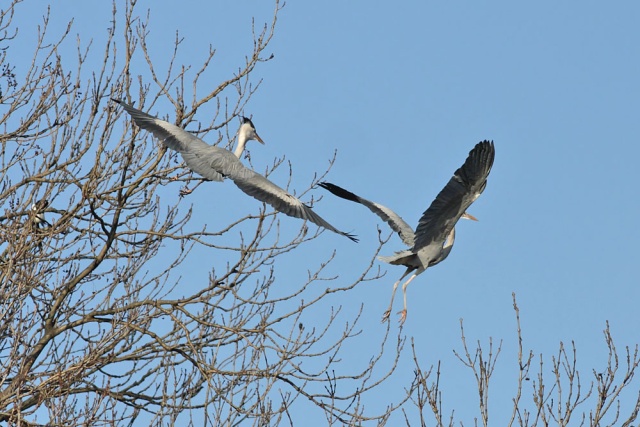 These last three pictures are of the smaller water fowl, but I liked the shots and as it's my blog I'm posting them! First a coot, running on water. 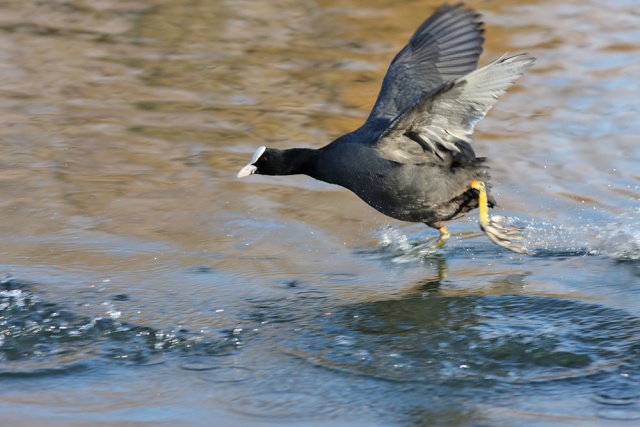 Next a great crested grebe… 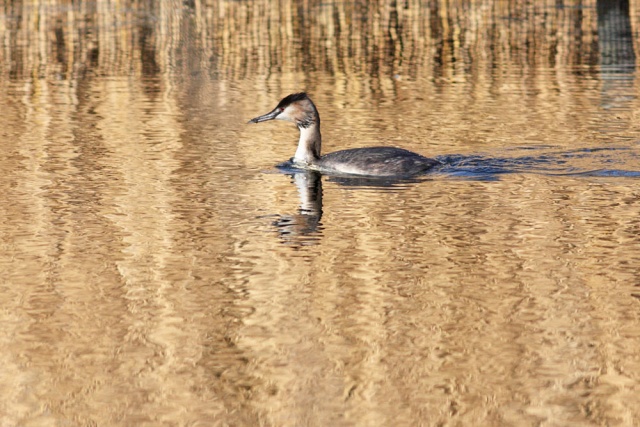 And finally, for prettiness, a red-crested pochard. They really are a joy to see. 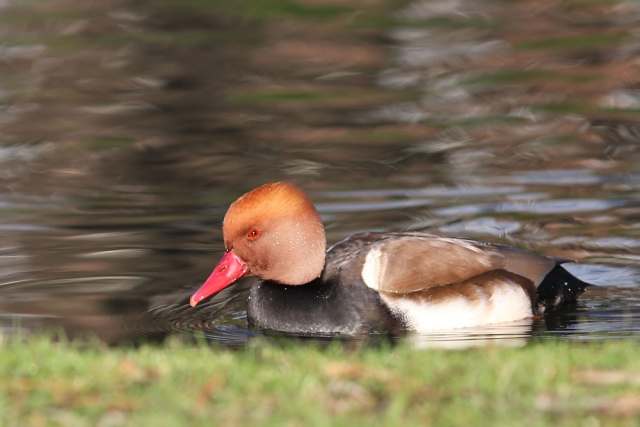 This entry was posted in water birds and tagged birds, regent's park.