Today features just one photo, and once again I slowed the camera to create motion blur. The original exposure was quite dark as you can see, but I liked the shot as the trees in the background add colour and contrast to the heron. 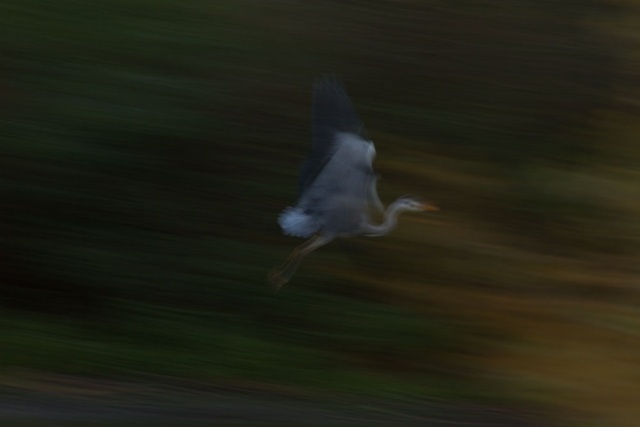 Left as it is the shot really doesn't work, but I liked the composition and movement so I wanted to see what I could rescue. I lifted the exposure a full couple of stops, and played around with highlights and midtones to draw out the colour. While those were fairly radical in extent, they are basic edits for dealing with underexposed shots. I then cropped the image and added a vignette filter (which creates the white surround). Those steps were all carried out in Lightroom. The final tweak was done in Photoshop where I used the sharpening menu and combined very heavy sharpening and motion blur filter to accentuate the impact of the sharpened pixels (the aim of the filter is to reduce blur, but I tweaked in the opposite direction). The end result gives a heavily textured effect which is (I think) a reasonable representation of a painted image (click the large version to see what I mean). 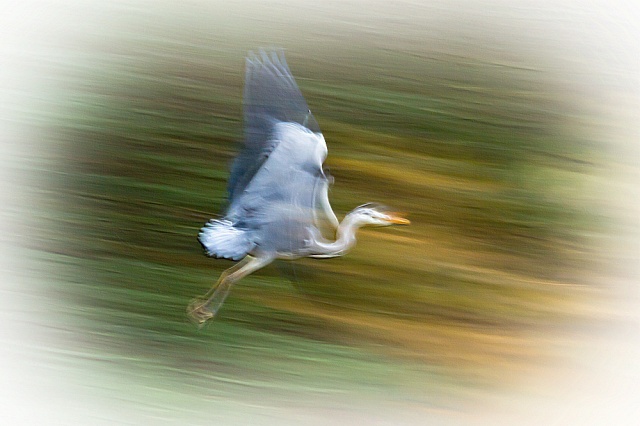 The whole process took less than 5 minutes from scratch.

This entry was posted in water birds and tagged heron, photography.