More Gulls and a couple of surprises

I'm still hammering away at long exposure shots of seagulls. It suits the time of year, and I wasn't able to get out in the brief period of sunshine we had in the middle of the day. So more blurs to puzzle over! 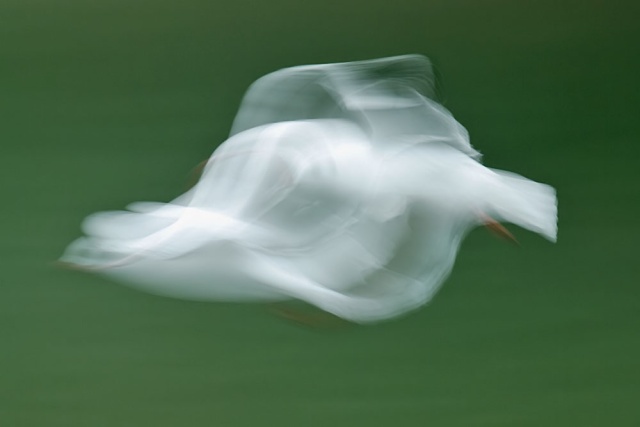 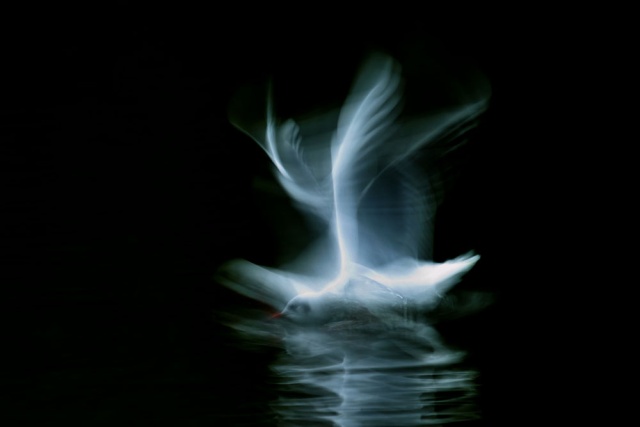 I promised a couple of surprises as well.

The first was in the pond just a few minutes ago. I noticed something moving on the surface. On closer inspection it turned out to be a dragonfly struggling to free itself from the weed. I helped it on to a small piece of bark (which it gripped) and transported to a bush so that it could dry off. It seems exceptionally late in the year, and I'm not sure of the species. I really don't expect to be photographing dragonflies at this time of year, but it says something for the unusually mild weather we've been having (despite the fogs). 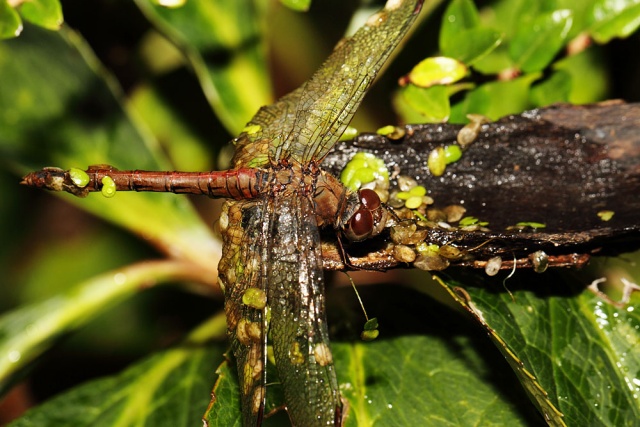 The second surprise is from last night's trailcam. It's Shutterbug with a companion. They've been together several times recently. A promising sign for this time of year.. 😀 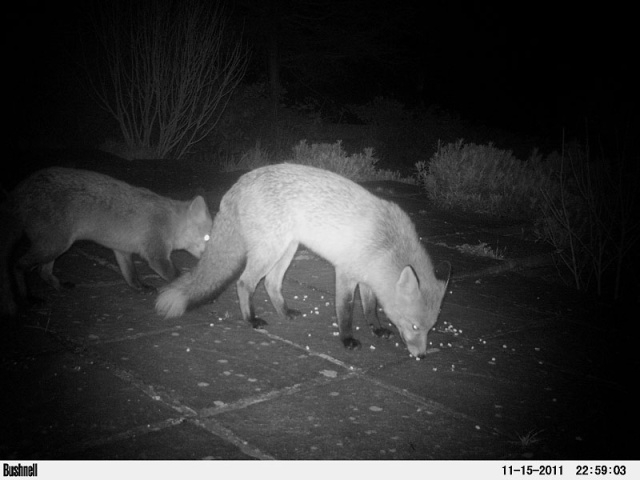 Last up is not so much a surprise, but a rarety for the blog. It's yours truly taken a few nights ago while I was photographing Shutterbug. The trailcam was set, and fired a few shots while I was doing the same. Not often that I get the wrong side of the camera! 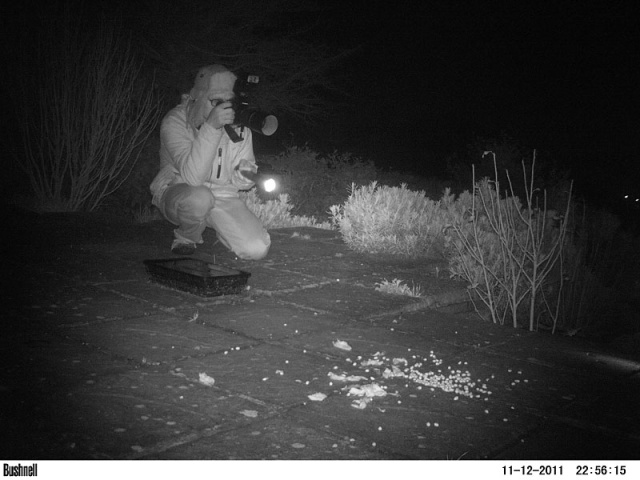 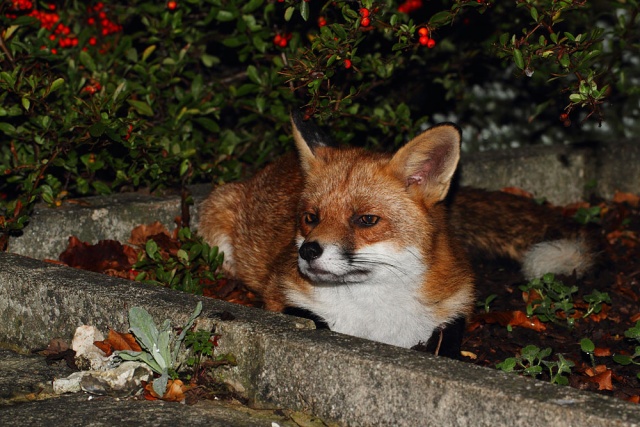