This is going to be 'fox-light', just for change of pace. The foxes are still all there, and I even saw (but didn't photograph) one of the adults earlier this evening. There will be plenty more foxes in the coming days (weeks?), and if you are really in need of a fox-fix then you can always scroll through the archive of my fox of the day pages.

Instead today is a feathery post, starting with a young duckling, sadly the only survivor of a clutch of around 10. 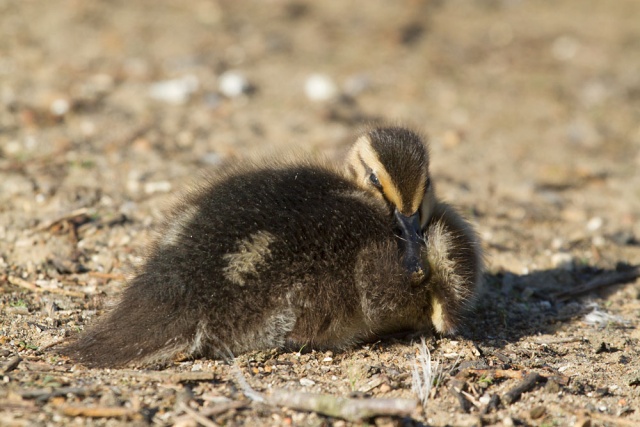 The goslings are doing rather better, and all six are still hale and hearty, and growing fast. 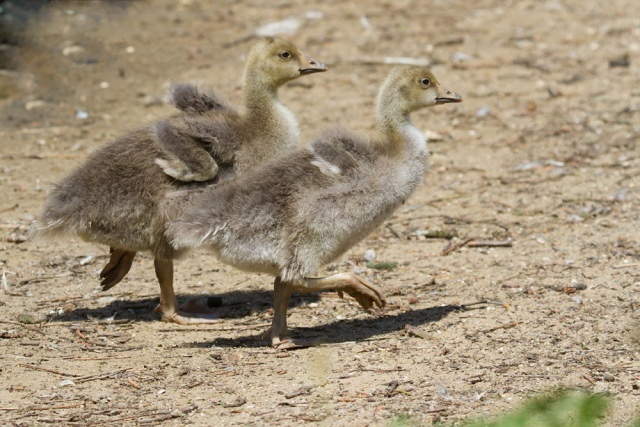 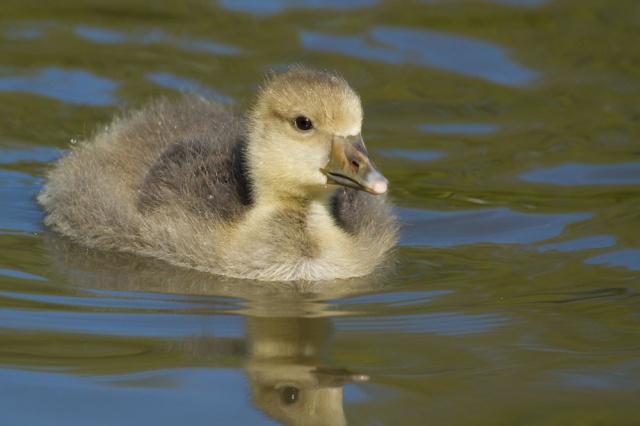 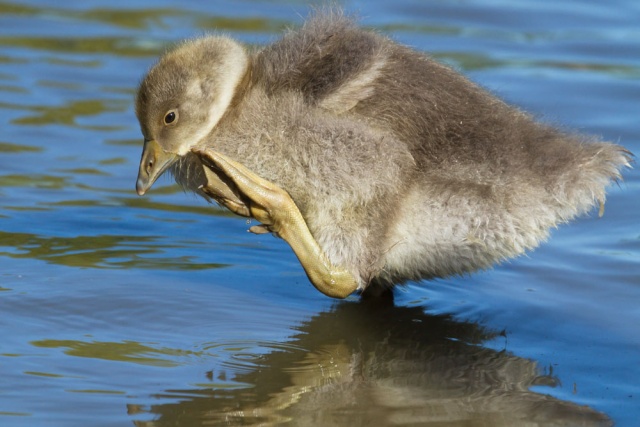 One possible cause of the decline in duckling population are these invaders. Terrapins are non-native and effectively sit at the top of the local food-chain. Not only do they take young ducklings, they also predate eggs which is not good. They were almost certainly dumped in the pond by a bored pet-owner, and have been around for at least three years. 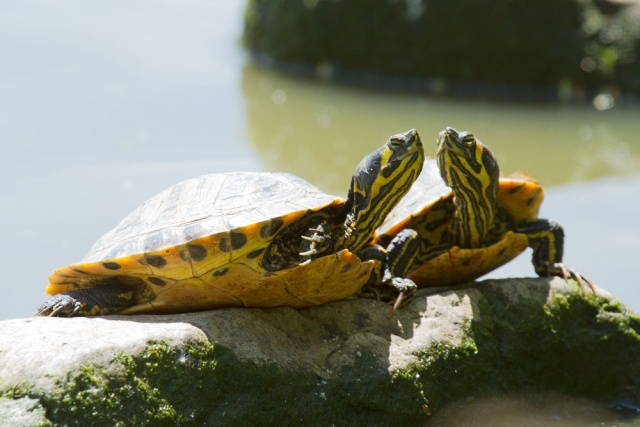 There may be other causes of the decline in ducklings. Gulls, raptors, foxes (yes), rats and even stoats inhabit the local area so young ground-dwelling birds are in constant peril. The terrapins are prime culprits though, and I suspect the goslings have survived as they were hatched on the island in the centre of the pond, well away from the warmer fringes preferred by the terrapins.

On a brighter note, the first of the gull chicks at work have arrived. Not much to see yet, but thre are two tiny little gulls snuggled up to Mum in this shot. 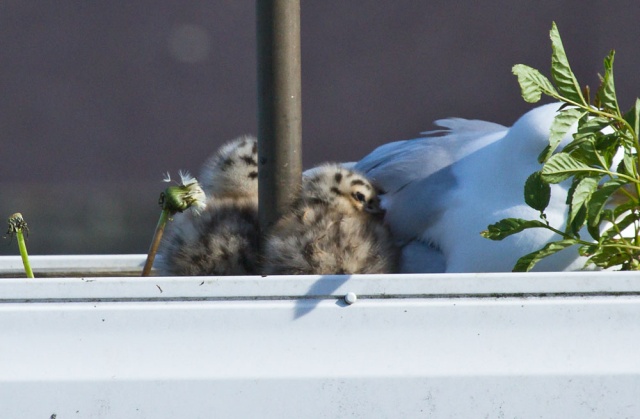 No sign of chicks in the two other nests I'm monitoring, but it can't be too long now.

One fox cub shot for tonight. It's the bullying cub and it's displaying typical dominant behaviour with the brush held high and parallel to the ground. This is a fox saying 'I'm the boss!' 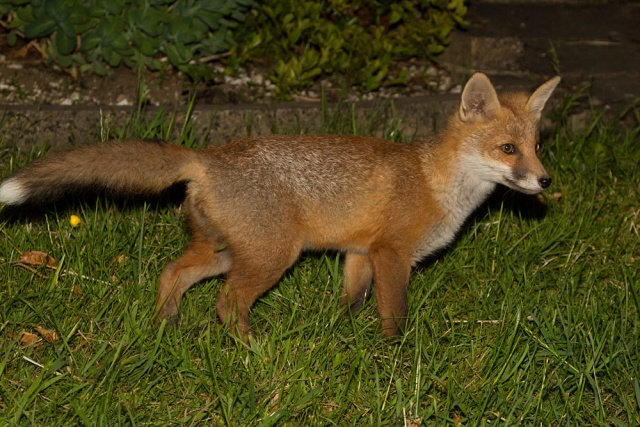