Peregrine and Gull (plus some more of the fox cubs)

I'm going to start today with a photo taken yesterday in Brighton. it's a piece of graffiti on a phone cabinet, part of an on-going project around the city. The artwork (from what I can find on the web) is by Sinna Wun. 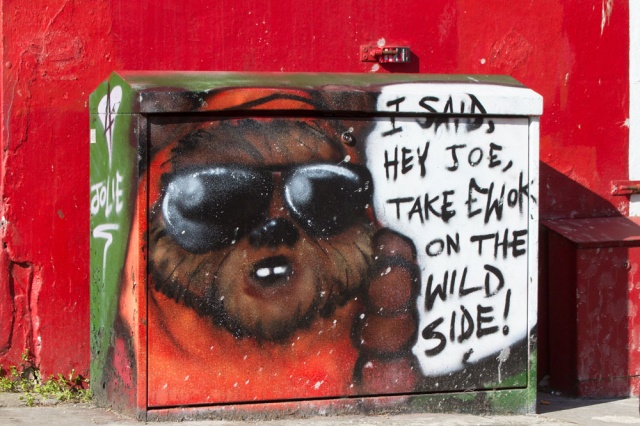 Now to today, which was mainly spent cutting grass in the garden. I use a lo-tech method (a pair of shears for the longer grass and a manual lawnmower for the rest), so it takes a while. Occasionally I look skyward to see what is happening, and to catch the occasional passing raptor. A buzzard flew over during the afternoon, but was too distant for a photo. Slightly closer (but these are still hefty crops) was a peregrine, being hotly pursued by a very angry – and presumably quite brave – herring gull. 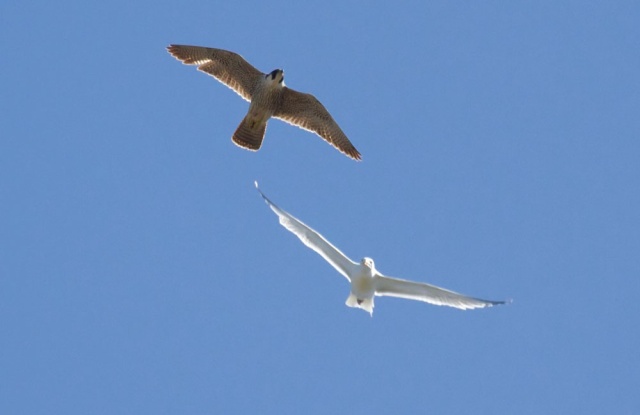 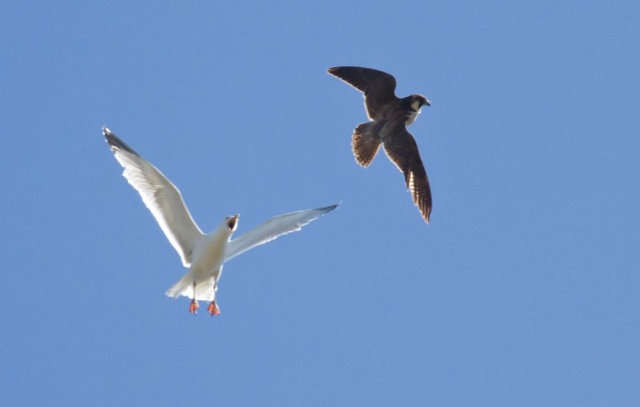 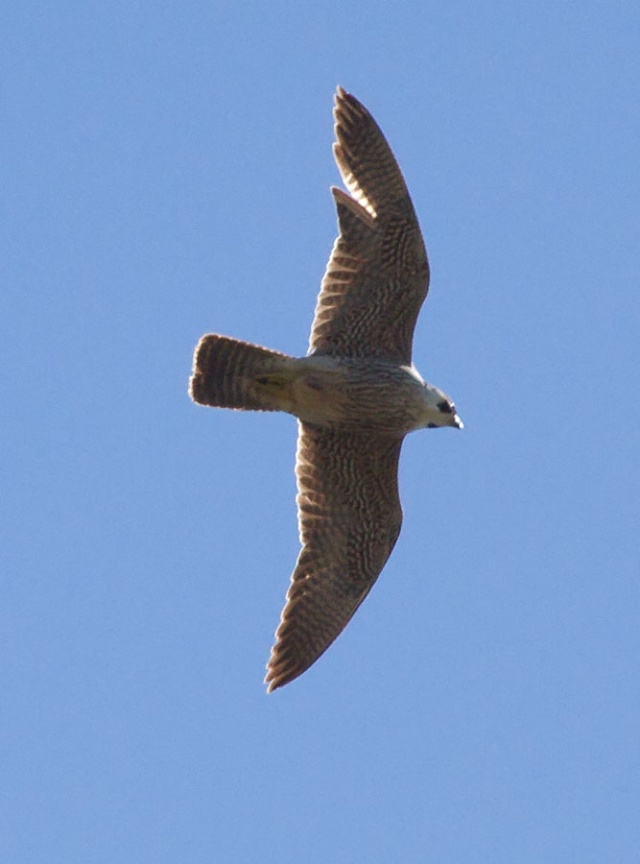 This evening was spent in the company of fox cubs. Here are two of them scrapping over some peanuts. 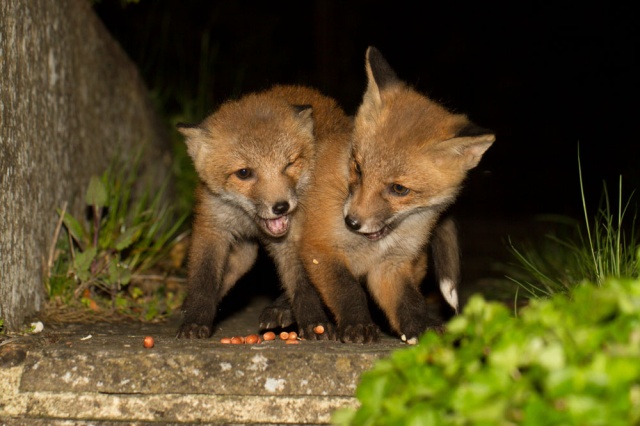 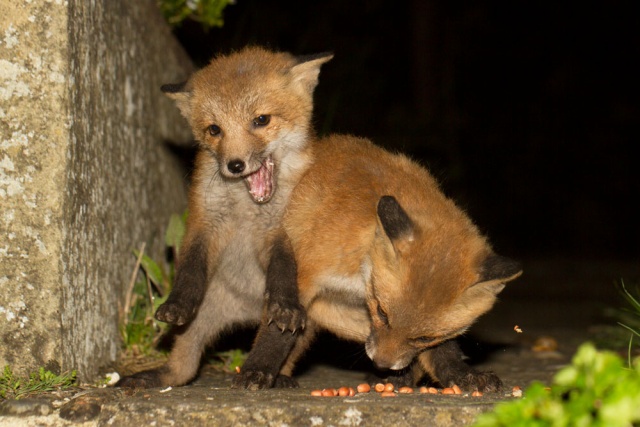 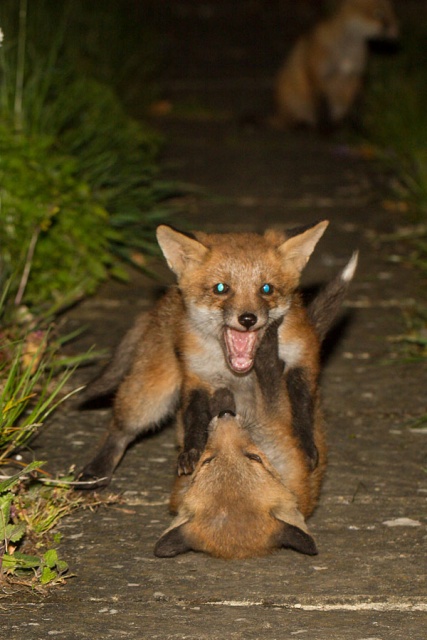 A rather more peaceful scene played out over night. It's called So Many Mouths to Feed.