It was back to the pond today. It was quiet to begin, but the swallows were circling overhead, and a few ducks were playing at the water's edge. A heron lurked under the trees which overhang the pond. And then it appeared. I've seen a sparrowhawk circling above the pond several times recently, but today it came in low, sweeping across the water and causing a wild scattering of the local water fowl. 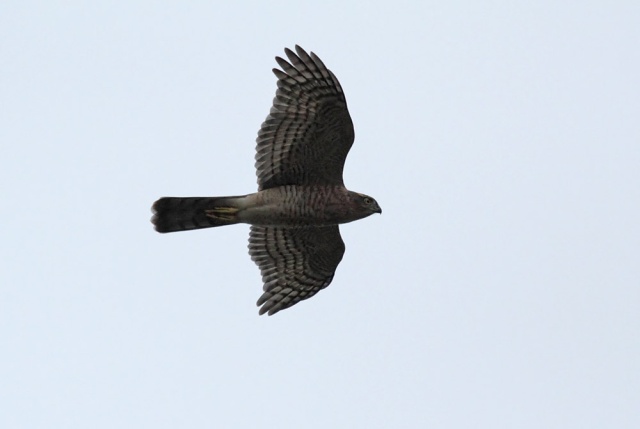 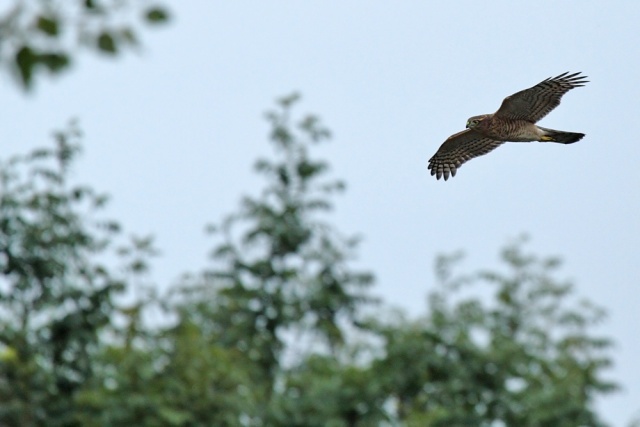 It settled briefly in one of the trees. 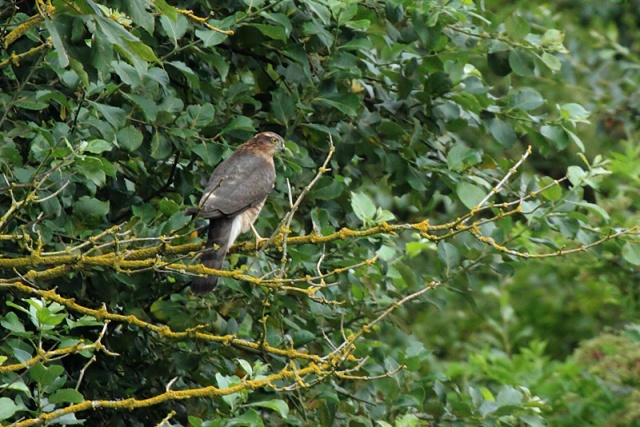 But not for long… 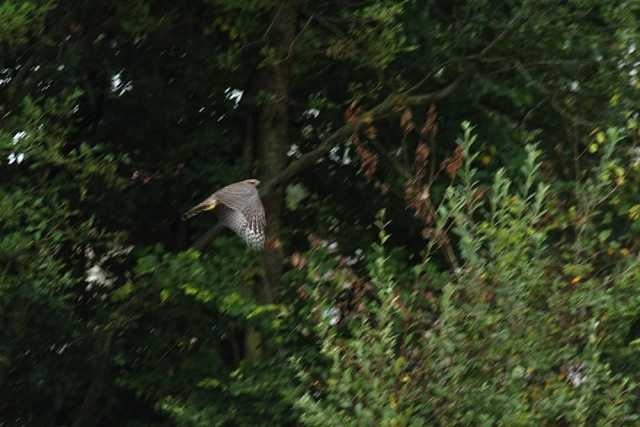 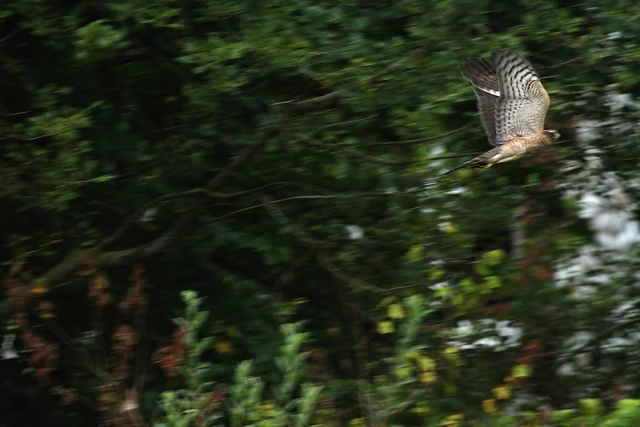 I saw it come down to the water's edge, but didn't see whether its hunt was successful. With so many fledglings around at the moment I very much suspect it (eventually) was.

There were other surprises as well today. At lunchtime I followed the flashing flight of a green woodpecker and ended up behind the village church. The woodpecker was perched on the old barn. 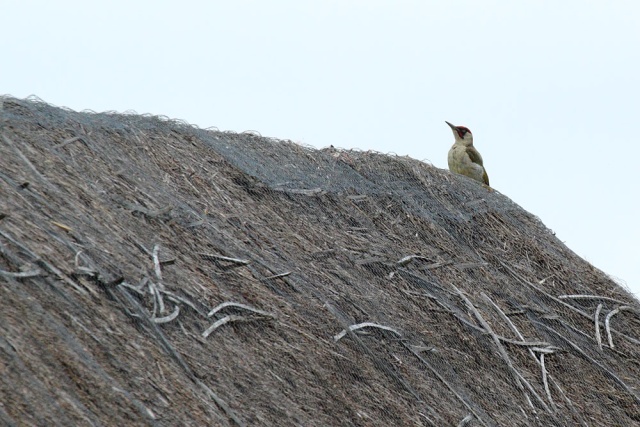 I was more concerned about the bees. And then I saw why; or rather 'where'. A colony has taken over a large gap in the church stonework. There was a constant stream on incoming and outgoing workers. I kept a safe distance. I don't fancy becoming the host for a swarm! 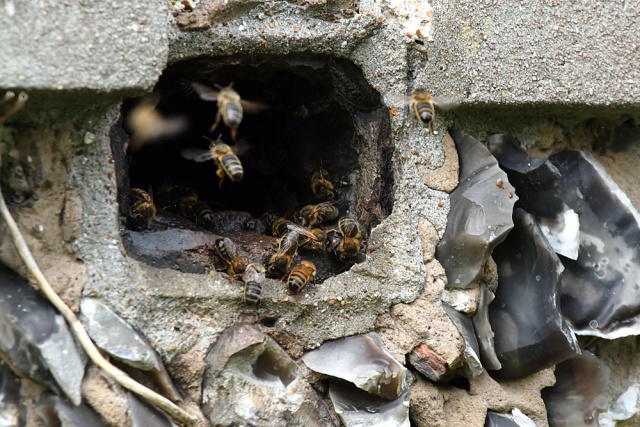 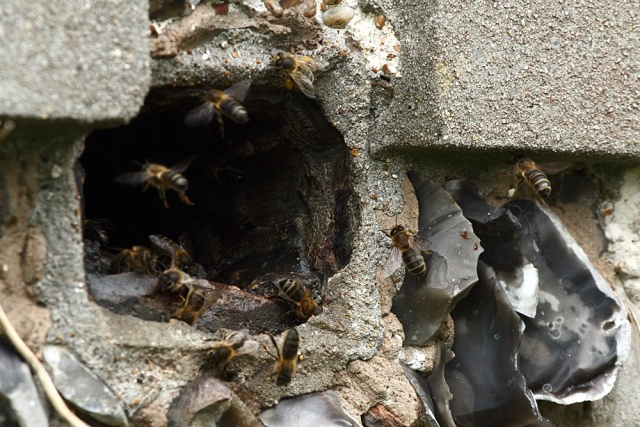 The final shot for today has me puzzled. It clearly wasn't laid in this position. It appears unbroken. I doubt very much that it's viable. But perched upright in the crook of a tree, an egg. Peculiar. And given the location in a churchyard, a curate's egg? 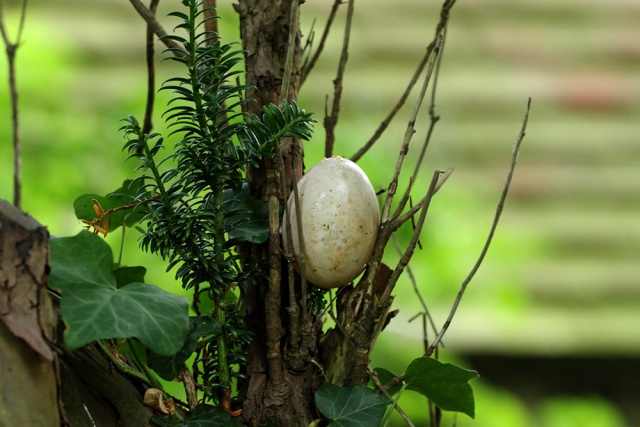 This entry was posted in Bee, Bird of Prey and tagged bees, egg, sparrowhawk, woodpecker.