Spring? the birds think it has arrived (photo special)

I'm going to regret my confidence about the weather, but it really is beginning to feel as though spring has arrived. Sure, it's a little late, and a little cooler than we might want; but it's here, and the birds are beginning to emerge in number.

Down at Falmer pond today I spotted a common sandpiper (no decent photo), a sparrowhawk flying over in the distance, and a good range of other hungry birds enjoying the sunshine. The best though comes last. For now here's a small selection from around the pond.

I'm going to plump for a chiffchaff as the identification of this little warbler. Such pretty birds, and this one was posing nicely for me. 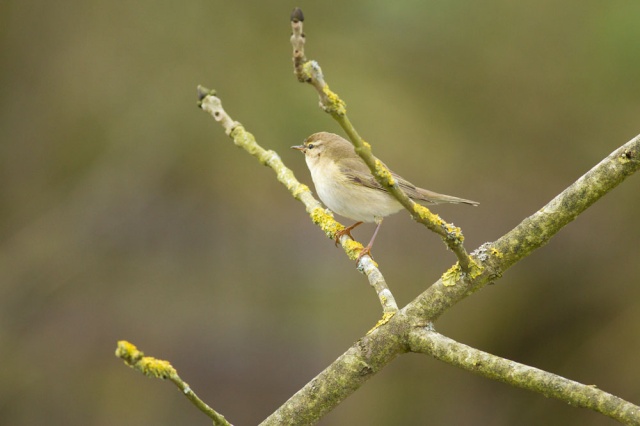 The pied wagtails were also very lively. This one was pecking fr seed down at the edge of the pond. 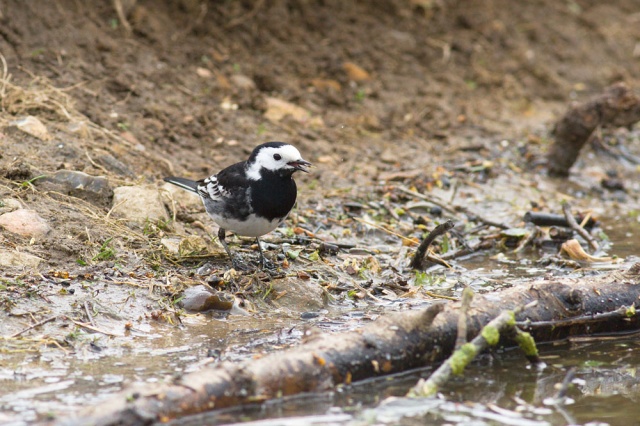 So were the yellowhammers. It was a pleasure to finally get a shot of one down at ground level. They're fairly nervous and tend to hide away in the trees. 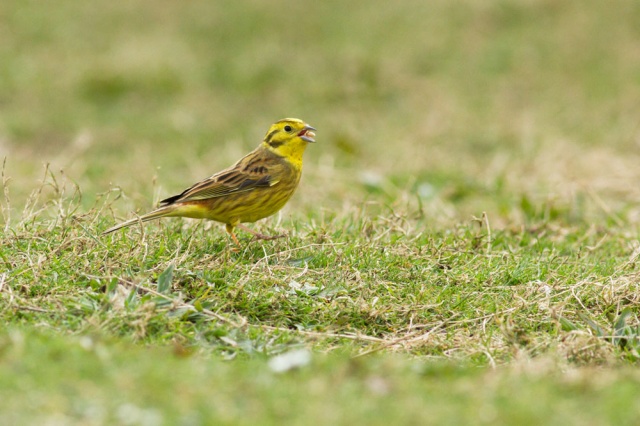 Out over the water, a pair of little white ducks were proving that they are more than decorative. They can fly with the best of them. Here's a couple of formation shots. 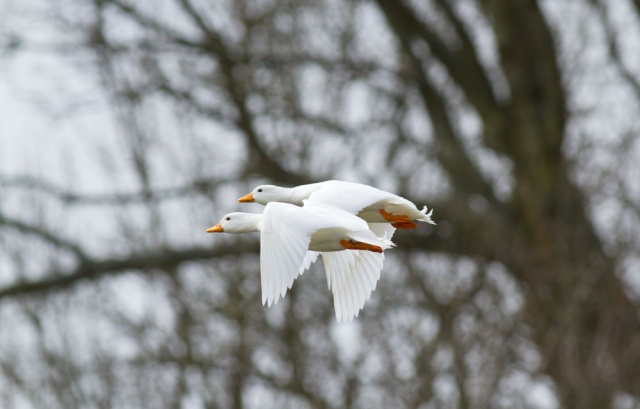 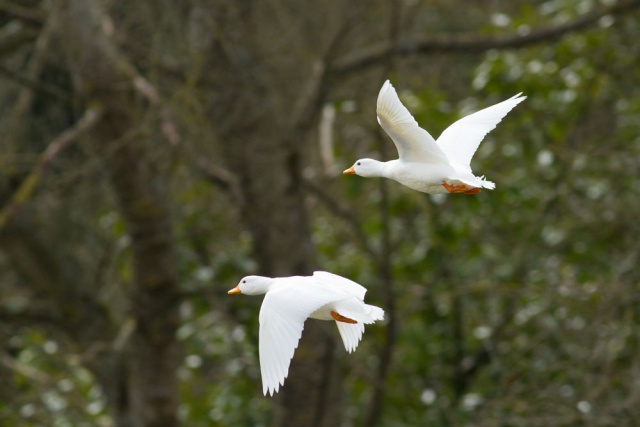 The gulls were in a feeding frenzy at lunchtime (oddly, none of them were anywhere to be seen earlier in the morning). 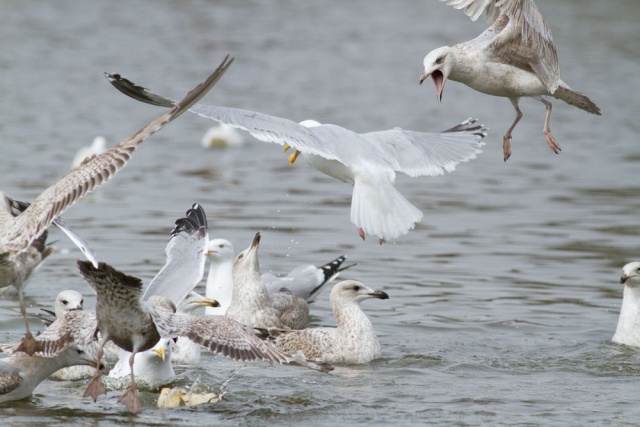 The greylags were being all the more sedate. I suspect they are getting prepared for egg-laying. 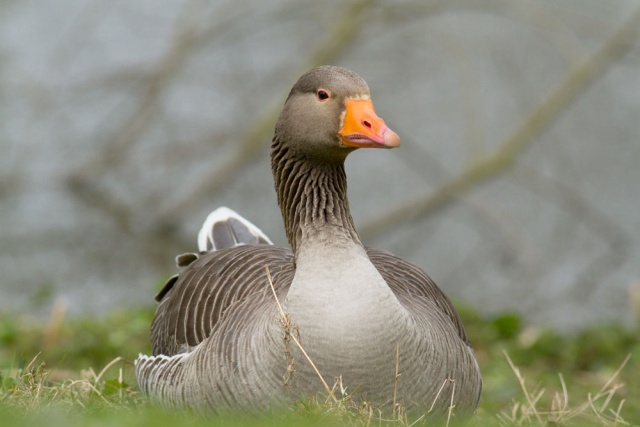 The star turn though was back at work, on one of the low roofs near the car park. This pair of gulls has commandeered this particular roof for a number of years (other gulls no doubt lay similar claim to other roofs). They are certainly getting ready for nest building. 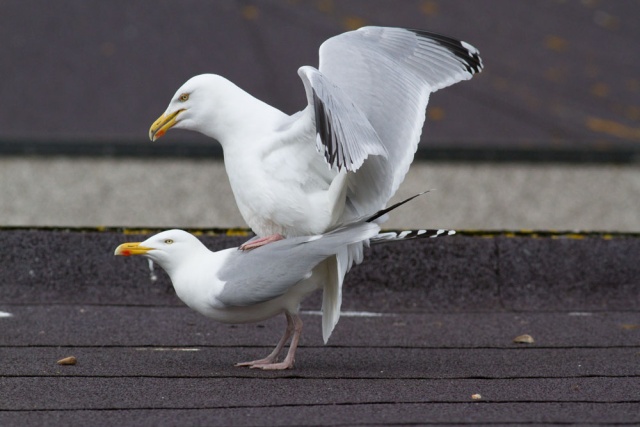 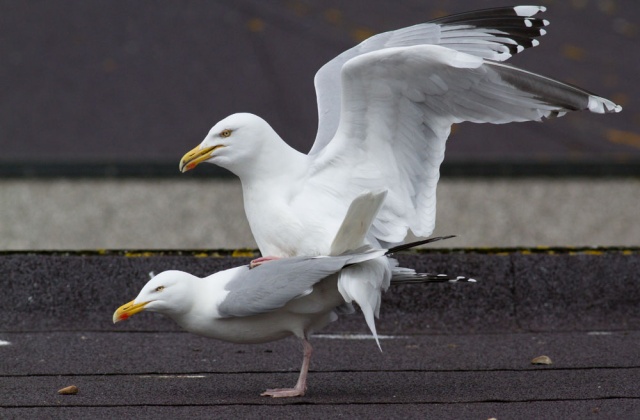 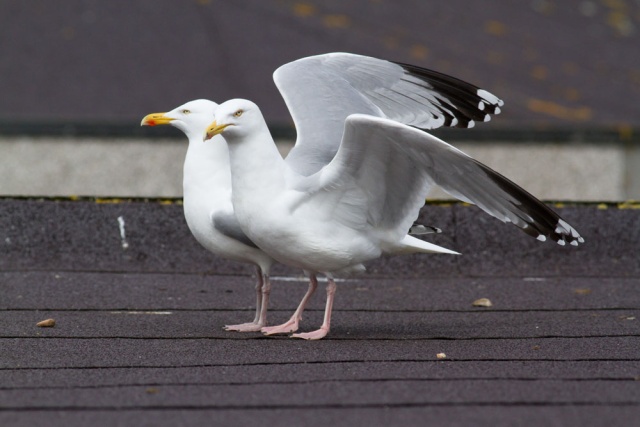