More sunshine today, though I didn’t have long to enjoy it. Still, it was a pleasure not to be dodging rain and there were some nice images among the few photos I had time to take.

In this first one a moorhen investigates the No Fishing sign. 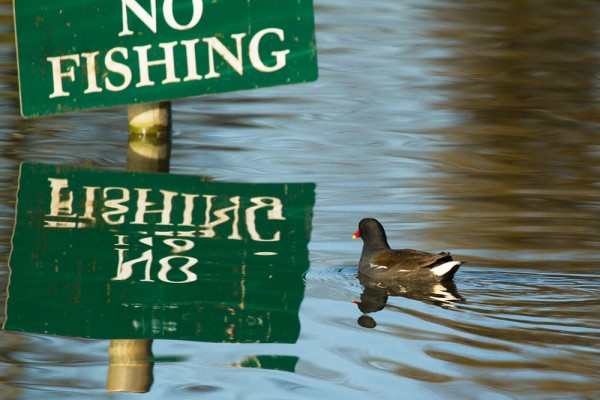 And here’s a simple portrait shot of one of its kin, on the glassy still water. Not only no rain, but no wind. 🙂 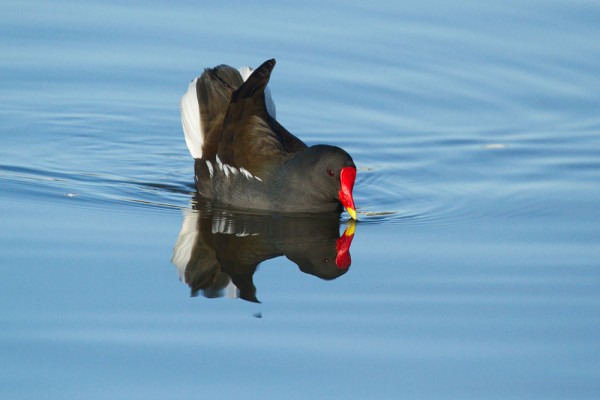 The gulls were largely absent, so it was relatively quiet as well; until some noisy ducks flew in over the village. 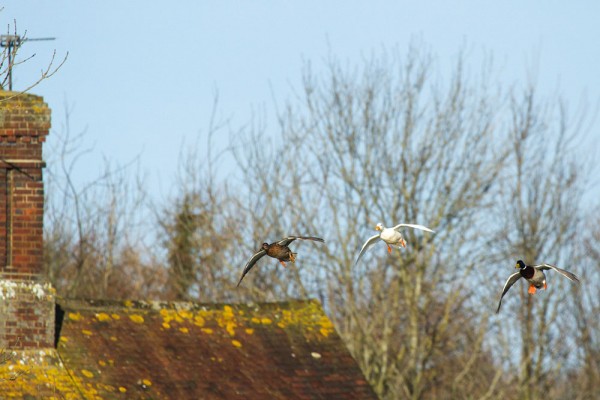 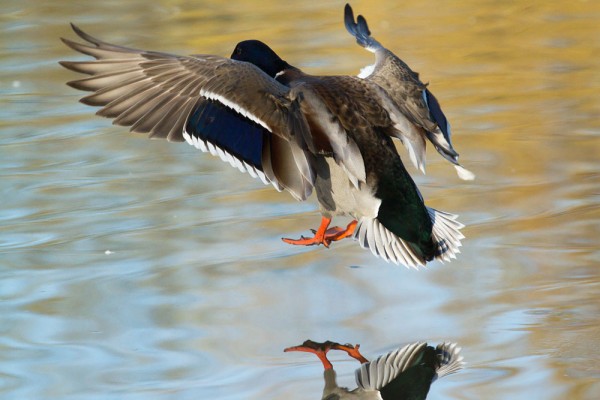 It took some searching out, but I eventually also found one of the local rats. It had eluded me at first as it was sitting several feet above the water, resting in the fine branches of an overhanging tree. 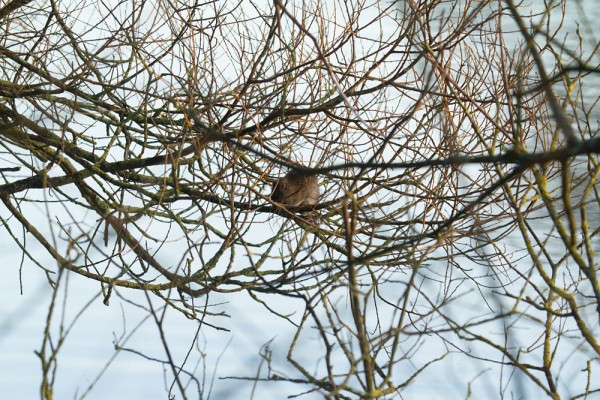 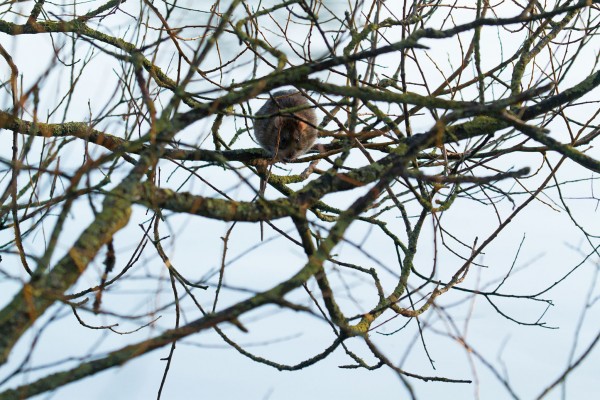 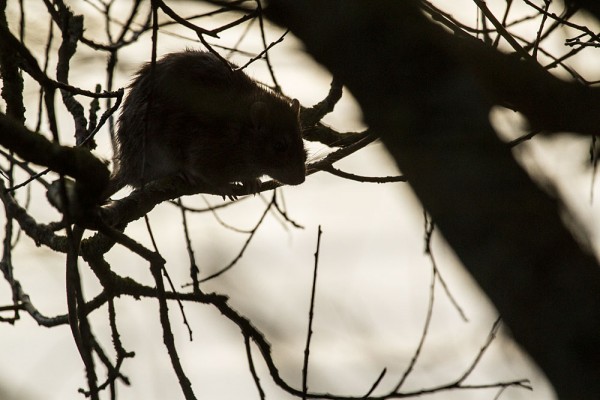 Back home, Pretty’s mange treatment seems to be having some effect. She’s still scratching at her coat, but much less intensely than before. She is probably now the most consistent of all the fox visitors we’ve had in about 9 years of watching them. There’s barely been a week when she hasn’t appeared, and generally she shows up several times a day. 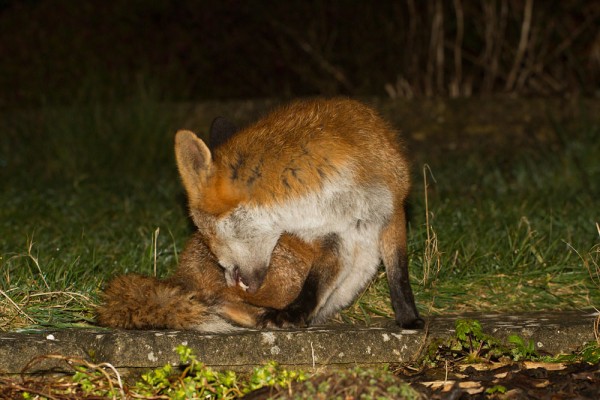 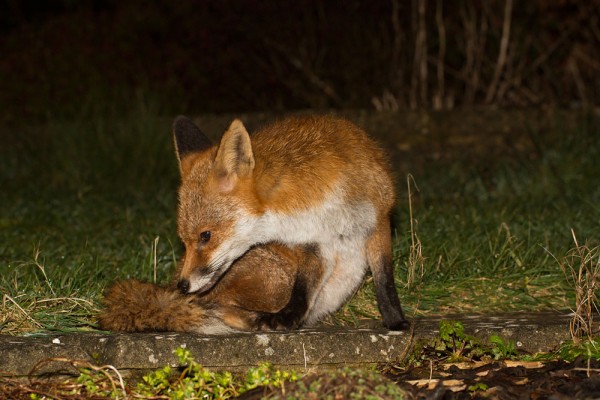