Finally some beautiful winter sunshine. Sure it’s cold, but dry, clear days like today are perfect. And I was lucky enough to be down at Brighton seafront at lunchtime. I wandered down to the east of Brighton Pier. 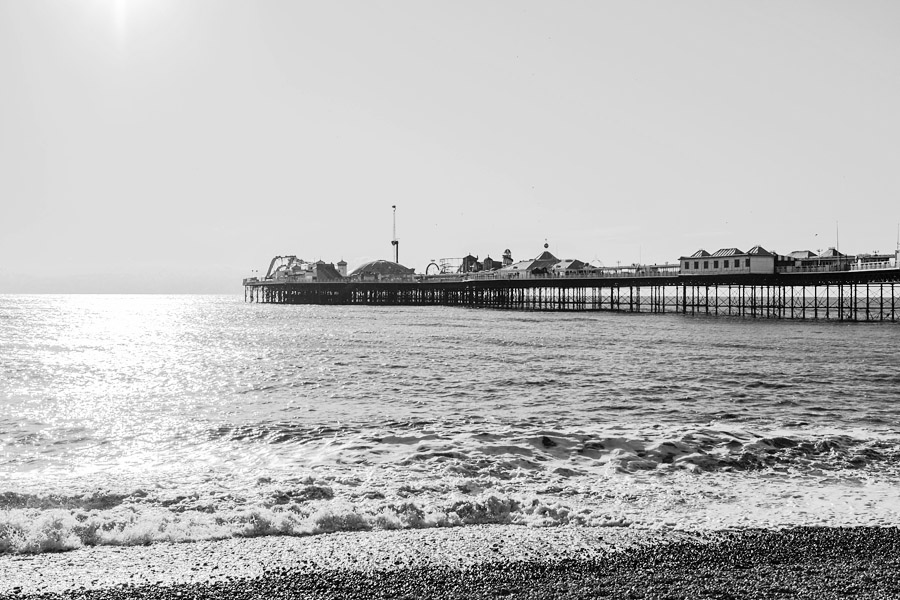 It was quiet there and I spotted a small group of turnstones enjoying the sun. They were very relaxed, mainly ignoring the occasional passer-by. 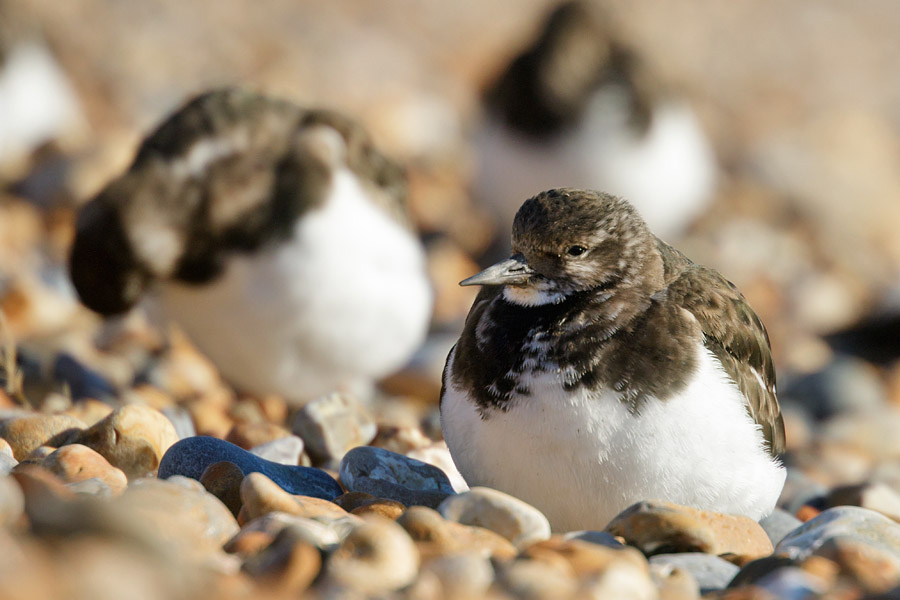 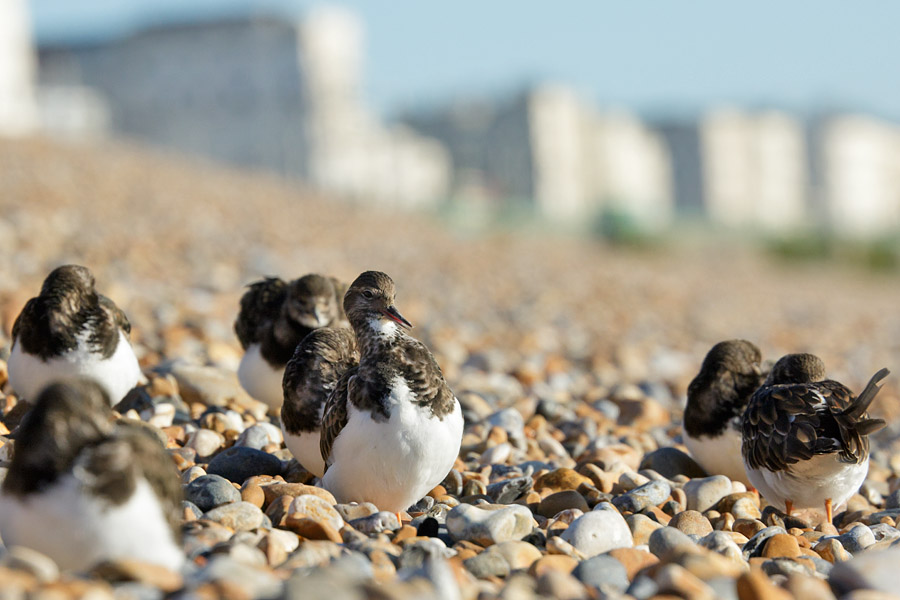 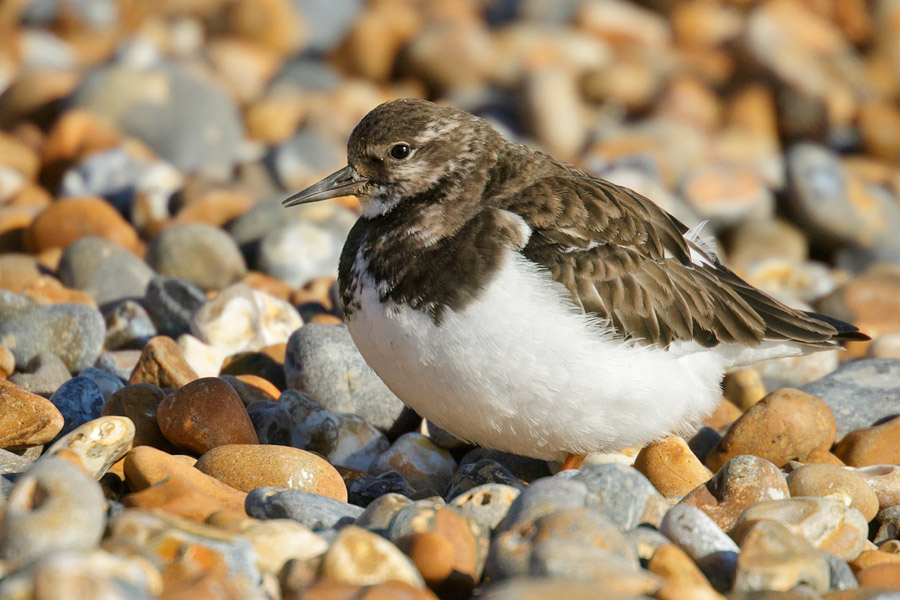 Eventually they made a move and headed off to better feeding grounds along the coast. They were a delight to see, and so unexpected. 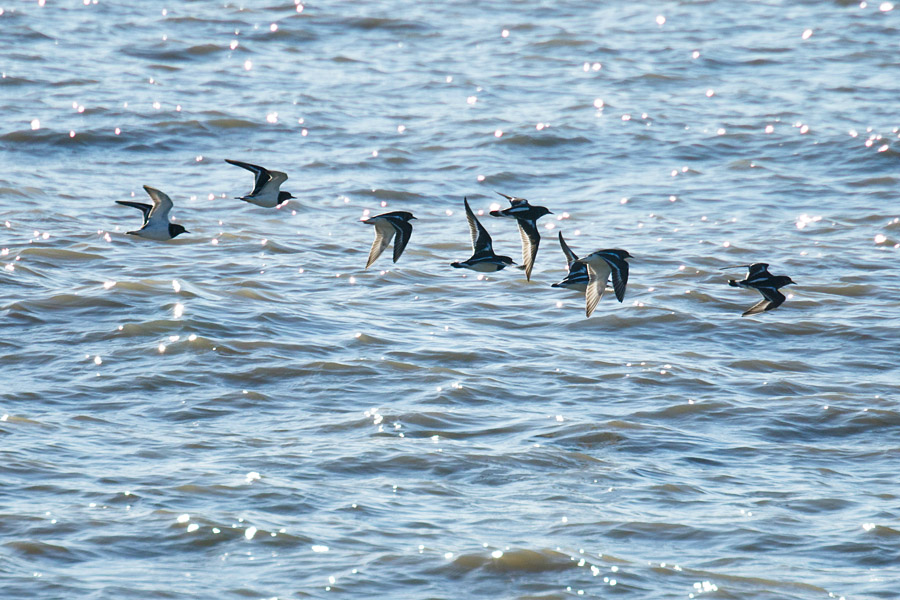 Turnstones in flight along the coast

The final shot today is the remains of the Brighton Wheel. The visitor capsules have been removed, and presumably the main structure will soon be coming down. A great shame. The wheel was a great populist attraction, quite unlike the corporate monolith going up further along at the West Pier site. 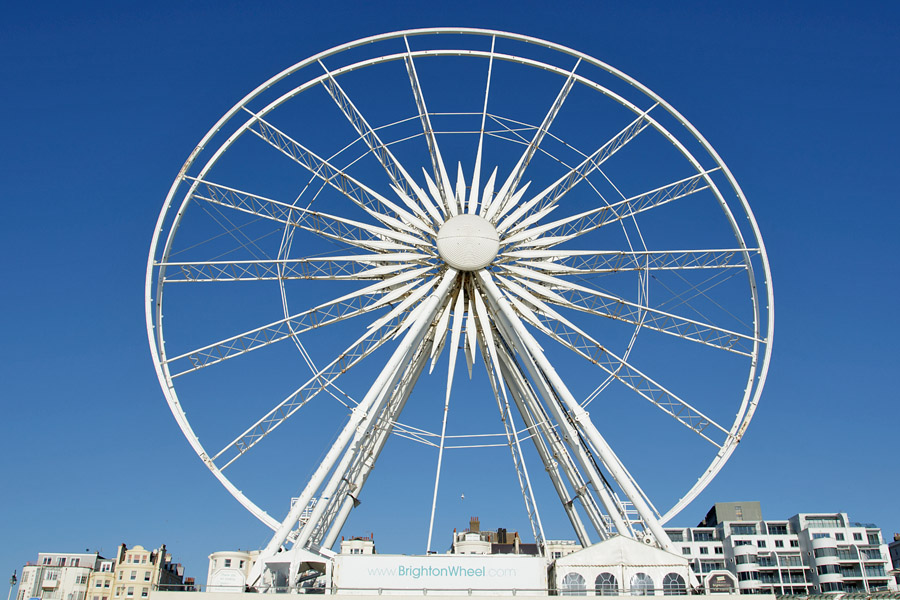 The Brighton Wheel after the viewing buggies had been removed.

Rottingdean Beach After the Storms

With a lull between the almost constant storms, I headed down to Rottingdean beach this afternoon which threw up a couple of surprises. The tide was out, but the winds were still strong and in the distance the Brighton Marina was being battered by large waves. 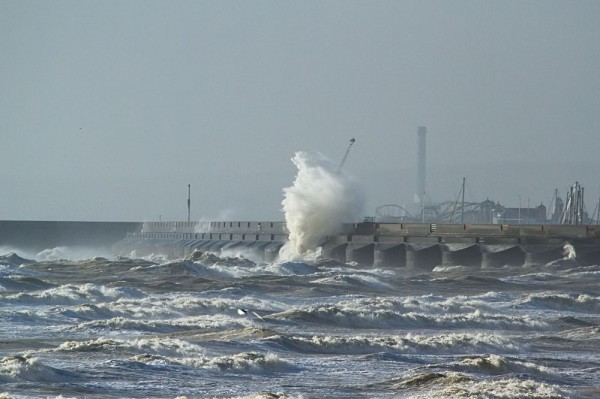 The lower parts of the Undercliff walk were strewn with shingle blown up from the beach, but the most obvious sign of what had been going on were several large boulders scattered on the beach itself. 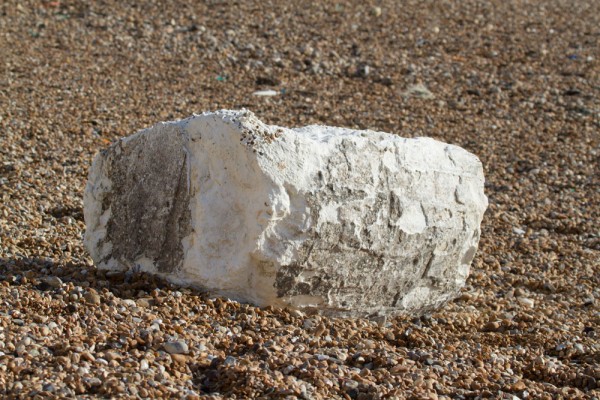 At first glance I assumed this was a part of the cliff that had come away, but its location – and the absence of any signs of a cliff collapse – made me investigate further. On closer examination I found the ‘chalk’ was waxy and soft. It could be scraped with a stick, a bit like soft candle wax. 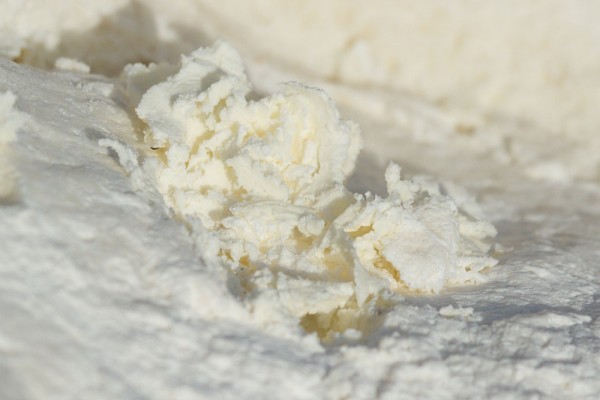 It is in fact a lump of palm oil, most likely discarded by a ship and washed in by the storms. It’s somewhat unpleasant stuff, and while not toxic to humans it can be poisonous to dogs. As well as several large boulder-sized lumps like this, there were scatterings of smaller pieces across the beach.

Nearby, also a victim of the storm, was a razorbill. This is a seabird I’ve not seen before, and it’s a shame that my first sight of one is a washed-up victim of our dreadful weather. 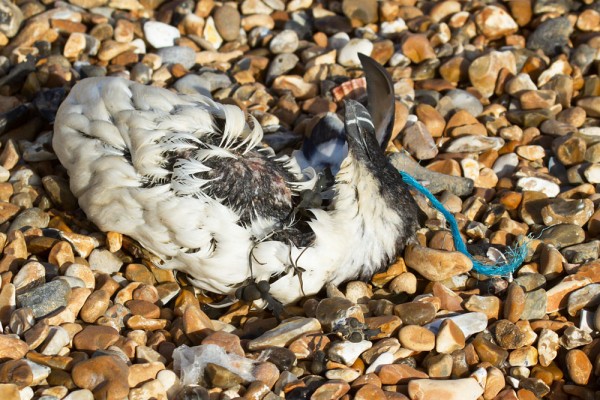 On a more positive note, the local fulmars seem to be thriving. I wouldn’t expect anything else from birds acclimatized to the north Atlantic and whose family include the Storm Petrel as a close relative. 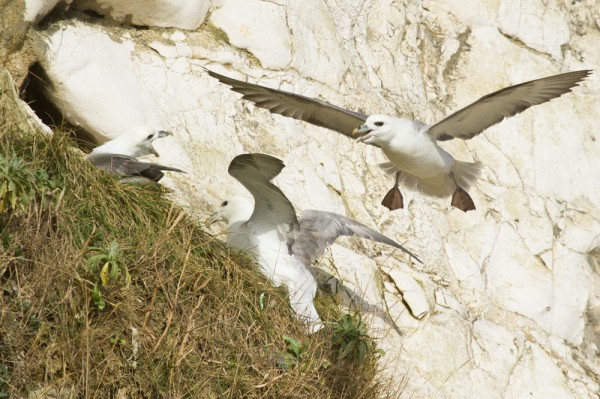 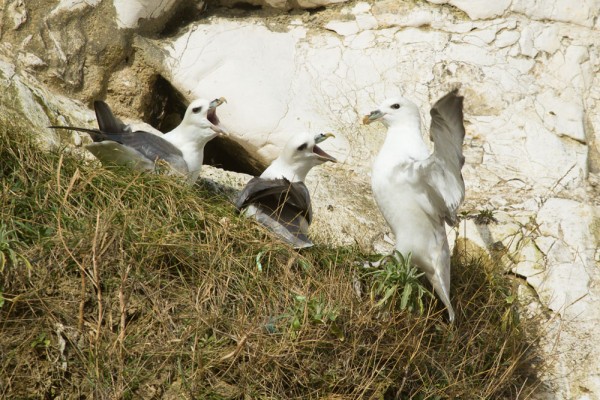 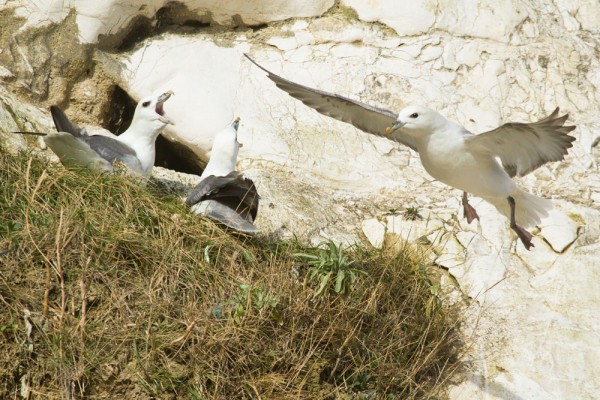 Further out, taking advantage of low tide, a number of oystercatchers were skimming along the coastline in search of good feeding grounds while great black backed gulls surveyed the area from above. 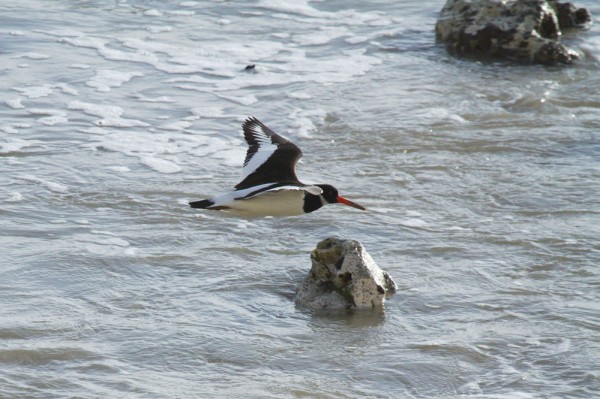 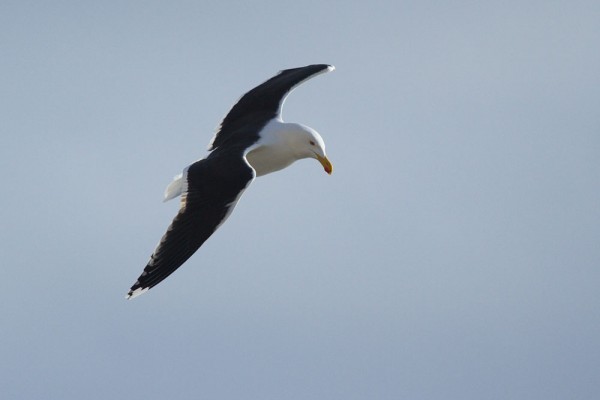 There have been cliff collapses further along the coast at Hastings, and Brighton beachfront was flooded last night; but overall the local coastline appears to have survived quite well. So far!