I’ve run posts like this before, but it’s been quite a long time since I’ve deliberately set out to take a sequence of motion-blur photos, so apologies for any repetition of (or contradiction with) anything I might have said before.

At this time of year the early morning sunlight can be amazing, but if it’s overcast the light disappears to almost nothing. There are two choices: crank up the ISO and do your best with slowish shutter speeds (1/50-1/200s) to get something reasonably sharp; or take the hint and rather than fight the conditions let them work for you and go for really slow speeds. Today was a dull day and after struggling to beat the conditions I decided to ‘go slow’. What gets lost in the detail is more than compensated for by the vivid sense of movement. I was aided by some locals throwing bread to the gulls, creating the flurry of activity.

For the technically minded these were all taken at ISO 100, and the shutter speed hovers between 1/10s and 1/13s. Light conditions can fluctuate quite a lot so I juggled with the aperture to keep the speed nice and slow. Fully manual settings are ideal for this sort of thing and if I’d been more awake at the time I’d have set the camera up that way. 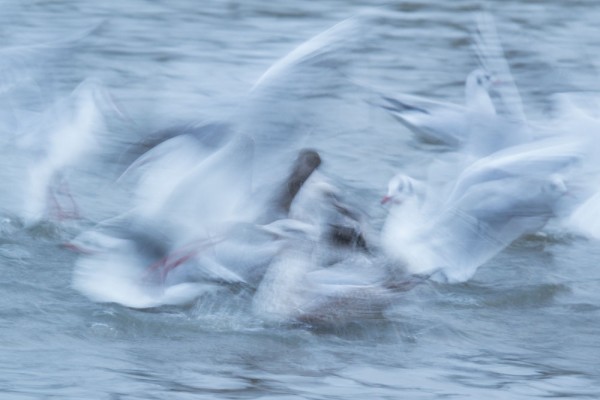 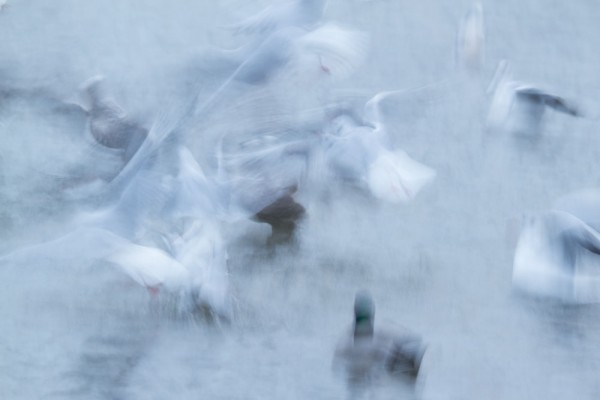 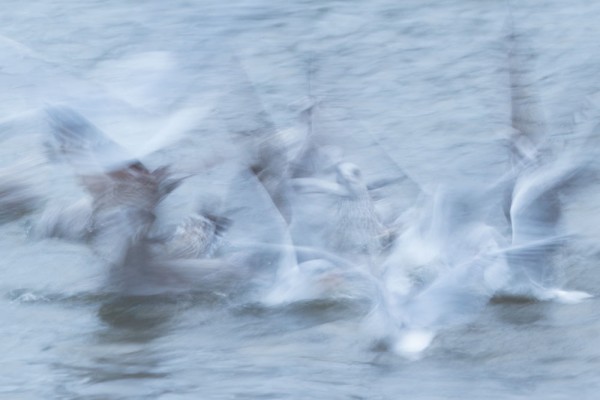 The gulls are mainly black-head gulls, but there are some juvenile herring gulls in there somewhere. There’s also a stray duck in the second photo.