It’s Colder than it Looks

You could be forgiven for thinking there’s a nice log fire burning in the distance. You’d be wrong. The warm colours belie the reality. The small group of black-headed gulls are shivering on a frozen pond (as was the photographer on the bank). It was sub-zero and the light is the first glimpse of the sun coming up over the South Downs at Falmer. Cold it may have been, but the beautiful light made it worth the discomfort. 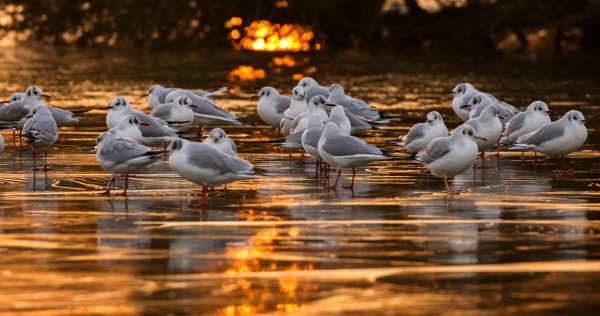 That rich glow doesn’t last long, and just 10 minutes later the light was already calming down. Not that these ducks seemed to care as they marched across the ice. 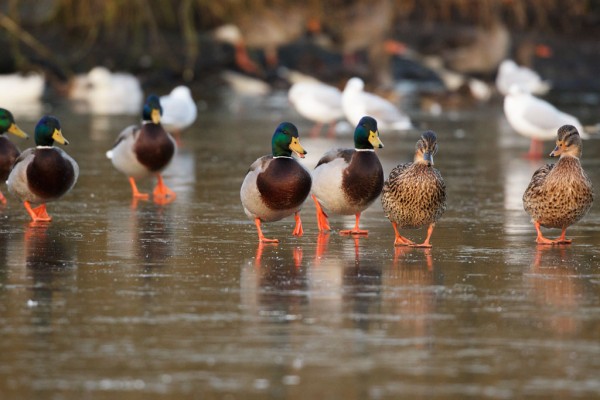 The final shot today was taken at lunchtime, but I can just about manage to hang on to the ‘red’ theme. It’s a robin of course, grappling with its lunch. 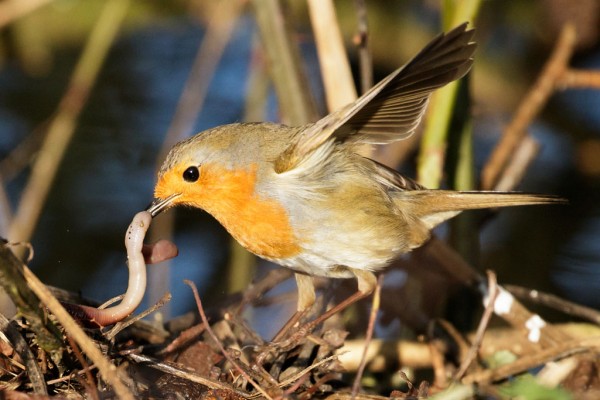 Not quite the early bird, but it still caught the worm

Well we had the first snow of winter this morning. Just a thin layer which didn’t affect local travel arrangements, but enough to put a nice wintry glow on Falmer Village early this morning. 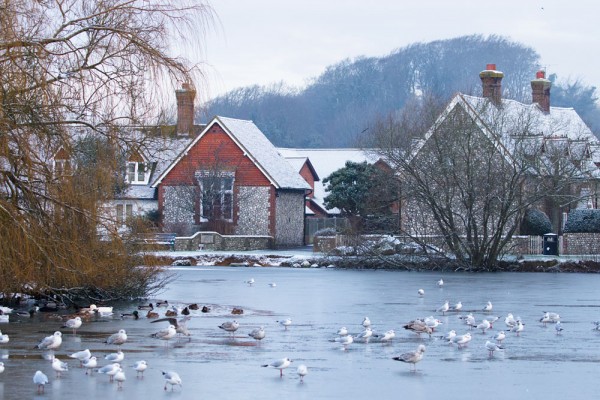 The pond was partially frozen over, the ice more than sufficient to hold these black-headed gulls. 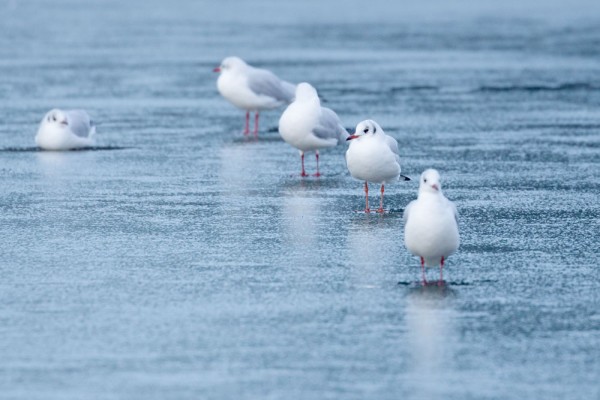 The light was poor (as ever), but I was quite pleased with this slow-pan sequence of a greylag carefully picking its landing site. 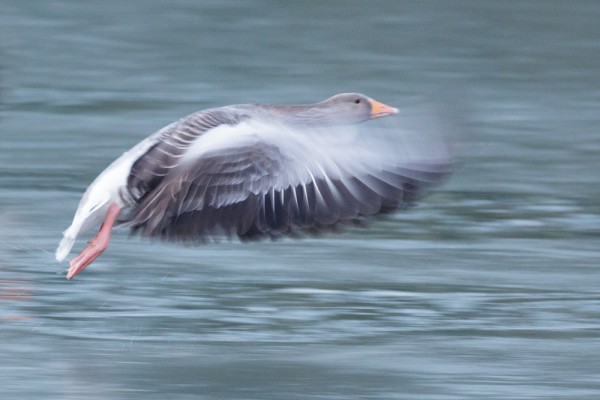 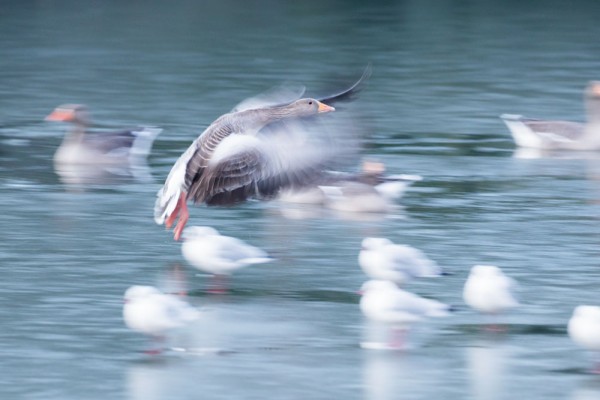 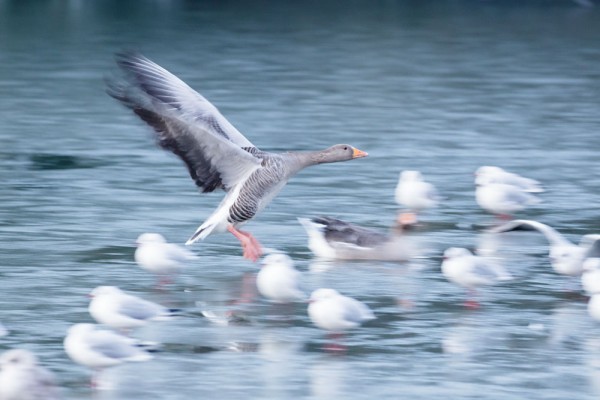 The local gull population is made up predominantly of herring gulls, but we do have several other species locally. The great black backed gulls, the largest of the native gulls, tend to stay close to the coast but the lesser black backed gulls do come inland, and we’ve had two or three pairs nesting on the roofs at work. Gulls being gulls they also visit the local pond at Falmer Village, which is where I took this short sequence early today. 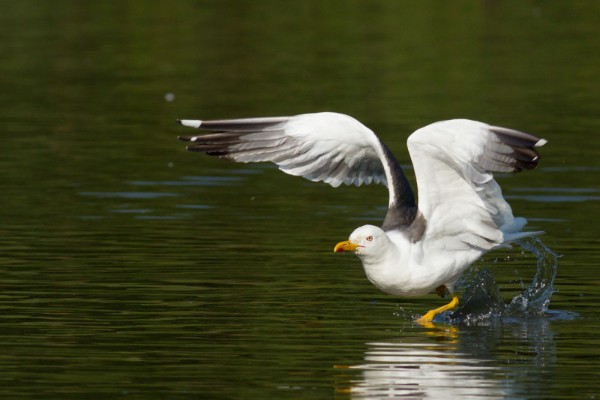 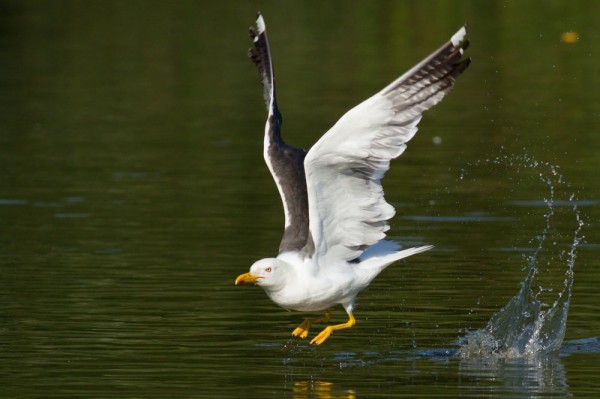 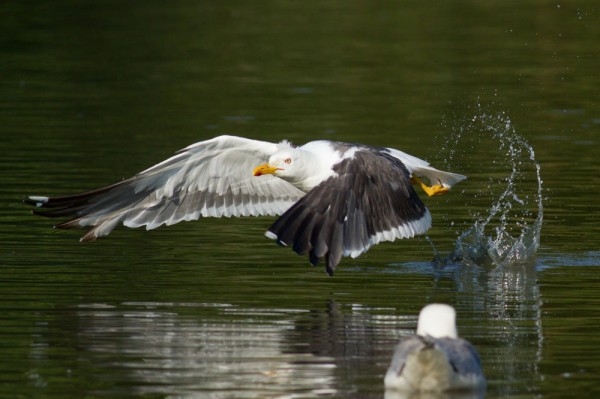 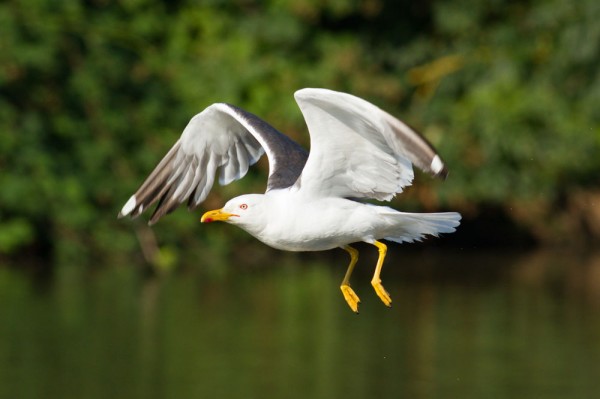 The lesser black-backed gull is relatively rare around here (I’ve seen plenty of them along the Thames in central London). A more numerous visitor is the small black-headed gull. They do of course frequent the coast, but they often also appear in small flocks on the Downs; and at the pond. 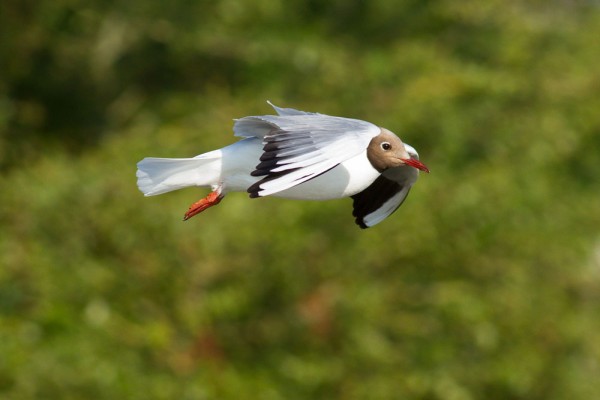 Yes, its head is brown, not black.