Brighton is privileged to boast two piers, and today my travels took me along the seafront from Brighton Pier (formerly (and still known locally as) ‘the Palace Pier’) to the one which remains by far my favourite of the two, the old ruins of the West Pier.

Brighton Pier is where all the tourists go. It’s a typical seaside amusement park, with slot machines, candy floss, and fairground rides that spin at dizzying speeds. 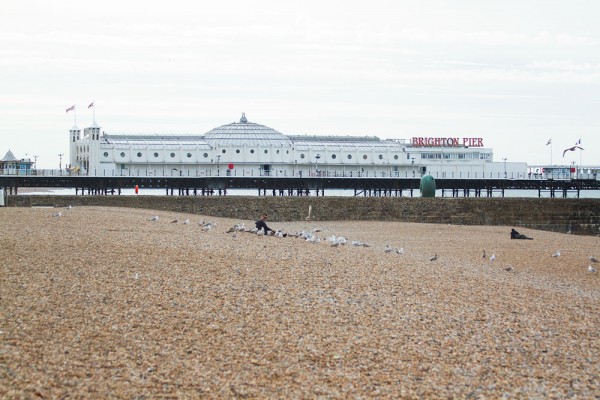 My route took me to just opposite the West Pier. You can’t go on the pier… it’s no longer connected to land, there are no rides, and slowly but surely it is crumbling into the sea. I love it! 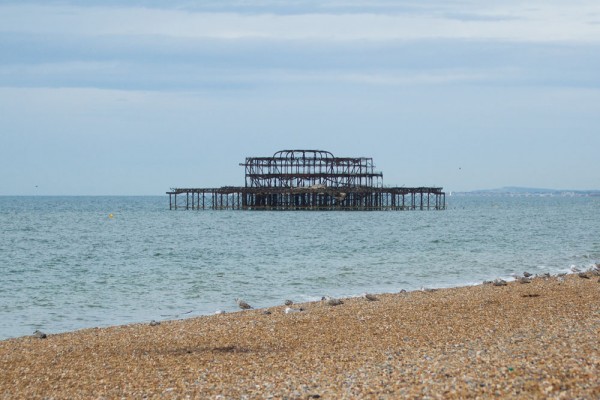 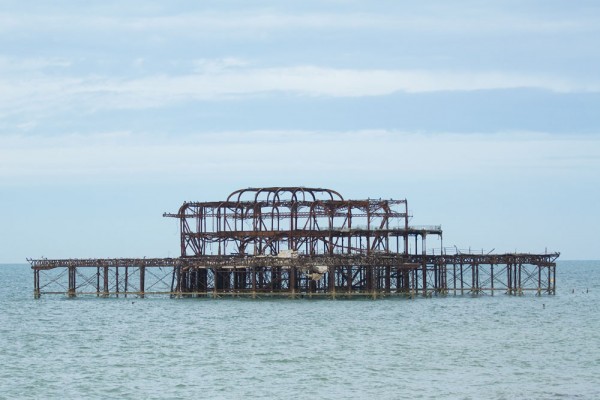 People may no longer go to the pier, but it’s a haven for the local sea birds, and at certain times of the year large murmurations of starlings can be seen circling its skeletal form. This morning it was quiet. There were the inevitable gulls (mainly herring gulls, but I spotted the odd black-backed gull among them), and some cormorants. 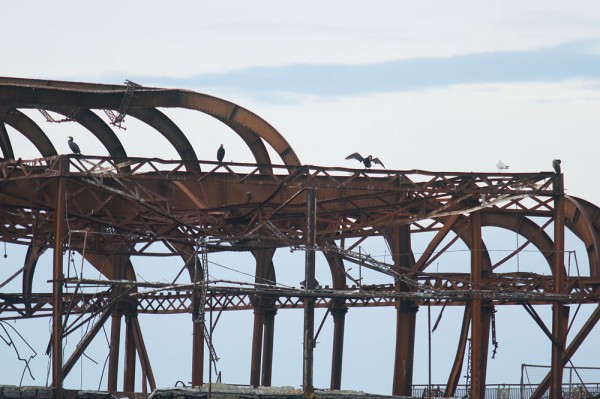