About a month since my last post and I really wouldn’t have guessed that I’d be writing about ducklings in October, but I am.

It was at my old haunt at Falmer Pond. I was there this morning before work. The heron was about, some greylags were congregating on the water, gulls were circling… and a female duck was taking four tiny ducklings out for a swim. So far as I know this is wildly out of season. Ducklings normally hatch in late spring to early summer, but these are no more than a few days old. They are either a very late 2017 brood… or possibly an early 2018 clutch! Either way, they were an unexpected delight!

These are Indian Runner ducks (or a hybrid variety). They are permanent residents at the pond (the first adults arrived a few years ago, and I think the mother may be a second generation pond inhabitant). The original adults were quite possibly domestic birds that were ‘relocated’ to the pond. With luck the youngster will survive and put on weight before winter. 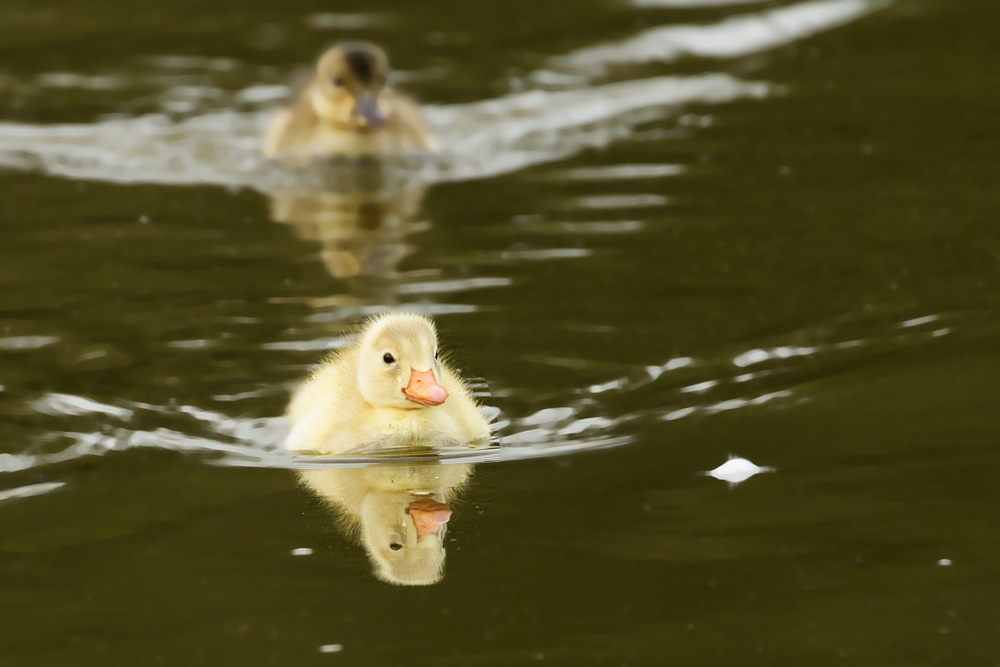 Ducklings in October at Falmer Pond 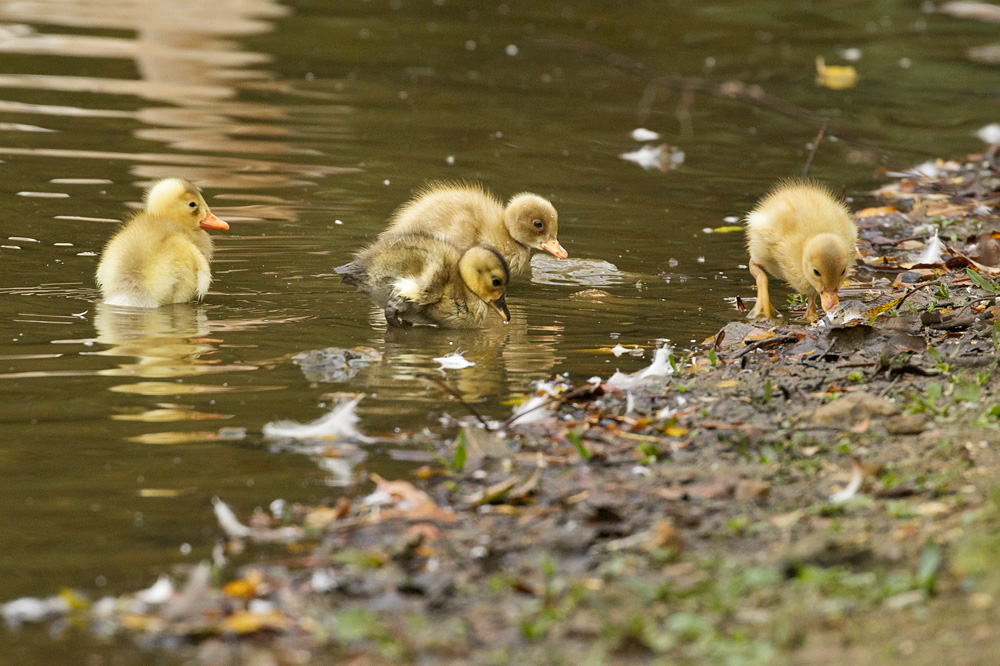 Foraging at the edge of the pond 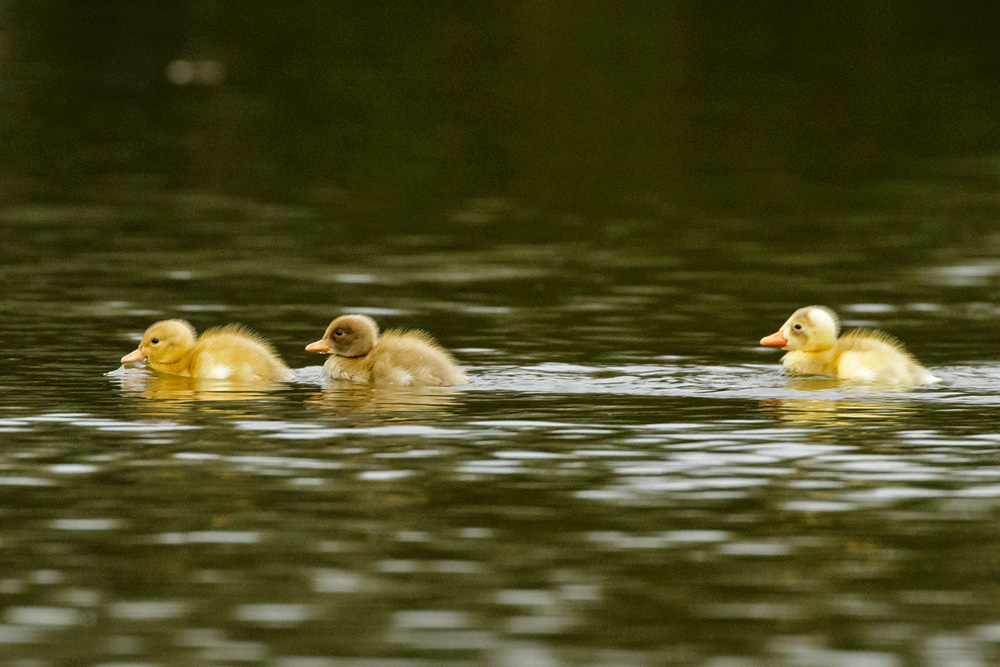 Three Ducklings in a row 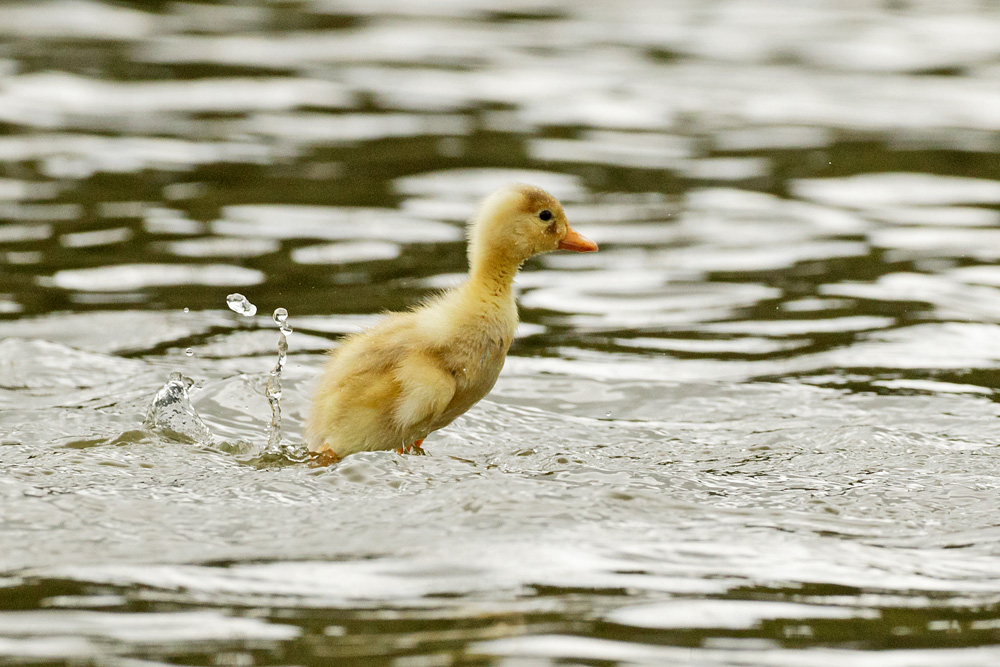 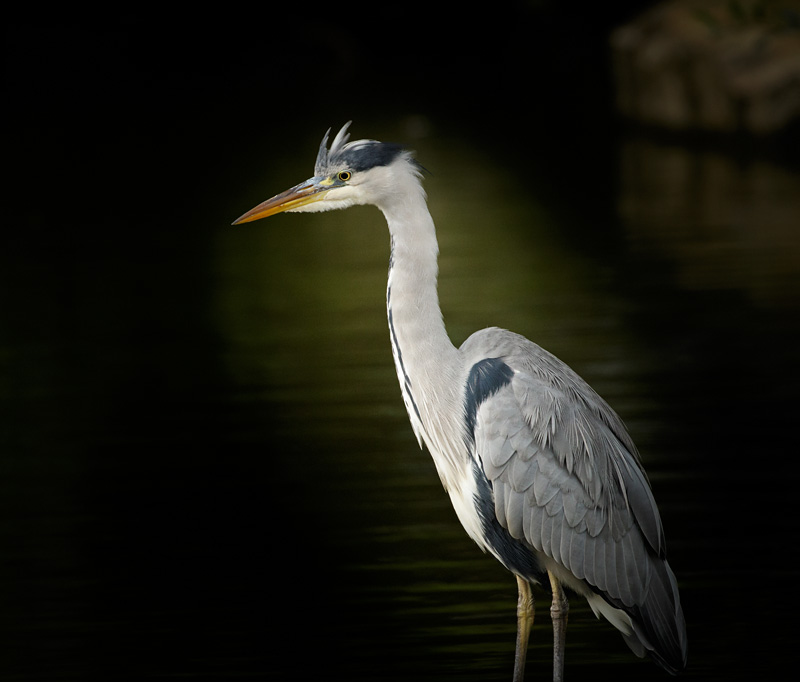 And lastly a portrait of the local heron

A very short break from the fox cubs (I’m gathering lots of cute photos). I was at Falmer today for work and visited the village pond. 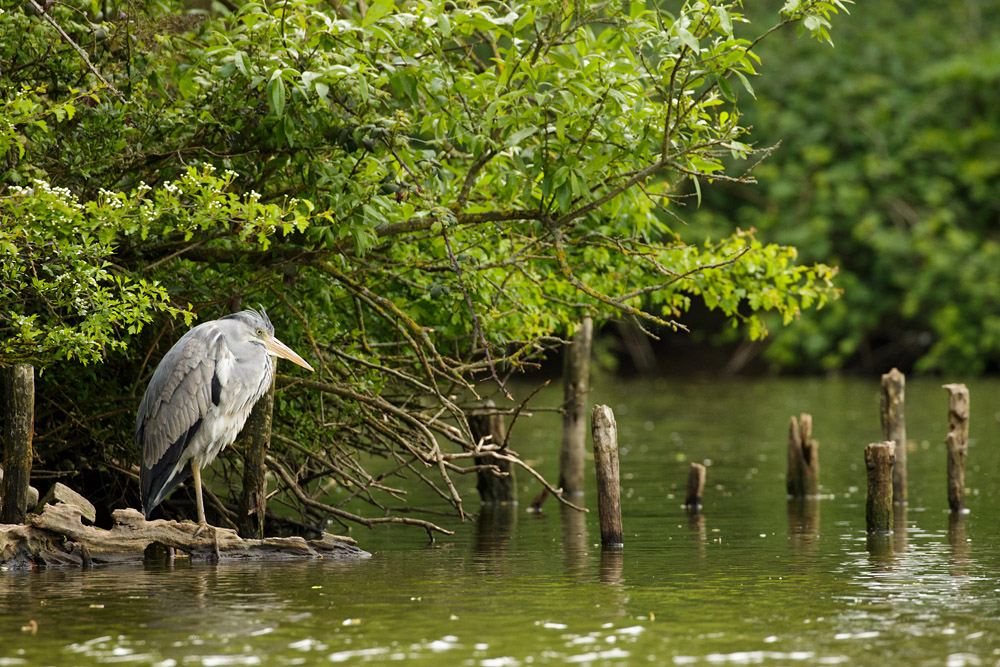 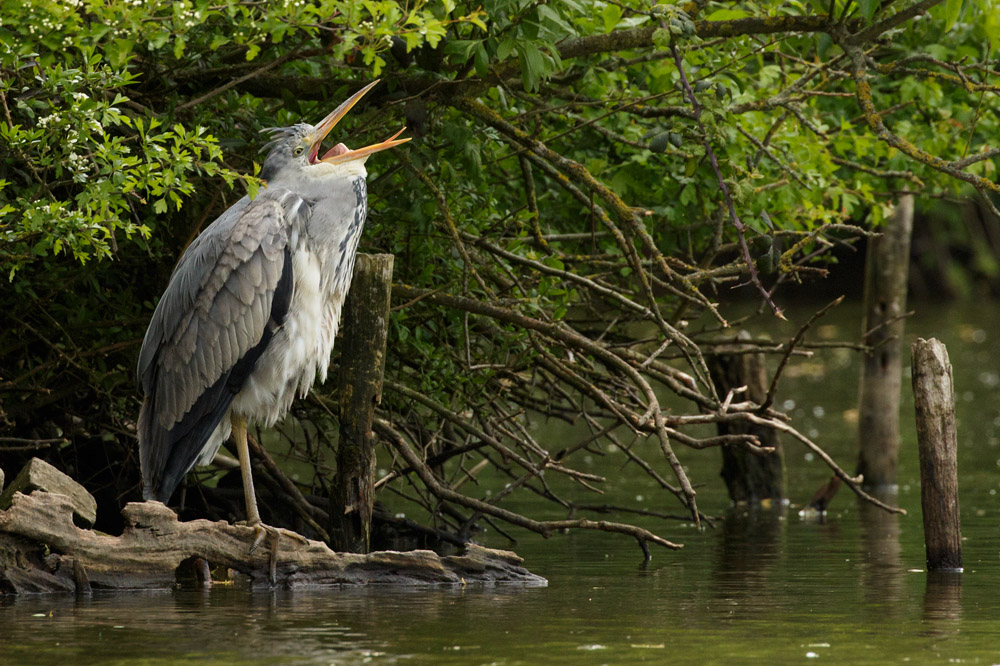 The geese were also around. Moderate numbers at the moment, and it’s slightly too early to see any goslings. 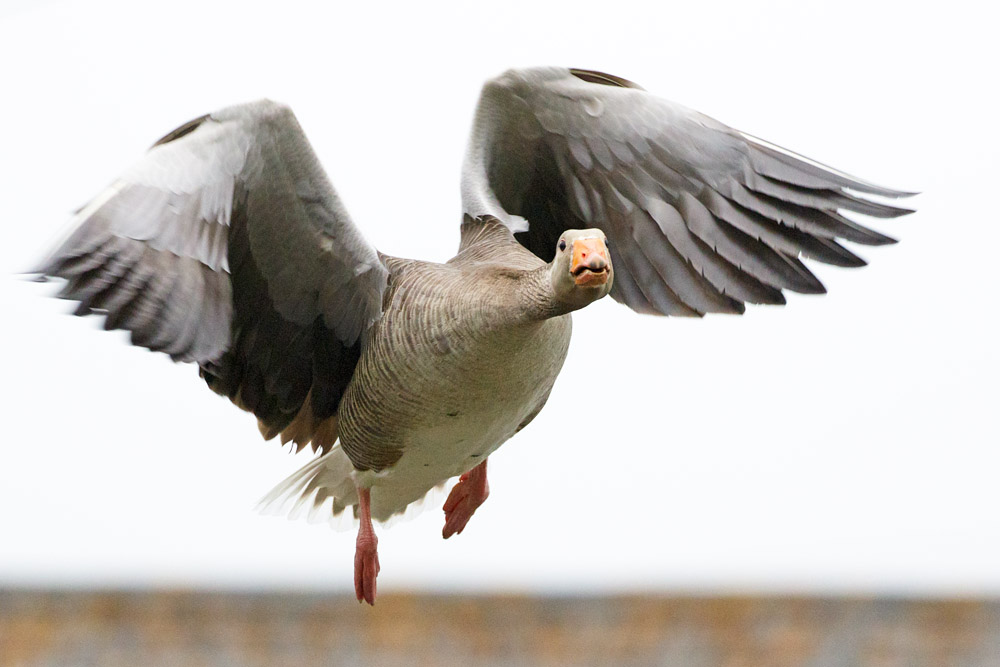 Greylag goose dashing towards the pond 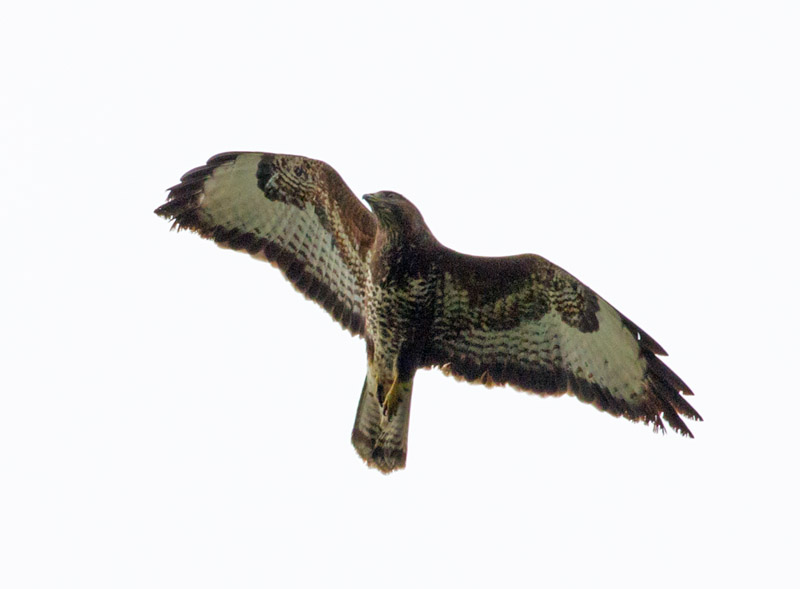 Meanwhile, the young rabbits were out enjoying themselves in the adjacent field. 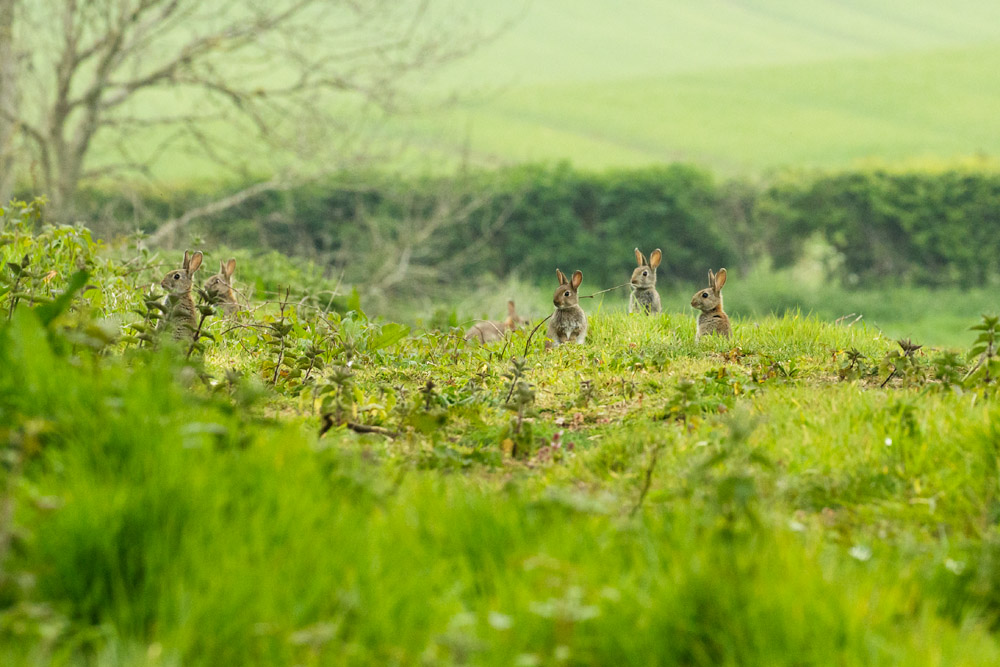 A cute little group of rabbits

Over on the University campus the herring gulls are nesting… young gulls next month I would think. 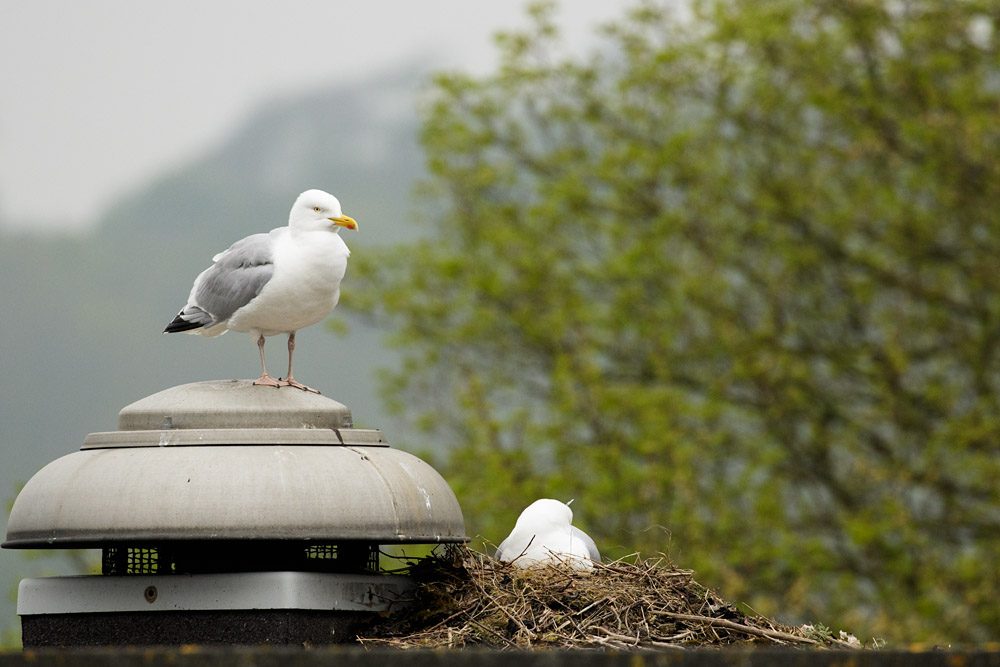 Nesting herring gulls at the University of Brighton, Falmer

And ok… here’s some fox cubs from yesterday… 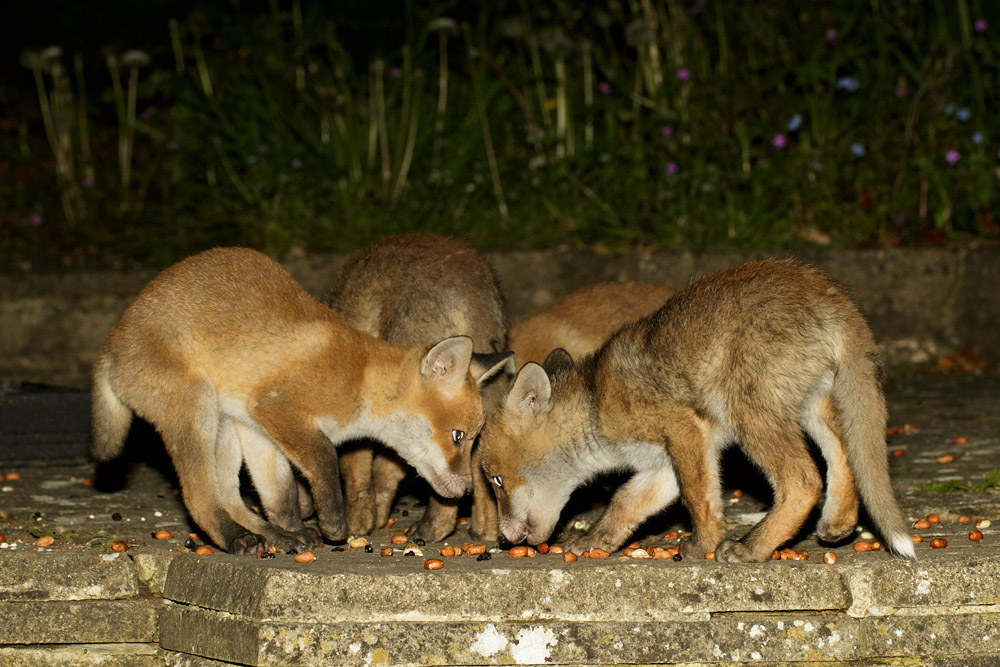 This is a bit of a reversion to some very traditional posts. A variety of birds from the local village pond at Falmer, plus a couple of bits and pieces taken in the garden.

I’ll start with the main event, the cormorant, photographed last Friday morning at Falmer Pond. It was warm and sunny, and my second time over there in the week. 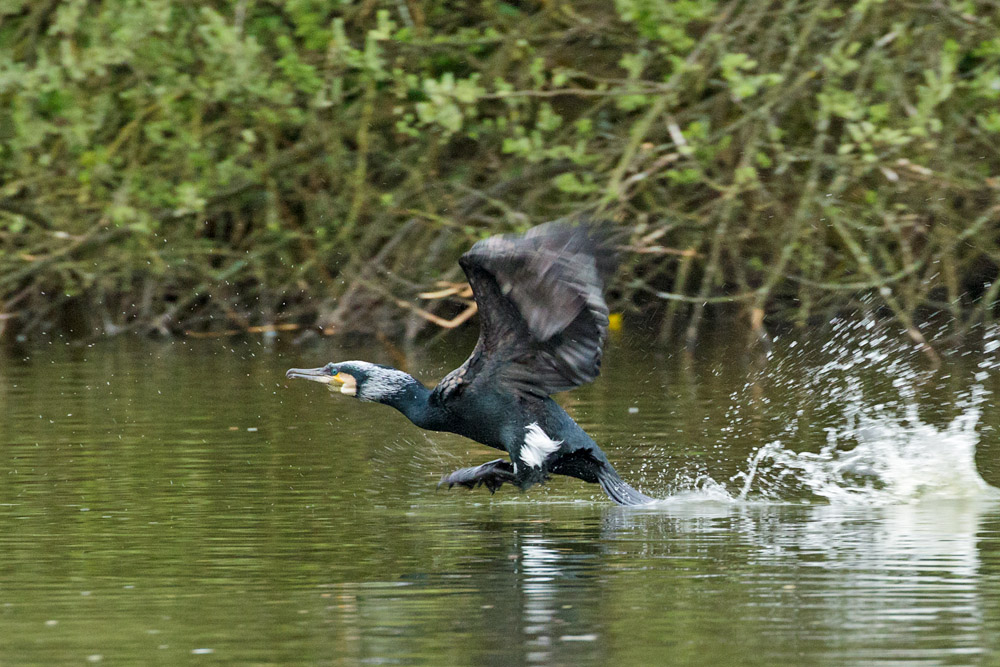 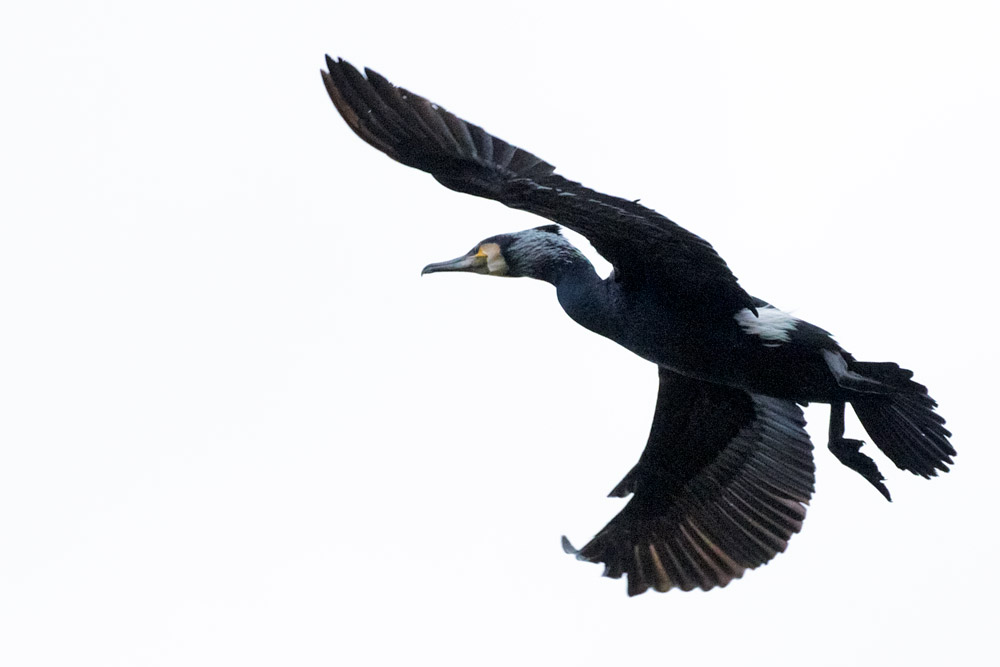 Cormorant coming in to land in a tree 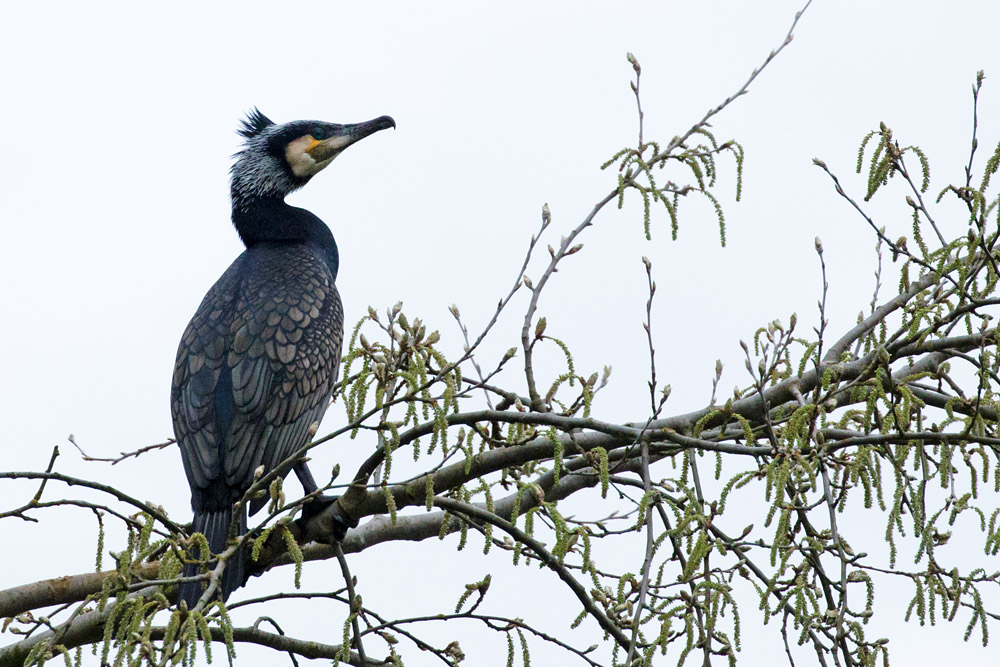 The cormorant wasn’t alone. A heron was also lurking… 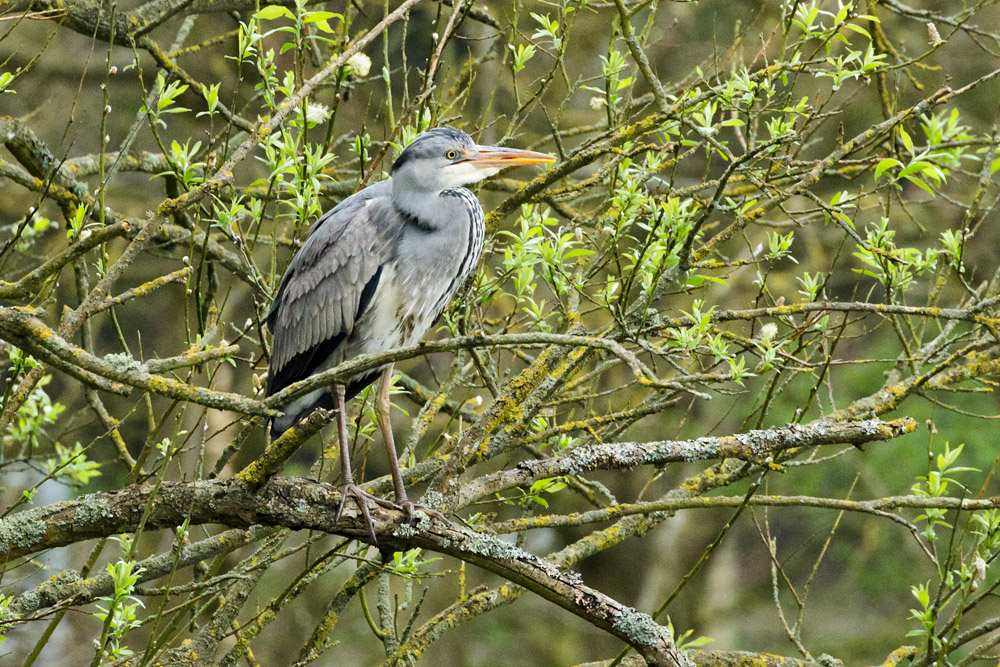 Grey heron in a tree at Falmer

That was a good start to the day, but after that there’s nothing until Sunday afternoon in the garden. Mid-afternoon several buzzards flew over (pursued by herring gulls), but among them I spotted a pair of peregrines as well. 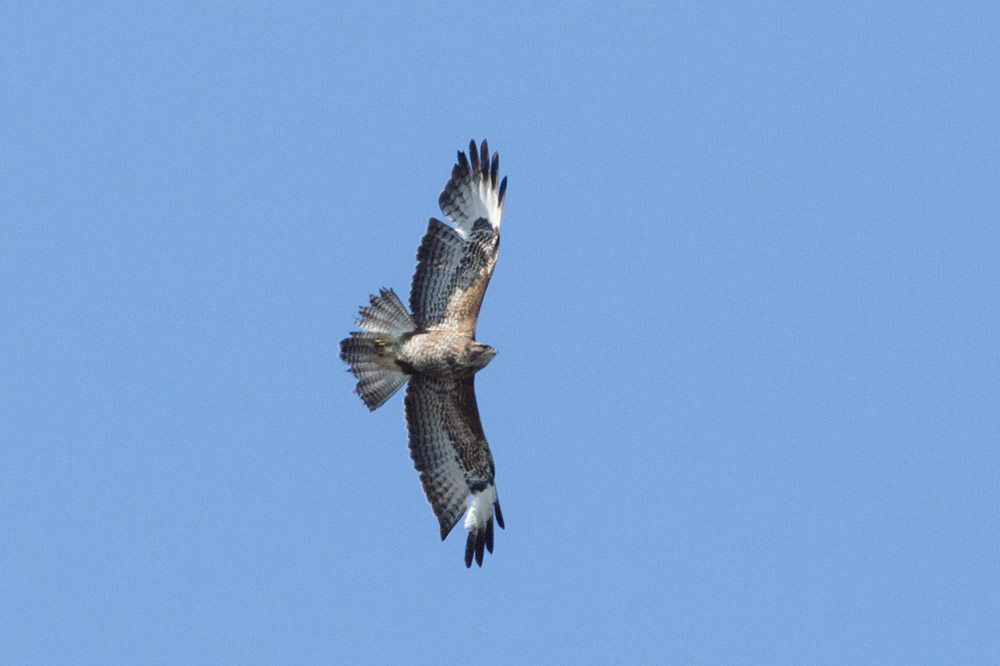 One of several buzzards over Woodingdean on Sunday 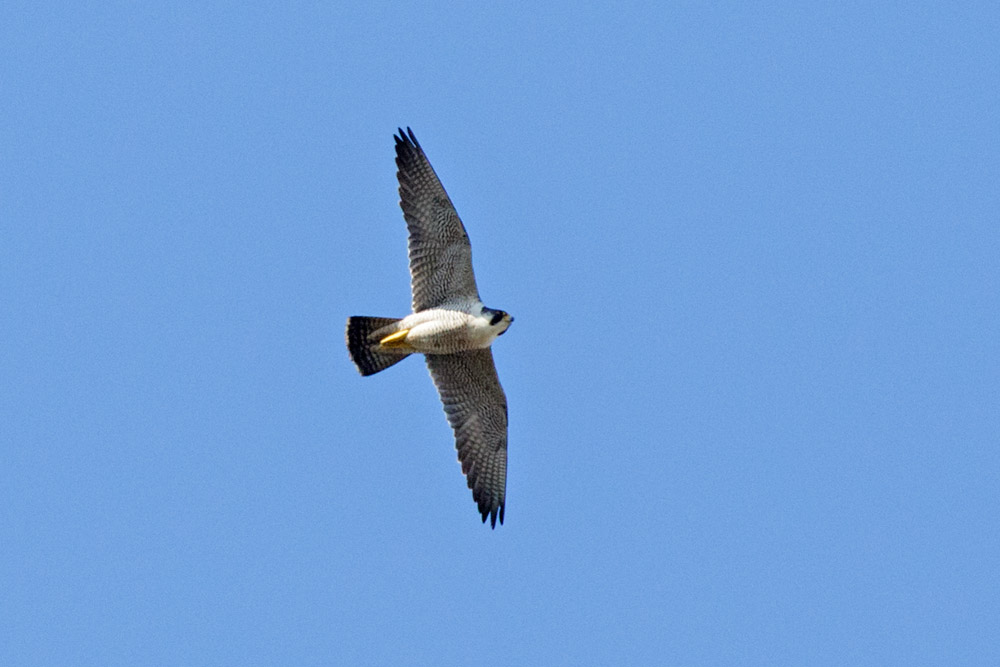 Last night (Sunday) I also got a number of photos of the male fox, one of several that frequent the garden at night. This is the one with the nicked ear, and he’s still shy, still won’t let me within about 8 or 9 metres of him. But I will persevere… 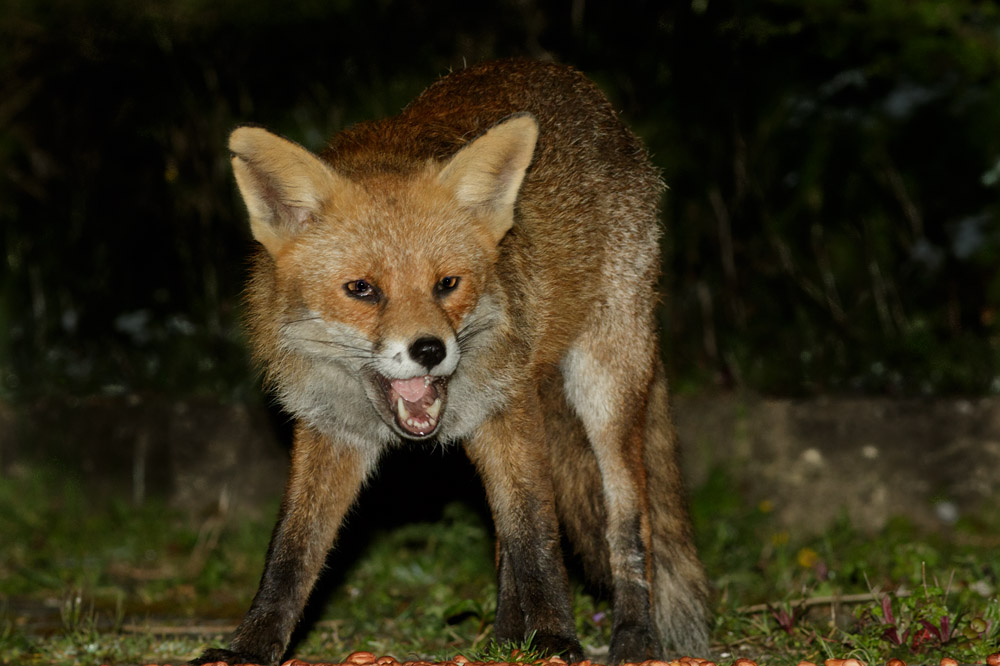 Fox with nicked ear at night

There’s also a vixen plus a couple of other foxes that I’ve spotted on teh trail camera… and another badger/fox dust-up (all still to be processed).

Last thing tonight is one more shot of the cormorant from Friday. 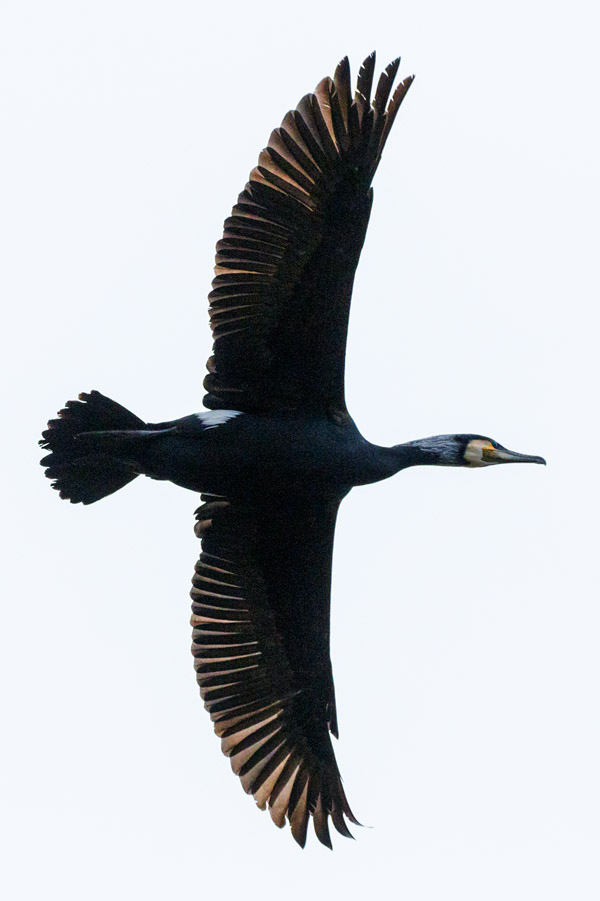