I’ve been trying out something a little different recently as part of a FotoBuzz mission on taking black and white images. It’s not simply a matter of converting, but of taking images where the monochrome enhances what the picture is trying to say. I’m not sure if any of these will make the final cut (the boat can’t because I coloured it), but it’s proving an interesting project to work on.

The first (from today) is a standard shot of gulls on the pond. Fairly dull subject matter, but some nice contrasts. I’ve framed it to give it a slightly aged feel. I thought about adding some grain, but shied away from that.

Gulls on Falmer Pond, black and white with vignette

The second is a sailing boat at Rottingdean. I’ve heavily increased the contrasts, and deliberately over-sharpened the image to ‘roughen’ it. I then added a colour filter. 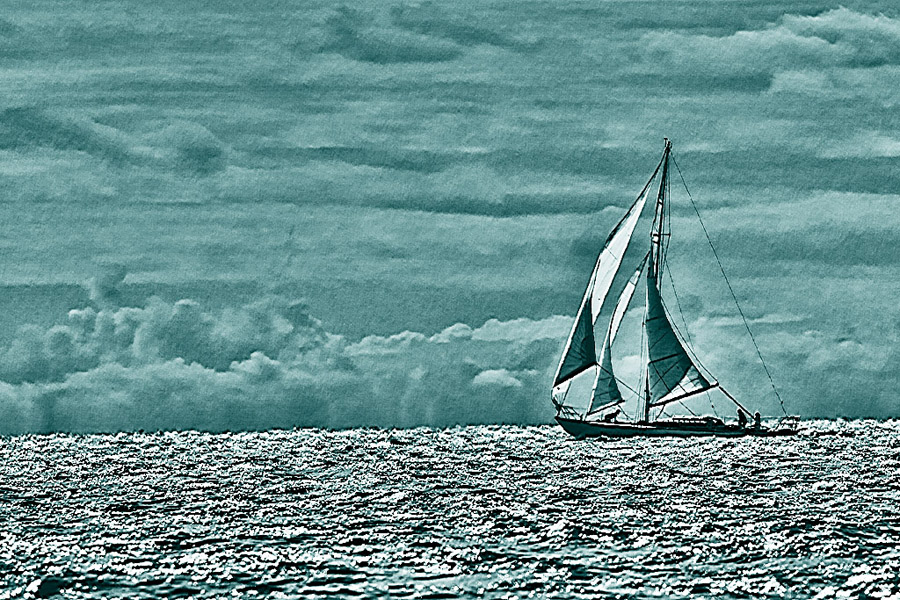 The final one was a bland picture of Brighton Pier that I really couldn’t do anything with. It was taken in the middle of the day, the colours were washed out, and even in black and white it lacked punch until I turned it negative which gives this somewhat doom-laden, night-time feel to it. Of the three it’s the most dramatic transformation. 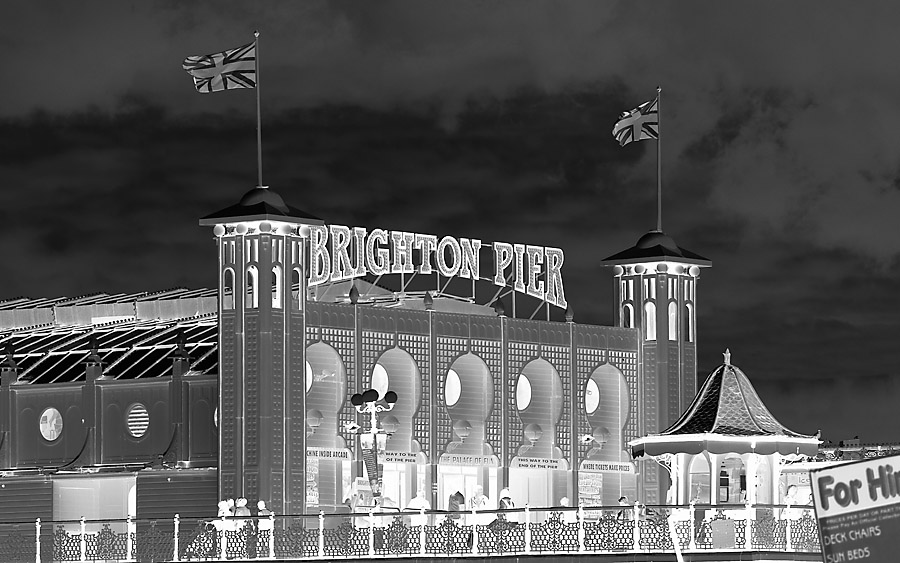 Apart from the colour tint on the boat (which was added in PhotoShop), all the transitions were carried out in Lightroom.

It’s really done little else but rain today. It was raining when I took this photo of the local cormorant: 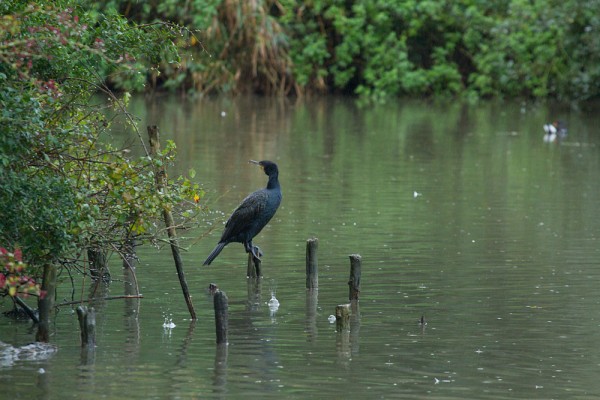 And it was raining when I snapped these ducks in the road which was partly flooded.

There was the briefest break in the weather when I got this shot of a buzzard sweeping low over the fields. 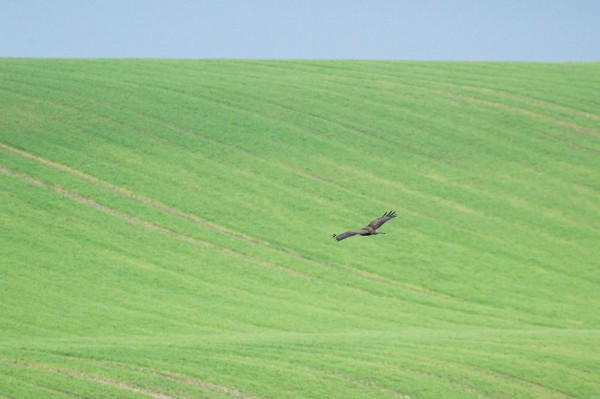 And after a brief but major downpour it all eased off again to get this shot taken through the strangely lit gloom. 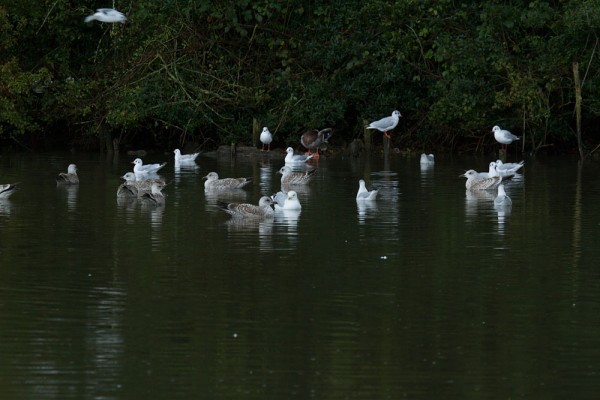 Another Look at the Pond

The start of the week means an early morning pre-work visit to Falmer Pond. It’s just at the time of year when it can be quite gloomy there unless we are really lucky with the cloud cover. Today was grey, although the sun teased occasionally with fleeting displays through narrow breaks in the clouds.

The herring gulls were dominating when I arrived, gliding around the still water, but their (relatively) peaceful start to the day was disturbed by a heron flying in. 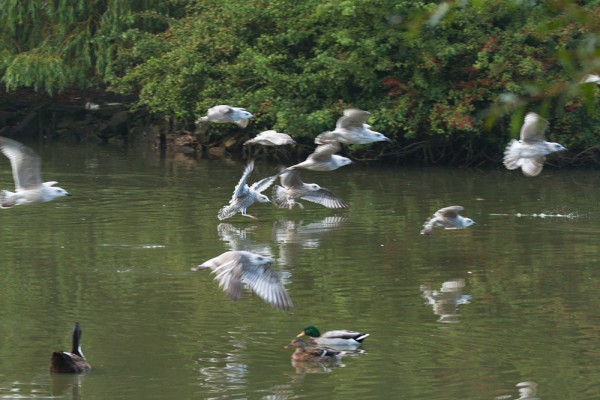 A couple of circuits on the wing and the heron finally found a suitable perch. 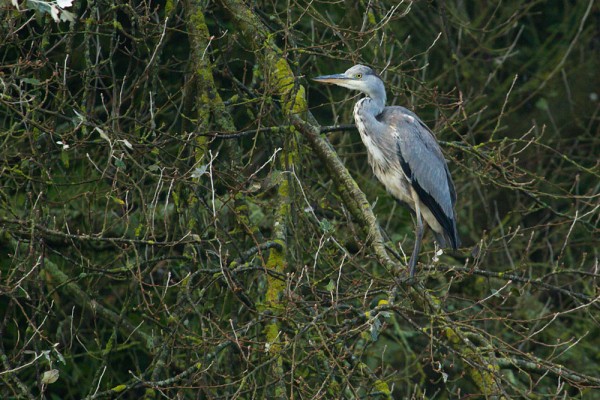 The middle of the day was brighter, and several people were out ‘feeding the ducks’. I put that in quotes because whatever their intention, inevitably other birds muscle their way in. The herring gulls are the main bullies, but the local jackdaws are quite self-assured in taking their share. 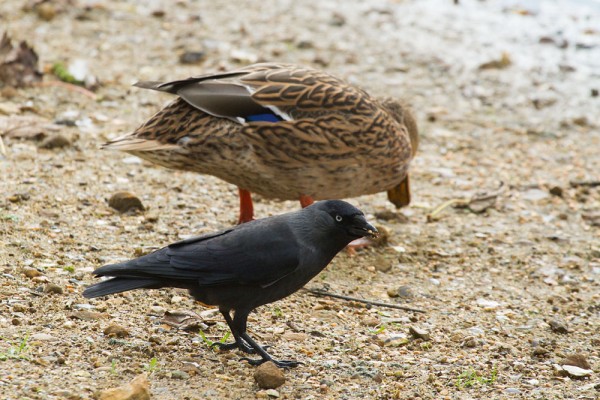 And when everyone has gone, these little fellows come out to scavenge what they can. 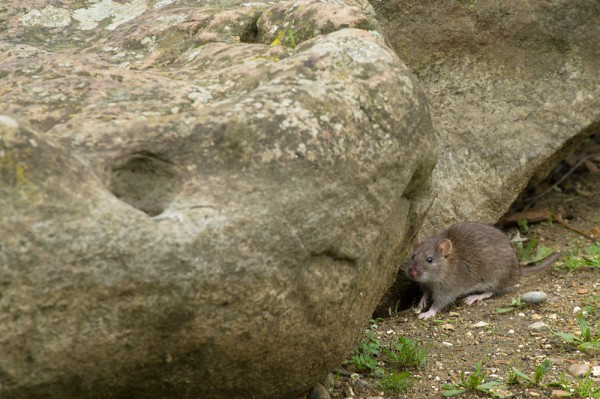 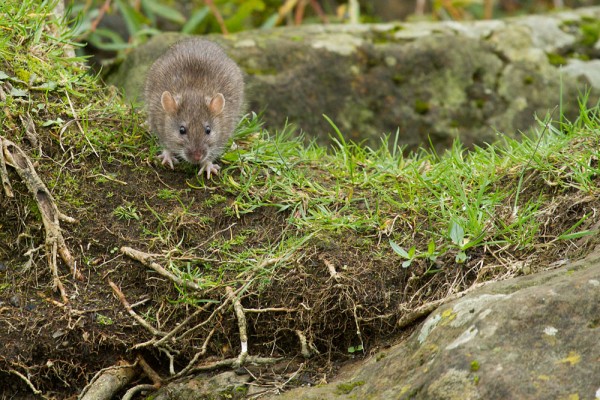