More foxes, I’m afraid. Well, no I’m not. The photos are from the past week and show two different adults. The video is from the trail cam and has two encounters between two foxes. First adults, and then juveniles. The final sequence shows a badger, but I’ve since noticed that there’s a fox lurking in the top right corner! 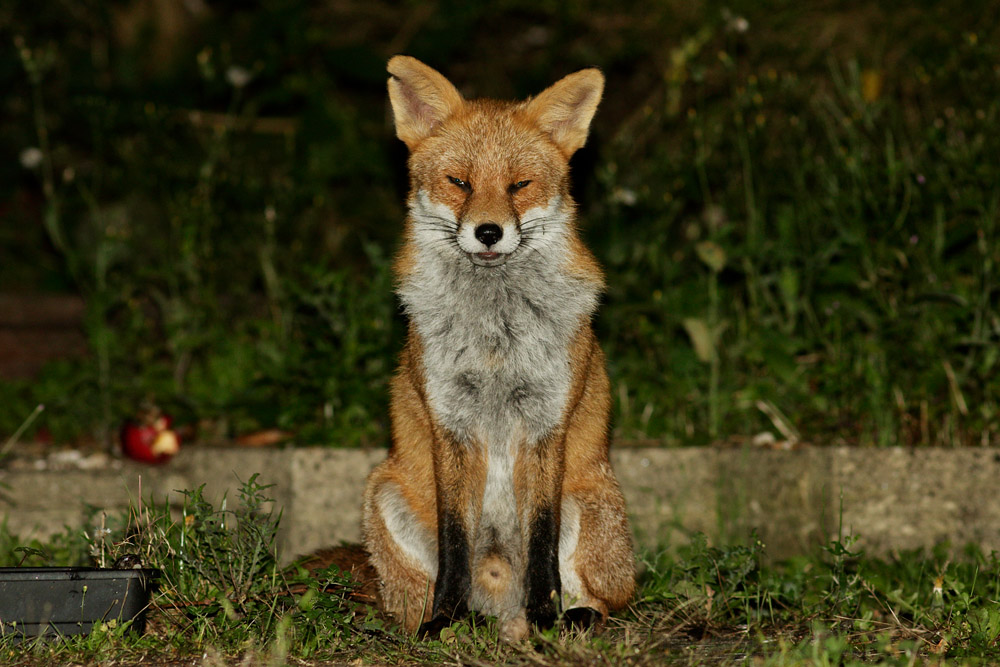 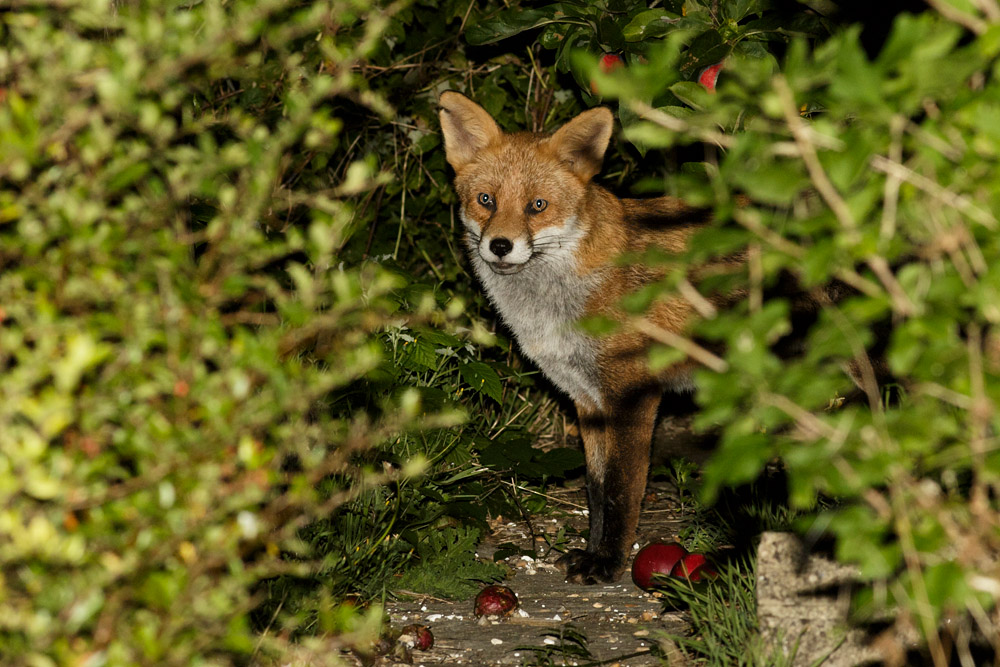 Nicked-ear peering between the shrubs

Plus two or three photos of the regular adult male. As ever he continues to maintain a healthy 9-10 metre distance, but I have managed a few more photos of him doing something other than eating! He does now appear almost immediately I go out there (as long as I stick to his rules). 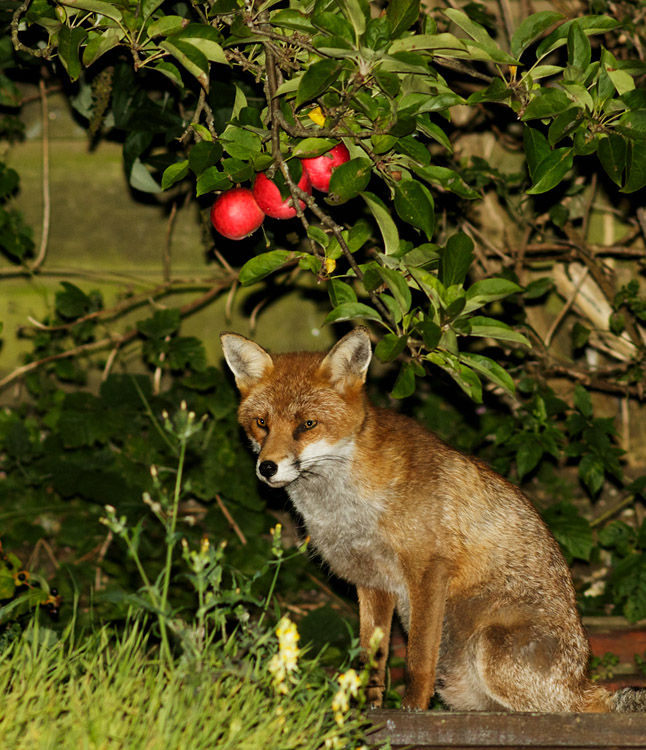 Fox under the apple tree 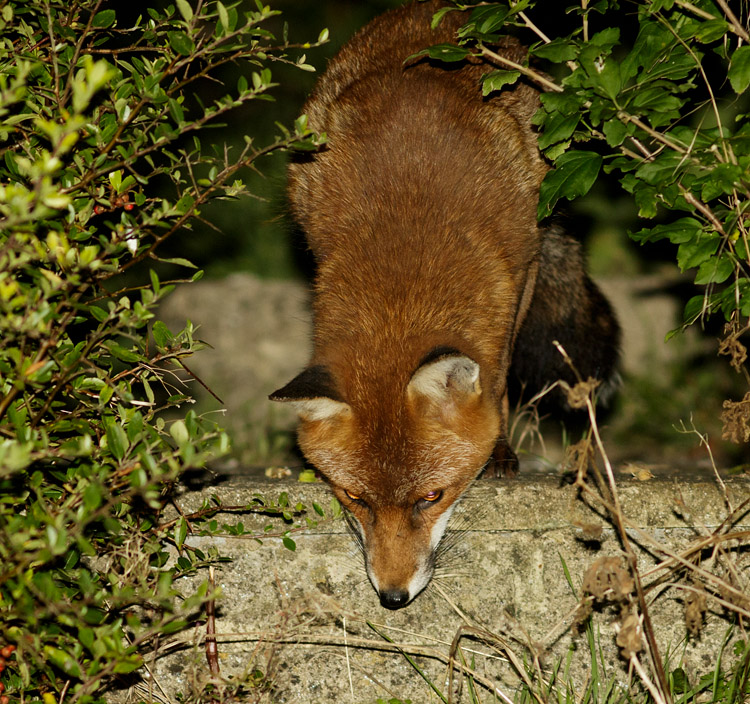 Coming down the garden steps 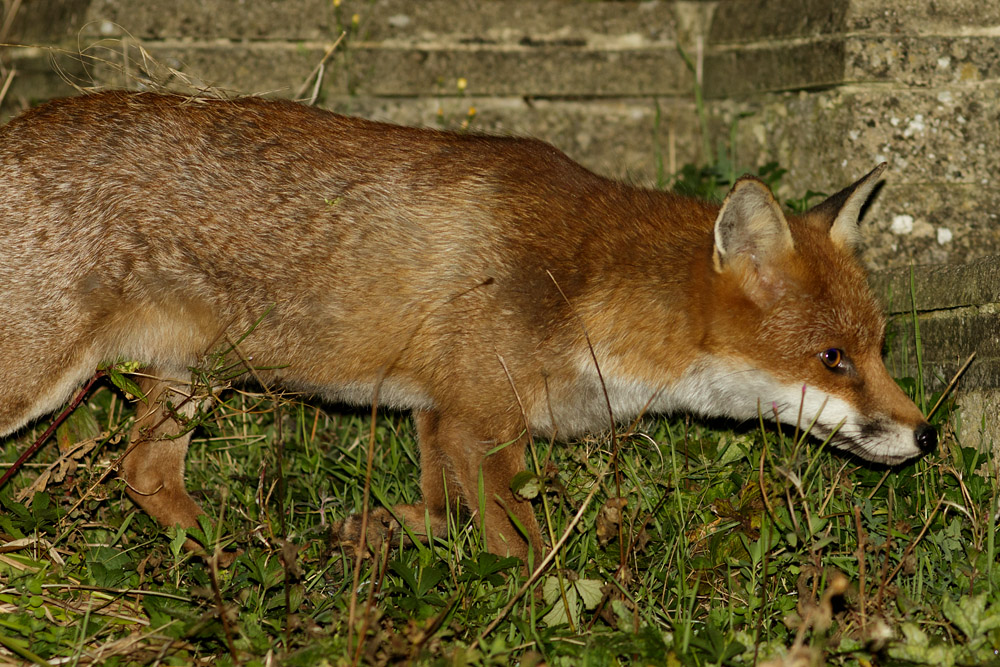 Walking across the grass

A slight change of pace tonight as I’ve just waded through a data card of video clips from the trail cam. The first sequence is our young fox visitor, out during the daylight hours.

The second sequence is from surprisingly large number of clips of badgers in the garden. The past week has evidently been a busy time for them.

Both clips produced on the Bushnell Trophy Cam HD.