As a postscript to yesterday’s post, here’s some recent footage from the trail camera 🙂

She’s cautious, but a new mother’s first responsibility is to her young and the vixen ventured into the garden tonight and kept a watchful eye on the cubs. I just took a couple of shots of her from a distance. 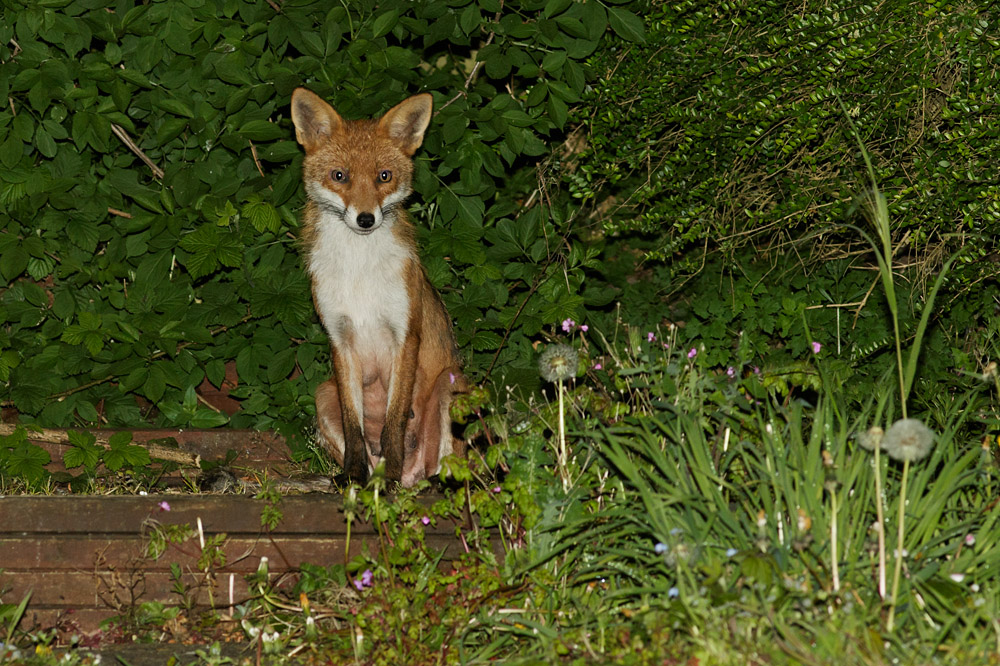 The cubs were as playful as ever (and greedy). A couple of them had a good scrap with each other (but the photos aren’t up to scratch… focusing moving targets in the dark isn’t easy), but in the main they were just very cute. 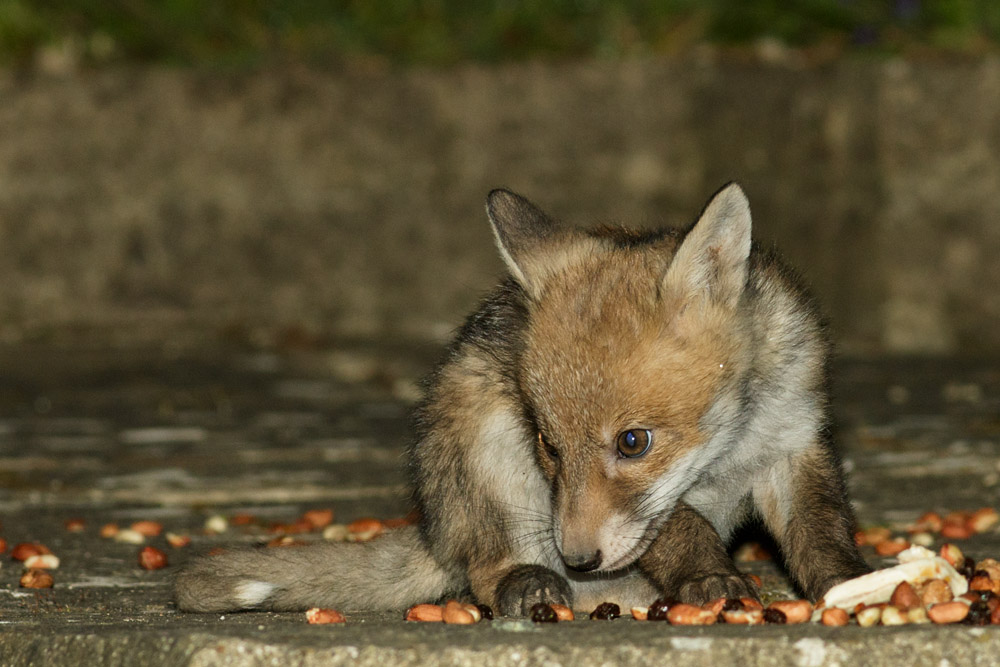 This one is definitely on the greedy side of things 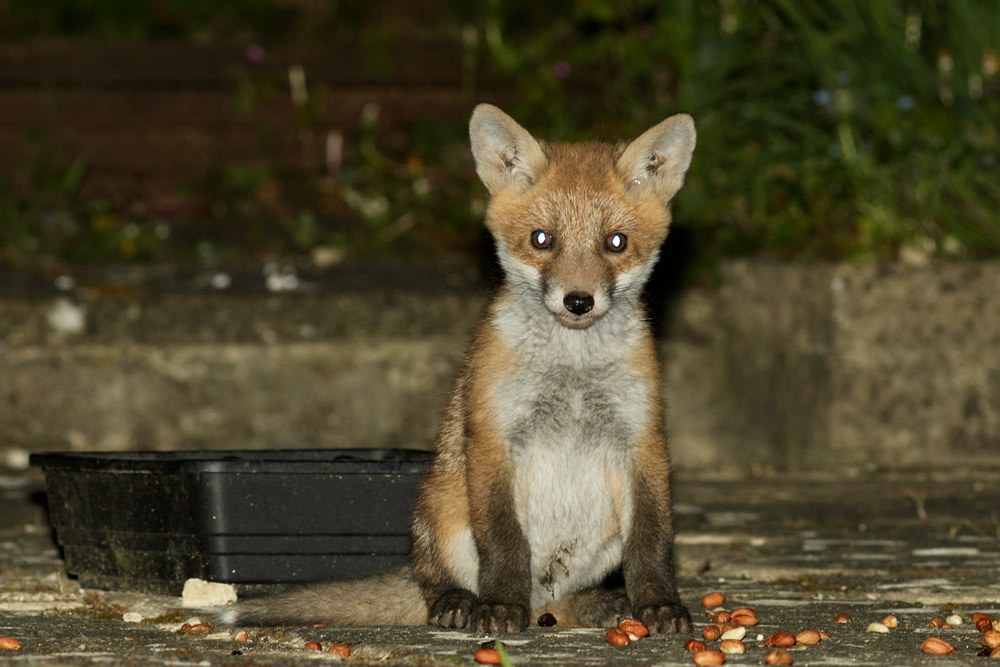 This little one stayed out later than the rest. 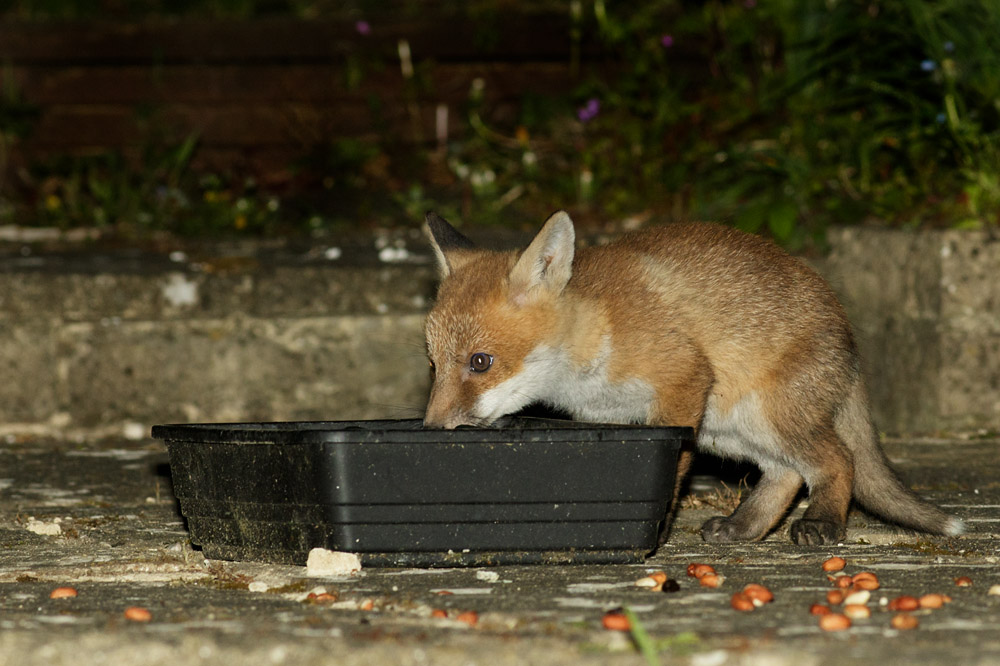 At the water trough

The final photo is actually from last night, but I like it and it rounds things off nicely by including the dog fox. 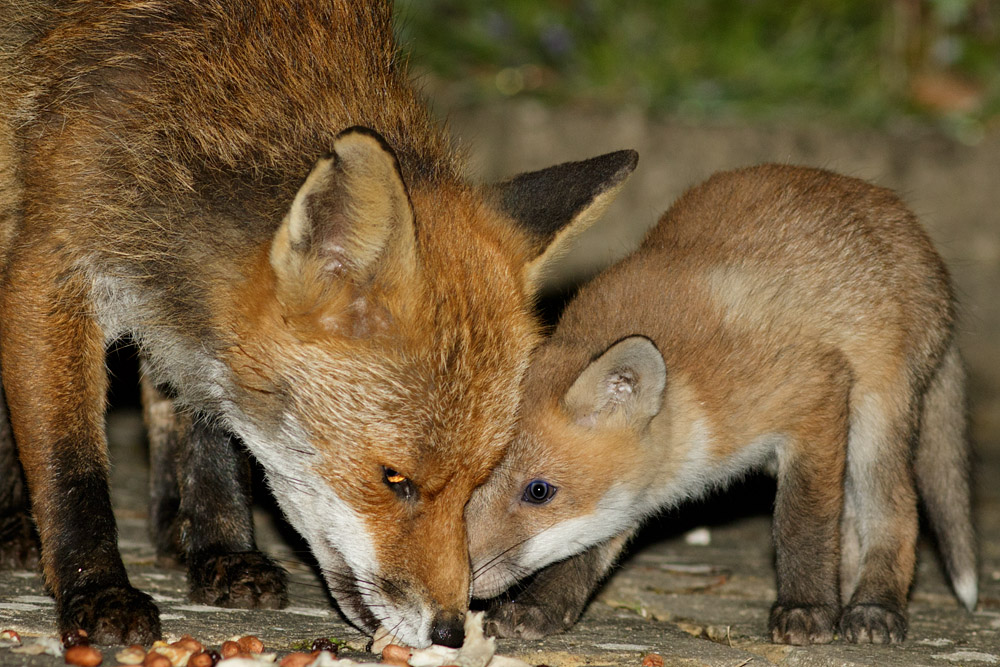 I took these shots about an hour ago in the garden. I was out there waiting to see if the foxes would appear. They seem to be becoming more accustomed to our presence in the garden, but it’s still very hit and miss. While I was outside I heard the sound of machinery coming from across the valley. The farmers were out working the fields up on the South Downs. This is the best photo I managed (with a 200mm lens, hand-held). The distance is probably about a mile. 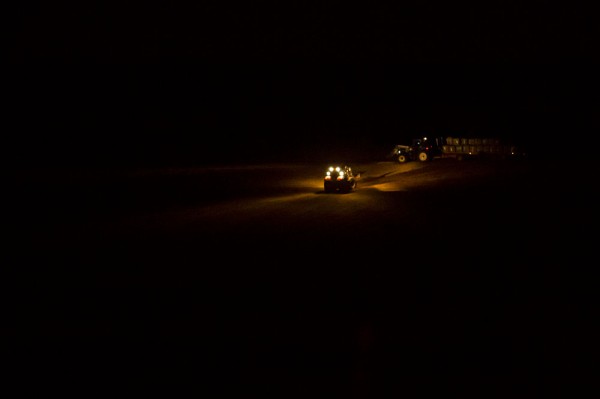 That passed a little bit of time (it needed several attempts to get a usable image) before the foxes appeared. The first to show was the nicked-ear male. He is now generally tolerant as long as I stay well back and don’t move. 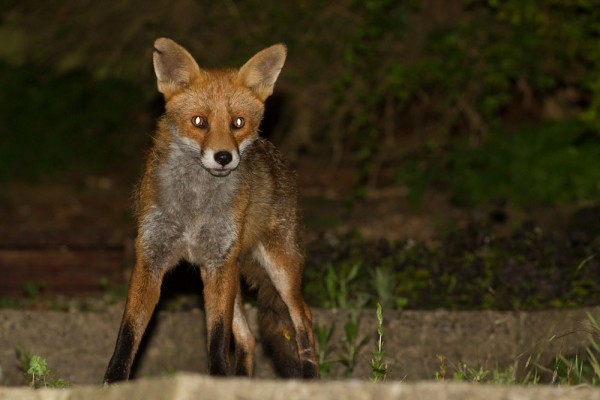 His demeanour alerted me to the possible presence of a second fox, and sure enough I could see a vixen at the rear of the garden. She too seems to be getting more comfortable with us and eventually stepped forward out of the shadows. She’s a pretty vixen (but not ‘Pretty’). She was fairly cautious, but not spooked by the camera. 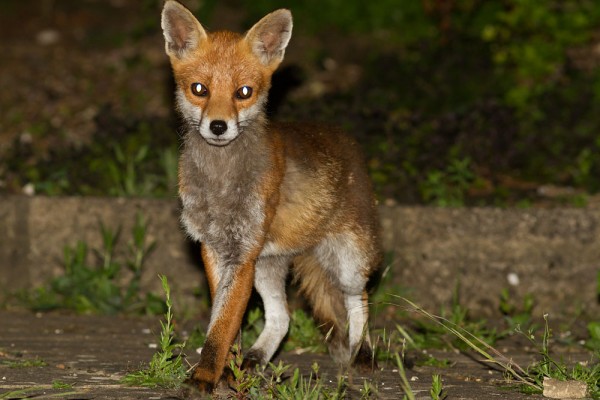 I have several more images to process, but none of the pair of them together. I’m not complaining (but will try harder).