Another reasonably sunny day and a chance to take another local walk, this time from Sheepcote Valley to Ovingdean, along a winding path between the fields. 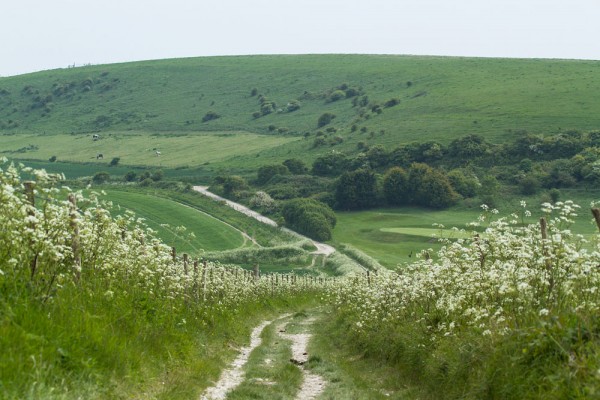 The skylarks were out in number, filling the air with their insistent trilling as they hovered and hunted out insects. 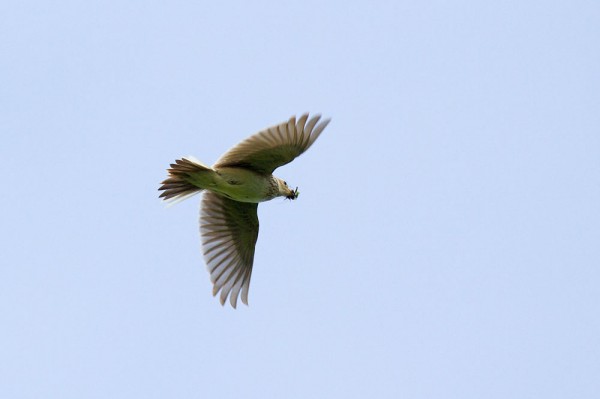 When they come down to land, they hide in the thicker grass where they are almost impossible to see. I was startled by this one taking to the air (or perhaps it was startled by me). 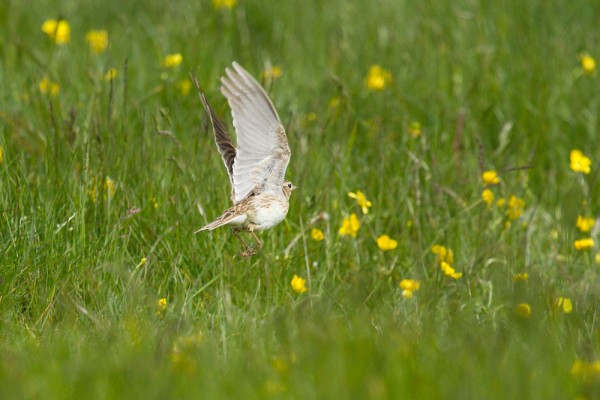 Further along, the song changed to that of the whitethroat. This one was flitting in and out of the hedgerow. There were young about, but well hidden and being well guarded by the adults. 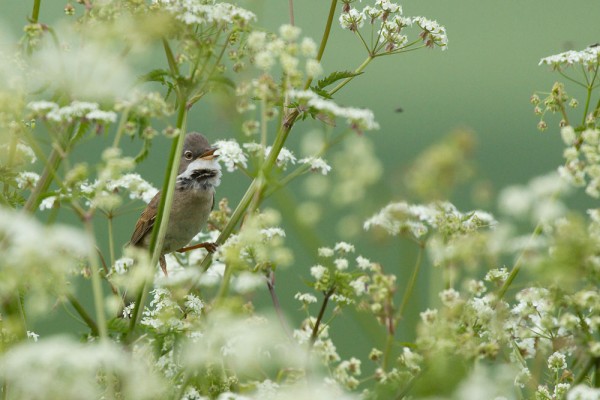 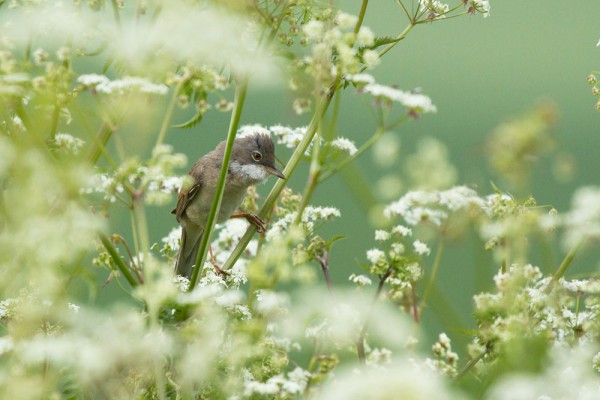 Two more treats greeted me when I reached Ovingdean. At the farm just outside the village a pair of pheasants ran across the path. This is the male. The female had scurried away between some farm buildings. 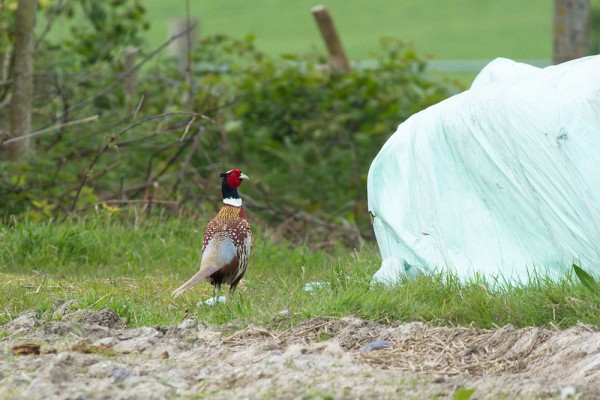 I’ve saved the best (in terms of sightings) until last. The swallows and house martins arrived in Sussex a couple of weeks or so ago, but today they were joined by the latest arrival from Africa, the swift. Summer is now officially on the way. About a dozen were flying over the farm, inevitably proving a difficult challenge to capture in a photo so I was more than pleased to manage two swifts in one shot. There really is nothing quite like a swift for sheer aerial grace. 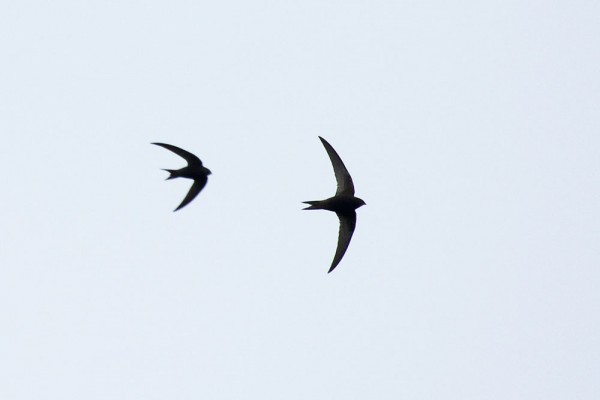 I was out at Castle Hill, a local nature reserve, early this morning. I was killing a little bit of time before going to fix a friend’s computer, but the early start was more than a little rewarding. It was cold, but sunny and I had only gone a short way along the path when I noticed a familiar shape sitting out by the edge of the gorse. 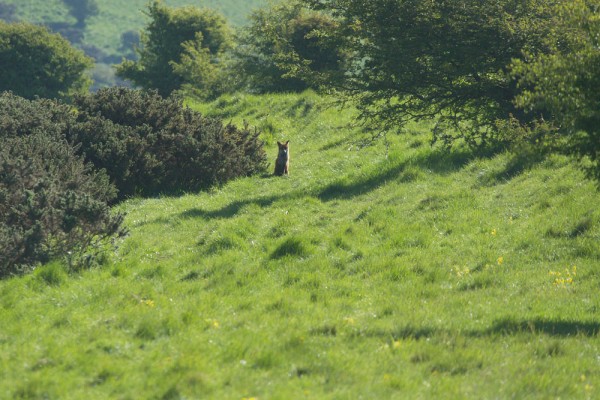 I managed to get a little closer, but not much. This is the best of the shots. 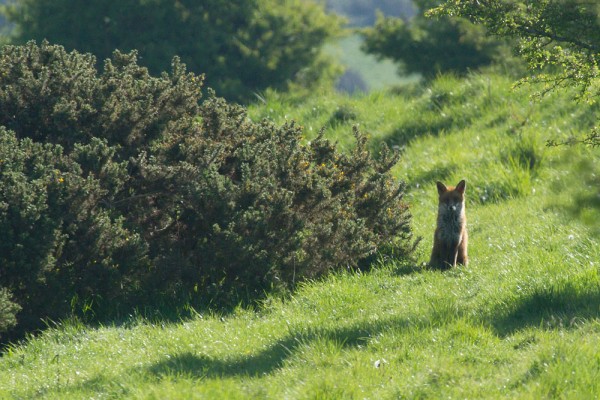 I’ve seen numerous raptors along the path on previous visits, but had no luck with them today. The smaller birds were busy though including this unidentified bird with a beak-full of insects. I’d welcome a suggested i.d. 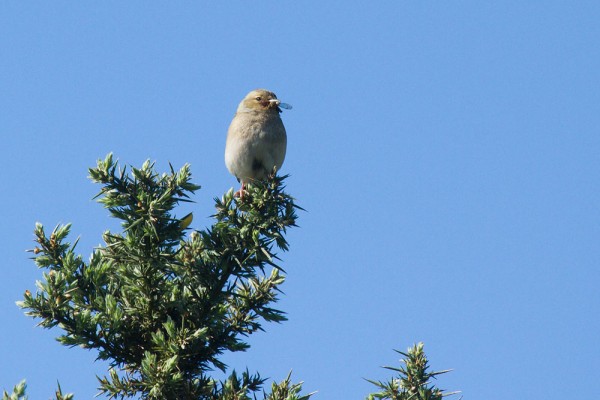 Whitethroats I can recognize, though this is the first time I’ve managed to photograph one in flight. 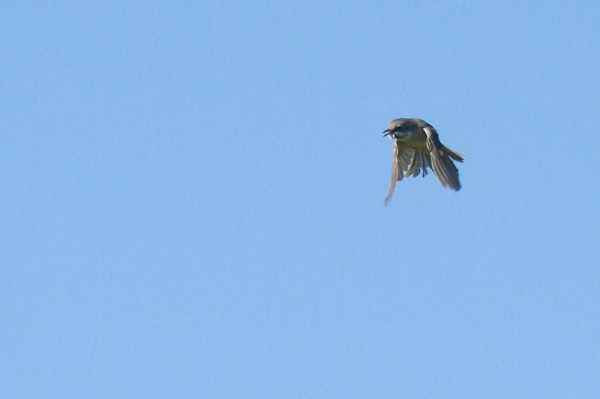 And here’s a more conventional shot of one perched in an adjoining rape field. 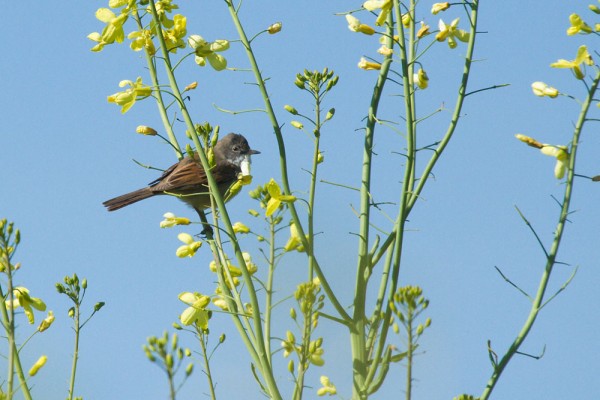 Next up (literally) is a bird I can identify as easily by its song as by sight. It’s a skylark. 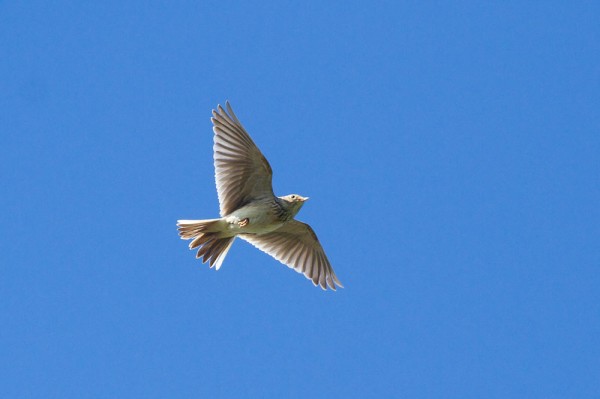 Down at ground level a small flock of starlings were feasting on worms and grubs. 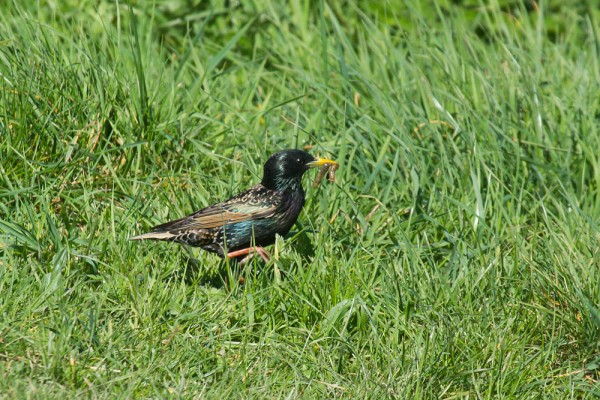 Two more photos to close today’s blog. Both are foxes, both were taken in the garden. They’re both exceptionally badly composed as well! The first one was taken through the window this afternoon. I think it may well be the male fox I’ve photographed several times at night recently. 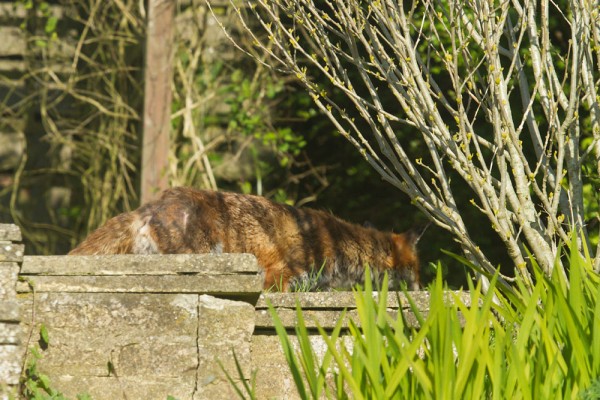 This is definitely the vixen, taken tonight. 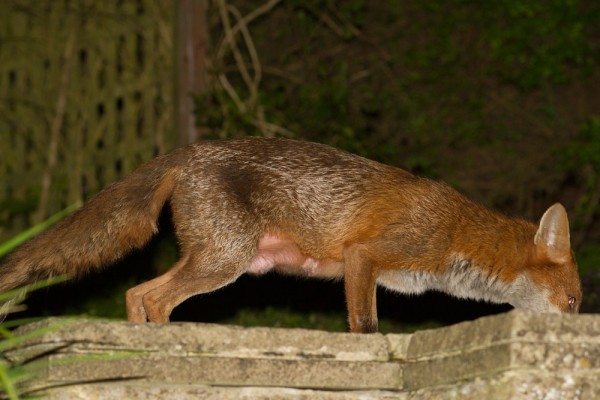 And in case you’re interested, I did manage to fix the computer. All in all a successful day.