I’m still in something of an experimental mood with the camera, and spent some time today taking more woodland shots. The technique is the same as I’ve used previously, but I’m attempting to learn a little more control. I also took a wider lens out with me, in addition to the 100-400.

The first two shots here were taken with the long lens. 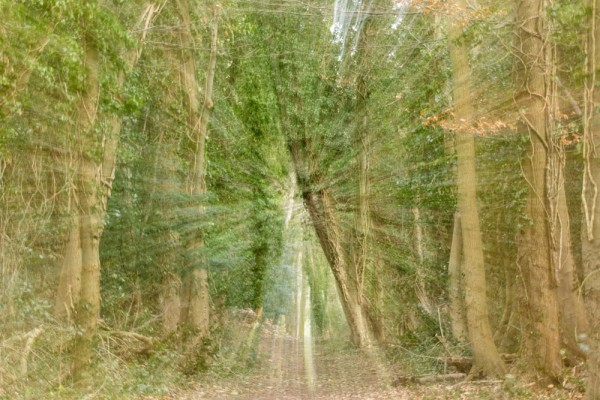 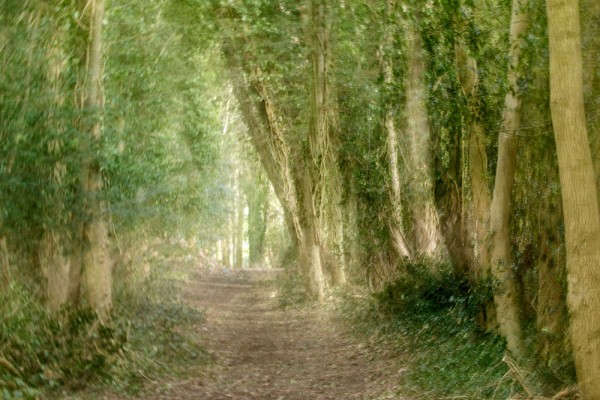 There’s noticeably less ‘motion’ in the second image. I delayed slightly before zooming, and probably zoomed more slowly. I’m still exploring the variables and how they affect the image (90% of the time they affect it directly into the recycle bin), but I’m getting a better notion of the type of setting that is likely to work, and I’m slowly increasing the likelihood of the shot looking something like I expect it to.

One of the difficulties I’ve found with the long lens is that it is quite hard to zoom smoothly while keeping the camera steady. I know that using a tripod would help, but even then the zoom mechanism is relatively firm and the barrel needs a significant turn to cover the whole range. The next two shots were taken with the 24-105 lens. It’s altogether lighter and faster to use, and obviously at the wide end takes in more of the scenery. It’s also a lot easier to zoom quickly, even with a faster shutter speed. 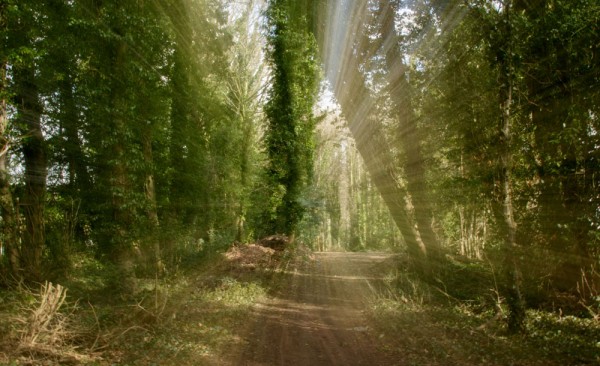 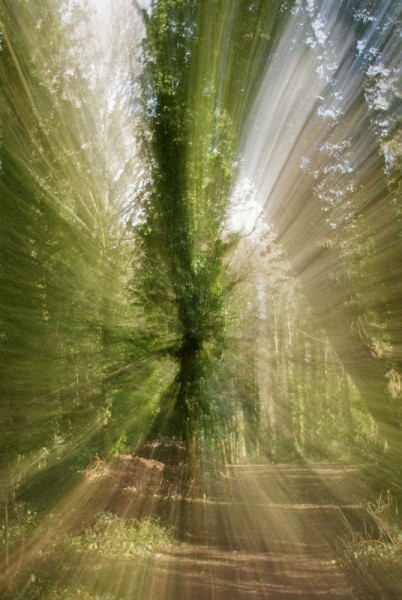 Another damp February day. Nothing at all this morning (it was too wet), but by lunchtime the rain had eased to a fine drizzle and it the shlter of local woodland meant that I could more or less avoid getting wet. Of course, the conditions are limiting (dark), but actually ideal for taking more slow-zoomed landscapes. 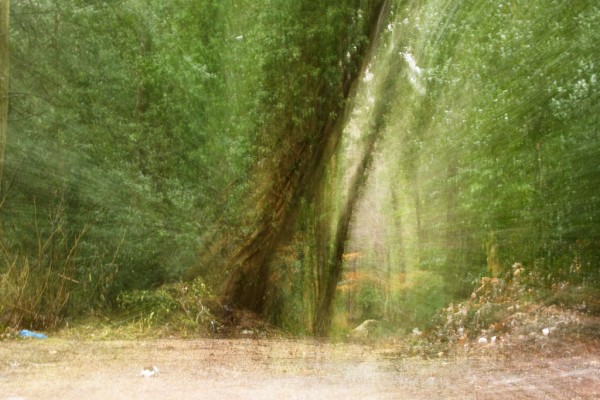 I’m beginning to understand a little more about what will and what won’t work these shots (and no, I’m not posting the most obvious disasters), so to an extent they are ‘planned’, though the final effect is very much dependent on how still I hold and zoom the camera. I need to try this with a tripod.

One more in this experimental vein, but taken from a much closer position and framed around three pairs of golden-brown branches. This is a much harsher shot overall, and the zoom was faster. 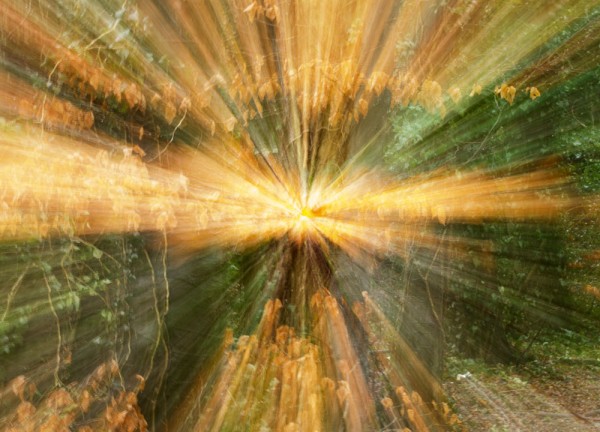 There were plenty of small birds around (blue tits, chaffinches, blackbirds and robins), but the one to feature today is a song thrush which moved to the woodland fringe where there was just enough light. 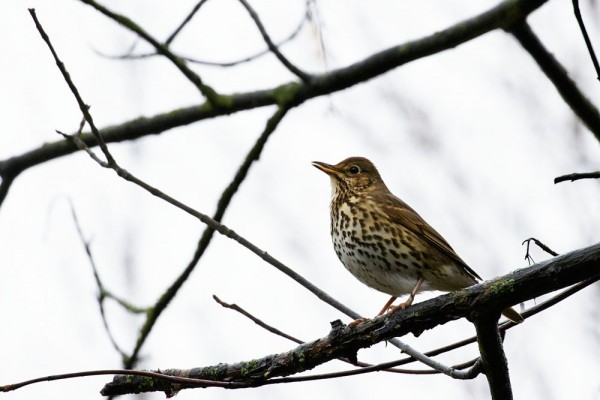 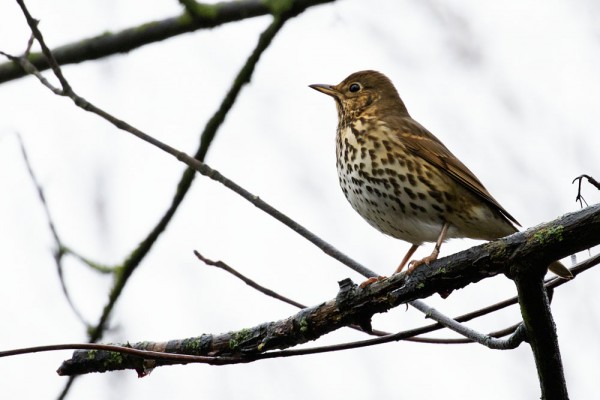 Buzzards and a skylark

Well, the promise of sunshine held good. Good walking weather, so I headed out to the fields. Little in the way of wildlife, but some nice views, and great dappled light in the woodland that fringes the area. 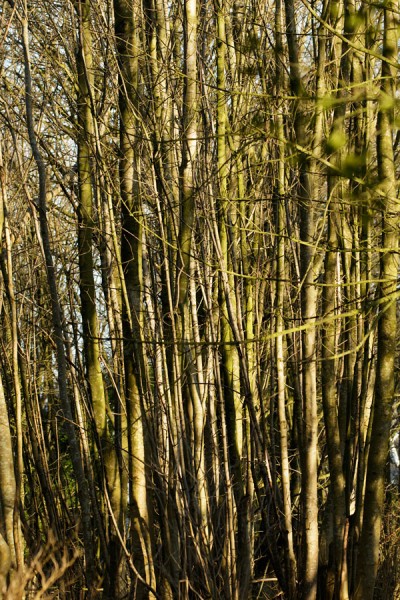 Out in the open, the skylarks are beginning to make themselves known, their trilling song breaking through the quiet. 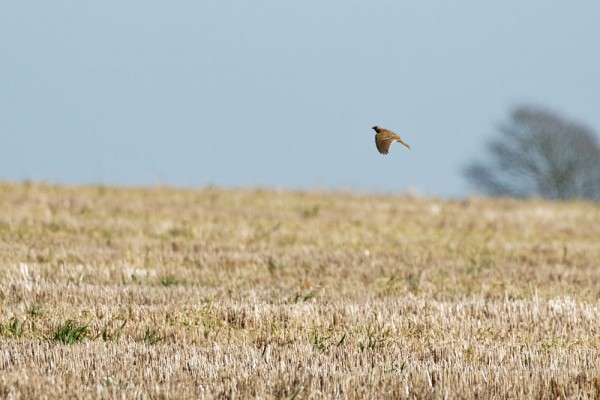 And buzzards. Several of them, but generally too far distant to trouble camera. This one was a long way off, but just about in range. 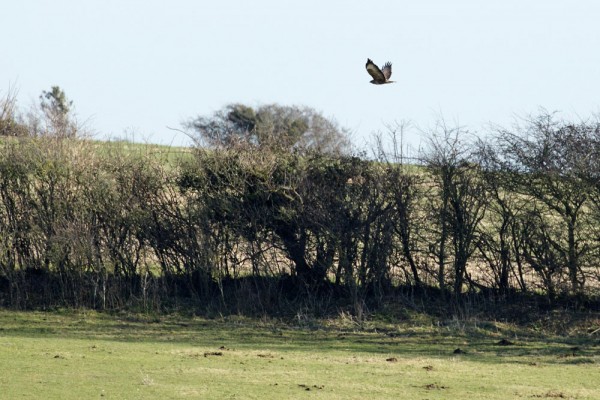 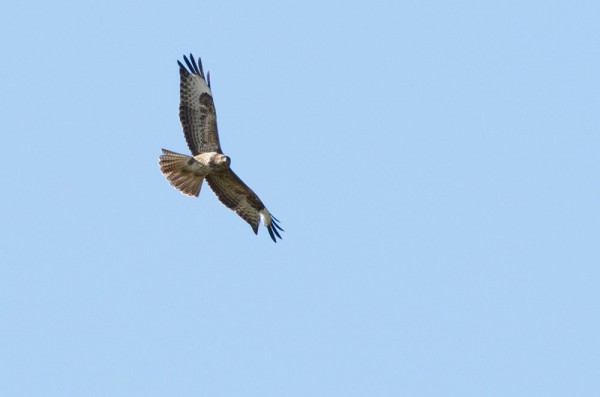