A couple from the day, and then to the main event. I wasn’t really going to post yet more photos of rats, but this one caught my eye. The rat was in a tree that overhangs a rubbish bin and was considering making the dash across on that very narrow twig. It didn’t this time, but I’ve seen one make the reverse journey. 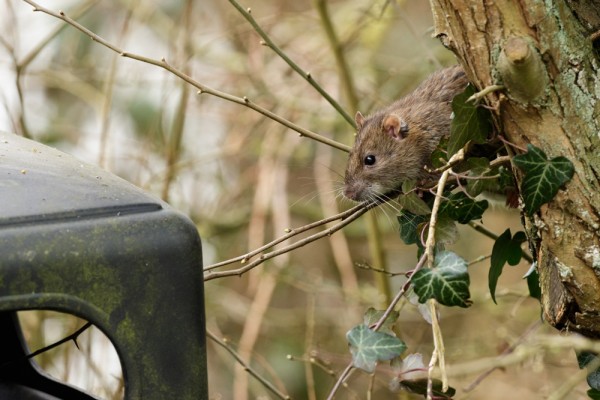 Altogether higher on the cuteness stakes is this young rabbit in the corner of a field. A bit overgrown (the undergrowth that is), which mars the shot slightly; but young rabbits are always worth a quick pic. 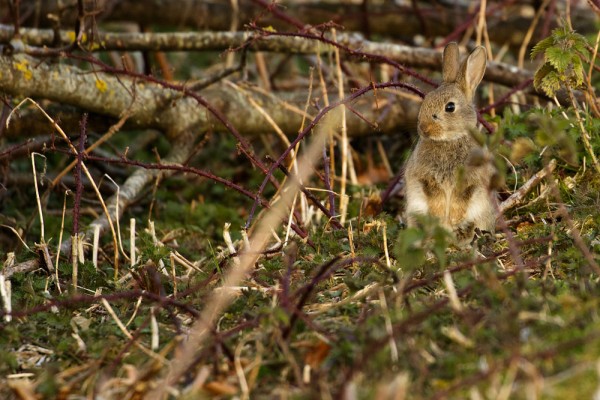 Now for the main event. I went outside relatively early (around 10pm) and waited quietly to see who would show up. Sure enough one of the badgers put in an appearance. Initially it retreated when it noticed me, but soon came back and settled down for a peanut feast. 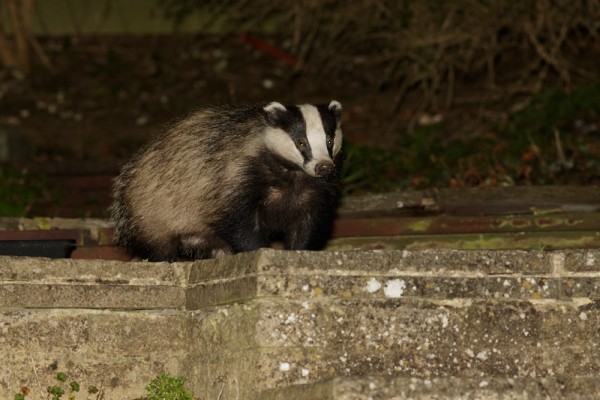 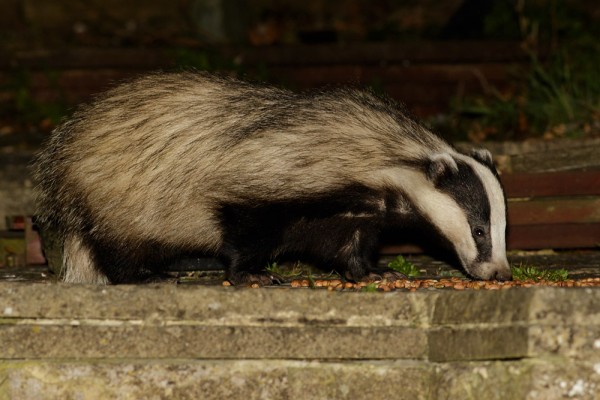 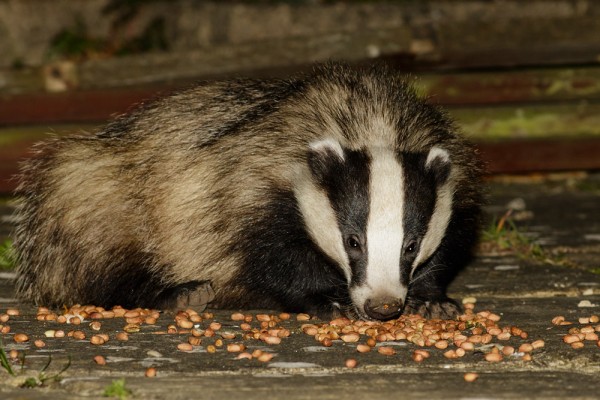 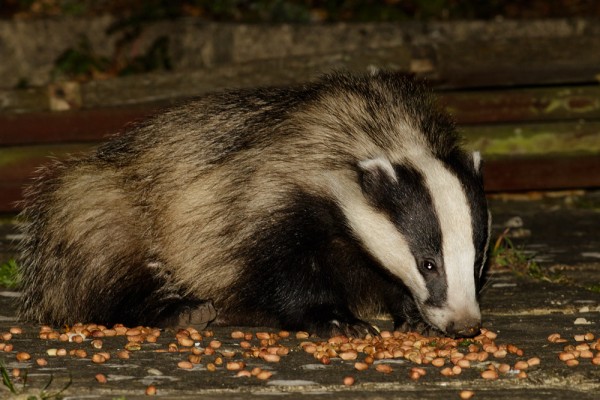