2005 proved to be a good year for the foxes, and our careful nurturing of the adult was rewarded when young fox cubs started to come into the garden. These are some early photos of the young foxes enjoying themselves. Once again they were taken on a small point-and-shoot camera.

Young foxes are amazing to watch. They spend the first 4-6 weeks of life in their earth, and initially don’t venture too far from it. Birth is generally between late February and early April. These photos were taken in the early summer months (before I was assiduously dating every image so I can’t be exact), and the cubs are probably around 4 months old. The cub in the first three images is playing with a square of canvas it found in the garden, tossing it up and leaping. Part play, but excellent training for leaping on prey. The adult fox was quietly napping in the flower-bed just a few feet from me when I took these. The leaping is astonishing and these pictures fail absolutely to capture the grace of the movement. I was transfixed, and felt hugely privileged to witness the scene. 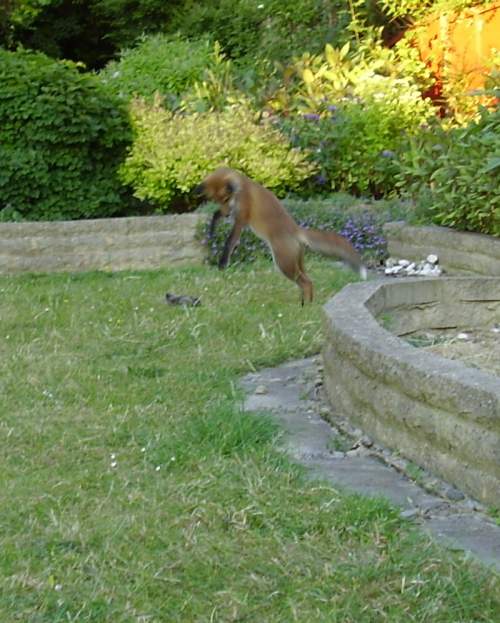 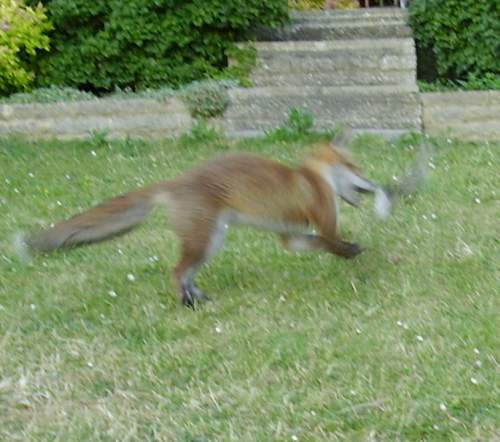 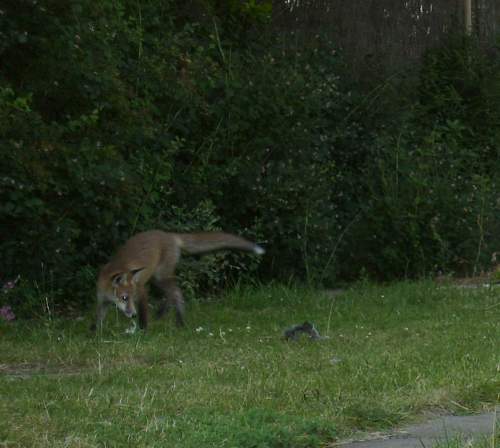 This is another early photo, taken through a closed window. Two cubs are in the foreground, and a third cub and an adult fox can be seen with ‘beacon’ eyes in the background. The adult foxes are excellent and attentive parents, the work generally being shared between the vixen and the male (dog) fox. Occasionally, a second (subordinate) female may also be part of the family group. 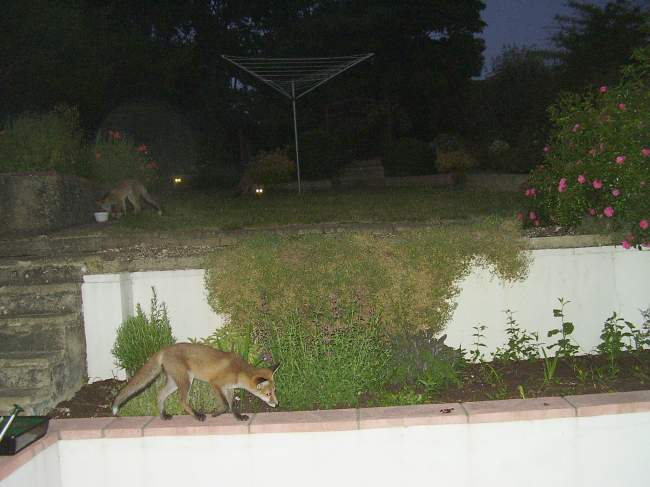 This video clip (taken in 2006) gives a more vivid impression of the kind of scenes we were witnessing. It shows two of the cubs engaged in play fighting.