It’s not all that uncommon to come across a bird that has lost some of its facial or head plumage (I posted a similar shot a few years ago), but it was slightly bizarre to see two bald birds within a few minutes of each other.

The first one was a blackbird. I suspect it’s a juvenile (rather than a female). The second blackbird (in the background of the first shot) was entirely normal. 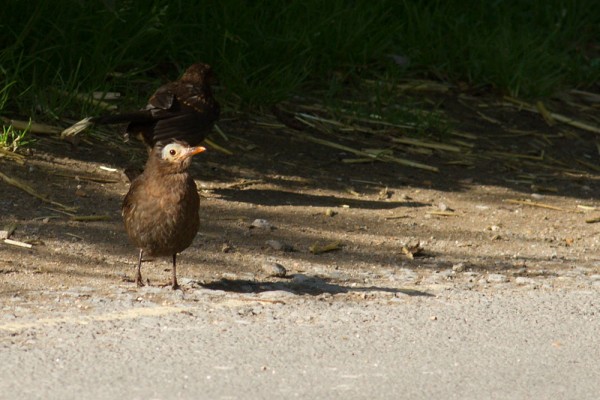 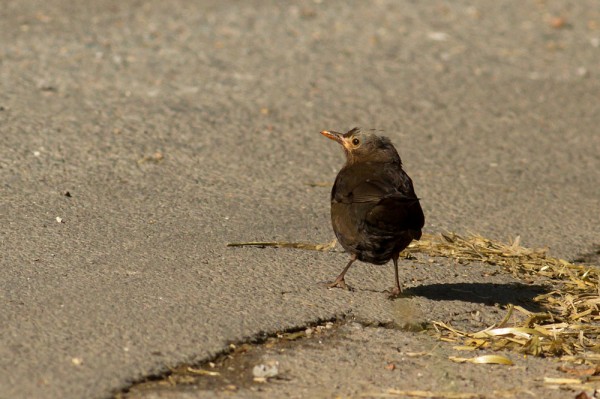 The second was a great tit, looking extremely tatty. If you look closely you can see most of the facial feathers are missing. 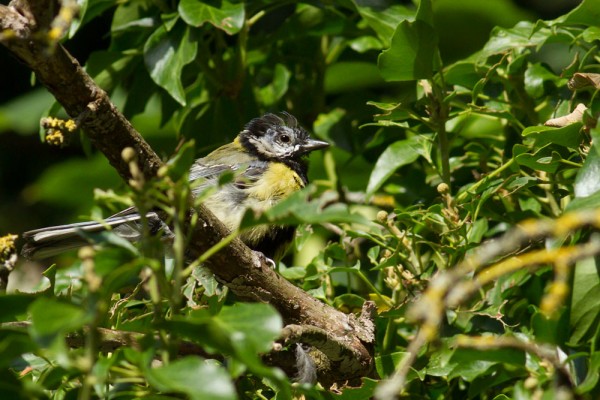 It’s difficult to identify a cause in single sightings. One possibility is a slightly erratic moult, which is certainly feasible at this time of year. Mites or ticks can also cause baldness, though ticks are usually visible. Generally the feathers will re-grow in a few weeks, so the condition is likely to be temporary.

Thankfully not all the birds were in quite such an unkempt state, though this young thrush was having some difficulty clearing away some webbing that had become attached to it. 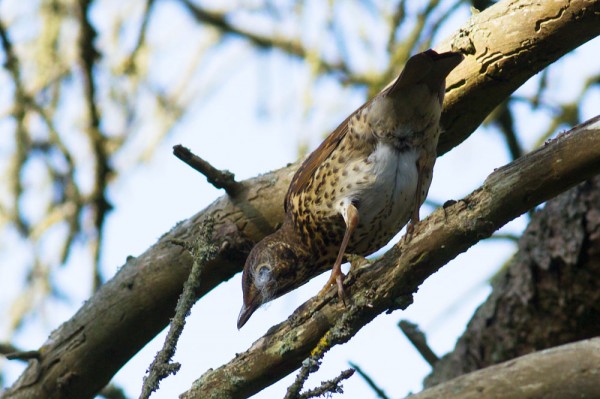 It took a juvenile blue tit to provide a decent photo of a tidy bird. Seems late in the season, but there it was. 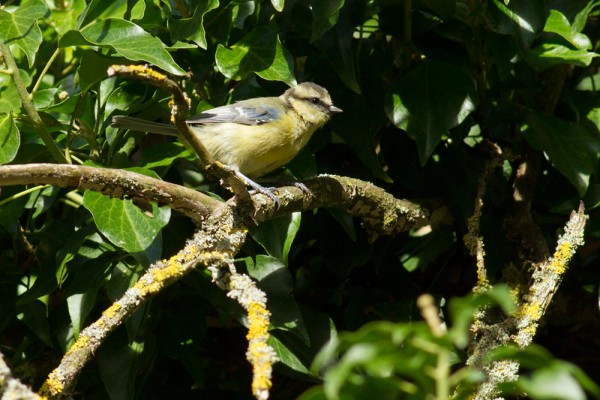 At least the herring gulls were behaving impeccably as they marched out of the pond and on to the sandy bank. 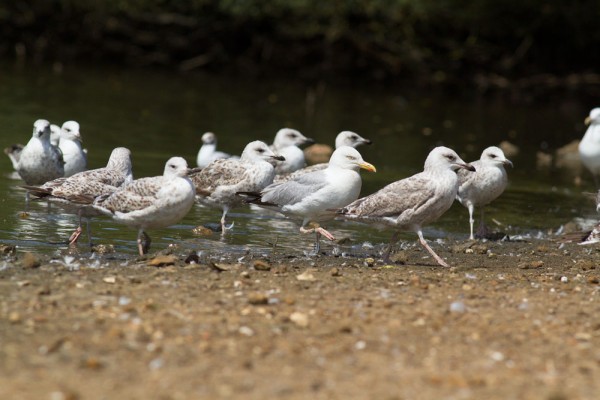