Just a very few photos tonight. I've spent much of the day configuring my Windows 7 set-up. Yes, the installation went very smoothly but there's all the applications to reinstall and reconfigure to behave how I like them (which is rarely how the designers default them). I'm most of the way there! Missing having a 'quick launch' task bar (W7 is massively wasteful of lateral taskbar space, even with icons at their smallest) but other than that I can see the benefits in terms of speed of boot-up. Edit: Thanks to Darko for pointing me in the direction of 'quick launch' which I've now set up with all my frequently used applications, while saving about 50% of taskbar space.

So anyway, all that meant little time for taking photos until this evening, which in turn means that the camera turned to the pond. And found….

a frog resting under the surface…. 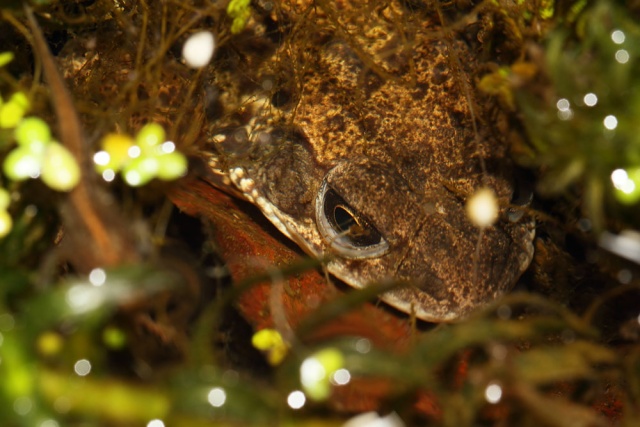 and another poking its head out to say hello. 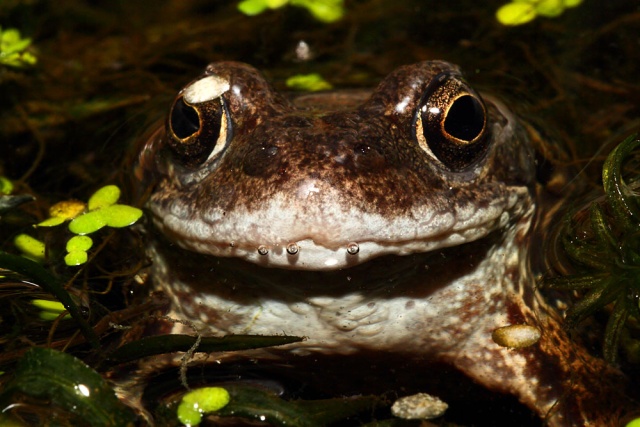 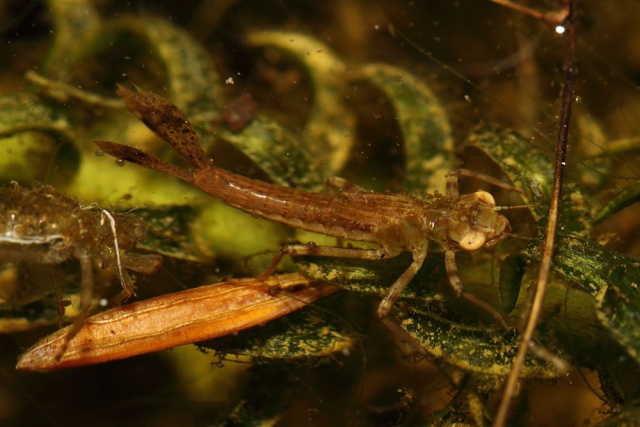 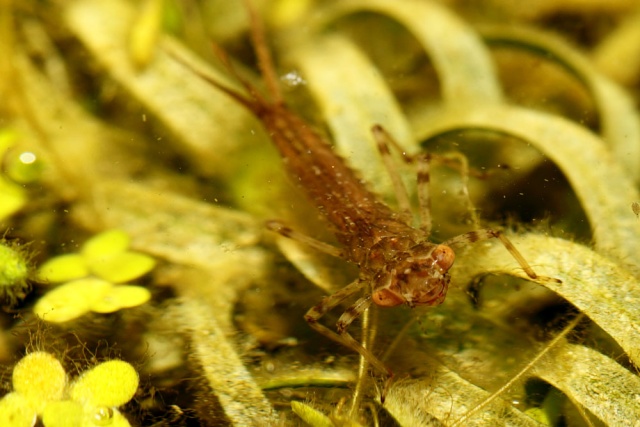 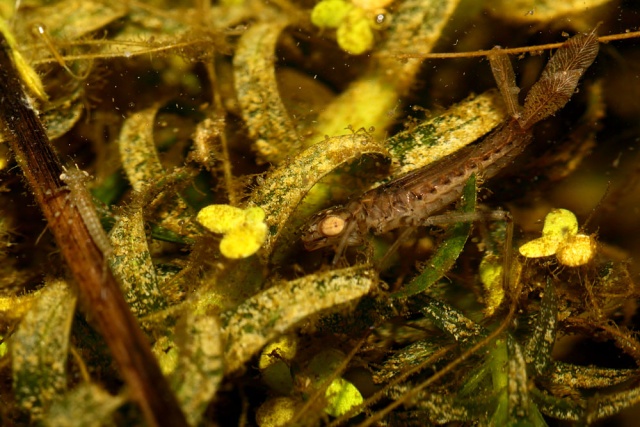 This last one is a bit of a cheat. It's a photo from Friday night, but I can assure you I did see several young newts tonight as well. I just prefer this shot. 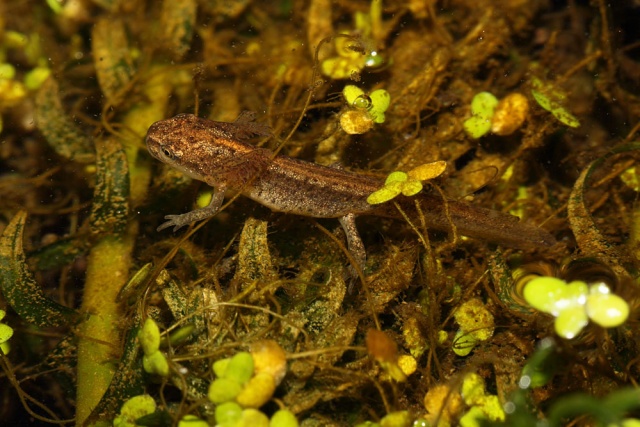