Summer is here (storm clouds threatened for tomorrow, but I can live with that). Anyway, today I took some proper time to watch the local youngsters… house martins and herring gulls.

These are a couple of the young martins, snug in their nest. There are several of these under the eaves of the row of cottages at Falmer. 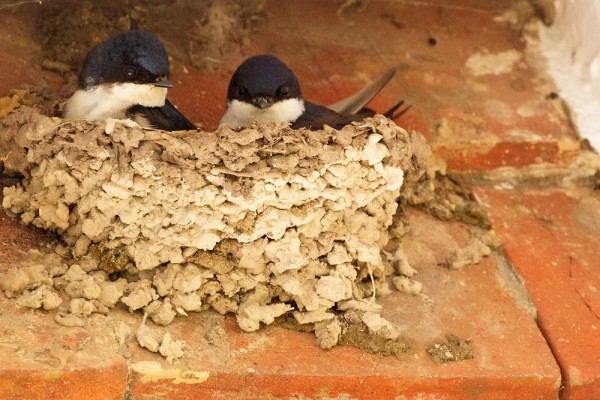 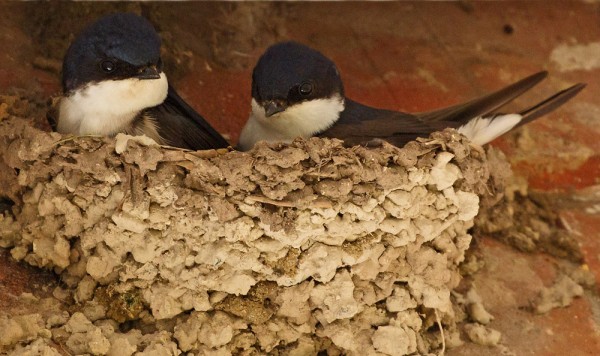 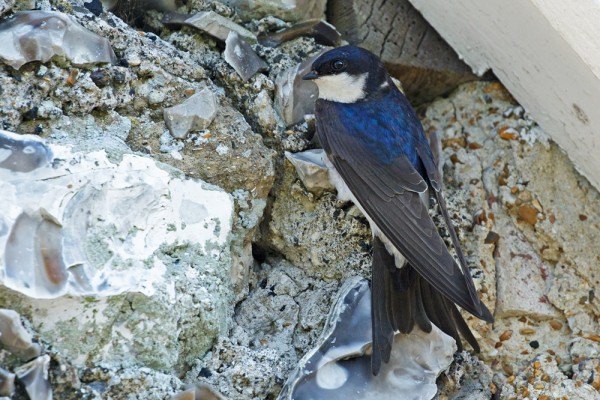 One of the adult house martins on a flint wall below the roof.

The real local characters though are the young herring gulls. There are small clutches all over the roofs at work, but these two are in my favourite spot (by the car park), and are just hitting that stage where they look faintly absurd! 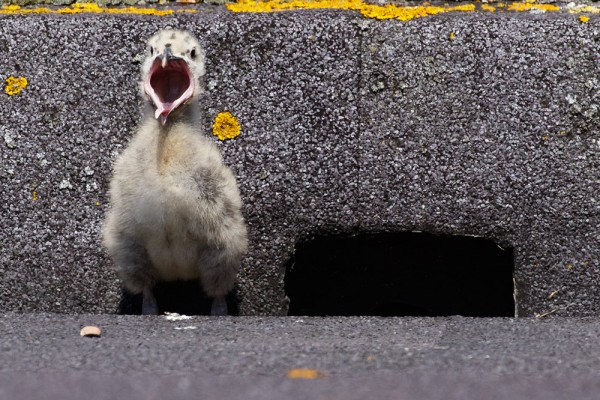 I do art impressions: The Scream 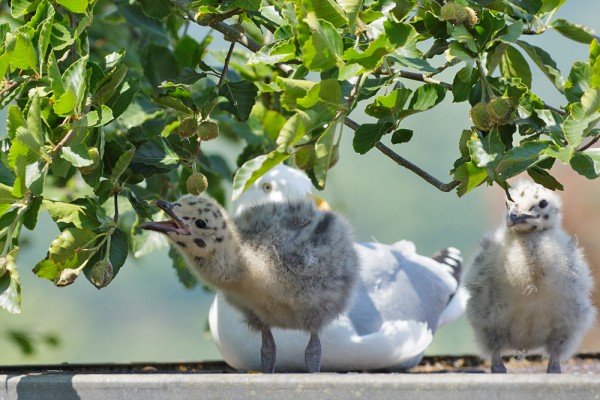 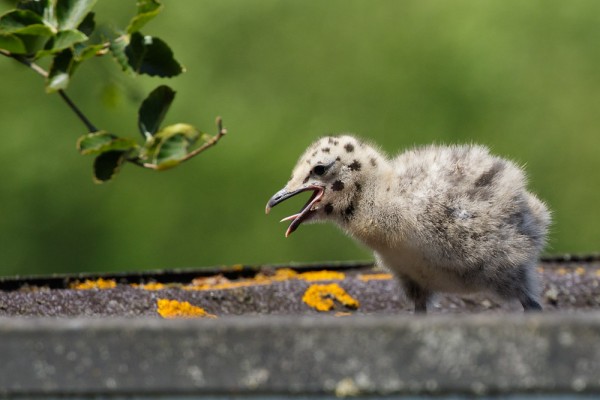 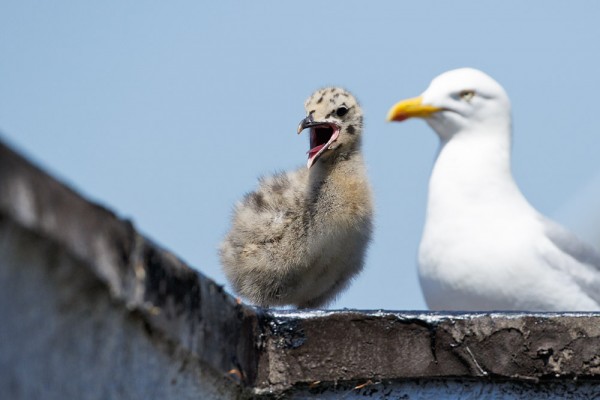 And the adults always keep a watchful eye on them. 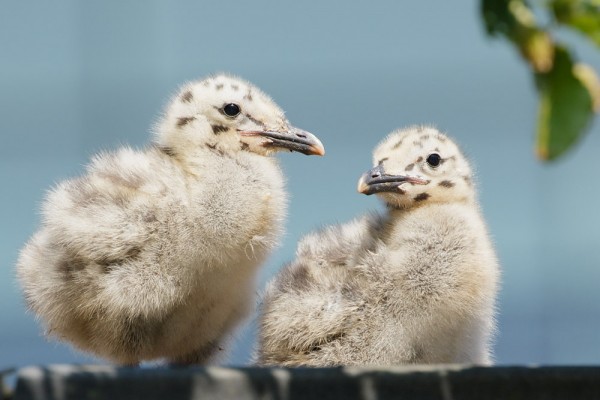 Another mainly badger post this weekend, but if I have time I’ll slip in some daytime wildlife as well. I’m going to start with a short clip taken by trail camera a few nights ago. It’s a sequence which shows some behavioural traits as two badgers meet in the garden.

Now for a few photos… This is the bolder of the pair. We spotted him at the rear of the garden. He backed off when I went out to lay out some peanuts for him, but soon returned. Their sense of smell is acute. He stood at the rear of the garden sniffing for while, and hten headed down the path straight to the small supply of food. I was 10-15 feet further down the garden with the camera. 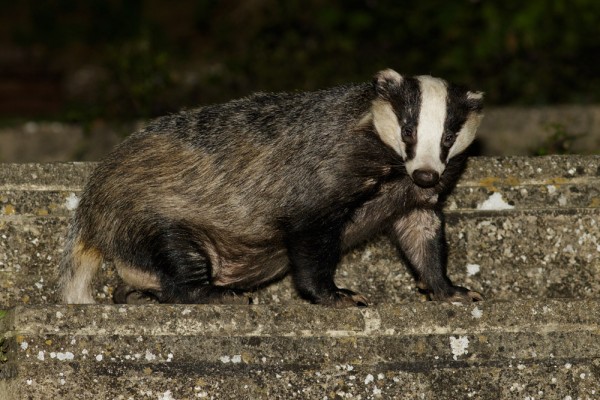 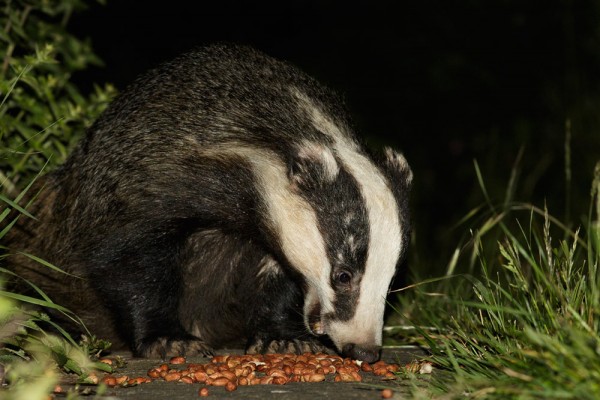 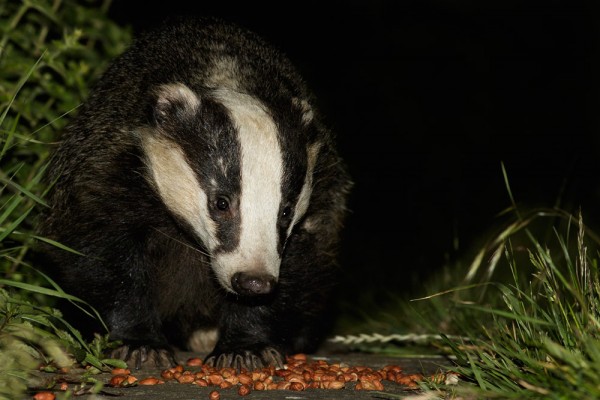 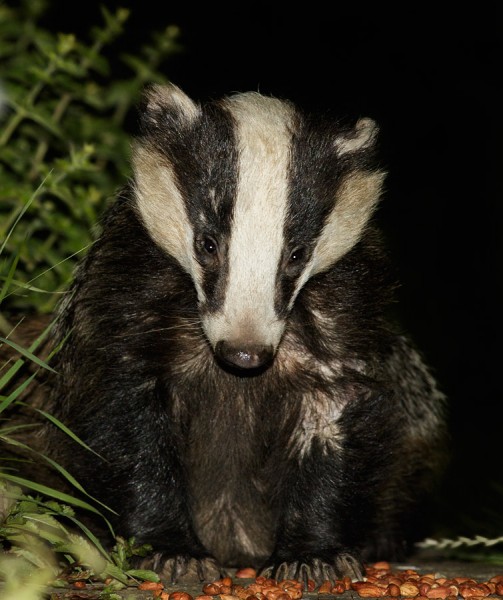 Ok, some daytime stuff from last week. The current pick of the birds at Falmer are the house martins, swifts and swallows. Mostly they are sweeping the skies overhead for insects, but they also skim the pond (though getting decents shots of that is even trickier than following hteir erratic flight paths against the sky. Hence, sky shots. 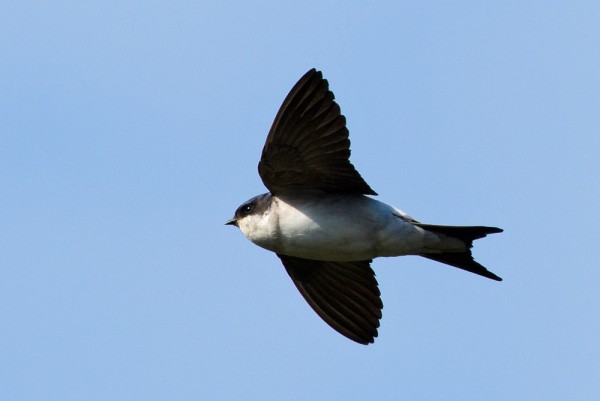 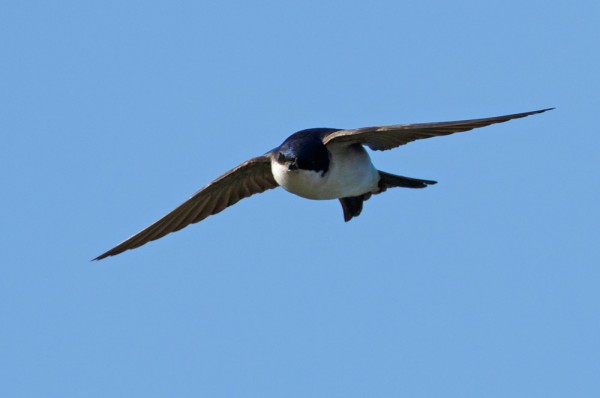 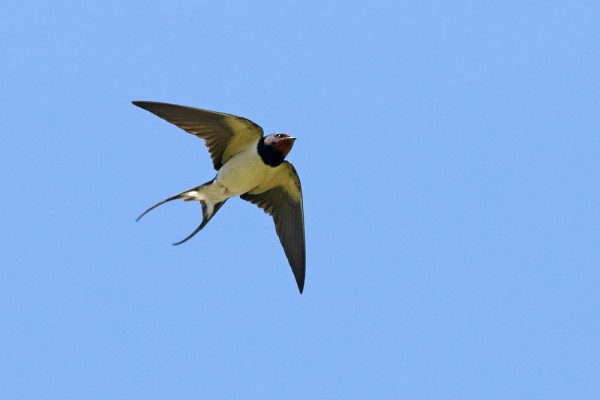 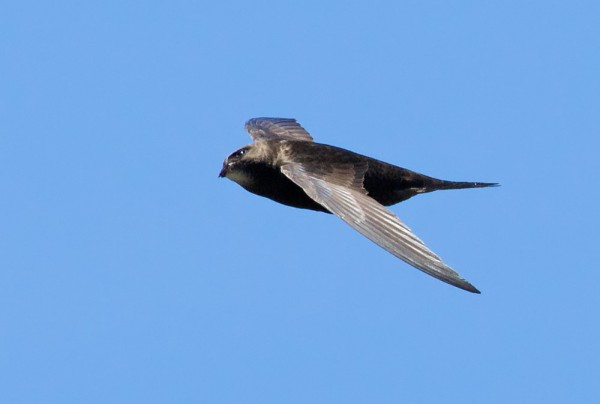 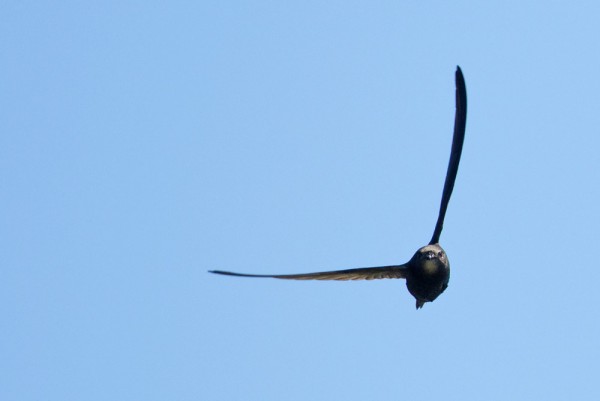 House martin season is in full swing down at Falmer Pond. The adults are busy preparing for their broods, gathering mud for nest building at the water’s edge. There’s a swallow in among them. 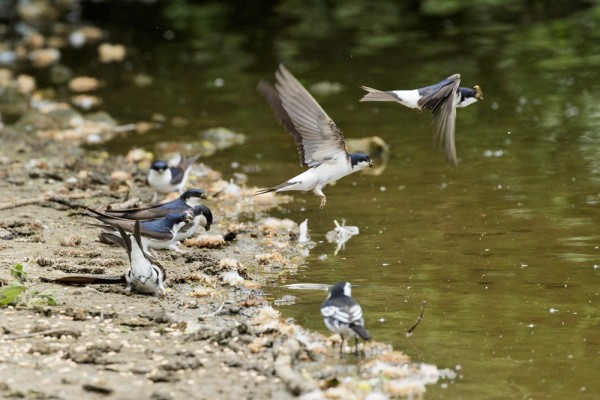 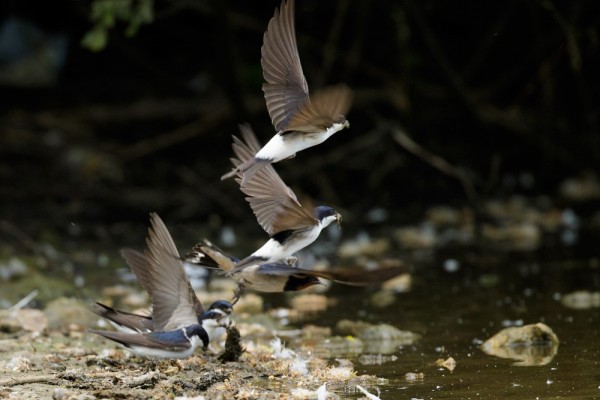 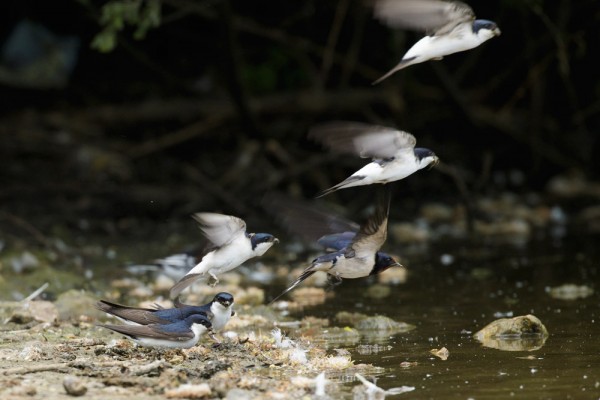 And a photo from Monday. 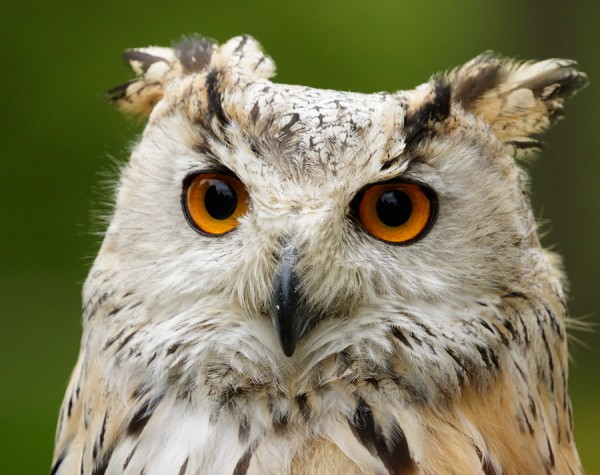 Ok, I admit this is not a house martin!

It’s a Siberian Eagle Owl, part of a display of birds of prey at Wakehurst Place.