Brent Geese and Fulmars at Rottingdean

These are a few shots taken at Rottingdean cliffs this morning. The weather was threatening – but never delivering – some sunshine, so the light was imperfect. There are still some fulmars nesting in the cliffs. I’ve not been there frequently enough to judge whether the small numbers are a real reduction on previous years as the time of day and weather (and sea) can make a difference to how many hug the cliffs. 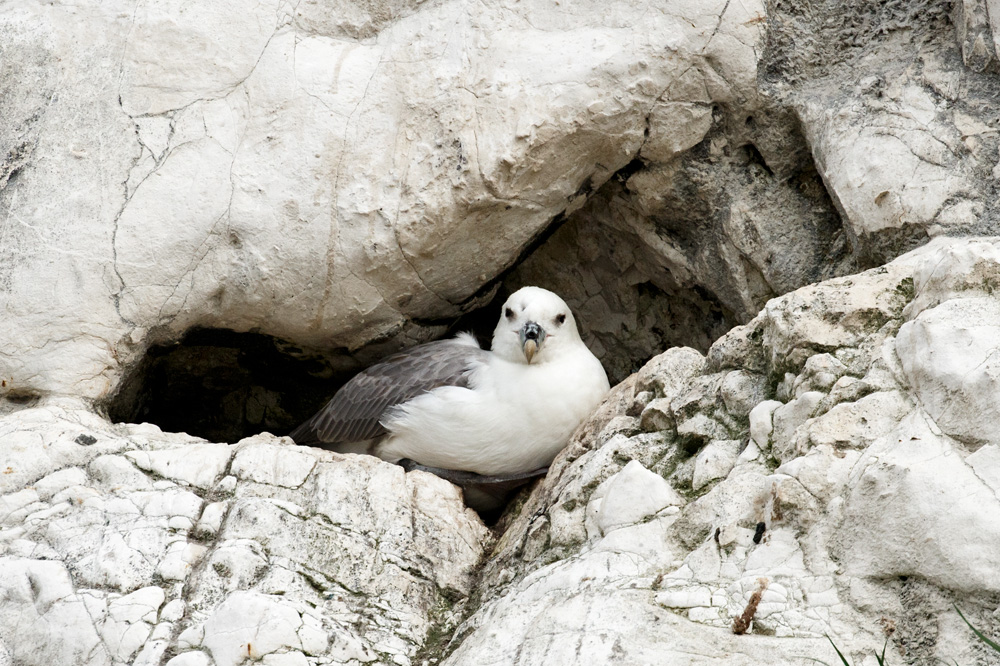 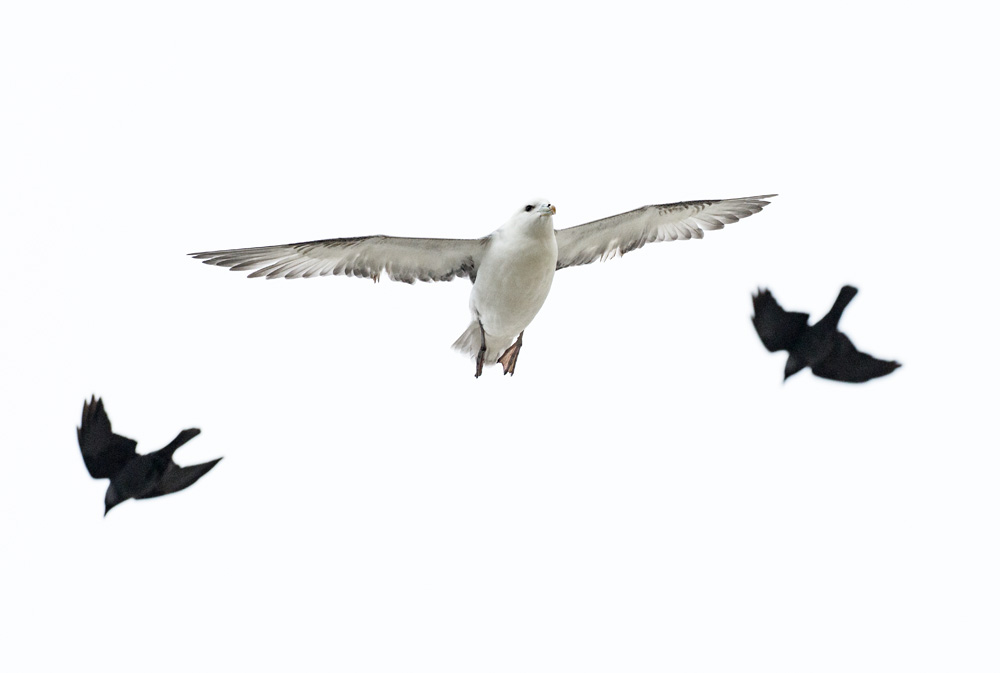 Fulmar with two jackdaws in the background. Jackdaws are possibly the most dominant cliff dwellers. 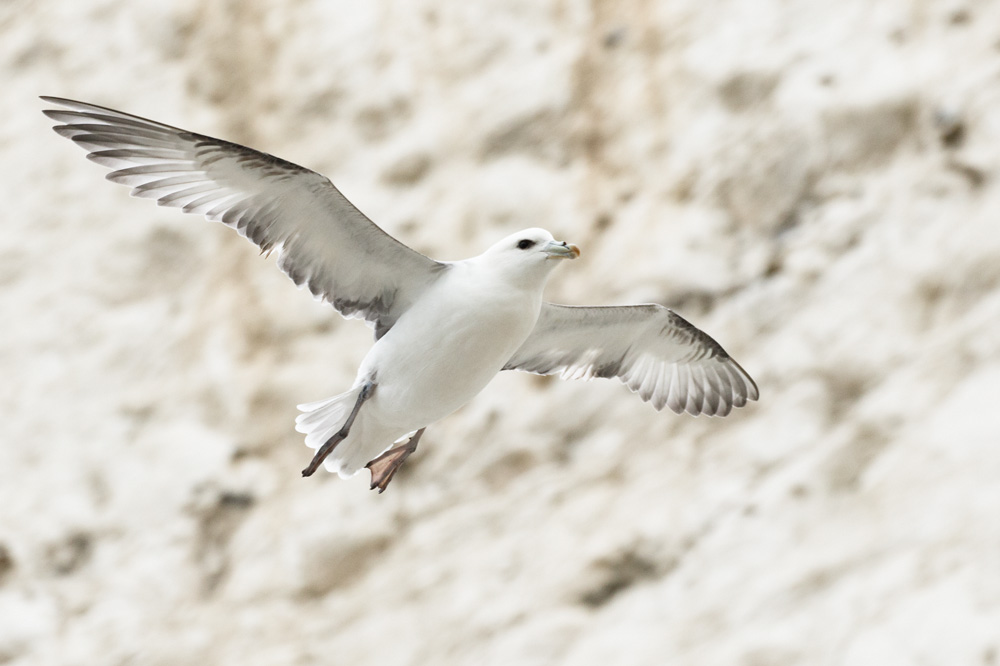 The tide was out so I kept my eye open for waders (we see lots of oystercatchers along the coast). I was out of luck with them, but a very distant flock caught my eye as it skimmed the sea between Brighton Marina and Saltdean. I think these are Brent Geese. They are winter visitors and probably just beginning their summer migration away from the UK.

Flock of Brent Geese off the coastline at Rottingdean, East Sussex 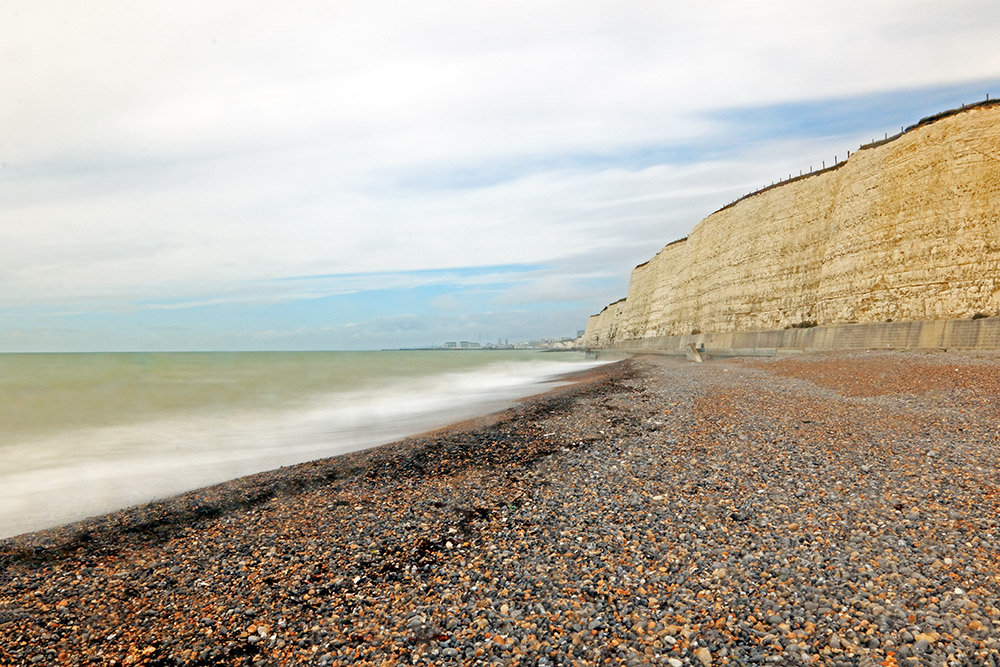 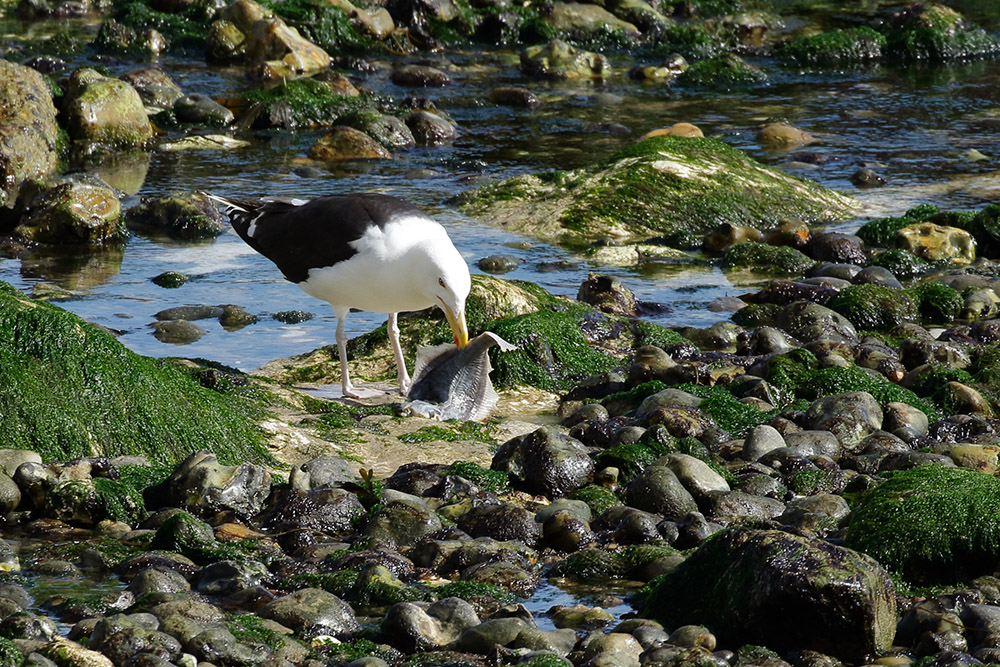 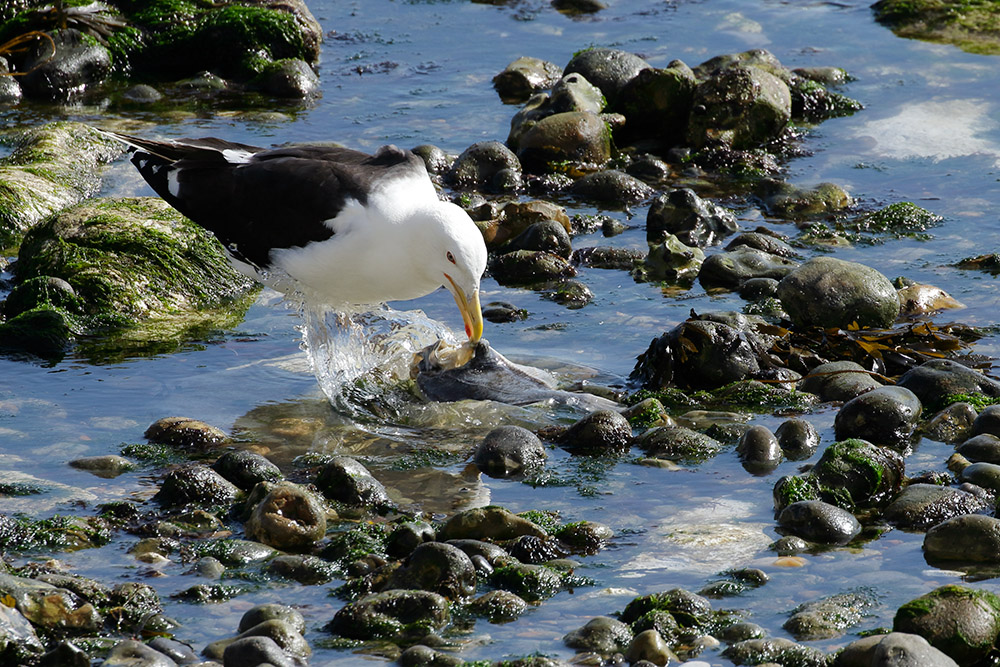 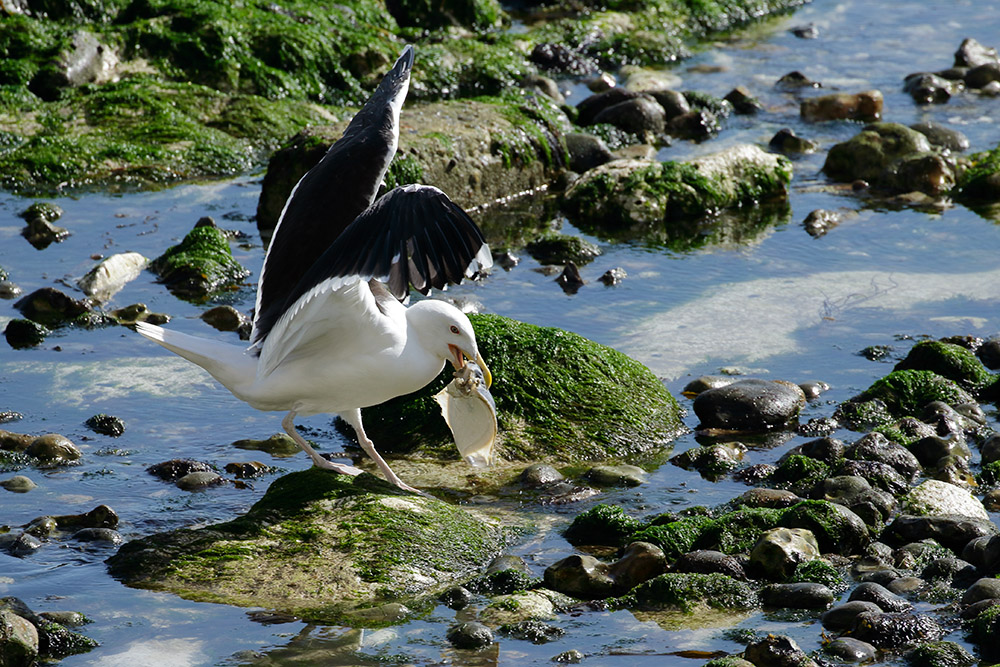 I’ve barely touched the camera recently, but the day was clear and I had a chance to get down to Rottingdean for an hour or so. It was windy, and the tide was coming in. 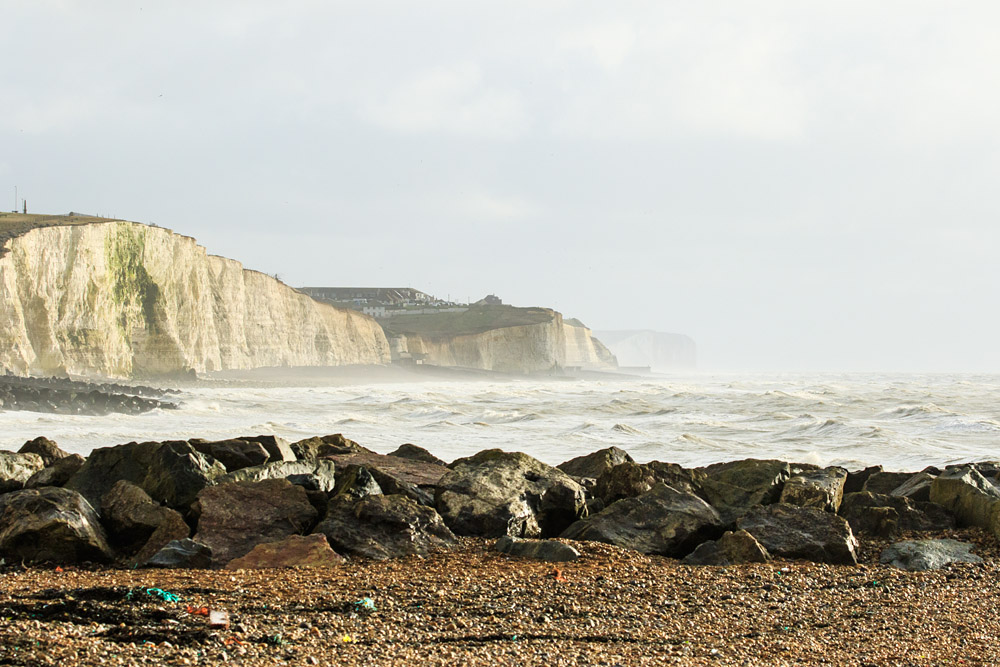 The cliffs at Saltdean (seen from Rottingdean), East Sussex

The fulmars were nestling in the wintering cliff-side nests, enjoying the relatively mild weather. 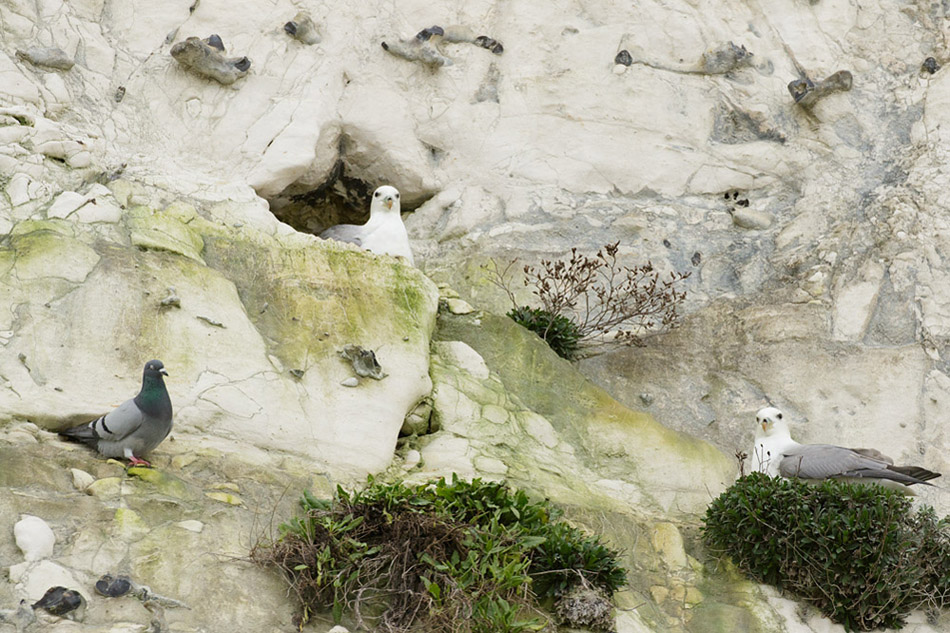 Two fulmars and a pigeon on the cliffs at Rottingdean 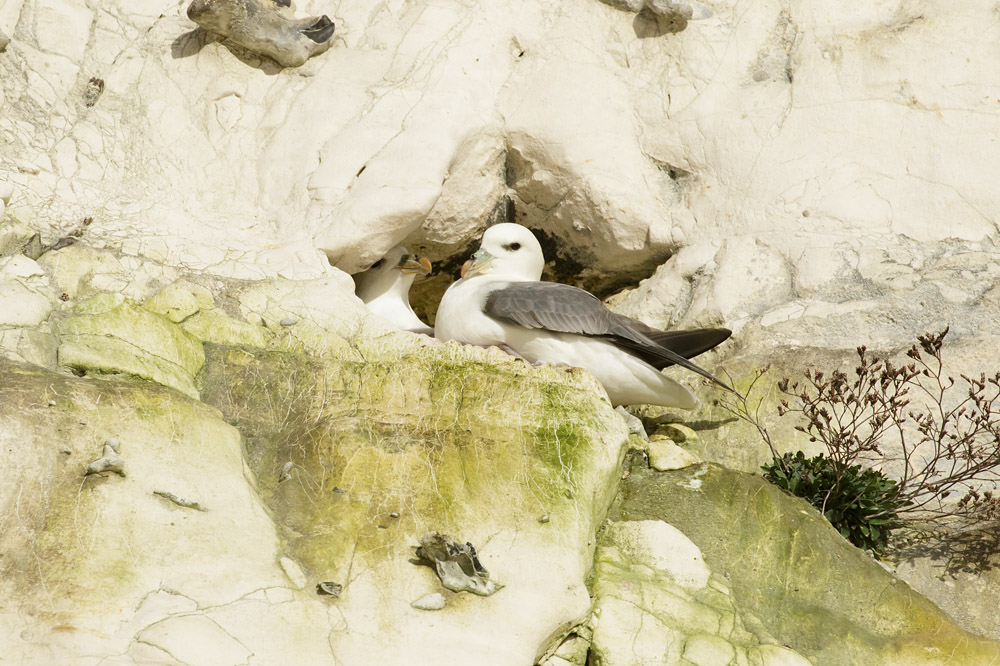 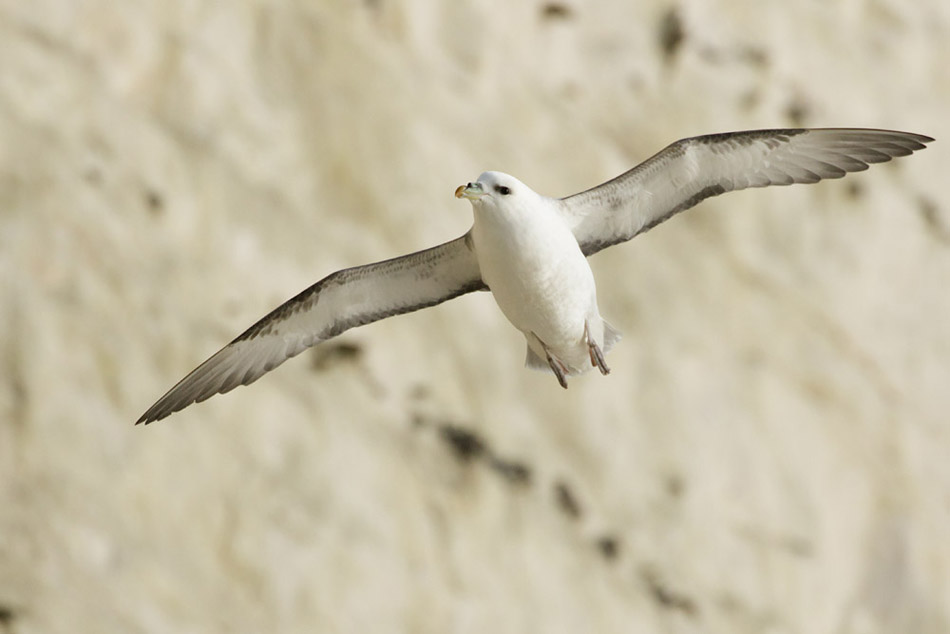 Fulmar flying along the cliffs at Rottingdean

There weren’t many other birds of note around (herring gulls and a few black-headed gulls) so the final shot is of Brighton given a little bit of a postcard treatment. 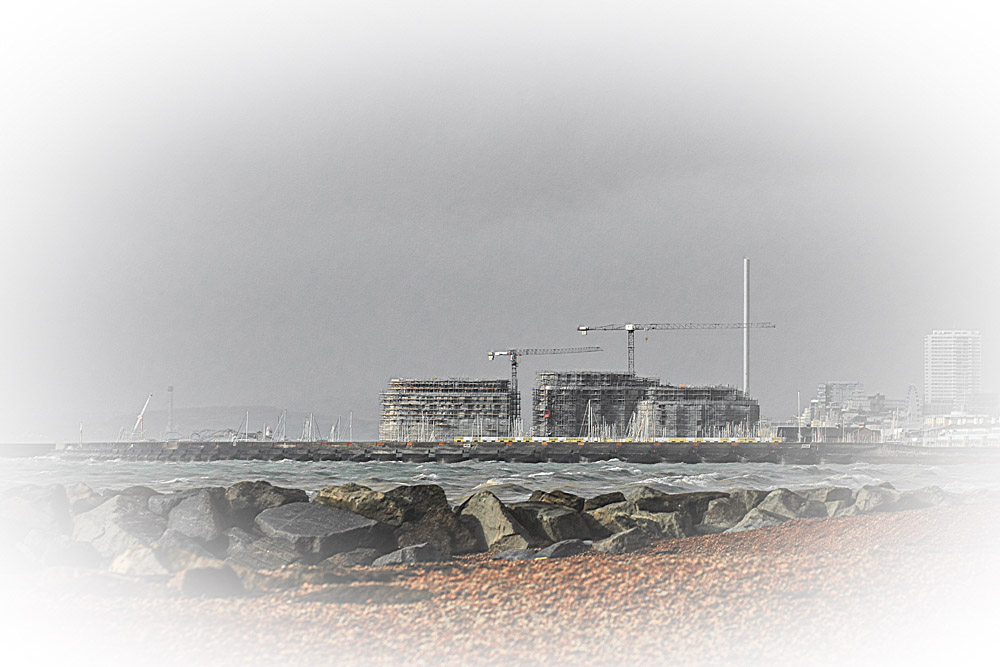 Brighton, viewed from Rottingdean with the marina in the mid-ground and the i-sore/i-360 in the distance.