The weather is holding good. It’s mild, and today the early mists were being beaten back by some beautiful sunshine. Good light makes all the difference to taking photos, especially of common subjects such as these ducks. Each makes a slightly different use of the light, though my favourite is the silhouette. 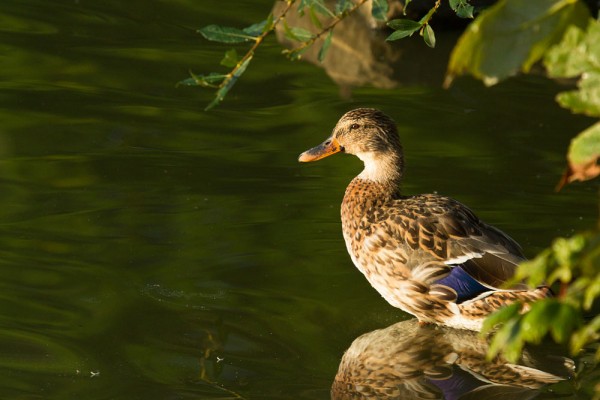 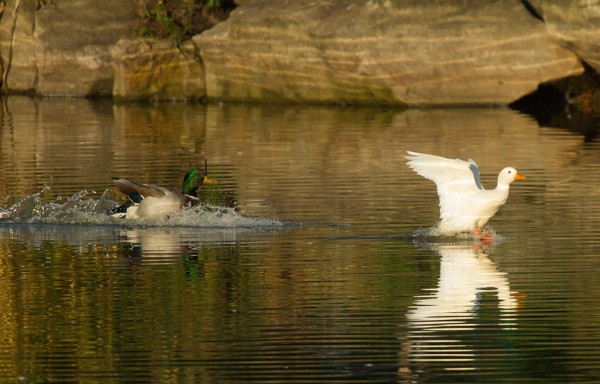 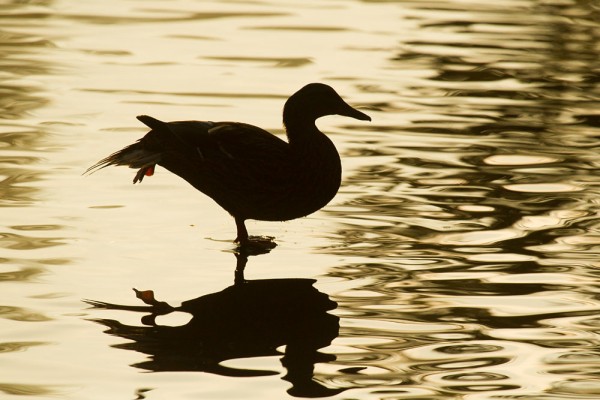 As the sun rises the light loses its quality, but it was still provided some nice illumination of a young rat scrabbling over the rocks. 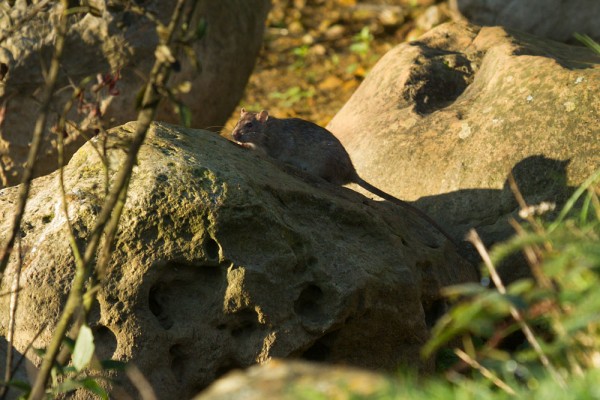 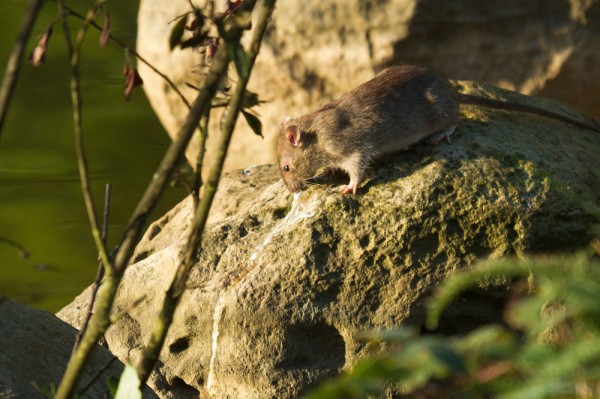 The really special moment came later in the day, with the sun high. I was back at the pond, but for a change looked out into the surrounding fields. At the edge of the woodland fringe a sharp movement caught my eye. As a startled rabbit ran out to safety in the field I spotted a stoat darting through the thick brush. These aren’t the best shots of a stoat, but I see stoats so rarely that I’m not going to leave them out. 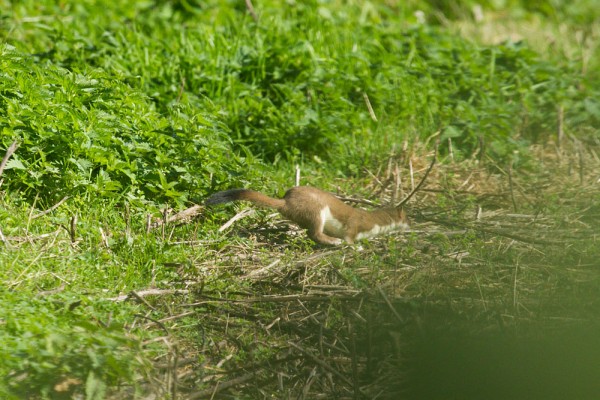 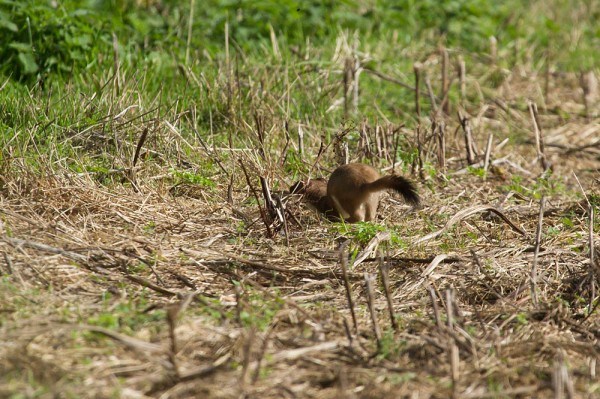 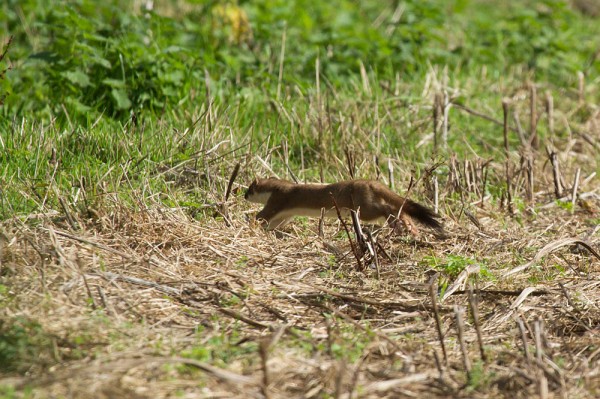 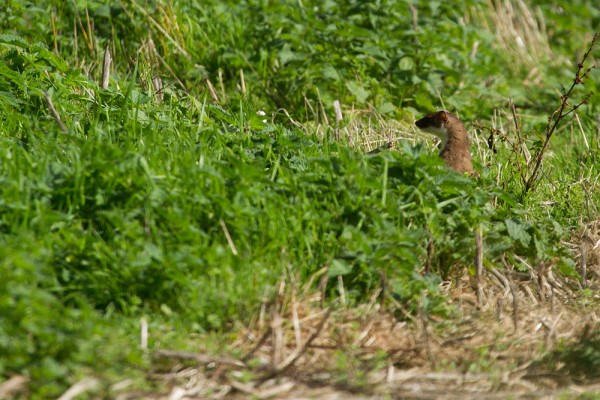 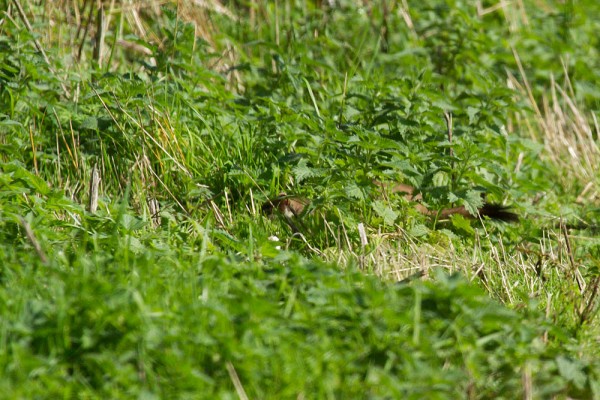 The entire sighting was over in about 8 seconds. Naturally I stayed glued to the spot in case it reappeared, but it wasn’t to be. Wonderful to see though.

It’s always difficult to know what goes through the mind of a fox. They can visit regularly for weeks and months on end, and then disappear (or in the case of our foxes, they become shy and hide away). Pretty was the boldest of the cubs, a very regular garden visitor throughout the summer until she vanished. Until this week that is. She’s decided to return to the garden and has been in and out for several days now, though behaving more cautiously than when she was a cub. This being the weekend, I finally managed to get some photos of her. 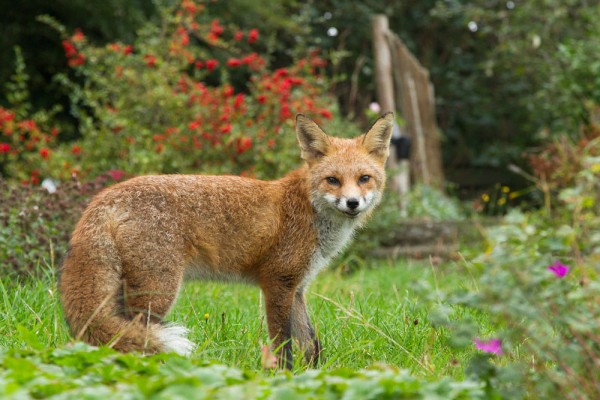 Feeling bold at the front of the garden 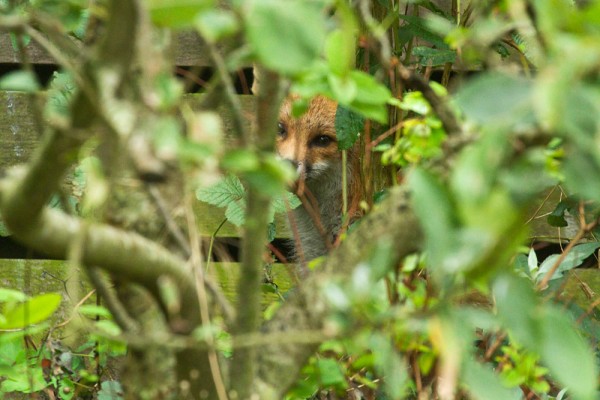 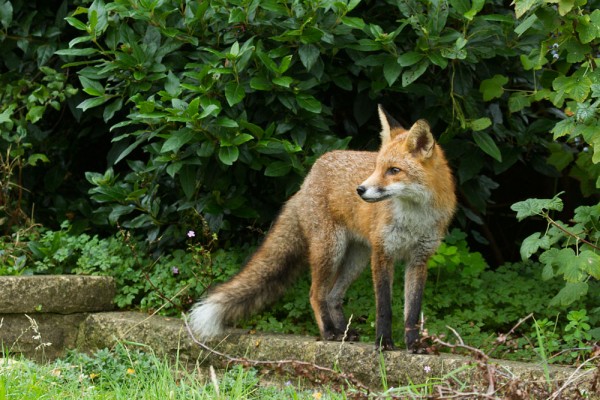 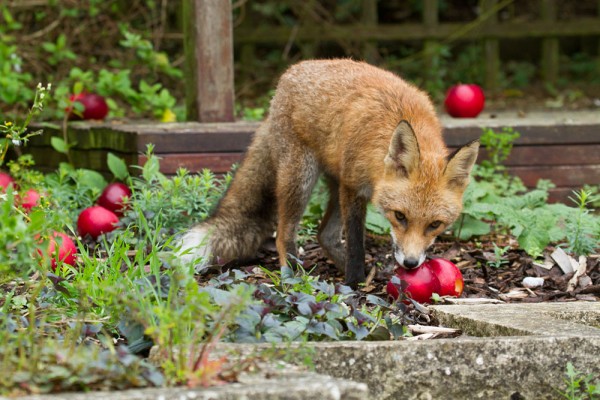 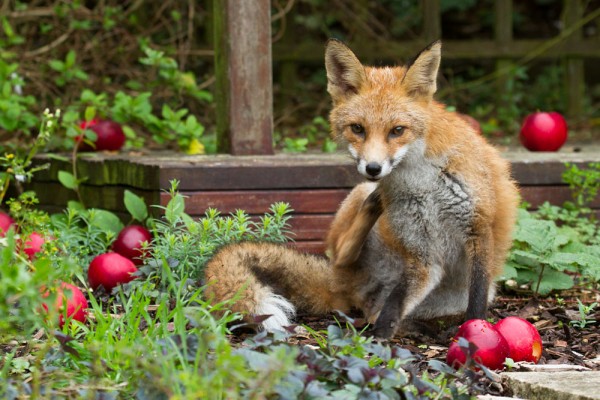 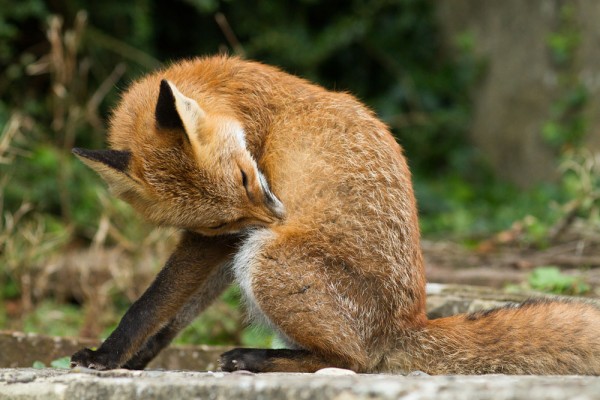 A spot of grooming 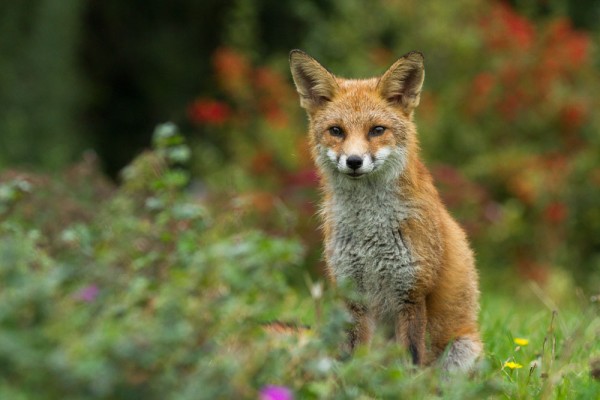 Rats on Friday (plus badger video)

The foxes may be giving me the runaround at the moment, but another local mammal is proving rather easier to capture in the lens. So much so that I’m running out of blog titles for these posts.

There are two sequences here, taken at opposite ends of Falmer Pond. Both feature adult rats. A woman walked past as I was photographing the first sequence. She’d seen something dart into the bushes, paused and then moved closer to look again. I confirmed that, yes it was a rat. She said it looked rather cute! So here’s cute rat number one. It was coming out to snaffle up crumbs of bread left over from duck-feeding on the pond fringe. 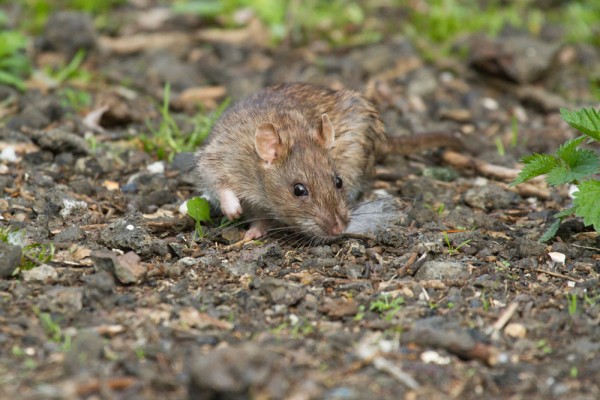 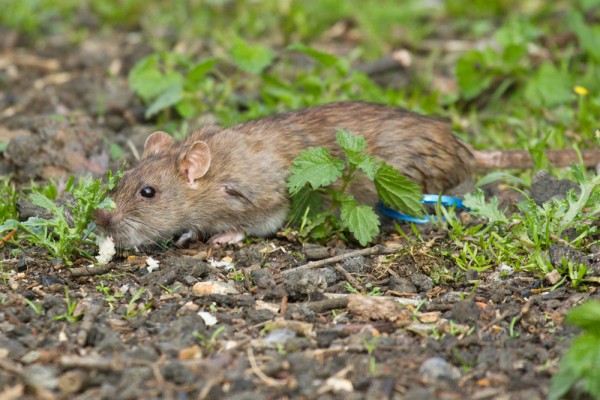 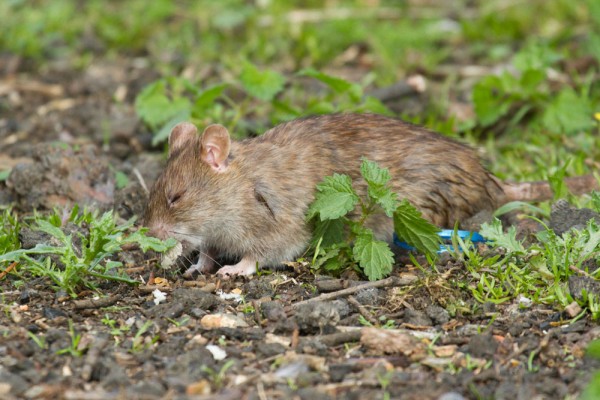 The second sequence was taken at the top of the steep bank at the village end of the pond. This particular rat would appear over the side of the bank, dash forward, grab some seeds and dash back under cover. 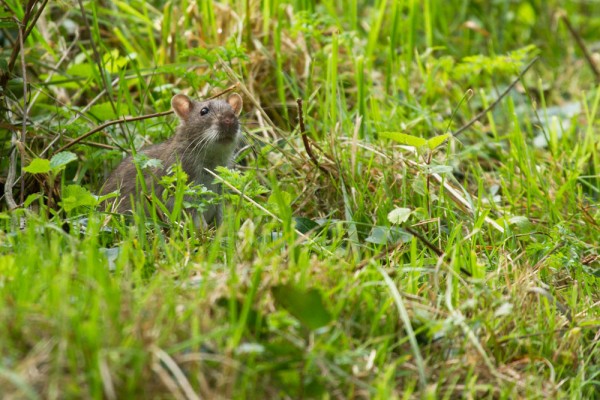 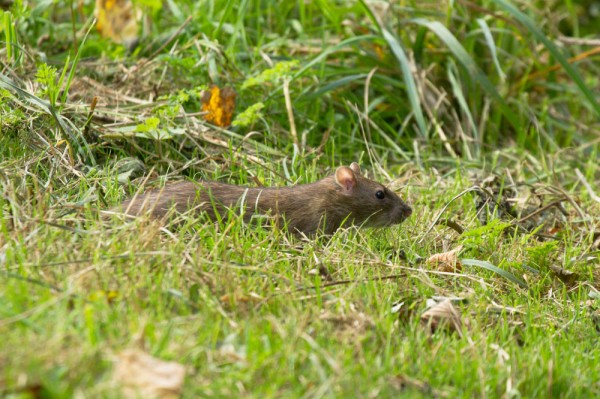 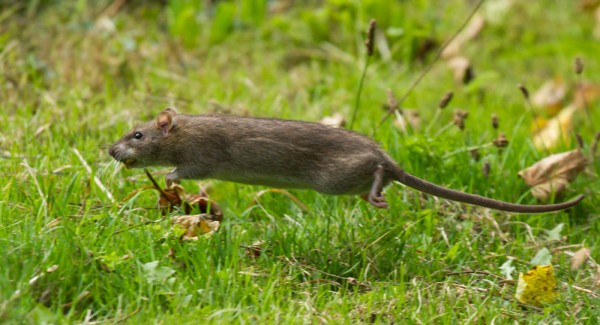 There are still several foxes visiting, a couple of which are bearing typical fox leg injuries: Nicked Ear has a hind leg injury, and another of the foxes is carrying one of its front legs. We’ve also had badgers come and go.

I’ll close tonight’s post with some footage of the badgers, and good thoughts towards those out in the West Country working to #stopthecull