The Frog and Slug

No, that's not a bit of rhyming slang, though it ought to be :drunk: It's another pond life post, the surprise being seeing the slug traversing the surface of the pond, and the frog taking no notice at all. 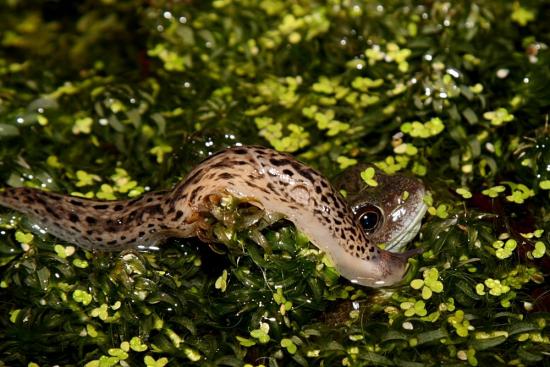 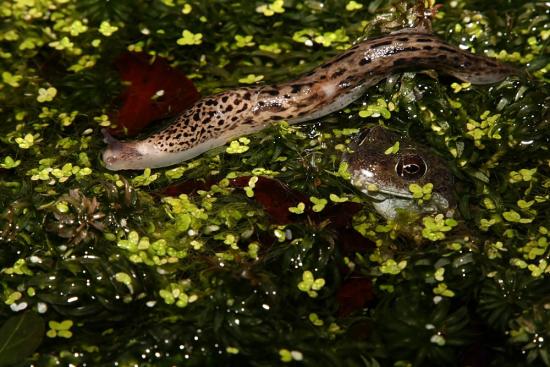 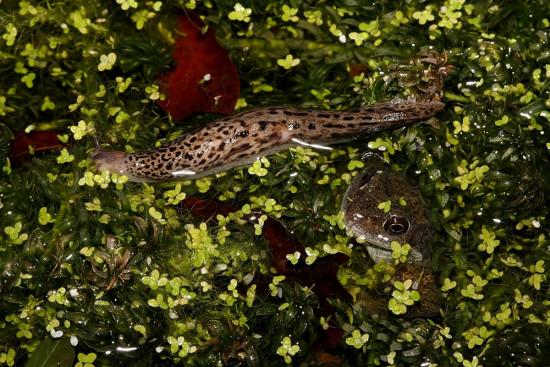 It's good to see any activity in the pond at the moment. It's been frozen over for the past few days but the temperatures are more moderate now. I presume the frogs and newts are burying themselves in the mud and leaves at the bottom during the colder weather. Tonight was mild enough though to bring at least this one to the surface. One of the newts also put in a brief appearance, but was being somewhat camera shy and most of the shots are of rear legs and tail. As for the foxes, the old fellow was around last night but hasn't shown up today. Instead we were treated to the shy fox nipping across the garden during the day, and an almost identical repeat performance this evening.

This entry was posted in frog and tagged frog and slug.