Birds, bees and an encounter with a rose bush

Strange weather today. It started bright, turned hot and muggy and then clouded over and was quite cool by evening. I mowed the lawn during the 'hot and muggy' phase (and managed a few photos as well).

First the bees, which were enjoying the warm weather. The first shot is fairly standard fare, but the second is the first time I've seen a leaf-cutter with some leaf. It landed briefly by the side of the pond, before taking to the air carrying its load with it. 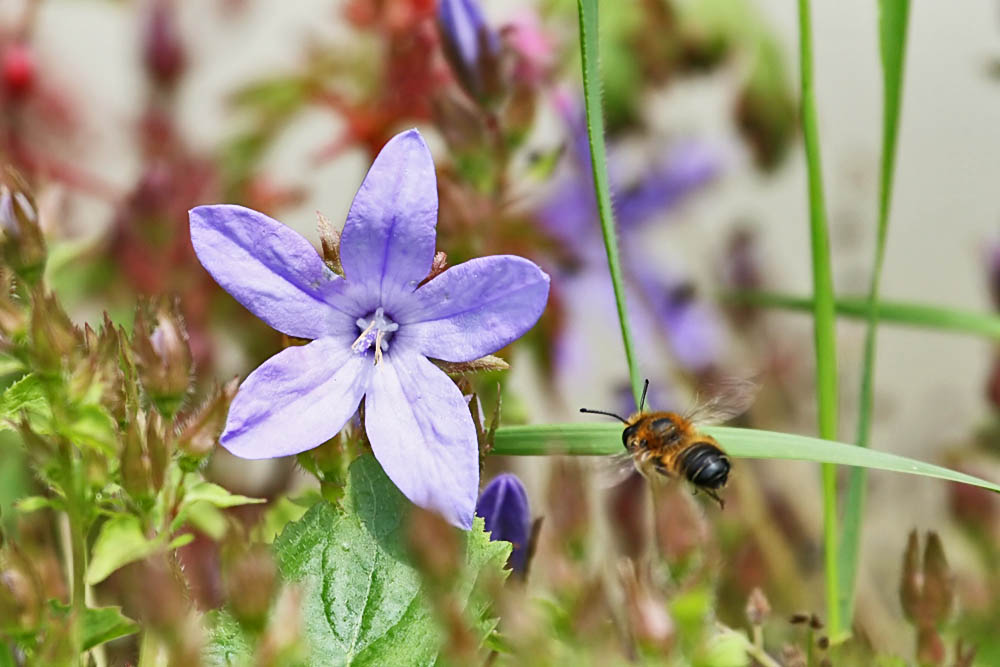 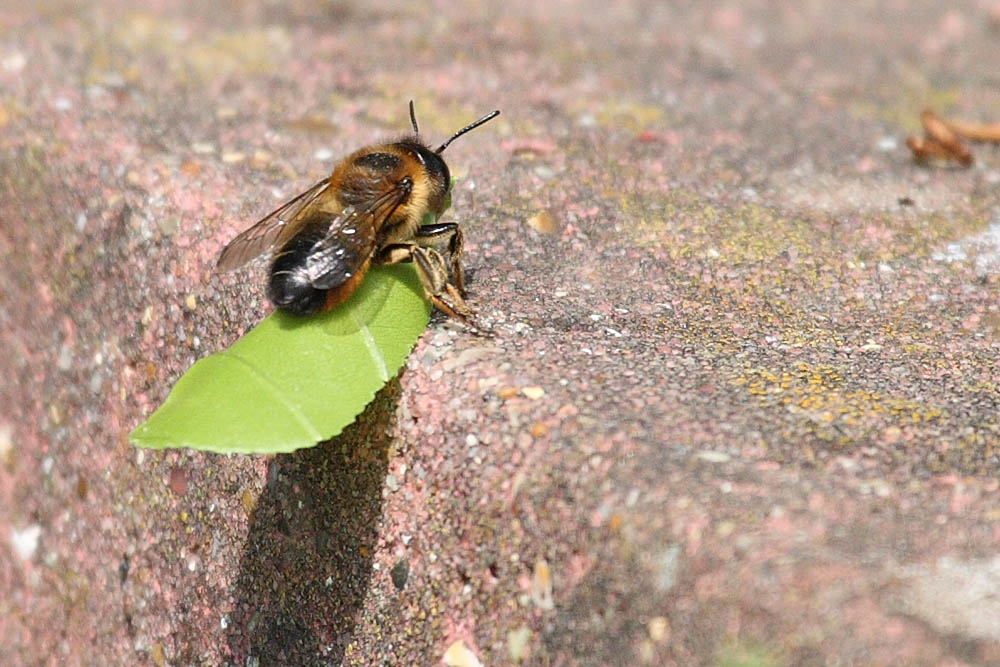 As for the birds, there was good variety of the usual (gulls, crows, magpies), and a couple of more interesting sightings. 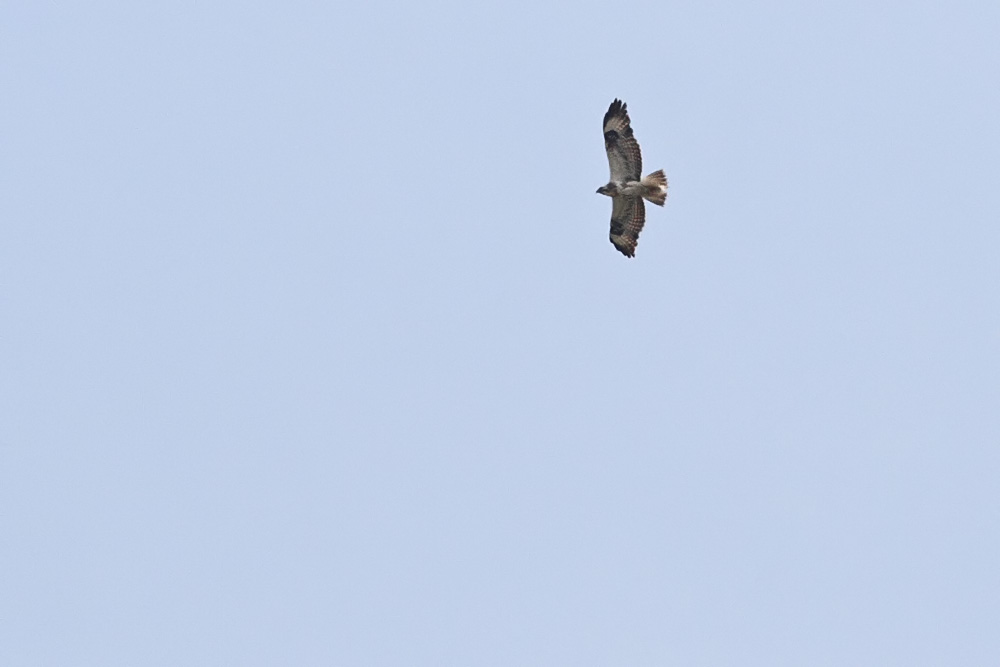 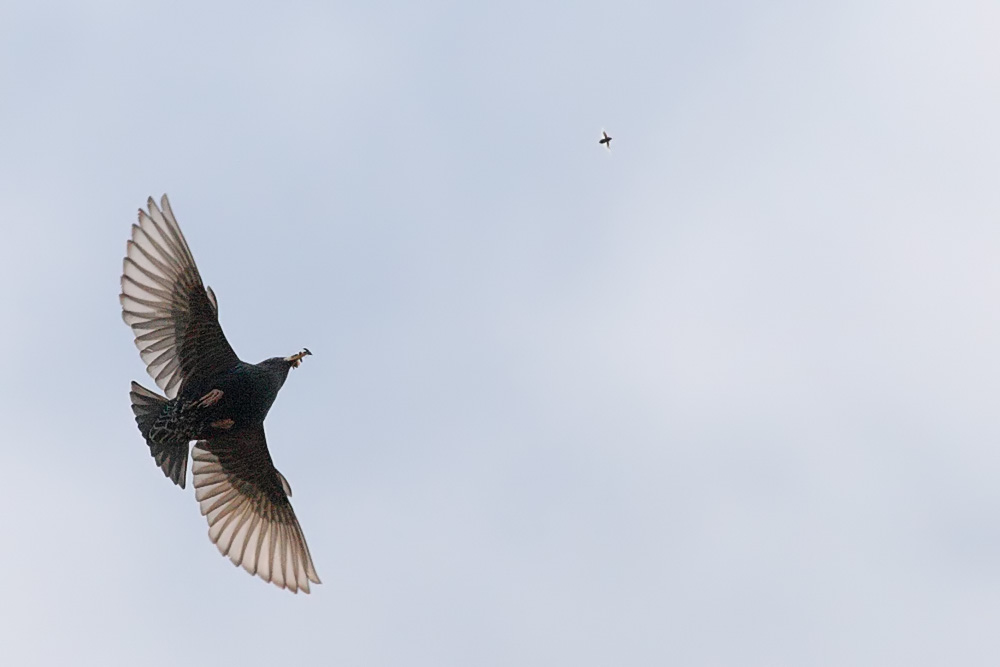 Starling catching food on the wing 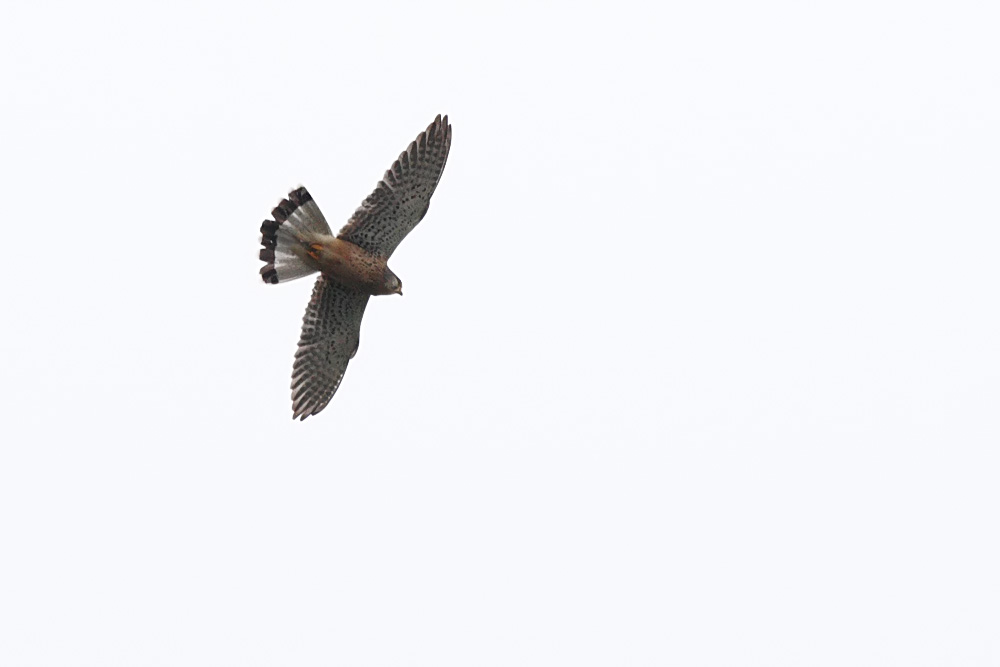 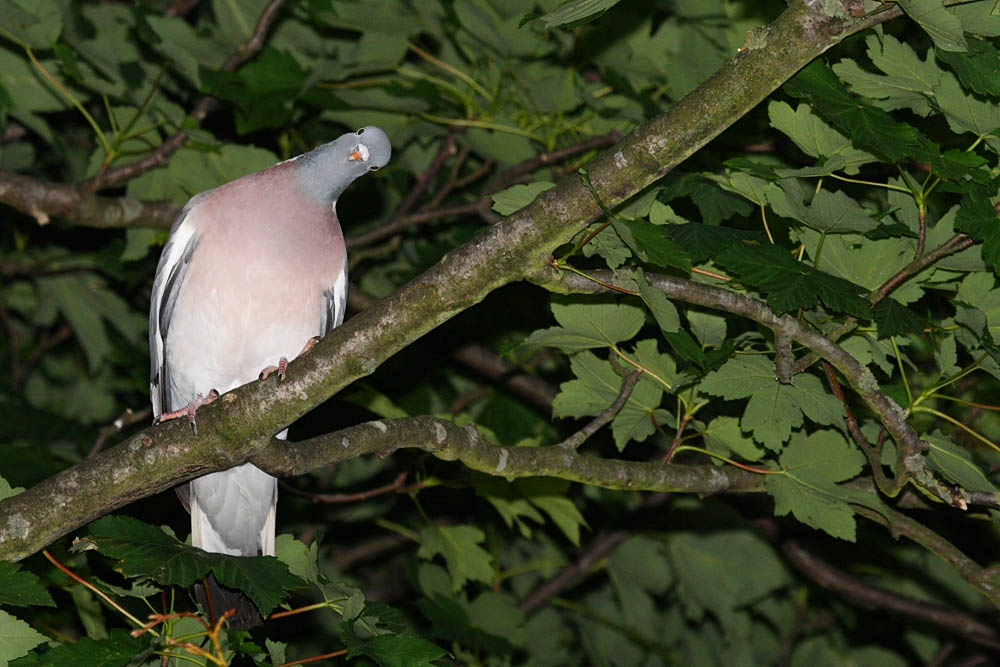 Pigeon bemused by the flash! 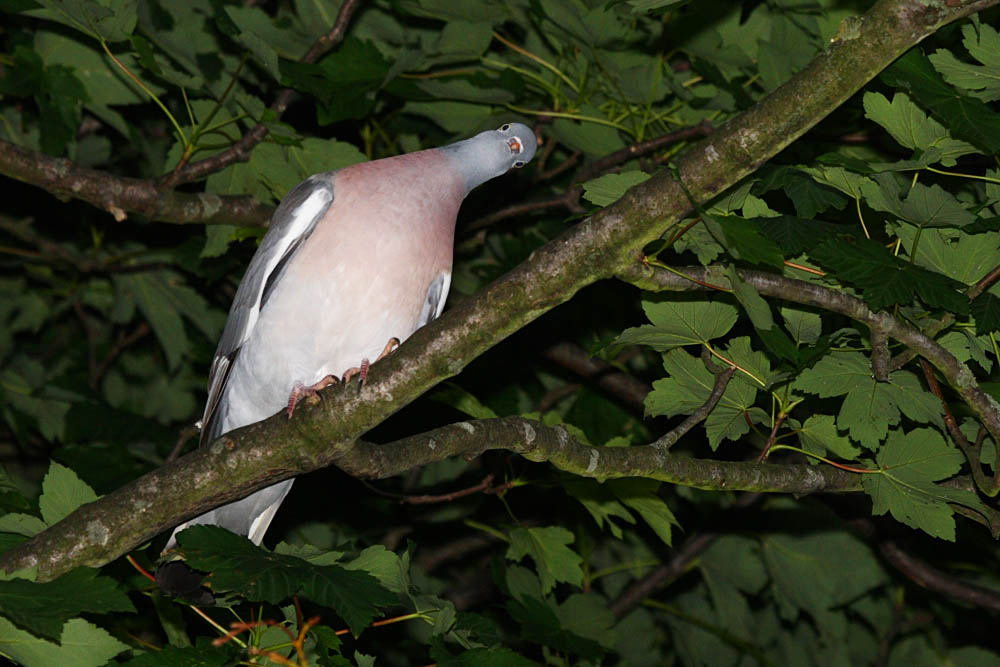 The red damsels were flitting about as well, and I had fleeting sightings of tits and sparrows as they dived into the thick canopy of the beech trees. There are young in there somewhere. I can hear, but I can't see them.

The old dog fox was back this evening. On his own for a change, which may account for some of his odd behaviour. I'm not sure what caused him to do it, but he decided to crawl under our very dense, very large ground-cover rose bush. Its thorns are dense and sharp as razors. No wonder they pick up injuries! 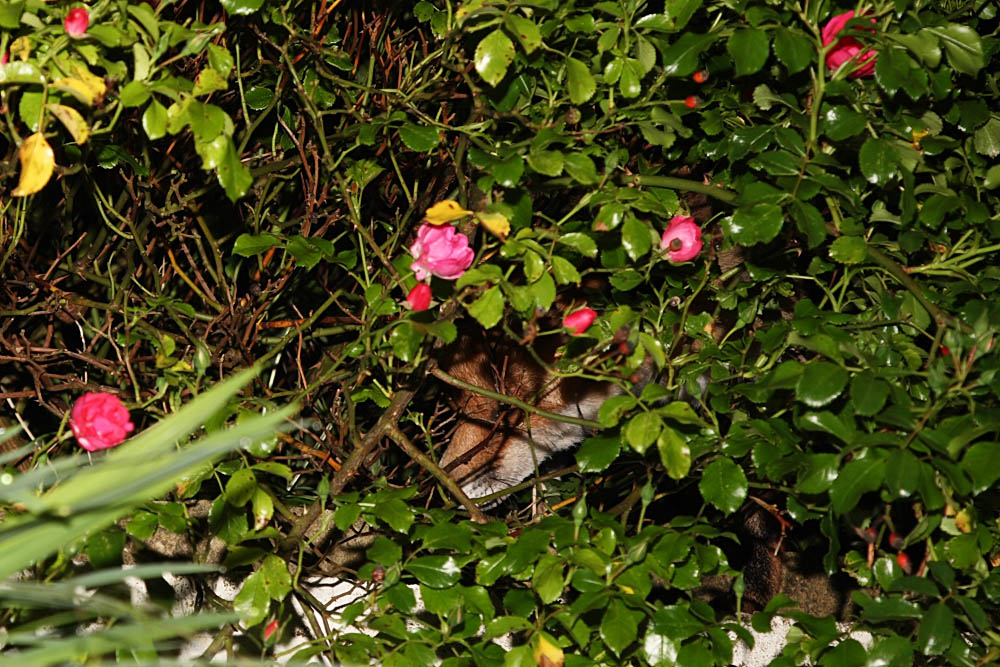 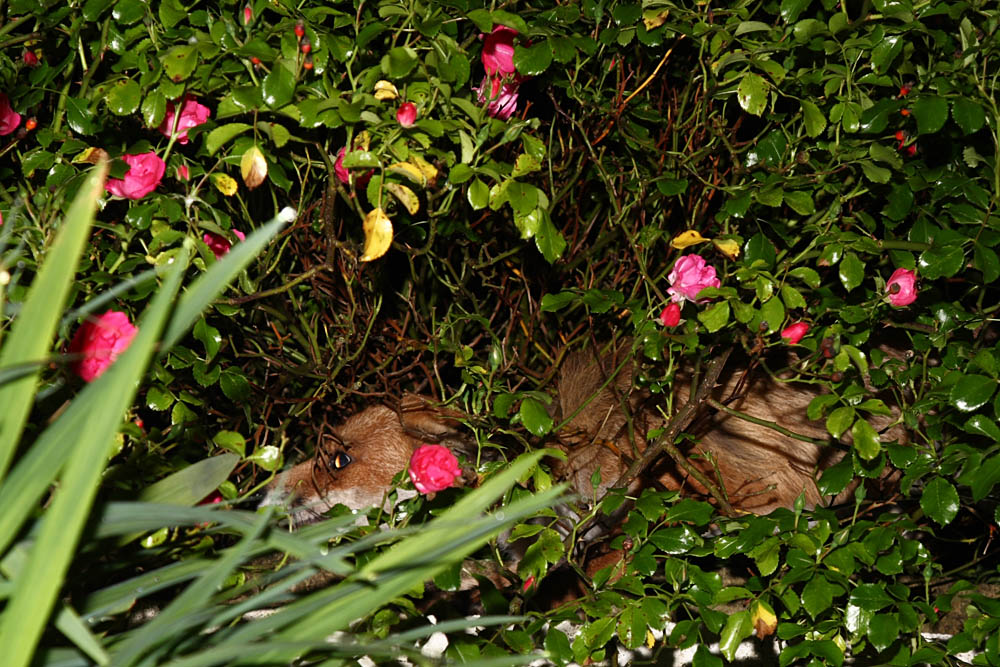 Er… maybe not such a great idea…

This entry was posted in Bee, Birds, Foxes and tagged bees, birds, fox.