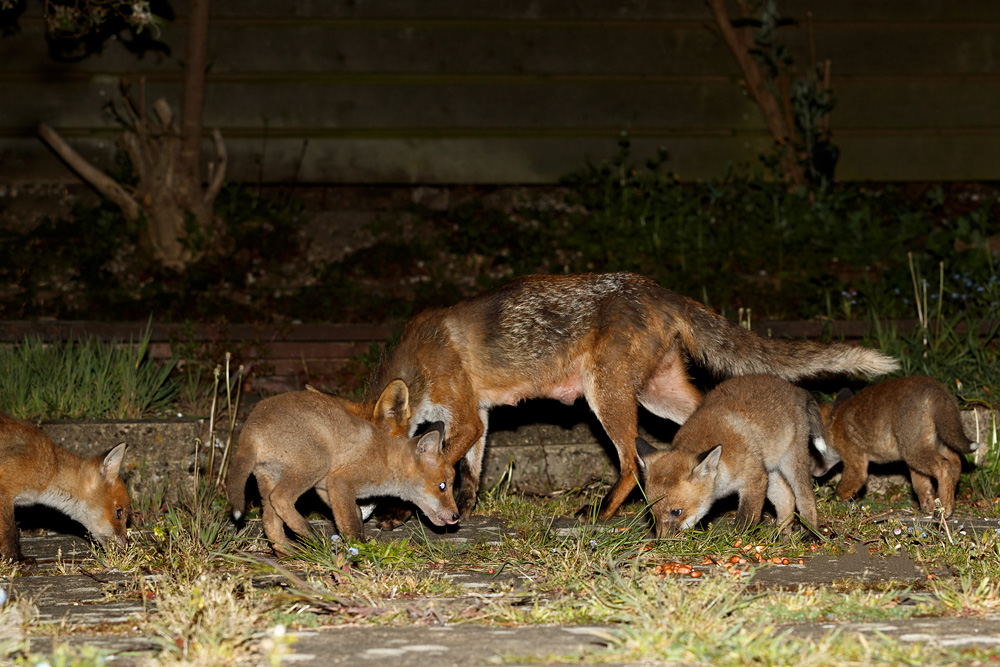 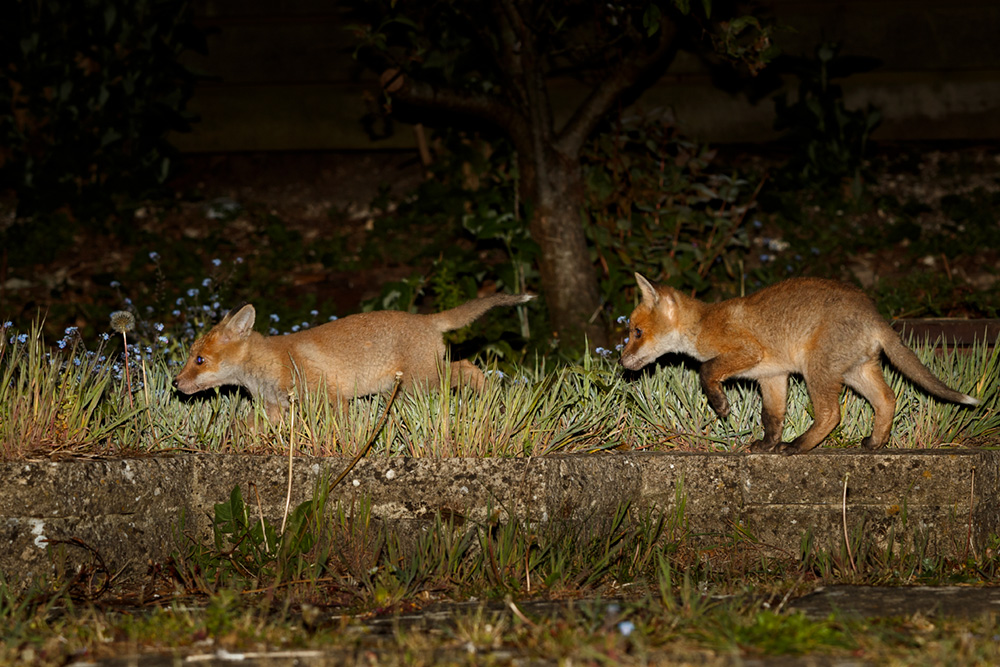 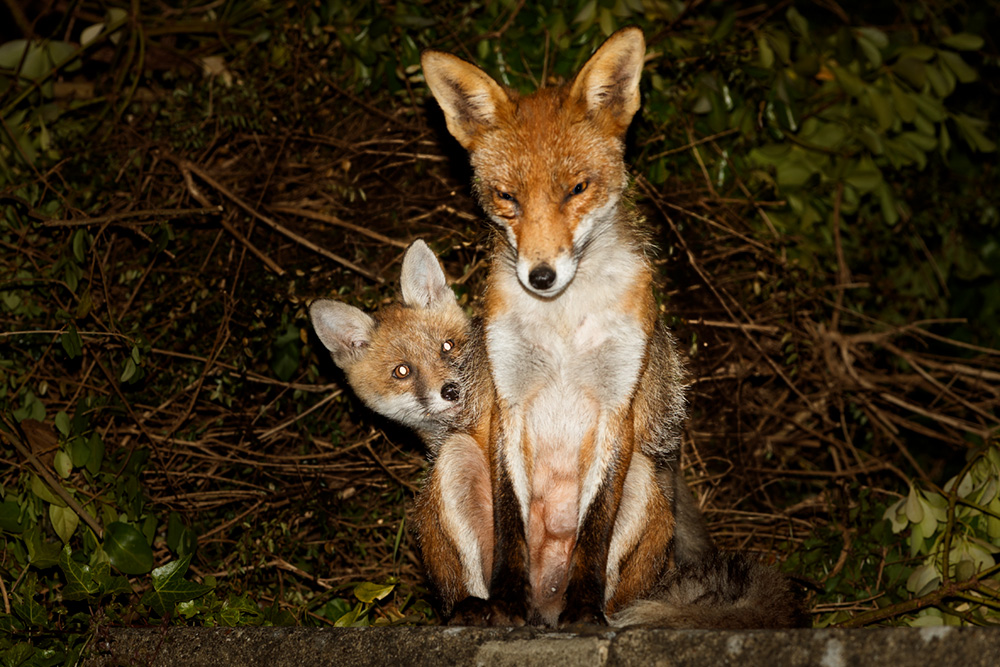 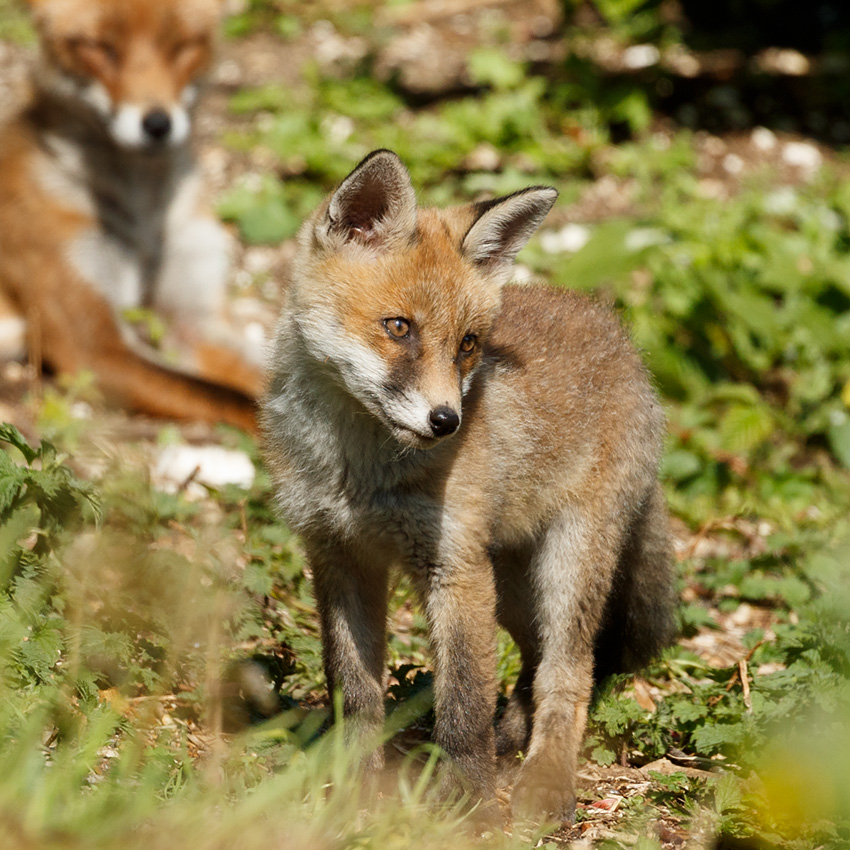 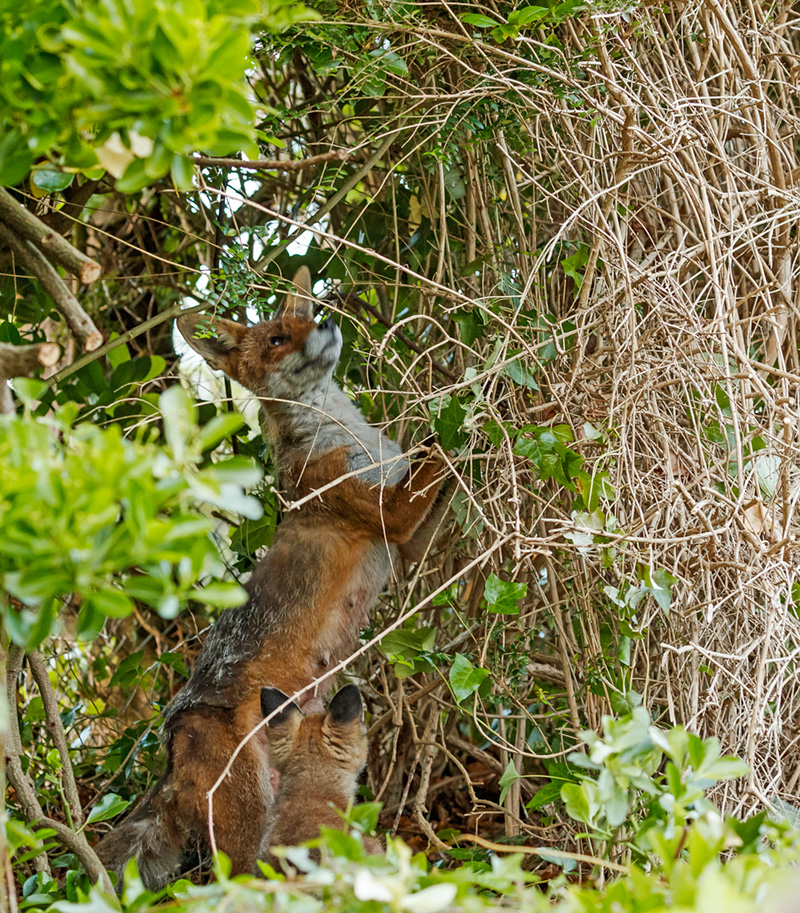 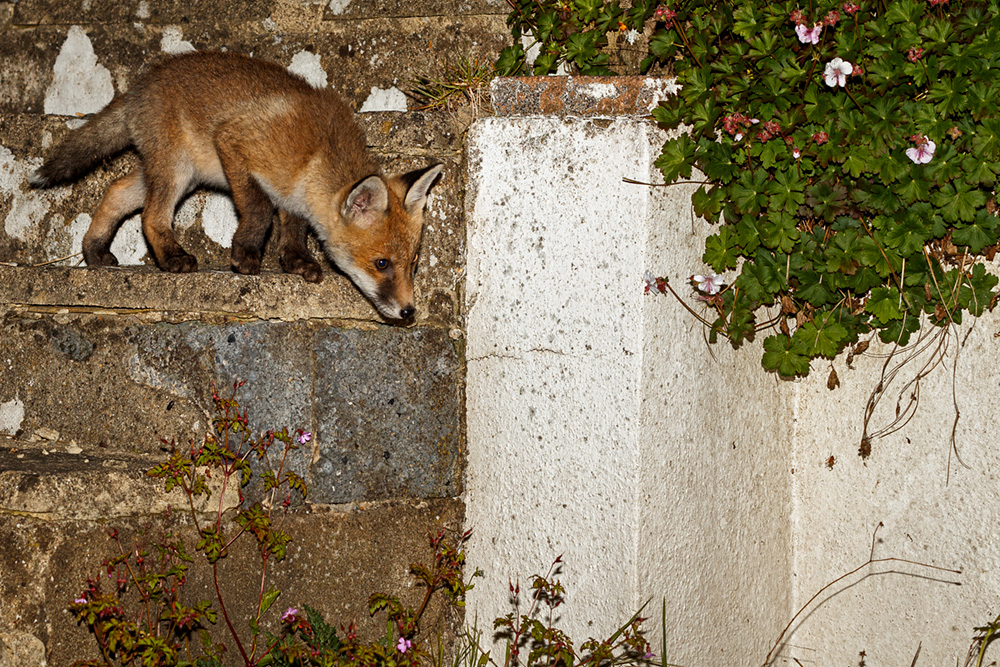 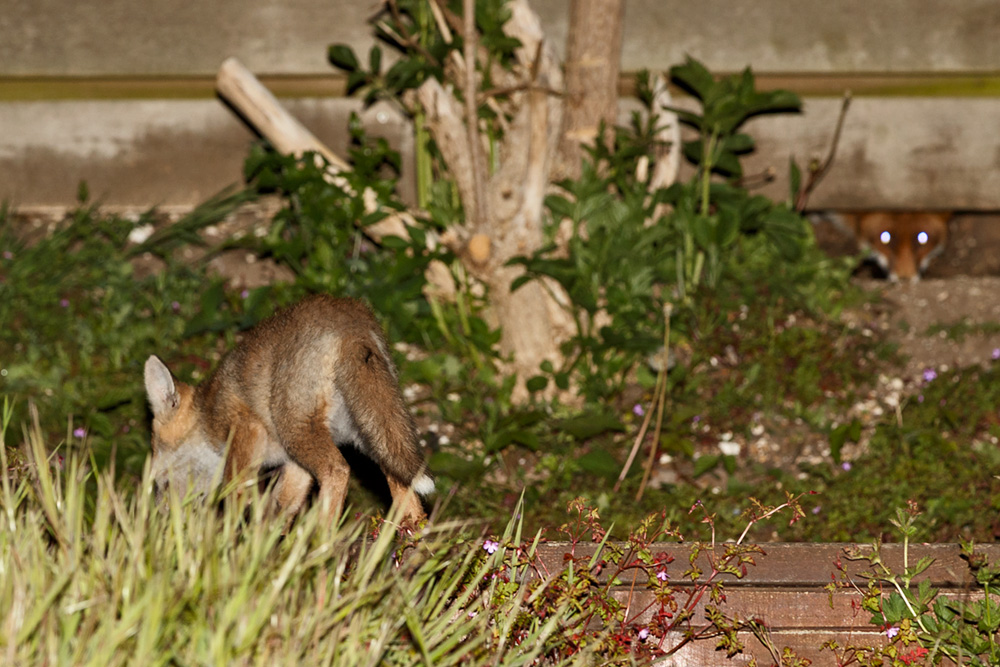 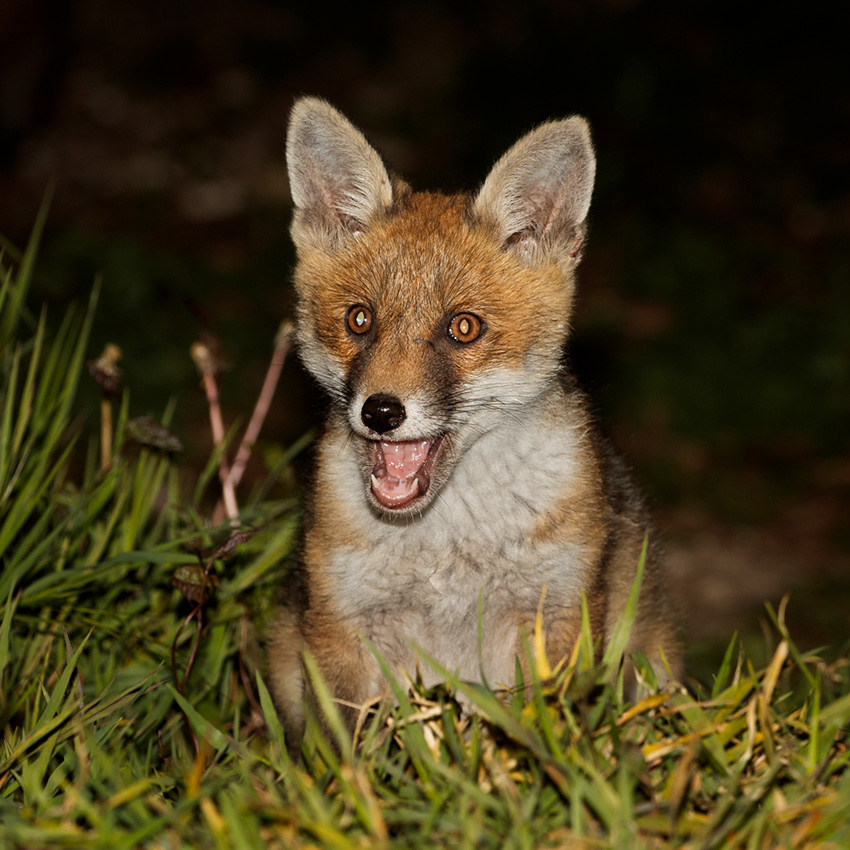 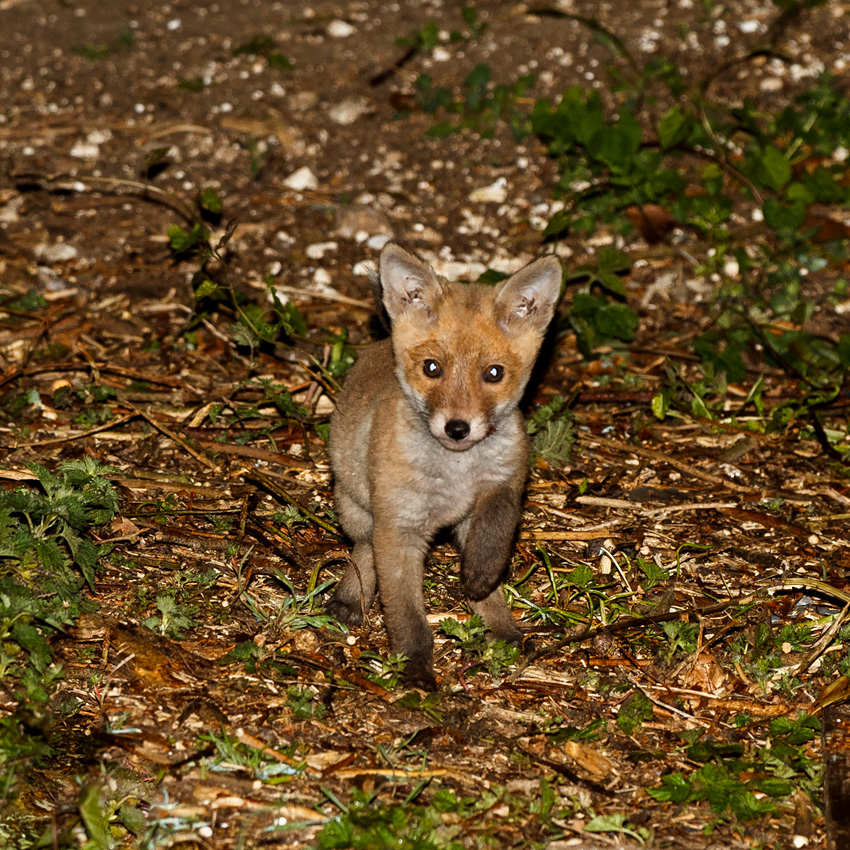 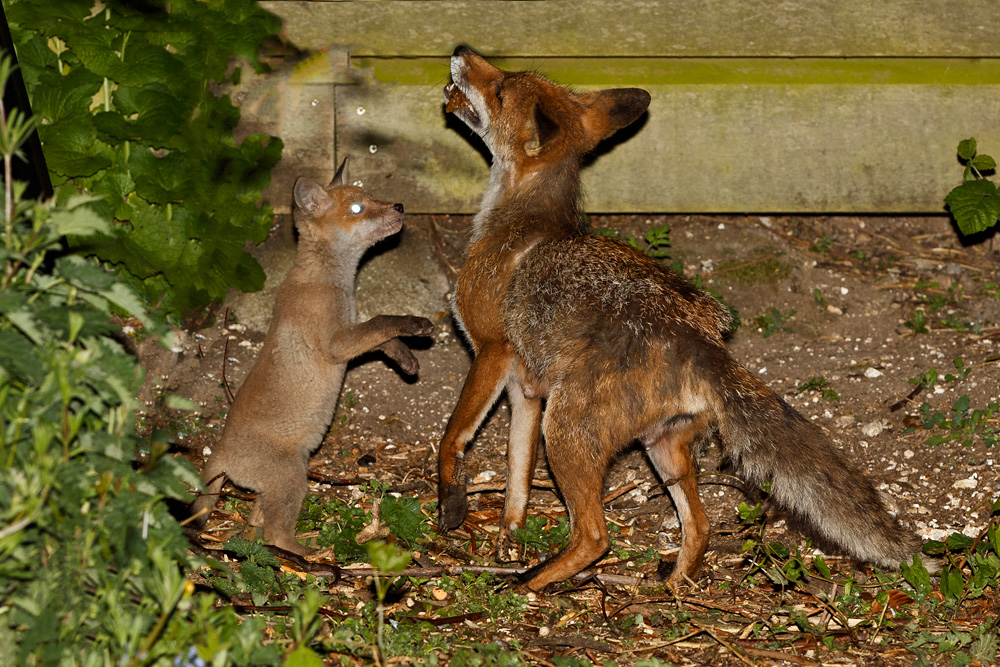 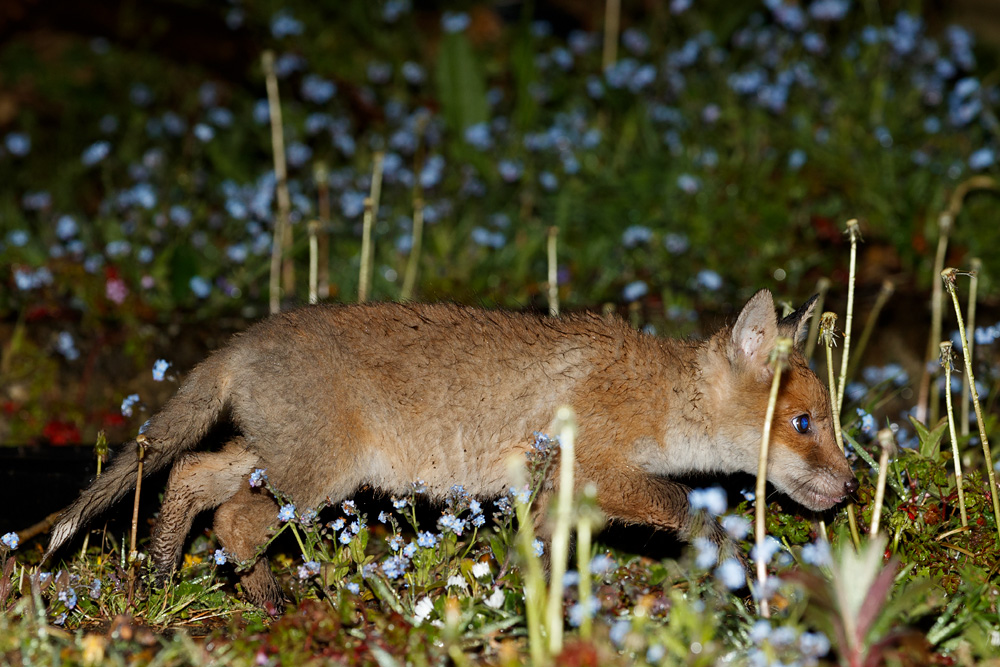 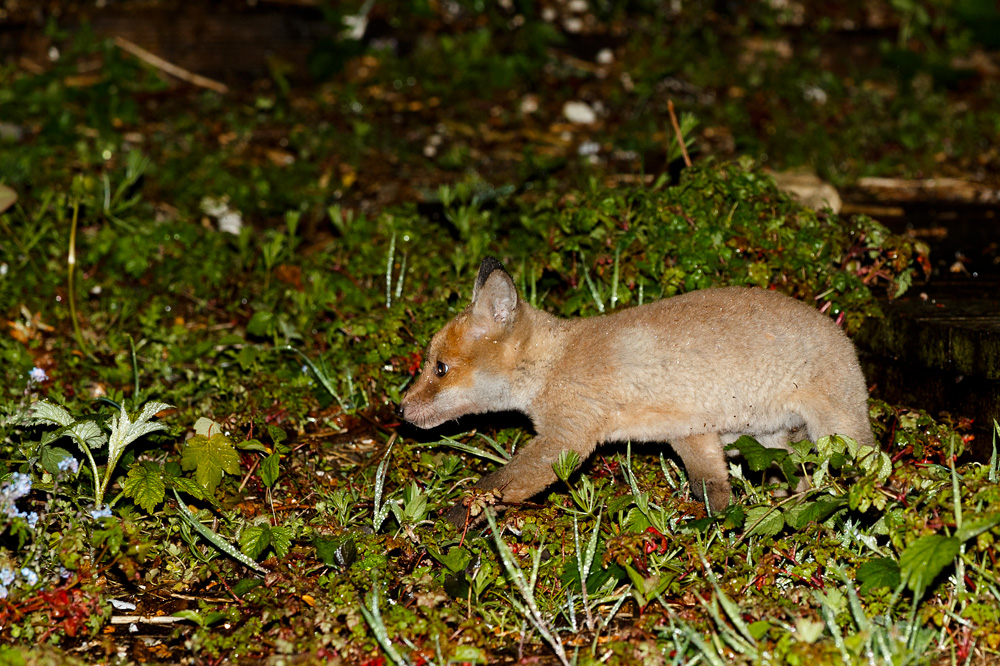 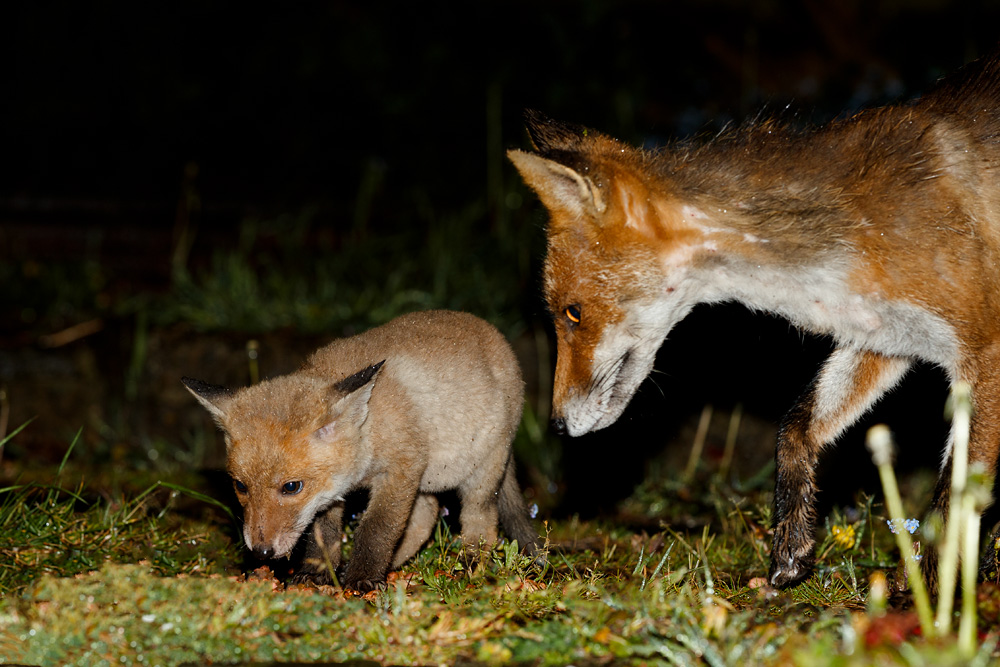 Starting the Year with a Fox

January has generally been a fairly quiet month for our garden foxes. It’s the time of year when they are busy breeding and establishing dens in preparation for their new cubs (expected March/April, though they can be earlier). The previous season’s cubs will often have been driven away from their birth territory, and even those who remain tend to establish new, more cautious habits. Watching them becomes tricky (and has often required hours of standing out in the cold for little more than a fleeting glimpse).

That’s why the appearance of Wolfy over the past few weeks has been such a welcome surprise. He was one of the 2018 cubs. A small, grey/black young fox with a cheeky temperament but always something of an outsider from the main group. 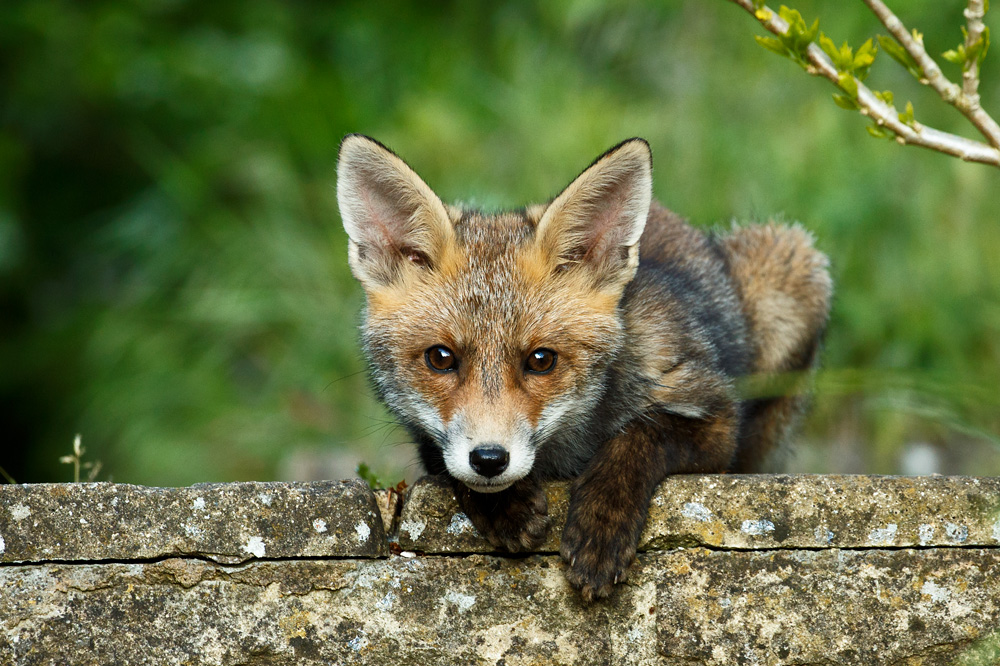 Over the past few weeks he has started showing up again (after a gap of a couple of months), and slowly I am regaining his confidence. At first he would retreat to the cover at the rear of garden at the slightest movement or sound. Slowly though, he has let me creep closer. 10 metres…8…6…5… And last night he was comfortable enough to explore the flower beds just alongside me (maybe 2 or 3 metres gap between us). 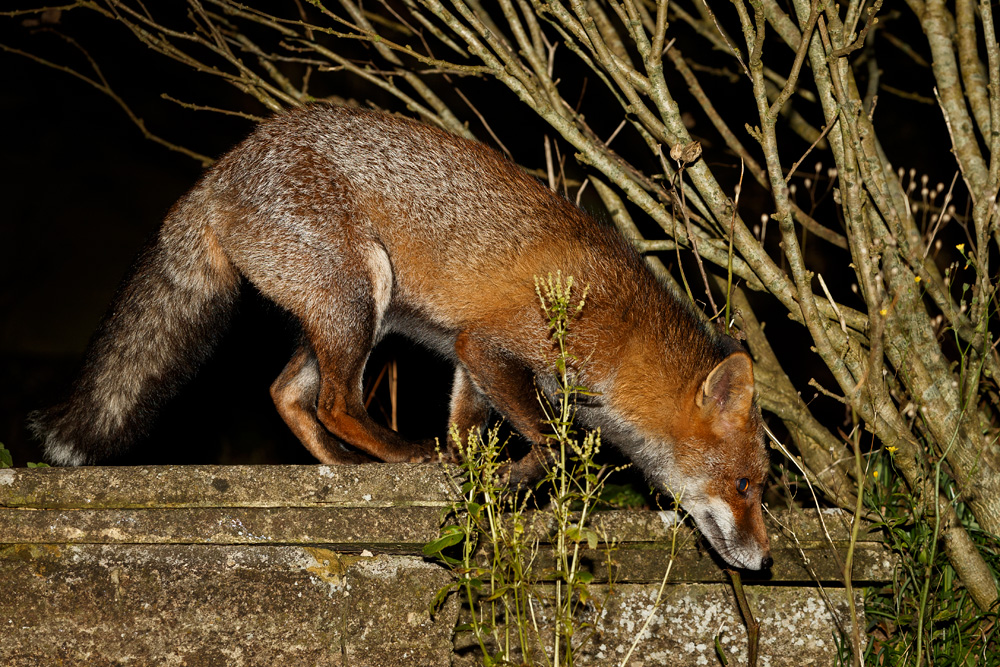 Stepping down into the garden 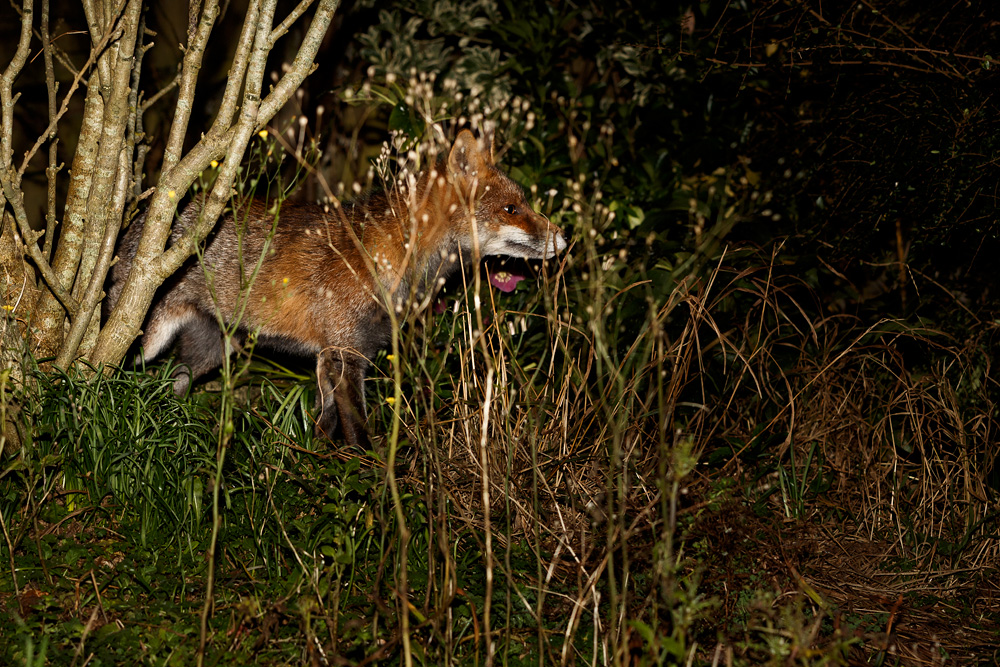 Pausing among the plants 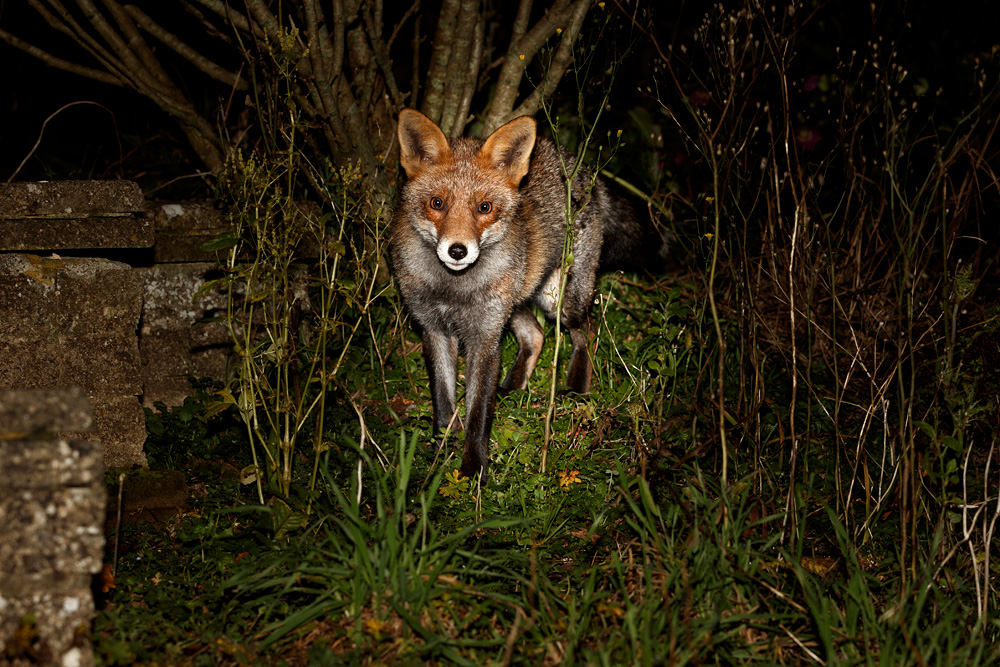 Watching me watching him 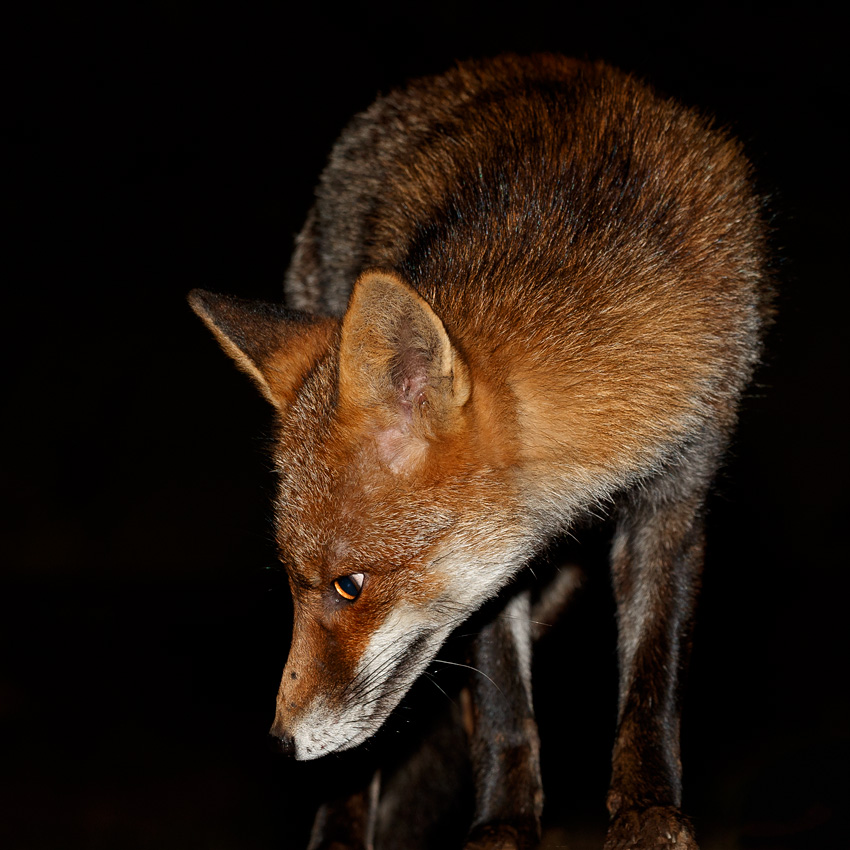 He even posed for a classic portrait shot.

Pretty, the vixen, has only been by once or twice in the past few weeks, but I suspect she has other things on her mind. She’s coming up to two years’ old so this is a prime time for her to have her first litter. With luck she will find a den nearby. And with more luck we’ll have a whole new family of foxes in 2019.

Finally, just a note on the website. I’ve made a number of small adjustments the most obvious of which is the ‘cookie bar’ at the bottom of the page, but the very sharp-eyed may have noticed some small stylistic changes as well. These are simply to keep the design template ‘current’.