Easter Time and the Sun is Shining

More of the same, but that's no bad thing when it means uninterrupted sunshine. On days like today, the garden is always worth checking out. There are the butterflies. I seem to be seeing more orange-tips in the garden this year although they are being evasive when in front of the camera. Instead I'll post this rather battered (but much more cooperative) speckled wood which was resting at the back of the garden. 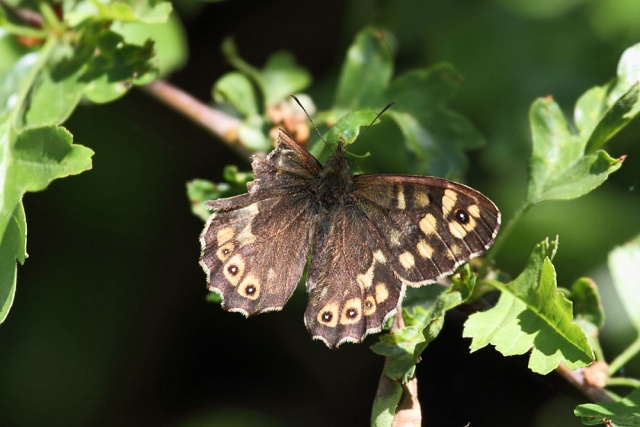 Also increasingly evident are the hoverfly. 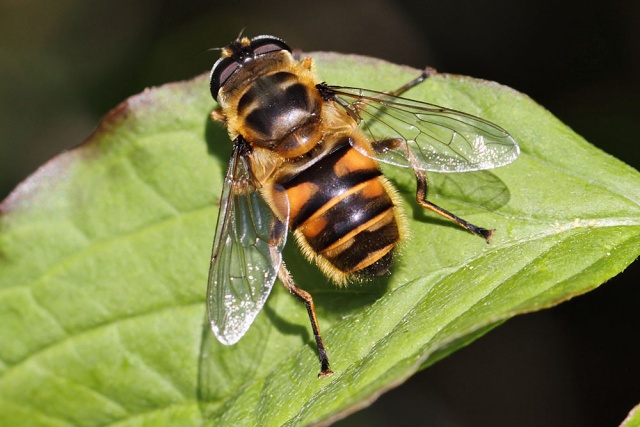 And just along from that I saw my first damselfly of the season. 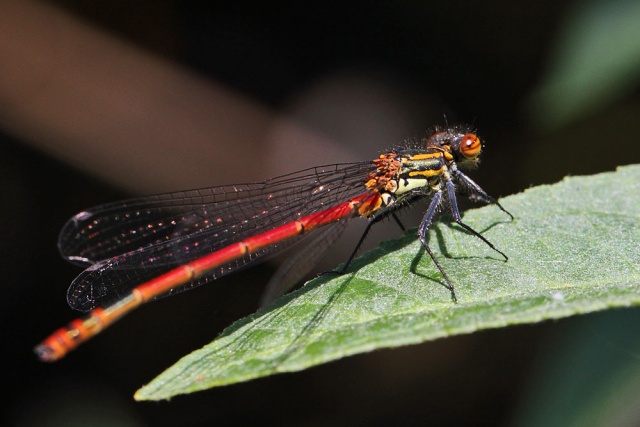 I did check out the local pond and have started gathering some short video clips which – when I get time – I'll edit together. For now, it's just the photos. They're cute though 😉 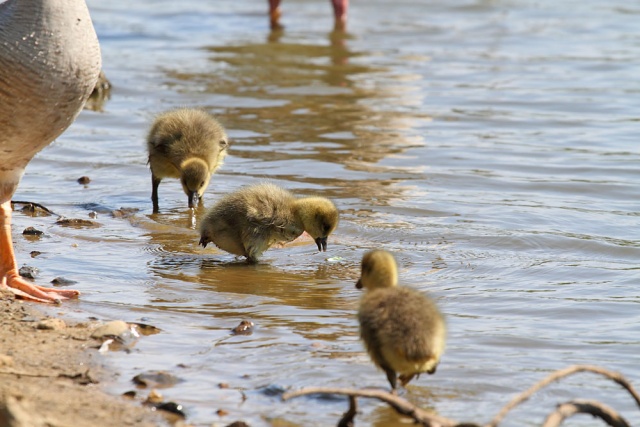 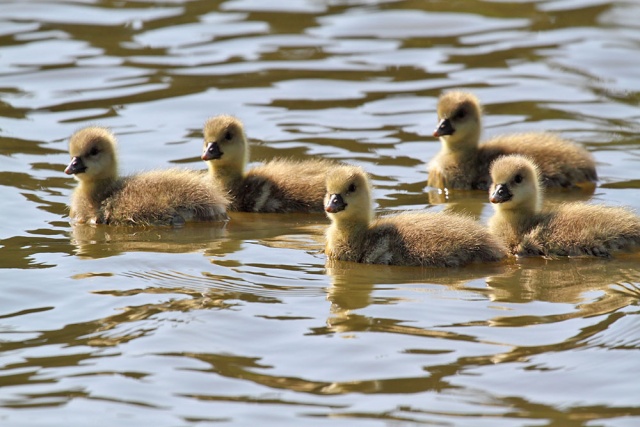 Overnight the new moorhen nest appears to have vanished! :alien: My suspicion falls on either the large fish that were thrashing around the nest, or the mallards. There's a group of about four males which have been aggressively patrolling that part of the pond for the past few days. It wouldn't surprise me at all if their thrashing and fighting hasn't spilled over into the nest area. The little ones are fine though, and being well looked after by the adults. 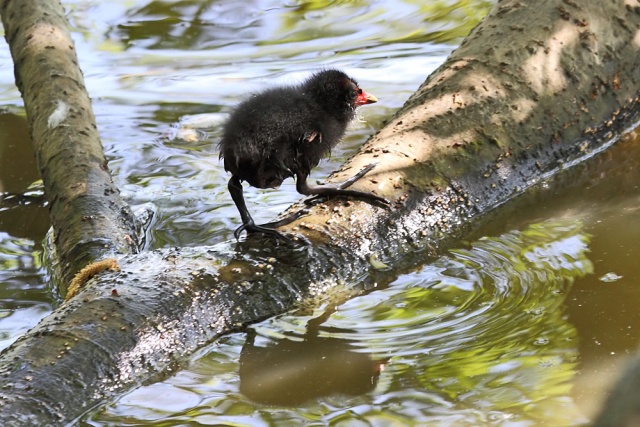 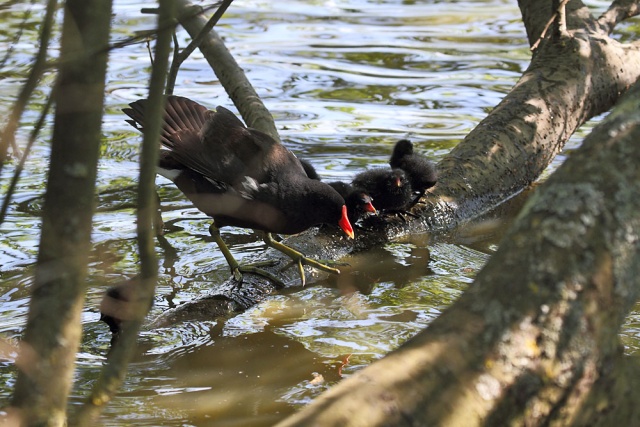 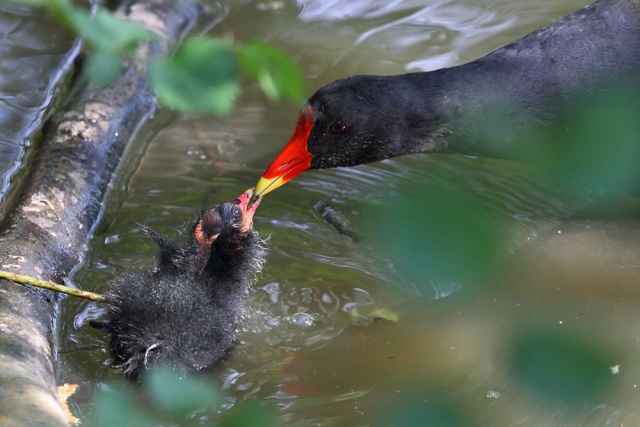