It was a unseasonably mild day today, with blue skies and almost no wind at all. Perfect in other words for taking a stroll along the Undercliff walk between Rottingdean and Brighton Marina.

Just four photos from the walk (an easy 2 miles in each direction). The first is the only wildlife shot (am I branching out? Probably not). It’s one of the rock pipits that scoot around the cliff face and occasionally pose for photos. This was taken near the tea rooms on the Undercliff. 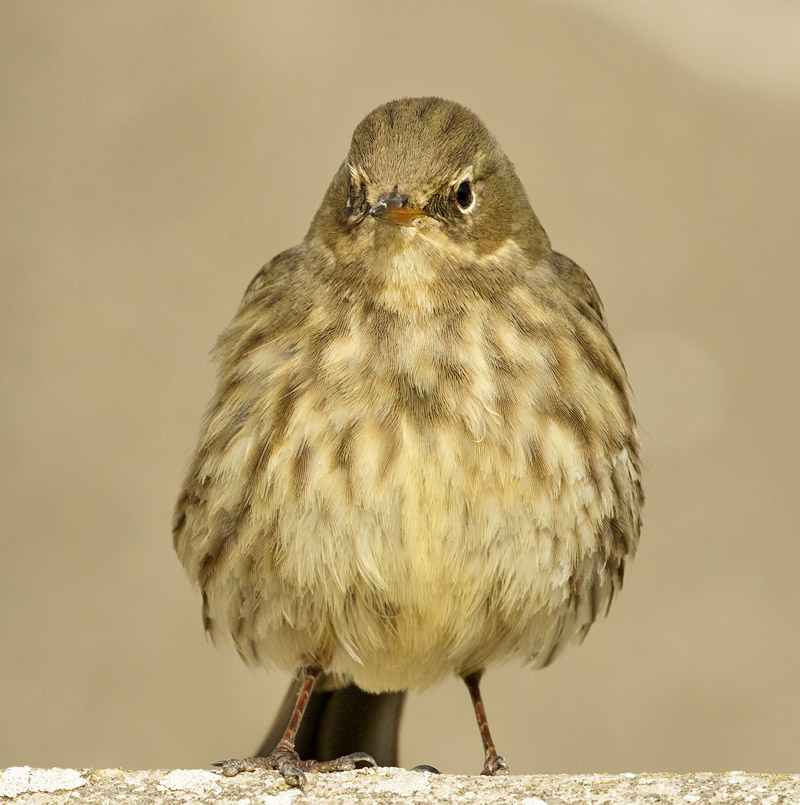 Next up is the Marina itself, effectively the half way point on the walk there and back. I’ve converted it to black and white, but other than that it’s just a typical view. 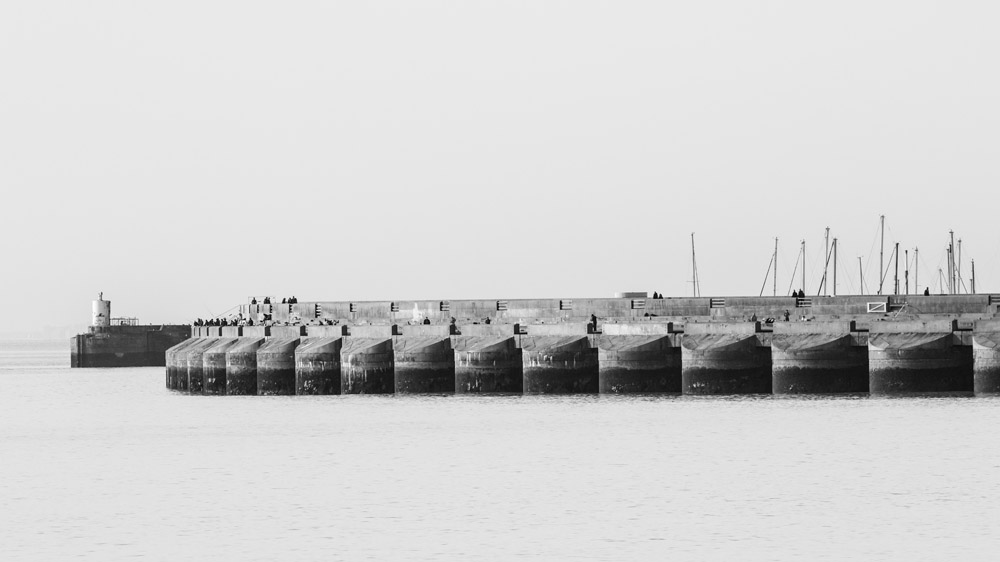 Another animal next, but a domestic one. The dog was enjoying itself chasing a ball, which it would carefully place in a rock pool and then bark until its human waded in to fetch it out again! One of my better ‘running dog’ attempts. 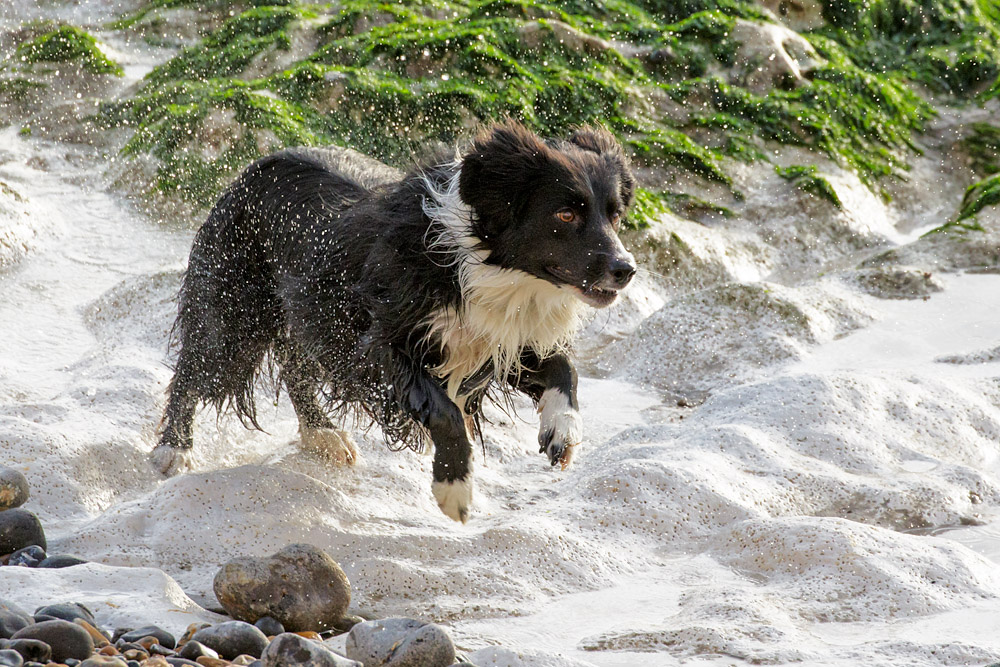 The last shot is a really nice example of graffiti painted on the one of the wooden groynes. It looks fairly new but I liked the balance and simplicity of it.